I’ll try both those recommendations. Also of mention, a ton of add-on content has started cropping up by users out there. And a lot of it is scenery additions. I expect in a few months we’ll start having super packs of all the good stuff.

Looking forward to some screenshots. I’d love to fly, but I simply have no time to properly immerse myself in a flight simulator at the moment.

I suspect the hill is represented well, but the statue is probably a house, if it’s not a flat texture.

I suspect the hill is represented well, but the statue is probably a house, if it’s not a flat texture.

Winner! the mound looks right but the game didn’t know how to extrapolate walkway/steps and the Lion into the game. I expect someone will update this with a fix as it seems popular. It also seems less stark in height than the pics on Google. 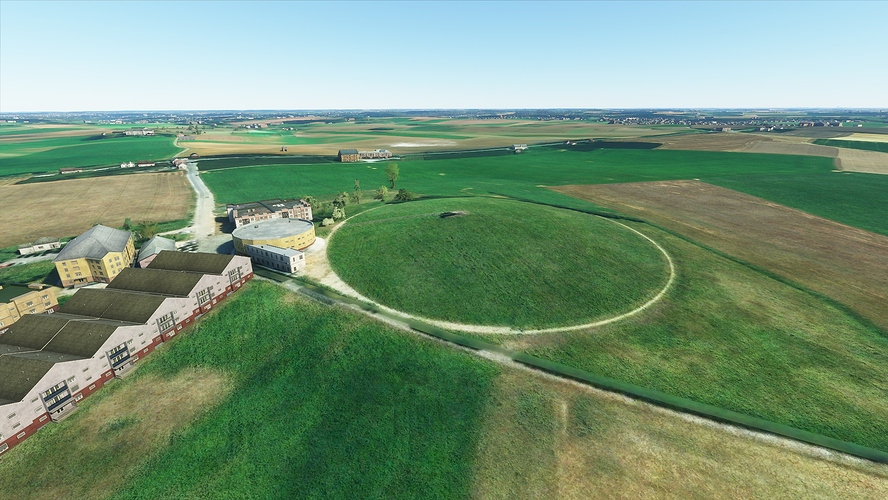 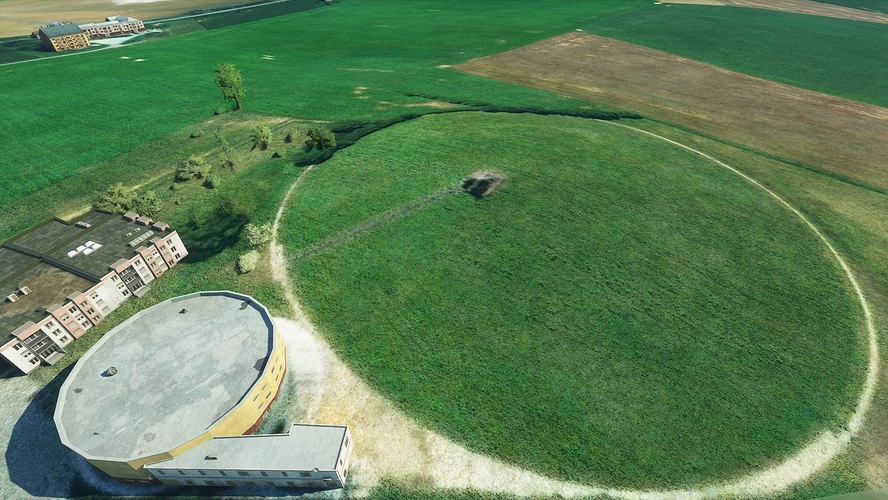 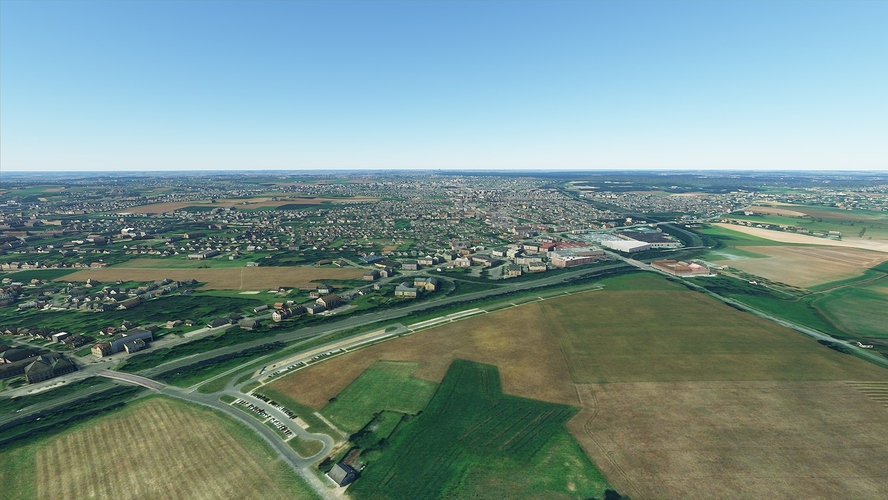 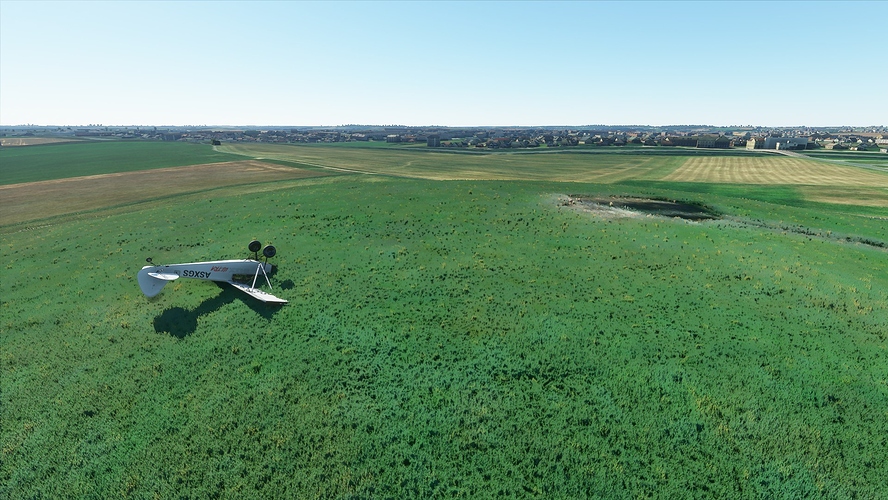 Ha! You likely crash landed on some buried remains of the battle there. Cool that they have the nearby museum in detail. Pity about the lion itself.

I believe your first screenshot also shows 2 or 3 of the farms where the soldiers fought protracted and bloody battles:

Thanks for the screenshots.

I need practice as a bush pilot for sure.

But as a grass pilot you’re already A+.

I think the saying is something like, any landing you can walk away from (then still get pictures with your drone) is a good landing.

Even if you have to walk on your hands.

Any landing that allows further use of the machine is an excellent one ;)

It’ll buff out. I’m a little worried about the prop but that’s a small price to pay for the thrill of the ride.

Hmmm. Getting a consistent CTD when completing the SCBR leg of the Patagonia bush trip. First reproducible crash I’ve encountered.

The very best crashes in the business can be had in the Il2 BoX series. The detailed damage models combine with refined flight modelling to create beautifully terrifying prangs of an endless variety.

I’ve considered turning damage models back on, but not until I have a better controller. The y-axis is just WAAAAAAY too sensitive on the tiny little Xbox controller.

Just did my first FSE flight in several years. I made a magnificent profit of $550, lol. I rented a Skyhawk and paid a hefty bonus penalty, but I just wanted a quick practice flight to make sure I am using FSE correctly. I flew from Orlando to Sebring Regional. It was entertaining because there was heavy rain, low clouds, and 12-knot winds. Plus Sebring is not towered, so I had to decide which runway was best. The wind shifted as I approached the field and made it easier to pick.

Have to work a bit now, but I might start one of the bush flights tonight. :)

Just did my first FSE flight in several years. I made a magnificent profit of $550, lol.

I’ve been filtering down to where TBMs are parked and picking up medical flights with them. You can do 700 miles with that thing in a couple of hours (or less than an hour of real time if you use time compressions), and I can usually pull down $8-10k net per contract.

there was heavy rain, low clouds, and 12-knot winds.

Unlike actual flights, in the case of that for FSE my strategy is, “get it on the ground, anywhere is good.”

I routinely get messages from ATC that I wasn’t cleared for landing and to leave the runway immediately. To feel more superior, I key the ATC employee cars as I leave.

I flew from Orlando to Sebring Regional. It was entertaining because there was heavy rain, low clouds, and 12-knot winds.

Wait, you had actual 12 knot winds in North America?