Might and Delight RPG (Shelter Dev) - Book of Travels 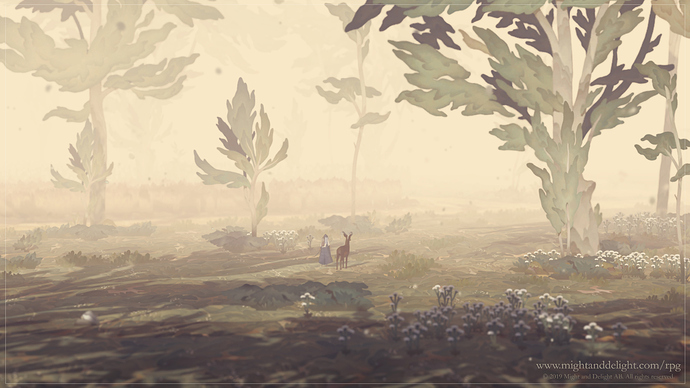 Since I enjoyed Shelter, I figured I would pay attention to this title. It’s also online which gets my attention pretty easily.

This is our final email before the official game announcement next week, and since we’re so very close to revealing all about this brand new world, we’d like to make our final pre-announce share with you, our fellow Travellers, something a little bit… magical.

We’ve heard a lot of people speculating about the kind of world this is going to be… Is there magic? What kind of magic will it be? We can now tell you that this isn’t a land like any you’d find in traditional fantasy RPGs. Instead, we want to invite you to a land inspired by old-world fairytales, Eastern mythologies and early industrial eras. It’s a land of elusive creatures, lush natural beauty and pastoral calm… but one that has known troubles and where shadowsplay their part.

There are many different types of magic in the game… but they don’t belong to the realm of conventional wizardry. The two main magical practices are the tying of knots and brewing of tea. The land’s ever growing Lore Book (which we hope eventually to print in an illustrated volume) gives full details about both types of magic, their common use and their history. Today we thought we’d give you a brief outline.

The essence of individual words and concepts are made manifest in knots, the correct binding of which conjures magic energies which are always potent and usually benign. One type of knot may conjure ‘light’ while another may conjure ‘smoke’ or ‘shelter’. Knot Binders can render their knots more potent by using cords made of materials that harmonise with the nature of the spell. The magic in a knot is released once the cord is fully unravelled.

Travellers will often come across Tea Houses where they will find people resting and socialising. Though tea is taken for refreshment, some rare brews are consumed with remarkable effects. Different types of tea have different properties and like knots they are created by using flowers and plants. Performing a tea ceremony with one of these special brews can endow the drinker with wondrous abilities, such as invisibility, healing and weather resistance.

Questions Answered
Thanks to everyone who has been sharing, speculating and just saying hi to us on Discord and by email! We try to reply to as many of you as we can and we’re always listening to your hopes for the game and making notes. With team members making frequent visits, Discord is the place to go for fast answers to any burning questions you might have, but for those of you who haven’t yet made it there, or who just prefer an email digest, here is a little summary of questions we have answered so far.

That’s all for now! We very much look forward to sending you our next email in which we will be officially and fully announcing the game .

Thanks again for being with us from the very beginning of this journey!
There is so much more to come!

I didn’t see a link to an online version of the e-mail so I just quoted it.

I wonder what the average time span is between their game announcements and release dates.

I never followed how they handled Shelter 1 or 2, so here’s me hoping the ride isn’t too bumpy.

I can’t seem to edit the original post? It’s called Book of Travels.

Based off the trailer, that looks like one of the few MMOs games I’d be interested in playing. 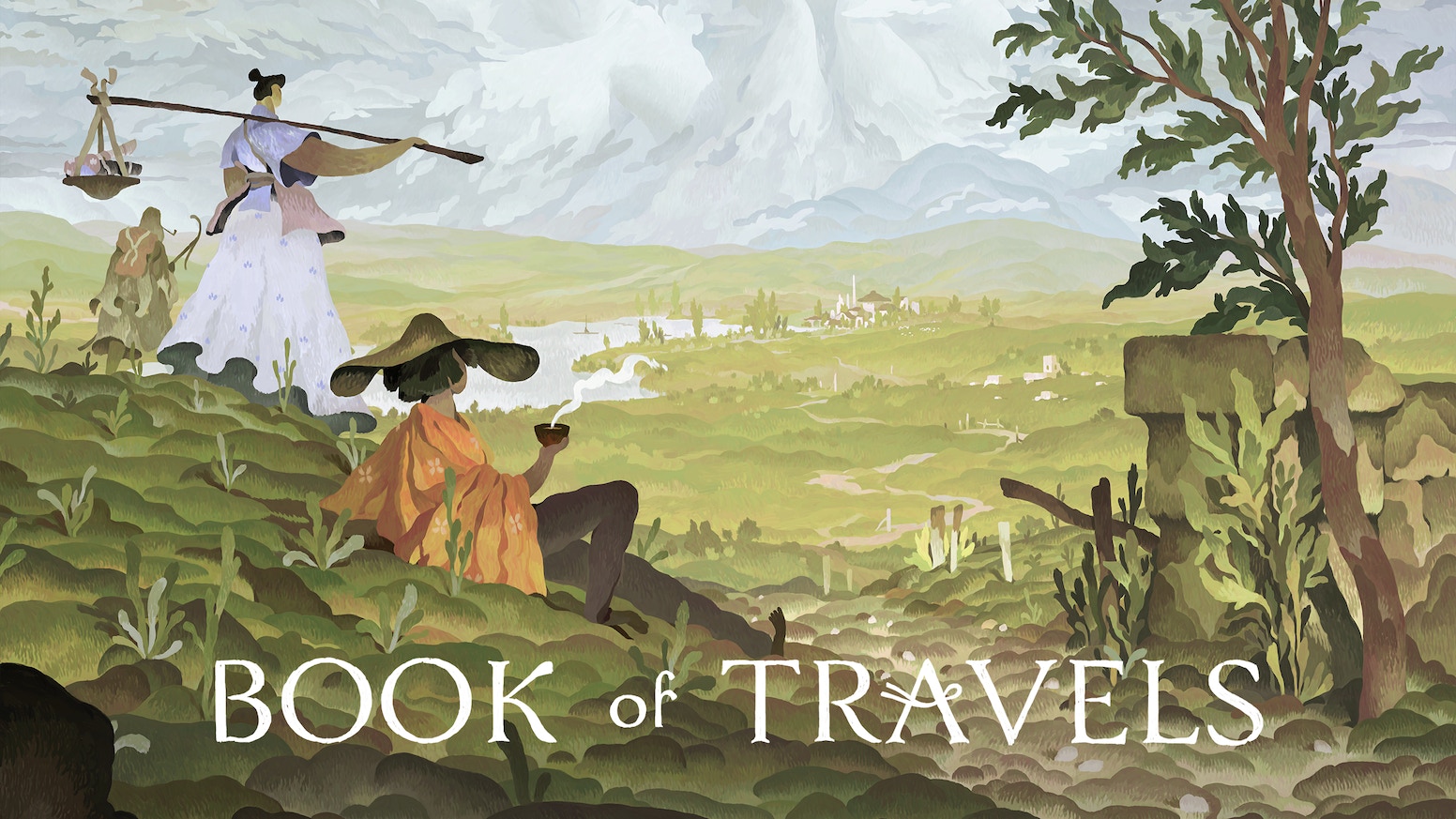 That looks pretty. Is the entire game viewed from the side? How does that work? I couldn’t tell from the trailer which characters were the local player, other players, NPCs, etc.

5 hours to go, but they’re funded. Yes. I broke my rule, again… hopefully it turns out better than the last one. I am charmed, truly charmed by the artistic approach with this, and hopeful that choice will give them flexibility where needed.

I always like the idea of a side scrolling rpg although you only get lots of 2 dimensional map depth if you set it in a world with lots of verticality like trees, caves etc.

Book of Travels has entered early access on Steam. I usually appreciate these chill types of games from afar, but I’m trying this one on a recommendation.

So far, I’ve pet some sheep, picked some flowers, and I just started hanging out at a teahouse. My character’s XP has exclusively come from talking to NPCs and exploring points of interest.