Learn more about the adventure role-playing video game Minecraft Dungeons. Explore new environments and set off on exciting quests in this four-person game.

Now this is a Minecraft game I might play.

Looking forward to playing this with the kid. Regular Minecraft is too boring for me.

When this was announced I showed the launch trailer to my kids. They seemed excited enough to try it, and I’m always glad to have another coop game to enjoy with them. I’m in at launch unless the reviews are horrible. And assuming the Switch version comes out at launch. I could get it on the PS4, but this just seems right for Switch.

As long as it’s not too easy…like LEGO games. I need some kind of challenge or boredom sets in.

Yeah, if it has some decent ARPG mechanics, I sure hope it has a kids friendly easy mode and a proper adults difficulty setting.

I sure hope it has a kids friendly easy mode and a proper adults difficulty setting.

Was just watching some footage from the beta (looks great). There’s a difficulty slider you can adjust at mission selection. It tells you what the recommended power level is for each level of the slider.

The loot system looks neat. Weapons and armor have a choice of three enchantments to choose from, with multiple ranks for each. Each time you level, you get an enchantment point. Common items only have one set of enchantments to pick from, but higher rarity items can up to at least three. Also, you can pick up two swords and have different options on each.

There doesn’t seem to be a skill system, so power is largely in the enchantments and in artifacts, which have buttons assigned to them (these seem to take the place of skills).

A release date has been announced! I know what I’ll be doing on May 26th.
The tough part will be deciding between Switch and PS4. 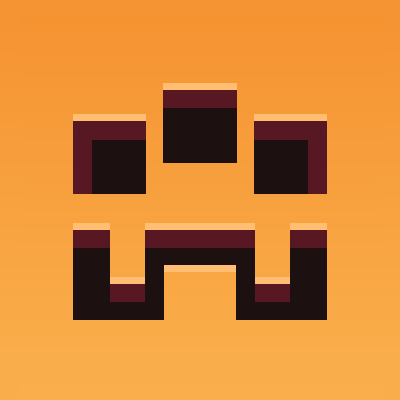 Gather your friends and gear up for adventure: Minecraft Dungeons is coming out May 26th on Nintendo Switch, PlayStation 4, Windows, Xbox One and Xbox Game Pass! Pre-order your copy now: ↣ minecraft.net/dungeons ↢ https://t.co/q9VTPXs2Ps
LMN8R April 1, 2020, 5:56am #9

Solution: try it with game pass and if you really love it buy it on Switch

Sure, makes sense for the portability. But I do have a PS4 Pro and it’s hooked up to a 4K HDR capable TV. So I’d be most definitely giving up faster loading times and better graphics. Maybe the “blocky” look of Minecraft Dungeons justifies that. I just don’t know!

Oh, and I don’t have a gaming PC. Just a MacBook Pro I boot camp to play Magic the Gathering: Arena, which is hardly a graphically taxing game, so it works. That means no Game Pass for me.

It’s a first-party game, so yea of course:

Thanks. I figured it out last night. In the process, realized LotR ACG available now.