None of the above.

They do not put points on cards anymore. Or slots on ships (so slots can, and have been, added or removed from different ships). Instead it is all in the list building app(s there are unofficial fan made ones too). They also release PDFs for each faction with updated points on their website, so you can get up to date points and slots for every card printed from them.

But just use the app for list building. It works well, and I was using third party apps in 1st ed anyhow to store lists.

They only do point updates every 6 months, except for emergency updates. very rare, only twice for extremely unfun degenerate combos. Look up Tripsilons. They were an extremely obnoxious combo that could, with no recourse, erase two ships on turn 1. Because it was combowing with no counterplay unless you list build specifically against it, it got nerfed two days after its first major tournament win. Because it was the worst of 1.0 combowing in 2.0, so they killed it with prejudice.

But yeah, use the app and print out point lists every 6 months. No need to reprint cards ever

Wow, sounds like FFG have really gotten their shit together. I’m almost tempted to pick up a new starter set. Now if only they would release a version of Star Wars Legion that doesn’t use movement templates…

Just a quick heads up, Warlord Games digital books are currently on sale for 50% off. I picked up the Pike and Shotte rulebook and its English Civil War supplement. Though their rules are criticized by serious historical wargamers, I find them to be much more accessible. Their production values are also among the best for historical wargames. I’m a big fan of both Bolt Action and Black Powder, their flagship systems.

P&S is supposedly a bit dependent on big tables - I’m told Baroque and Tercios are both good for that period, but though my usual gaming companion and I have the monthly slot and the armies ready, we never got round to it before lockdown happened…

The Baroque rules look like a nice mixture of gaminess and fog of war, TBH.

Also on my list is Conquest: The Last Argument of Kings, which has great models, interesting fluff, and some clever looking rules. But, my painting backlog is immense…

Rick Priestley knows his Pike and Shotte era, probably better than he knows his WWII to be honest.

I really want to try Hail Caesar, but I haven’t found anyone yet who can commit to building an army to play with me. I bought the Spartan army box a while ago, but ended up shelving it to play Black Powder instead. I wish the game had more supplements for different eras besides Rome, especially medieval conflicts (which some of my gaming buddies are more interested in).

I decided to break open Black Seas and play a solo game to relearn the rules. I’ve been painting up my ships recently and want to get back into it. The basic rules are super easy and play relatively smoothly. However, they are not really realistic (especially the wind mechanics), though I’ve heard the advanced rules help with this. My only other complaints are about the components, especially the wake markers and paper sliders for the cards. You have to be really careful when you move the wake markers under the ships, otherwise it’s really easy to bump them and accidentally change bearing. The paper sliders for marking ship damage are absolute garbage, and I ended up sleeving the cards and marking them with an erasable marker. That said, it’s a very enjoyable game and I hope I get some of my gaming buddies to play it soon. 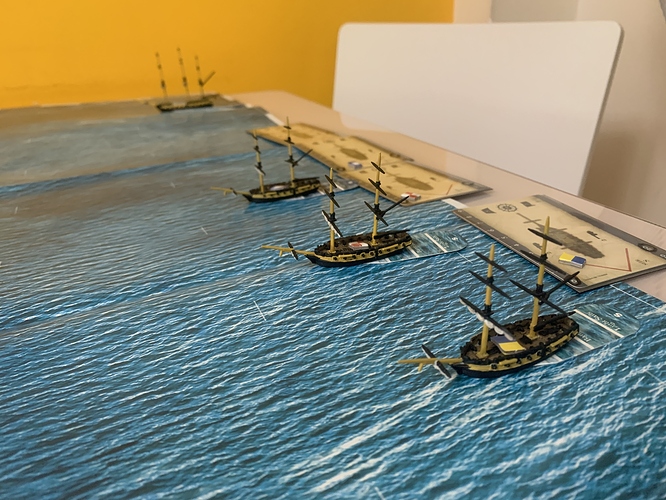 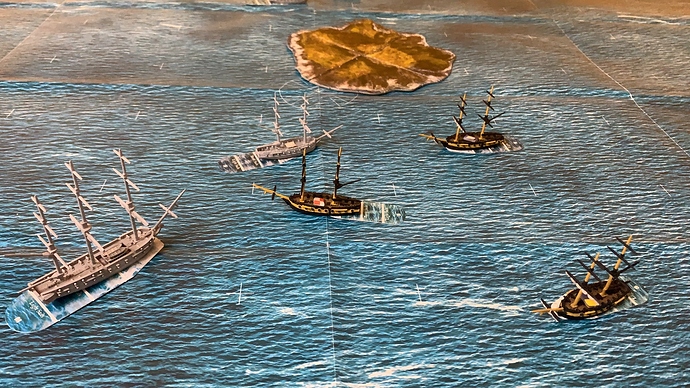 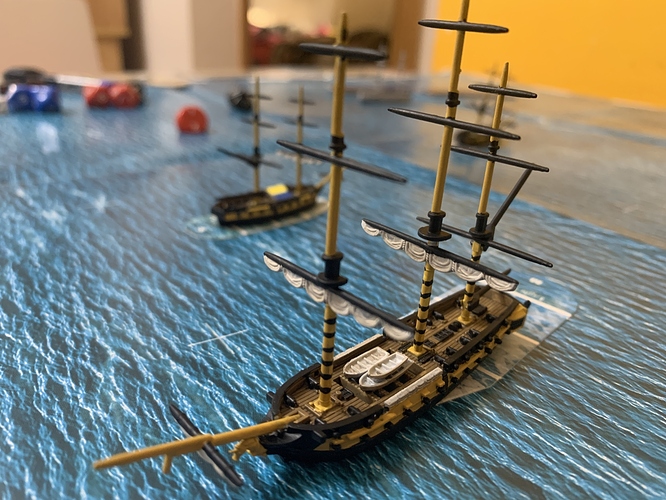 I got to play some new games recently! Got in a game of Lion Rampant and Blood Red Skies the past couple weeks. I updated the OP with some thoughts.

I also had an interesting conversation with some of my gaming buddies about whether Warhammer 40k or Age of Sigmar is a better game. I’m firmly in the AoS camp, since I like its streamlined list building and less emphasis on detachments/strategems. My friends who like 40k said that it has more depth than AoS (which I don’t really agree with). Anyone here have any thoughts?

I also found that my buddies who played Warhammer Fantasy back before Age of Sigmar really miss that style of game and were upset when it changed to a more skirmish-style ruleset. I never played WHFB, so I don’t have any comments.

I also found that my buddies who played Warhammer Fantasy back before Age of Sigmar really miss that style of game and were upset when it changed to a more skirmish-style ruleset. I never played WHFB, so I don’t have any comments.

Games Workshop is returning to the pre-AoS setting for a new (old?) tabletop game. It’s not coming out any time soon and it’s unclear whether they want to capture the feeling of the old rules or merely the old setting. 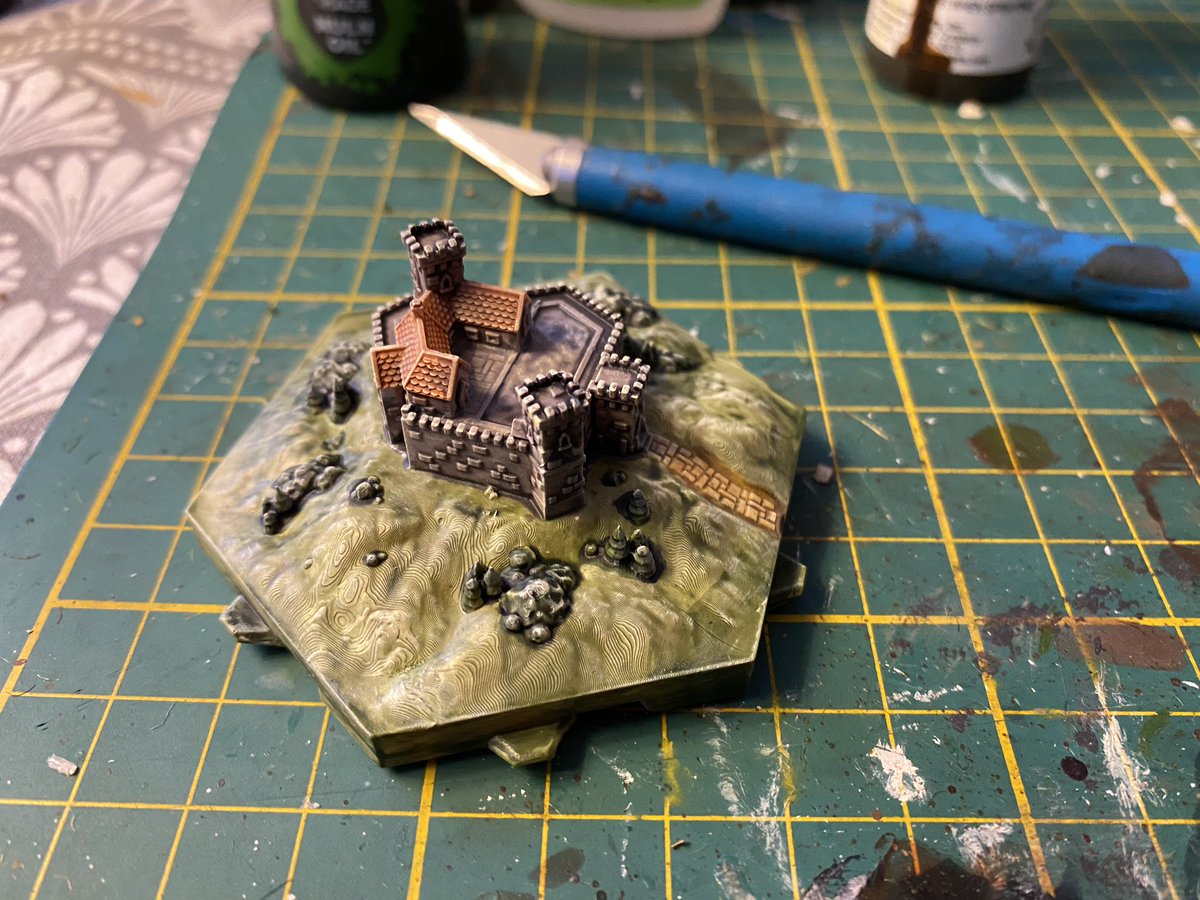 Last one, and now I’ll lay off for a bit (I’m out of resin). 90 #hextonhills tiles printed and painted! https://t.co/rhunrzn9J2 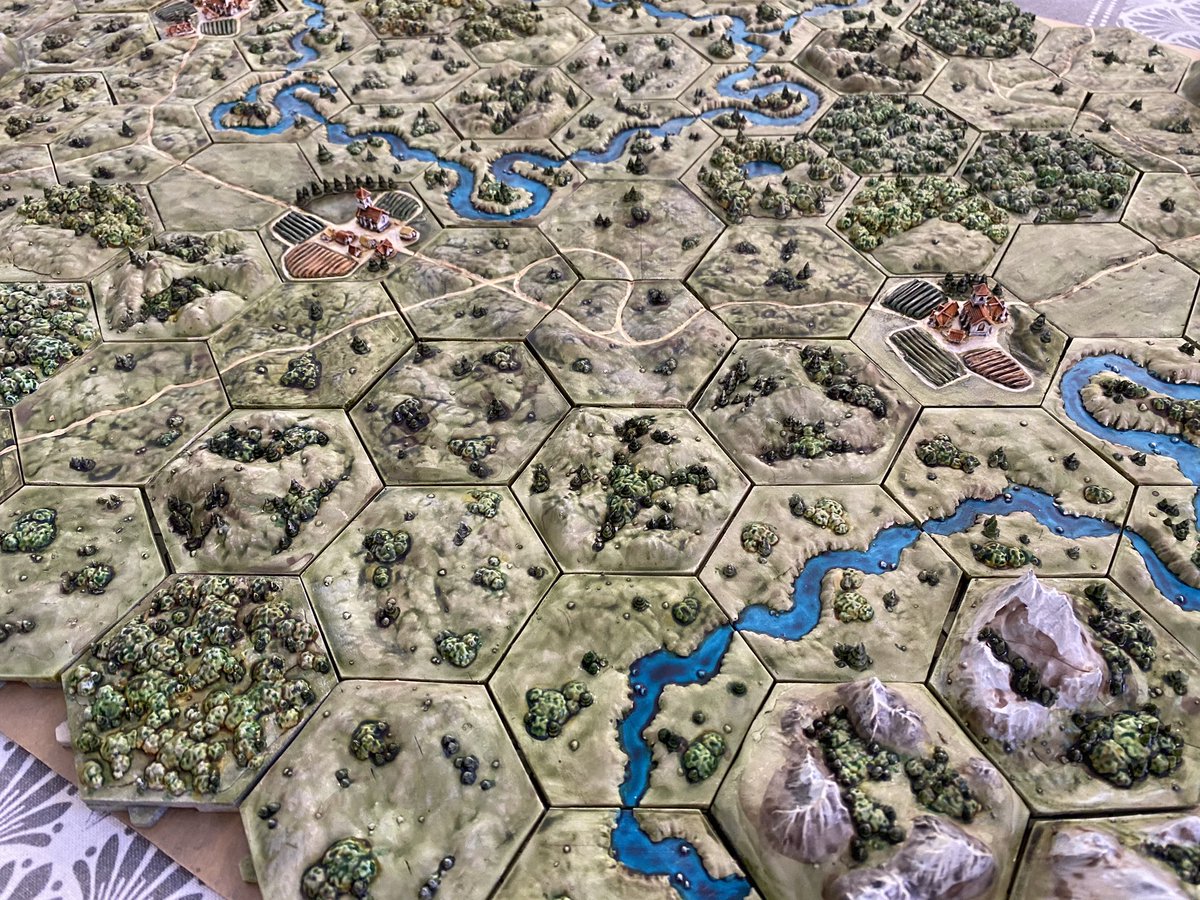 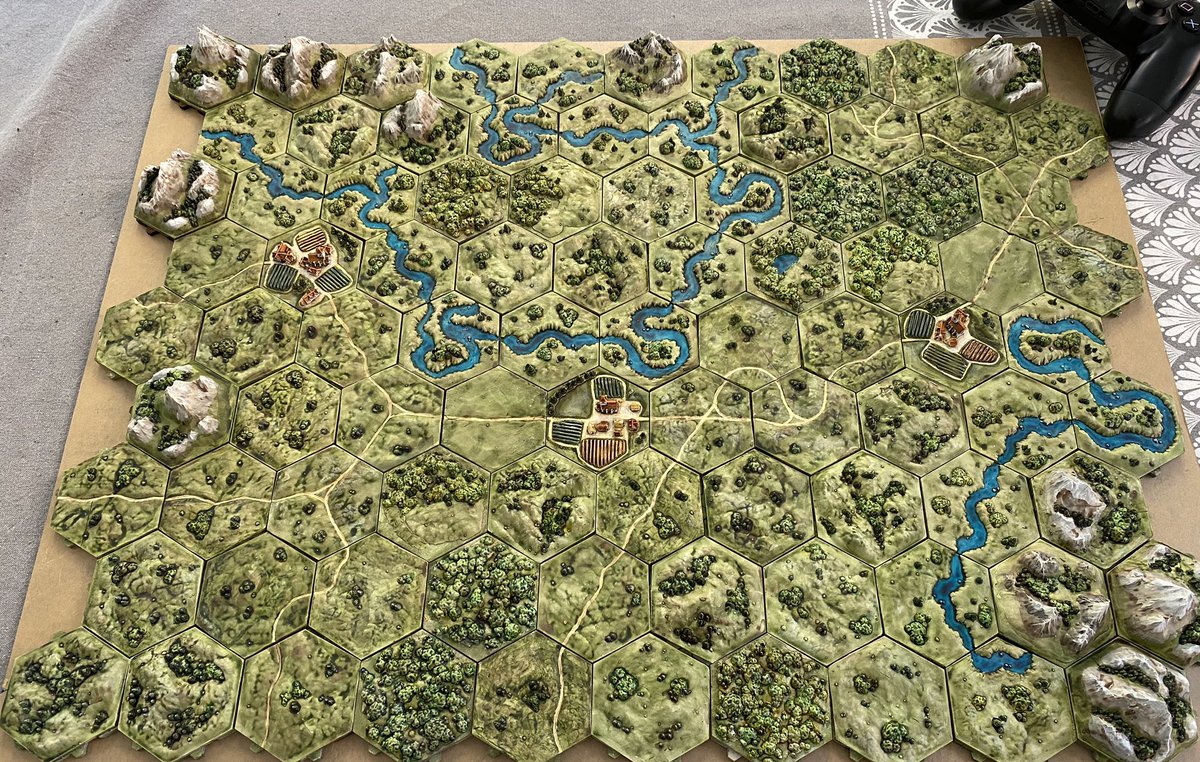 Wow, those are cool! I think I still have my (unpainted, of course) Mighty Empires tiles from a ways back. I really want to do some sort of campaign with them.

I ran through a couple scenarios with Nordic Weasel’s 9 Leagues to the Borderlands system that I mentioned upthread, but was underwhelmed. Maybe if I switched to a hex map?

I just hunted up the old solo rules to the Battleground: Fantasy Warfare game I also mentioned, they’re pretty basic but possibly a good start. Since the game already uses a sort of auto-driving component, it might be good for a solo campaign, if I can build a framework for it.

There are beautiful, aren’t they. Makes me want to throw down the money on a resin printer. We just recently got an ender 3 pro fdm printer to play with, but already want to add another. :)

It helps he’s also an amazing painter. Those things just look great. And reading through the thread, he doesn’t even know what he’s going to use them for. “Some kind of campaign game. Warhammer Fantasy Battles or something” o_0

He says Mighty Empires in the hashtag of the first tweet (WFB campaign system).

I took that as just him making the connection that they are similar, and can be used the same way. As I mentioned, in the replies he states several times he has no specific plan. He even says “battles using 10 or 28mm figures”, he hasn’t decided yet, and there are no 10mm WFB rules, are there?

I started writing some epic-scale WFB rules way back in the '90s when I was super into WH40K Epic (the 3rd Ed that completely revamped it), adapted from that system, and even have boxes full of 6mm figures for it, somewhere. I’m much happier with BattleLore (1st ed), now. I wonder how hard it would be to do a Mighty Empires campaign with that? Huh.

and there are no 10mm WFB rules, are there?

Warmaster. Hail Caesar is based on it’s Ancient variant.

Huh. I’ll look it up! I’m so far out of the GW loop. I think that '90s epic stuff was the last time I paid much attention to it. Aside from the Space Hulk reprint, that is.

This is one of my grail games, would love a chance to play it. I also wish that more companies would produce 10/15mm miniatures in plastic (or affordable resin). It seems like Plastic Soldier Company is releasing some ancients models for Mortam et Gloriam in 15mm, and I’m half tempted to pick some up for Hail Caesar (i’ve never played MeG).