After more than a decade with Canon DSLRs, I’m seriously thinking of going Sony mirrorless.

I dropped my 5DM2 the other day, and it still works, but the mirror is loose, so my photos are slightly blurry, especially on the edges. I’m checking with repair shops, but one in Seattle quoted me $400 to repair, and that’s if they don’t need any parts. Ugh.

That has caused me to start looking into alternatives. I’ve been hearing amazing things from about Sony cameras for years, and so after a few days of digging I have to say that I’m probably going to get an A6000 with a Sigma 30mm 1.4 lens. It’s a four-year-old camera, but it’s still highly capable, and it’s extremely affordable. (Thanks to a friend at Sony, I can get the A6000 for a nice discount, to boot).

Just watching YouTube videos of pro photographers using it is like Star Trek technology compared to the Canon DSLRs I’ve been using. The interface and menu system looks like labyrinthian, but once it’s up and running it can do things that you can’t even dream of with Canon.

I also really like the small size, as I’ve been doing a lot of hiking in the wilderness lately, and hauling my big-ass DSLR and lenses with me is wearing on me. I’ve also got a big overseas trip coming up where I’m thinking this will be perfect.

Anyone else playing around with mirrorless? Any experience with the A6000s? My hardest decision right now is the Sigma 30mm 1.4 or the Sony 35mm 1.8. The Sigma 30mm is twice the length, but it also has more beautiful colors and is sharper. The Sony, though, is faster on autofocus. It’s driving me crazy.

I have a Fuji X100s, which is mirrorless, and I love it. It has a fixed lens so you lose some flexibility there, but it’s an impressively sharp 35mm-equivalent f/2 and you had one lens to be stuck with, you could do a lot worse. It’s also small, quiet, very light, and looks/feels like an old Leica. It didn’t replace my DSLR, but it’s great for shooting when I don’t want to lug a backpack full of gear with me. 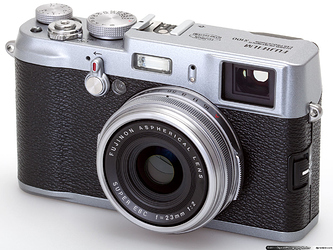 As for lenses: do you have the kit 16-50 pancake zoom? If so, you already have a pocketable lens, so I would focus on speed and quality and get the sigma.

No, I don’t want the kit lens. It’s slow (f3.5-5.6) and non-primes aren’t as sharp as primes. I’ve been shooting long enough to know that I’d rather have a fast sharp lens, even if it means sacrificing some zoom. I’d rather save the money and put it toward a Sigma 30 1.4 or Sony 35 1.8. I’m thinking this is going to be the walkaround, semi-permanent lens.

The nice thing is that you can buy an adapter for Canon and Sigma EF lenses (Canon mount). I do have a 150-600mm Sigma which is amaaaaaazing for telephoto photography. But it can attach to the A6000. The handling is a bit awkward, but mount it on a tripod or get a good hand strap.

This tells me you prioritize sharpness and aperture over portability. Which suggests that you would probably be happier with the Sigma than the Sony 35mm.

And adapters are one of the best things about Sony mirrorless cameras. If you can get comfortable with manual focusing, there is a whole world of legacy glass to explore.

Yeah, that tells me the Sigma. The things that I wonder about is that the Sigma is known to hunt a bit more when focusing, and so sharper and better colors don’t do you so much if the camera can’t get the split-second shot in the first place. The Sony is also quieter, so if you’re shooting video you won’t hear the lens focusing.

Based on my googling, the Sigma 30 vs Sony 35 is perhaps the biggest debate regarding the A6000 series.

My wife has the 6300 and I know she loves it. Don’t recall why she wanted that one over the 6000. She started with an Nex-5. Might have had one other alpha in between.

I use a Nex-7,takes great pictures, works for me.

FWIW, Wirecutter recommends the Sony over the Sigma

The First Sony E-Mount Lenses You Should Buy

After more than a dozen hours of new research and hands-on testing, we’ve updated our guide to include the best lenses for new Sony E-mount camera owners.

You people. Now I have to find my father’s old Retina IIc. 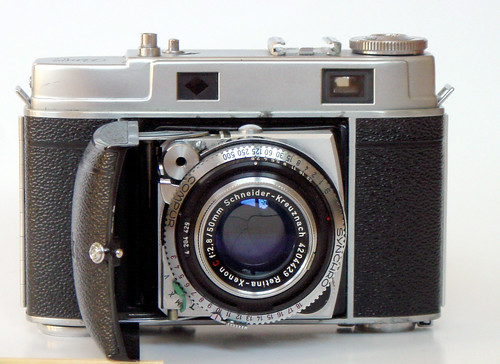 The Sigma looks warmer and nicer in pretty much every photo, and he admits it. He also likes the fact that it’s slightly wider. But he ends up going with the Sony because it’s smaller and autofocuses faster and better (70% focus accuracy on the Sigma vs 90% on the Sony).

He also doesn’t cover video, but other people on YouTube have shown that If shooting video, the Sony’s lens stabilization makes movement smoother and less jarring.

As a wildlife photographer I always steered clear of mirrorless cameras due to their inferior AF, tracking and viewfinder, but recently I’ve had to reevaluate my opinion - they’re getting really good. I’m not sure I’m ready to switch from my trust 7D Mk2 yet, but I’m starting to wonder. The big remaining issue is the comparative lack of lenses. You can get adaptors for DSLR lenses but you lose a lot of functionality.

I bookmarked this article a few months ago because it had a good overview of mirrorless cameras for wildlife photography. My choice would probably be an A9, but it would require getting new lenses. If Canon comes up with something as impressive as the A9 that works with their existing DSLR lenses, it’s going to be hard to resist.

I would think that there have been a lot of improvements in mirrorless cameras over the past 4 years, so you probably made the right choice.

When I got my first SLR, a Canon FTbN, I also was using the Retina IIc. I found that the quality of the Retina was marginally better than the Canon. Maybe due to the variable light meter. In fact that picture doesn’t seem to be a IIc. The IIc had a flip up pinhole shield over the larger bubble glass light meter.

Having searched for the version I have, I can’t find a picture of it. Guess I’ll have to find it in the house or garage and then take a pic of it. Ironic, eh?

I would think that there have been a lot of improvements in mirrorless cameras over the past 4 years, so you probably made the right choice.

Yeah. I basically wanted the image quality of the Sigma 30 1.4 but with the image stabilization of the Sony 35 1.8. And the only way to square that circle was to get the model with in-body stabilization. But it’s also more advanced across the board. Faster and more precise autofocus. Better grip, which is good for handling large-ass lenses like my Sigma 150-600. In-body stabilization will also work for third-party lenses, so that’s a double-plus with a huge-ass telephoto. It also has the more rugged build, and better sealed against water and dust, as well as more-robust internals (200,000+ shutter activations).

And, because I do have connections at Sony, they can get it at a very nice price. I’m paying less for new than what used is going for online. Might as well take advantage of that.

Very pleased with my A6000. Just bought the Sony sel30m35 macro lens for food/arts and crafts/flowers/bugs too.

I really do need to understand it better though, I’m very much reliant on the auto modes.

As I’m waiting on my camera I’m getting everything else, and at work today I started looking into the Sigma 16mm 1.4. Suddenly, I’m thinking of passing over the Sigma 30mm 1.4 for now and going with 16mm. It’s a wider lens, and it makes portraits a bit more challenging, but I really, really like the options it gives.

The Sigma 16mm F1.4 DC DN Contemporary is an ultra-fast wide-angle prime for Sony APS-C mirrorless cameras. The lens features low-dispersion elements, a nine-blade aperture and weather-sealing, all for under $450.

I think the the wider the lens the better, correct? At least for 4/3’s camera. You won’t have a full frame camera anymore. Or does that just matter when you use full frame lenses on a mirrorless or APS-C camera? I have the Canon 50mm F1.8 on my Rebel and it’s just ridiculous indoors. Way too zoomed up.