Hi, me agian with another comics question.

Most of my comics collection is all from the Jim Lee, Todd Mcfarlane, Chris Bachalo era of the 90’s (among many others) and I’ve been having a ball reading through a lot of that stuff again.

I’ve started to get curious about what’s going on in modern comics though, particuarly art wise. I am wondering who people like of the new generation of artists? Are there any artists I should check out?

Jamie McKelvie is one of the modern greats, in my opinion. See Phonogram and The Wicked + The Divine.

Adrian Alphona has a loose, thin-line style that I think really works. He’s known for Runaways and Ms. Marvel. 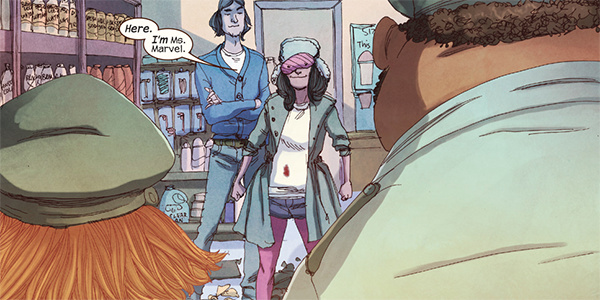 Becky Cloonan’s work is just gorgeous. She’s done a ton of stuff, but I most enjoy her self-published short stories. 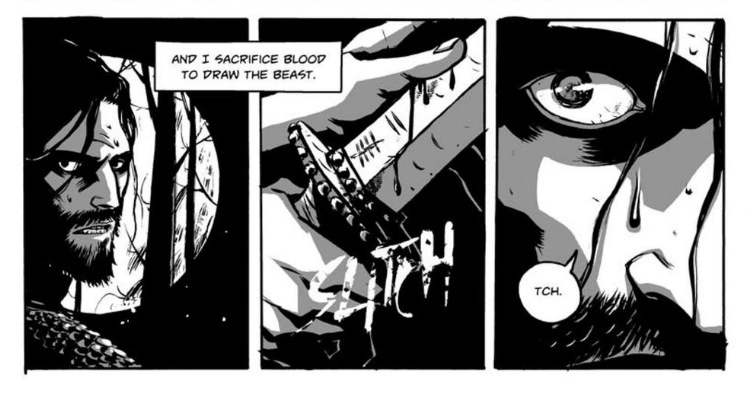 I dig David Aja (from a great run on Hawkeye with Matt Fraction): 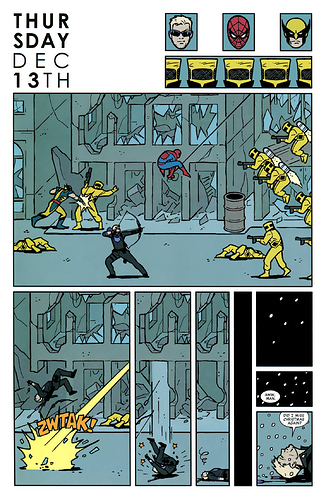 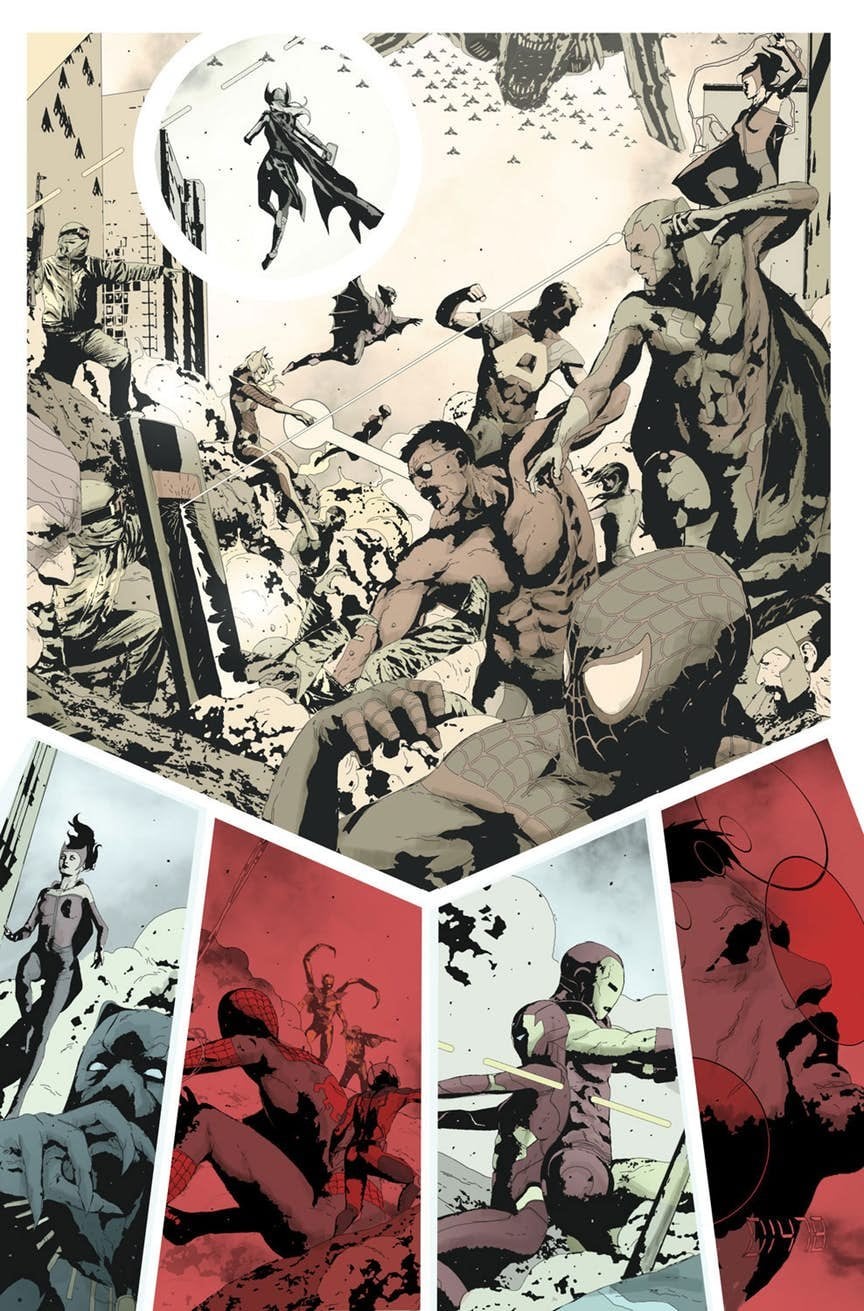 And Esad Ribic (from Secret Wars with Jonathan Hickman): 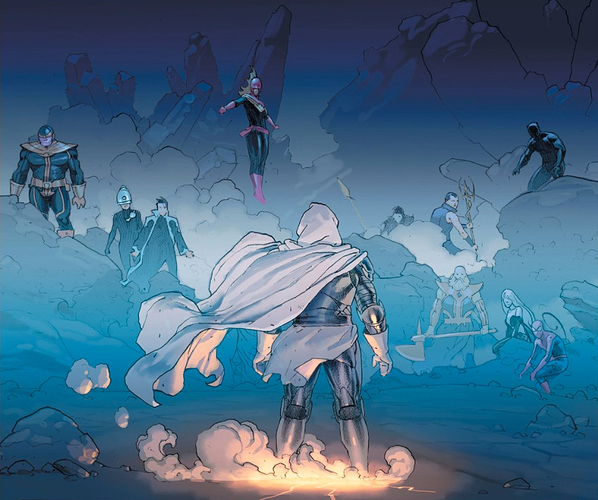 Awesome suggestions. Thanks. Those look sweet!

I used to be friends with a comic artist named Mike Hernandez. This was early 1980s. We lost touch when I moved a couple of times. He has since changed his name.

Does anyone know of an artist that used to work for Marvel and DC formerly known as Mike Hernandez?

Comic Book DB is the place you wanna go. Is this the guy?

Technically a comic artist since he’s had his strip published by Image, Tom “Abbadon” Parkinson-Morgan, of Kill Six Billion Demons.

Holy shit! That’s him! Thanks so much. 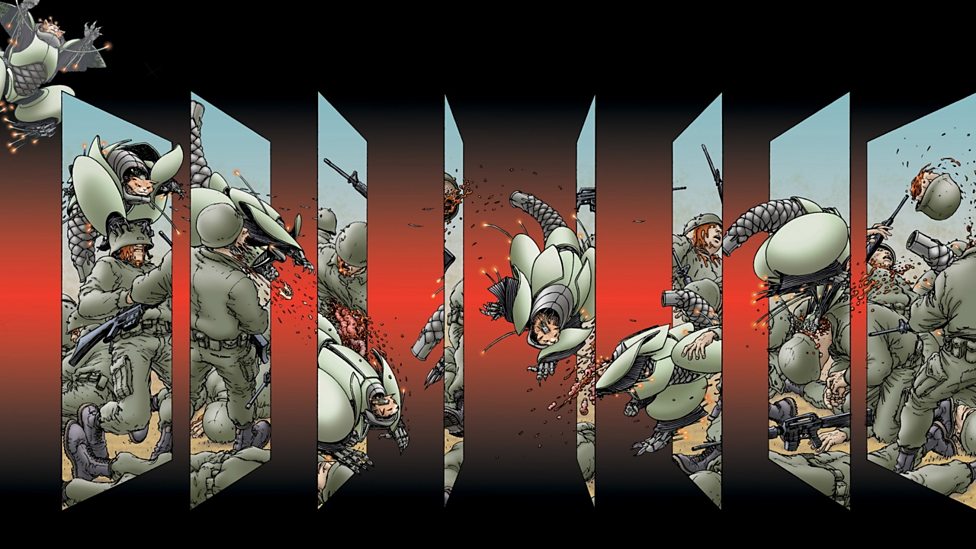 Ok, what is going on here. Seems like Captain Marvel, Spider-Man, Black Panther and Thanos are all teamed up against… who?

Ok, what is going on here. Seems like Captain Marvel, Spider-Man, Black Panther and Thanos are all teamed up against… who?

It’s the culmination of a multi-year run (I want to say like 2009 - 2015) by Jonathan Hickman across both Fantastic Four and Avengers, and his 2015 event story “Secret Wars” is worth reading. But if you still want to know, it’s Doctor Doom.

An artist I stylistically equate with Frank Quitely (who is great, but I believe I heard is not great with deadlines) is his eventual successor on Grant Morrison’s Batman run, Chris Burnham. The origin of BATCOW!: 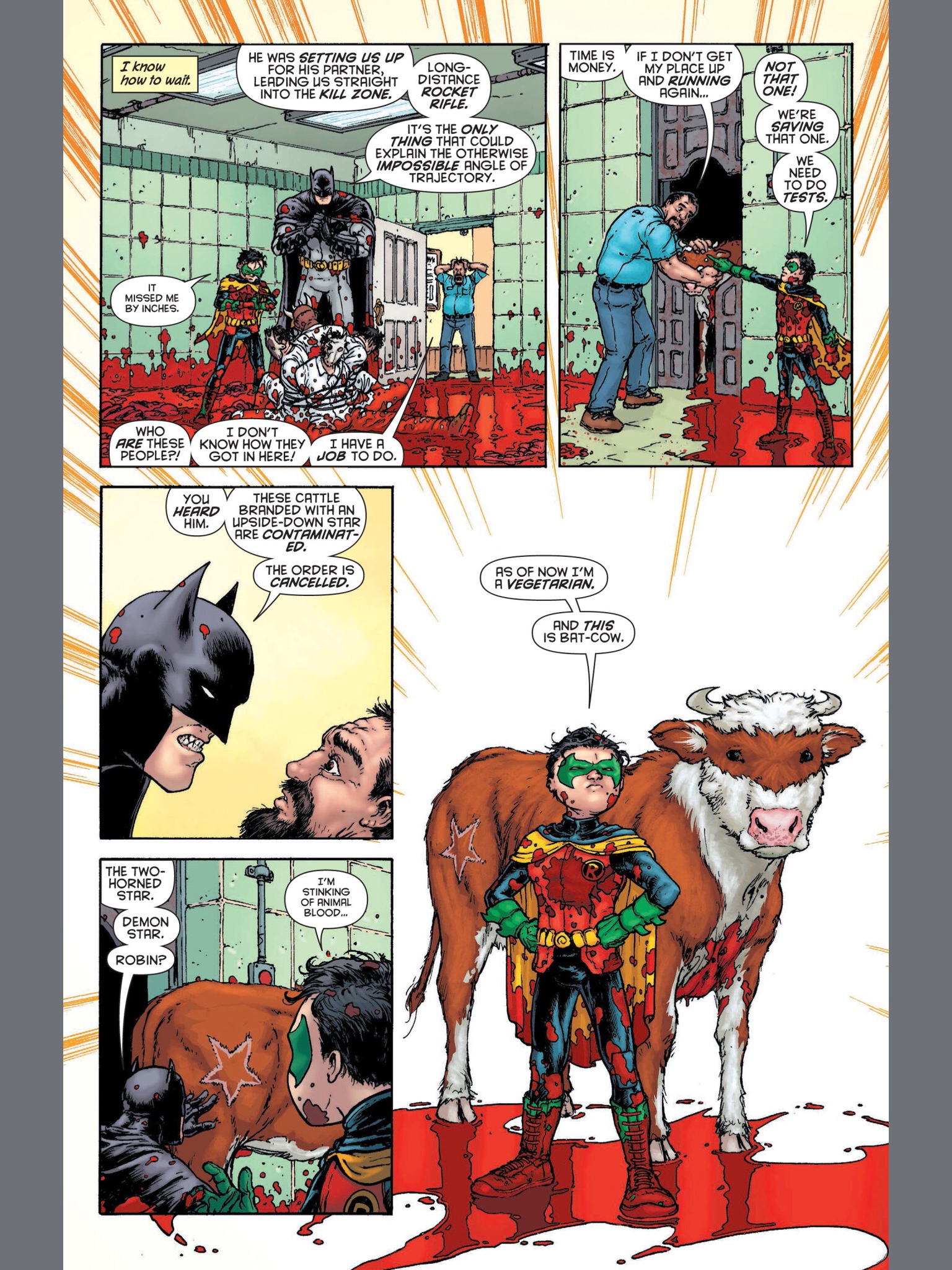 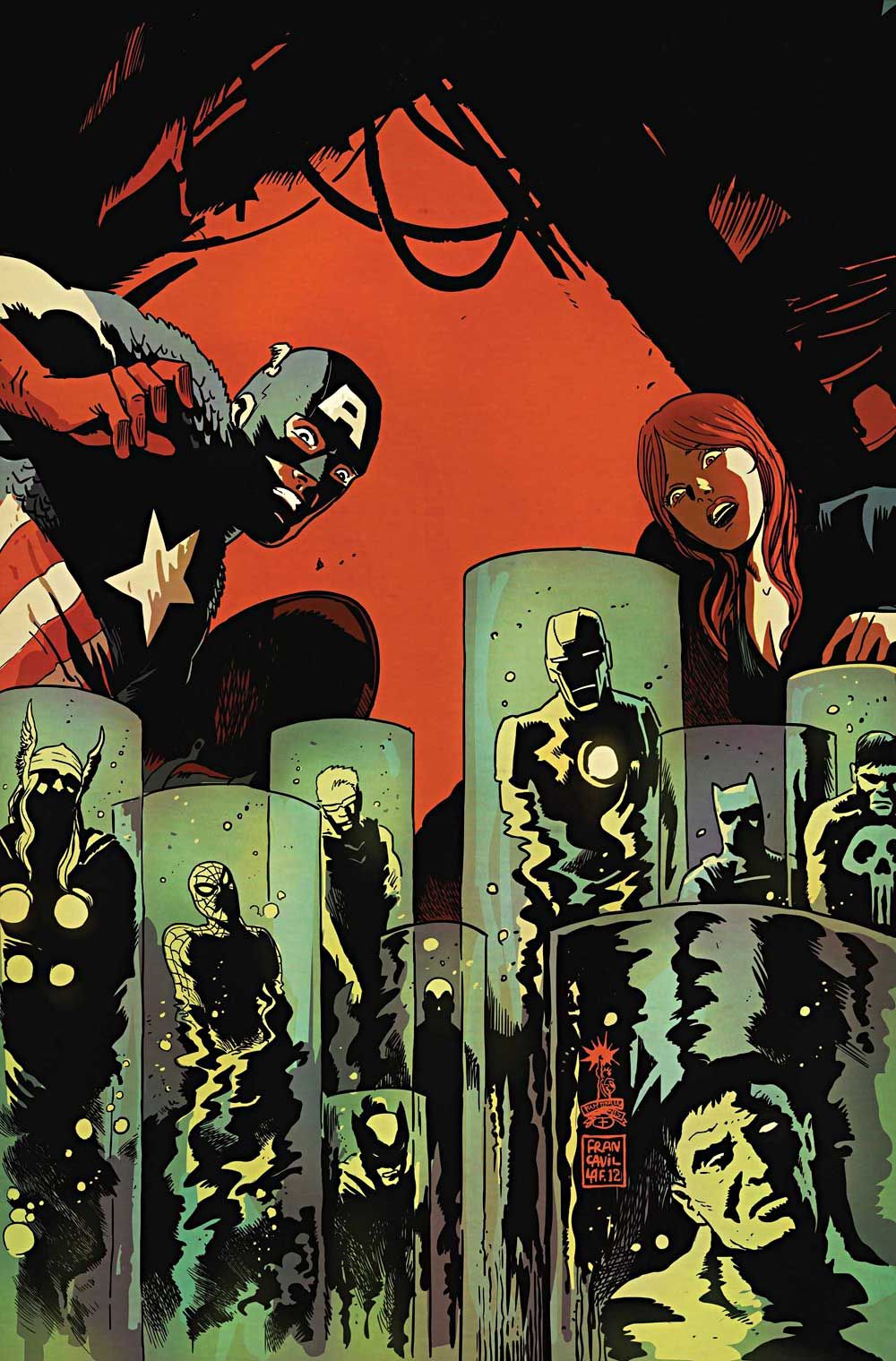 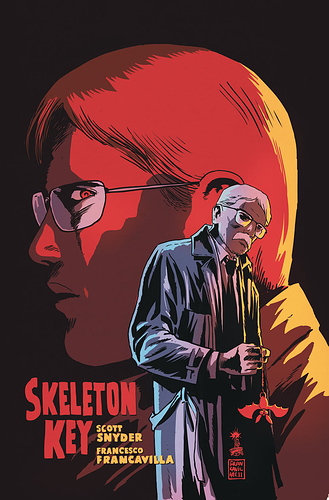 He is not new, but I am a huge Frank Cho fan.

Not new, but Michelangelo di Lodovico Buonarroti Simoni. He made some sculptures and buildings too.

I’ve always thought Quitely has a great balance between the physical dynamism of American-style comics art, the inventiveness and clear line of the French/Belgian style and the classic cinematographic style of the UK. It’s just very good storytelling art, and in a way it’s almost invisible when you’re first reading the comic, you just get the background feeling that the world you’re seeing is real. It’s only on second reading that you start to notice his skill.

The one place where he falls down is faces, I think - mainly mouths and chins, which all tend to look the same and have the same expression.

Dammit, GY, you nailed both my immediate recommendations.

If you are looking for a done-in-one story that shows Quitely off at his best, take a look at Pax Americana, his contribution to Morrision’s Multiversity event. No understanding of anything else going on is necessary.

EDIT: just re-read this, yes the story requires some unpacking (try reading it forwards, backwards, and then forwards again), but the art and panel design is as top-notch as I remembered. Particularly the 2-page spread that has three timelines depicted tn the same room.