I’ll never hunt with some of you guys.
Killing monsters. Enjoying watching them die. Denying the beautiful chaos that is a hunt with its often unexpected endings.
And I thought framerate discussions were bad!

Yeah definitely this. I do this all the time (for more carving and gathering time).

that’s what great about the slowdown mod, you really get to experience the killing blow nicely lol

It does do the slow motion if someone else kills it. I’ve never been elsewhere on the map when the monster dies though

The Sunbreak demo is out, and the game is pretty much exactly the same. The behavior of the monsters are still as predictable. The same limited wild life is present. It also felt as if the counter window for the lance with which I played had been vastly extended, although it can as well have been an uncalled change made over the past year in the standard game.

I’m a bit harsh. The new armors look cool.
But 40$ for a cosmetic dlc pack is a bit ouch.

The hype when folks got excited for the Espinas and Gore Magala monster reveals during the Capcom showcase is pretty infectious. I am curious about how they are handling the endgame - I never finished grinding up to Crimson Valstrax whereas I spent tons of time in post-Iceborne content even if I never touched Fatalis - I burned out while making sets for Alatreon.

??? what? The game has massively different switch skills and the main point of the dlc is adding g rank and endgame goals. honestly a bizarre comment. Behavior of monsters??

G rank is basically that: new monster behaviours. The demo don’t demonstrate any. And the game seems to still basically be to chase a monster around the map at predetermined health drop.

I feel like you’re trolling us, if you’re like me I know you’ve chased Rathalos around the volcano map in GU for an infuriating amount of time :D
Tetranodon 100% had different moves, even Arzuros caught me off guard a couple times. Aknosom barfs up bouncy fireballs!
Astalos fight is absolutely solid in the demo, I think it’s very GU, and the new to rise island map is practically identical.

Anyway if you didn’t like rise you won’t like sunbreak. The switch skills add more inputs and complexity to something that’s already complex, more weapons got counters, and there’s more ways to evade super fast monsters (Malzeno gets basically a teleport!)

If there’s a decent endgame, a la Iceborne, I think this one will have some serious longevity.

I enjoyed Rise’s mid game, but found the endgame extremely weak: undying punchbags instead of challenge, and since ressources aren’t an issue at all anymore in this game, I failed to see the point of those endurance tests.
The Sunbreak demo was more of that same, and felt even easier than the Rise one — so many hundred hours of playing it might have helped, I know!
Feeling barely threatened every now and then by a monster that I encounter for the first time isn’t my idea of MH fun. I get that it must fuel the power fantasies of a lot of players, but , it isn’t why I play those games for, and enjoy them.

still seems a little early to be saying this… the best part of g rank is climbing back thru the “easy” monsters with end game gear. World also had a terrible endgame, until iceborne was released… I think they did a pretty decent job with the end game difficulty there. I think Sunbreak is off to a good start… they gave the player so many more tools, mobility, counter, healing and the monsters in base rise simply didn’t keep up. It seems like they’re trying to change that at least a bit with things like Astalos, which is generally a lot faster than most of the base monsters in rise.

I think nearly everyones problem with Rise was a) its too easy and b) there wasn’t enough of it. I’m pretty hopeful sunbreak can fix those things… and if not, well, very happy that pc monster hunter has modding!! and really, you found the Malzeno in the demo to be easy and no challenge at all? he’s got 27k health in the demo…

I found him to be ridiculous, as most “fast” bosses have been since the infamous Valtrax!

no challenge at all? he’s got 27k health

That’s exactly my issue with World (and probably would have been with Iceborne, from what I’ve read) and Rise: tons of health. Pounding, pounding, and pounding again with three other hunters at a slab of polygons, which hardly reacts to the damage you inflict. As I was playing Rise and the new weekly missions kept upping the health of the monsters, the sight of it felt more and more ridiculous to me.

It used to be quite rare for a good timed big sword swing not to stagger a non-elder beast, and that’s what I felt was rewarding.
Oh well, as you said, I probably should move on: they are not going to revisit their new game’s formula.

I found him to be ridiculous, as most “fast” bosses have been since the infamous Valtrax!

no challenge at all? he’s got 27k health

That’s exactly my issue with World (and probably would have been with Iceborne, from what I’ve read) and Rise: tons of health. Pounding, pounding, and pounding again with three other hunters at a slab of polygons, which hardly reacts to the damage you inflict. As I was playing Rise and the new weekly missions kept upping the health of the monsters, the sight of it felt more and more ridiculous to me.

It used to be quite rare for a good timed big sword swing not to stagger a non-elder beast, and that’s what I felt was rewarding.
Oh well, as you said, I probably should move on: they are not going to revisit their new game’s formula.

ohh. interesting… so you didn’t even play iceborne? All monster hunter g rank expansions are like this. They all add larger hp pools and force you to really optimize your build. I just find it REALLY interesting you think Rise has issues with high HP pools because I’ve been grinding out the hardest monsters and I just don’t see it. I killed Valtrax 4 times today in under 10 minutes in MP! I did Apex Ratholos 5 times and never had a hunt go over 15 minutes. Are you sure you are optimizing your builds and utilizing them effectively? This feels like by far the fastest endgame hunt times of any MH I’ve played. 4U was much worse in this regard (the last authentic “true” MH experience that a lot of vets call back to as the “old style”), I distinctly remember things like Kecha Wacha taking 25, 30 minutes to beat with full high rank maxed out gear, and getting good hitzones too.

It’s not common for Greatsword to stumble in one hit in high rank. You typically need a couple of combos for that to happen, depending on your gear… if you find its taking a long time i might suggest trying Bow or HBG, those are by far the most damaging weapons lol. I’ve got a little cheeky mod that tells me everyones damage, dps, highest dmg hit etc just to compare myself to others, and the people who know how to wield those are insane damage dealers

Interesting you said Valtrax is ridiculous too, I find it to be one of the most fun monsters in the game to fight. I only use lance so maybe this biases me a bit but I don’t find it to be too fast… it’s just straight fun. it feels more like the pace for MHR. It would be crazy in world, granted, but it’s not THAT ridiculous…

The beginning of expansions are always a bit of a slog because they’re trying to challenge the people who’ve got full slotted end game builds. It gets a LOT faster as you progress, just like the base game

oh, and also, the demo has intentionally inflated health pools! malzeno won’t have 27k hp in a solo hunt in the real game!

Edit: ps I think you should not listen to that criticism of Iceborne and try it lol. You can get the ICE Community Expansion mod, and I think you’d likely really enjoy it. It’s absolutely one of the best endgames monster hunter has ever had and this mod makes it even better… I’m very partial to the gunlance there. Haven’t tried GL in MHR yet

I knew nothing of this ICE Community mod. Holy crap. This is amazing.

What are some of the highlights? I haven’t heard of it.

It is pretty immense. Going to just point you at the readme because there is way more here than I would be able to really understand impact-wise. But it sure sounds good. I think the biggest limitation to it is that it effectively forks your savegame (ie., you have vanilla and ICE specific savegames - and the ICE saves can only play online with other ICE players). While that makes perfect sense, I suspect the ICE player pool is much smaller than vanilla.

I do like the QoL changes it appears to make, and the shortcutting of some of the grinding. Making lance useful again sounds quite exciting as well. I think the one thing it doesn’t (and probably can’t) do is make some of the monsters less spaztastic. 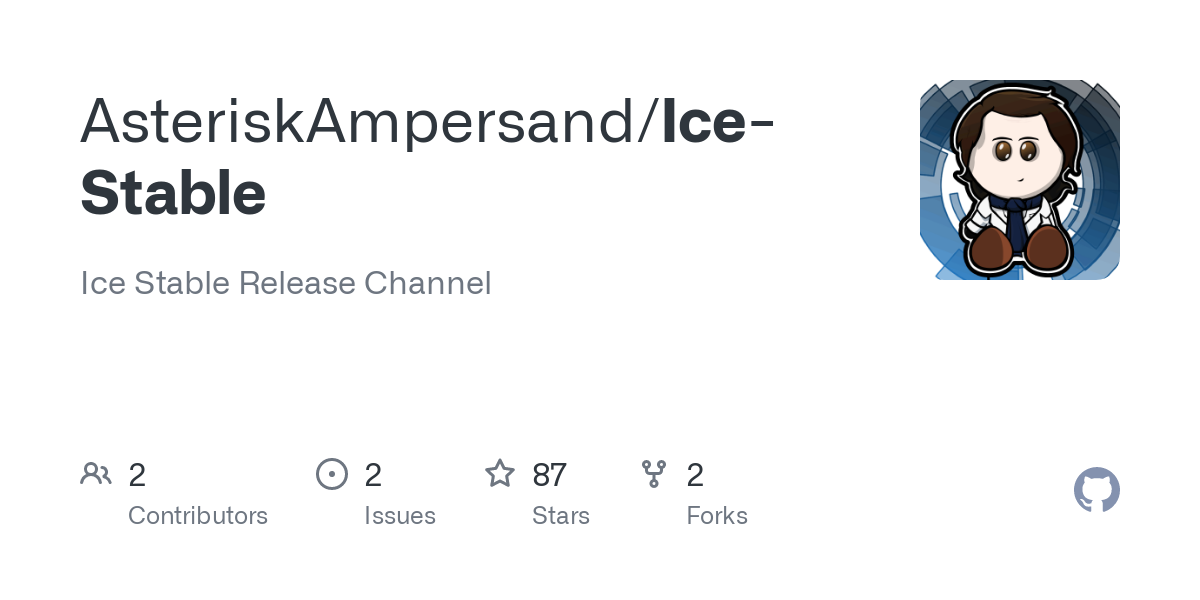 It doesn’t change monster ai. It’s mostly quality of life improvements, deco chance improvements, ability to skip cutscenes, weapon rebalancing, and they really modified the gunlance. I played thru the whole basegame and half of iceborne with it and it feels so freaking fun now because it’s got a guard point on the reload.

Just a breath of fresh air into an otherwise already great game, makes it really fun to replay if you ever get the hankering to play iceborne again

Here’s a video of Malzeno in the demo getting speedrun, makes me want to pick up the greatsword again. Weapon skill setup switching is going to be very fun 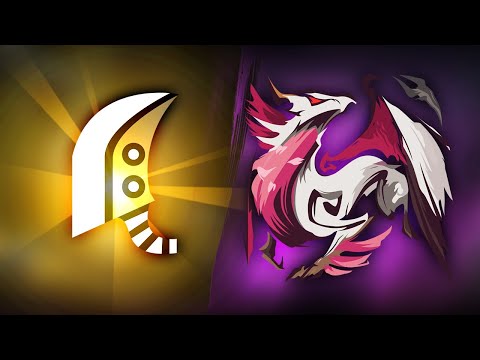 Reviews are starting to come out since it lands tomorrow: 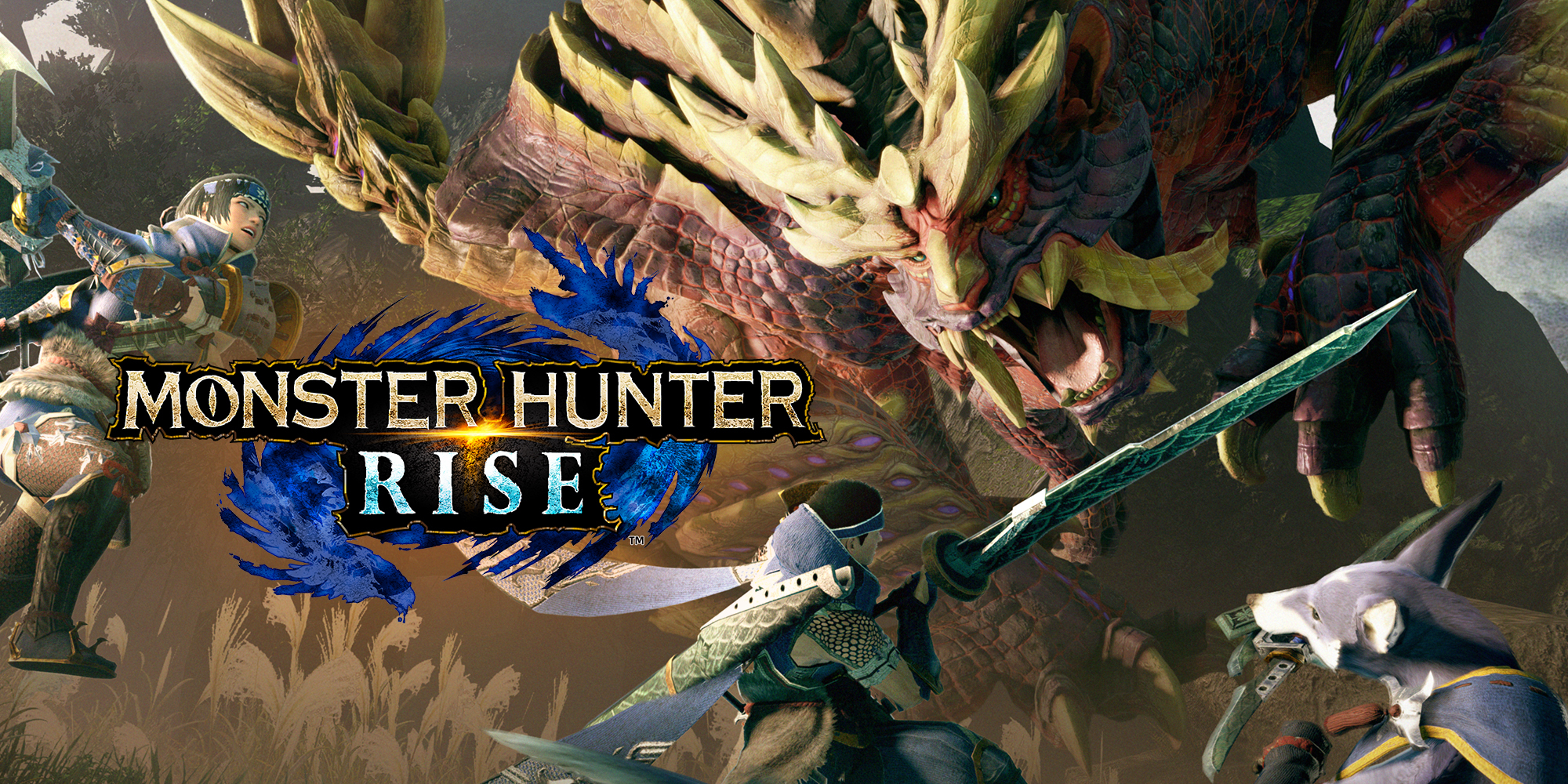 Monster Hunter Rise: Sunbreak is rated 'Mighty' after being reviewed by 19 critics, with an overall average score of 88. It's ranked in the top 2% of games and recommended by 94% of critics.

Overall seems positive, though the one complaint I’ve heard in a few of the summaries is that early sunbreak is fighting the base monsters (but master rank versions), so it takes a bit to get to the new ones. I bought it but I might not play it immediately, cause I think I burned myself out of it in the last month, woops.

Unlocked now, for anyone who is actually going to play it. 22GB download. :)

It’ll be after work for me. It’s been a while since I played, and since I mainly played Switch version back then I’ve no doubt got a ways to go to hit Sunbreak content on PC!