Got it, I was confusing the banner with the shop.

The mix of choices in the available stations on the paths also pose interesting cost/benefits decisions also. For instance, there are times when I wanted a healing pool instead of a card reduction and vice versa!

Yeah, it can be a difficult choice, but I like that.

That’s where I was and I also won tonight.

I also have been thinking about Artifact as I play this. The three-rooms-at-once thing. And of course the tower-defense thing: hit 'em with those DoTs in the first room, and let them tick…

Nicely done! That mechanic where the awoken boss does damage when healed is fun to use, especially with the spell that also damages based on healing done.

Just had a fun Stygian/Hellhorned run to beat Cov8. Not an easy run, so making the mix of sap/spell weakness/armor I was using work was quite enjoyable. The Seraph fight was the sort where the slightest mistake could doom me and I had to restart it multiple times because I made dumb mistakes like buffed the wrong character or played two cards out of sequence. Getting the railhammer (+4 armor whenever armor applies) saved my bacon or I don’t think I’d have won).

It ended gloriously, though: 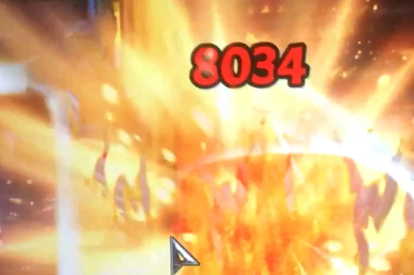 I had to restart it multiple times

Is there some mechanic for this or are you just save scumming?

Nicely done! That mechanic where the awoken boss does damage when healed is fun to use, especially with the spell that also damages based on healing done.

Thanks! Yeah, I had a couple copies of the healing explosion (or whatever its called) that does 10x the healing amount in damage. It was fun to have the boss hit me, then automatically heal up back to full health each time due to my regen.

Well, there’s no undo button., but the game also doesn’t save mid-fight, do if you make a mistake, you can just quit to the menu and continue your run.

I only had one row of units on the last two fights. I had one other dude, but never got him on the field (and he clearly want necessary at that point).

Well, there’s no undo button., but the game also doesn’t save mid-fight, do if you make a mistake, you can just quit to the menu and continue your run.

To each their own and not judging you at all, obviously. Personally, I would never do that and feel like I completed a run. So back to square one when I mess up it is.

First, no way I’m losing a run because, for instance, I accidentally dropped one unit on the wrong side of another or something completely unintentional when there’s no way to undo. Perhaps that’s partly motivated by playing on my iPad. I’ve made some silly mistakes like that.

Second, it can be wrote entertaining to try and puzzle your way through a fight that seems impossible because the run isn’t going well. I think I’ve gotten better at the game and learned new strategies trying to endure a losing fight.

I played my first covenant 1 run as Awoken and made it to the final boss before losing. Unfortunately, one of the main reasons I lost was because I ran into a bug that caused my best damage unit card (with multi-strike and sweep) to disappear completely for the last 4 battles of the run. I checked on steam and there is a thread there about it. I may put the game down for now until this is fixed. Very frustrating.

I won my my first run on Cov0 using Hellhorned with the Hornbreaker Prince champion on the brawler path. He was my main damage dealer.

I got to Covenant 5 this way and have not won a single run using any other champ since . . . I am about 15 failed runs in, and loving it!

…playing on my iPad.

You got my hopes up it was on iOS. You can stream Steam games to iOS? I thought Apple banned that?

Yeah, saw your post. I’ve played 40+ hours and never seen it, so it’s clearly rare, which makes it tough to find, but it’s happened to enough people it doesn’t seem like a case of not understanding a mechanic like purge. Sorry that happened.

Does it work with touch or are you using a controller?

I’m using touch. It works great, though occasionally I will choose a reward I didn’t intend to because I left my finger off it, etc.

Yeah I honestly don’t understand why these games don’t have an ‘undo turn’ button. Not a complete rollback to the start of the encounter but just something that acknowledges that a misclick in pretty much any turn based game can totally screw you over. Contrast that with how meaningless firing off a round or shuffling an inch to the left by accident in an FPS is, for example. It’s always seemed an overly harsh punishment, to me; since there’s no exploration/scouting in this or StS (thus, not ‘abusable’) I can’t see a good reason for not doing it really.

I ran into a bug that caused my best damage unit card (with multi-strike and sweep) to disappear completely for the last 4 battles of the run. I checked on steam and there is a thread there about it.

Yuck, that sounds bad. I took a quick look at the bugs thread in the Steam forums, but it’s 13 pages long, and I didn’t stay long enough to find this particular issue. Which unit card was it? Does it apply to any unit with multi-strike and sweep?

I had my second consecutive win, this one on Convenant 2, playing as the Umbran primary and Stygian Guard secondary. I chose the Trample path all the way. My three key synergy cards were the champion, Prismal Dust, and Ember Cache. The Dust confers damage immunity per ember spent, and I added doublestack to it, and then cheapened its cost and removed consume. The Ember Cache pumps out embers and lets you draw new cards. So I’d pump up Prismal Dust with Ember, often getting 8 or 9 ember in a single turn, which meant 16 or 18 stacks of damage immunity on my trampling 150-damage hero. Better yet, these big stacks tended to appear most often toward the end of the round, when I needed them most. So my champ sat on the bottom row and would pound out 150x16 damage with damage immunity – enough to solo Seraph in the final battle, since I’d whittled her down a bit beforehand. A satisfying win with a good engine.

Nice job! There’s an artifact that increases the effect of X cost cards by 3 which is pretty nifty.

It’s always seemed an overly harsh punishment, to me; since there’s no exploration/scouting in this or StS (thus, not ‘abusable’) I can’t see a good reason for not doing it really.

There’s a bunch of effects that reveal information to the player right after a card is played.

Supporting undo will either constrain the design space of possible effects, be abusable (and you know players would do that), or make for a confusing UX where some card plays can be undone, others can’t. The tricky bit is that it’s not even like you could make specific cards block undo, since sometimes these random effects come from artifacts.