I suppose this is appropriate…nice title! : 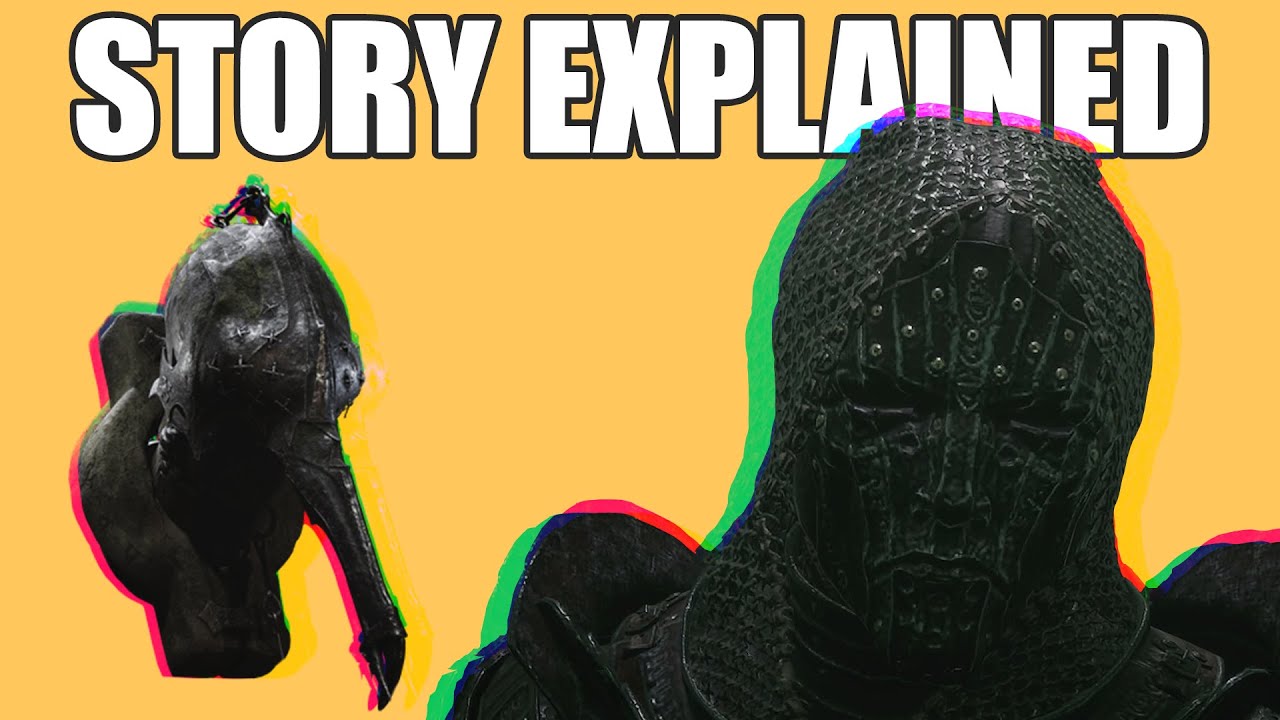 Speaking of parrying, does anyone really like parry mechanics?

I don’t like them in most games. It requires way too much precision. But there’s certain enemies where it’s pretty forgiving in Bloodborne, so I don’t mind it there. And the whole combat system is reliant on pseudo-parrying in Darksiders 3, so they implemented something that I like even more: right as an enemy is about to strike you, they go into slight slow-motion, so that’s your cue to evade and then hit attack. At least, that’s what they do on “balanced” difficulty, but there are 3 more difficulty levels on top of that, so I’m betting there’s multiple difficulties above “balanced” where they don’t go into slow motion.

Going around without a shell is actually kind of interesting as it forces you to bank on the one advantage it gives you: you have practically unlimited stamina. Most of the items are completely useless, so it also simplifies things to the few items that you do need.

I really appreciate that they added new skins for all characters, including going naked. So here’s me, au naturel. This skin is appropriately called Super Meat Boi : 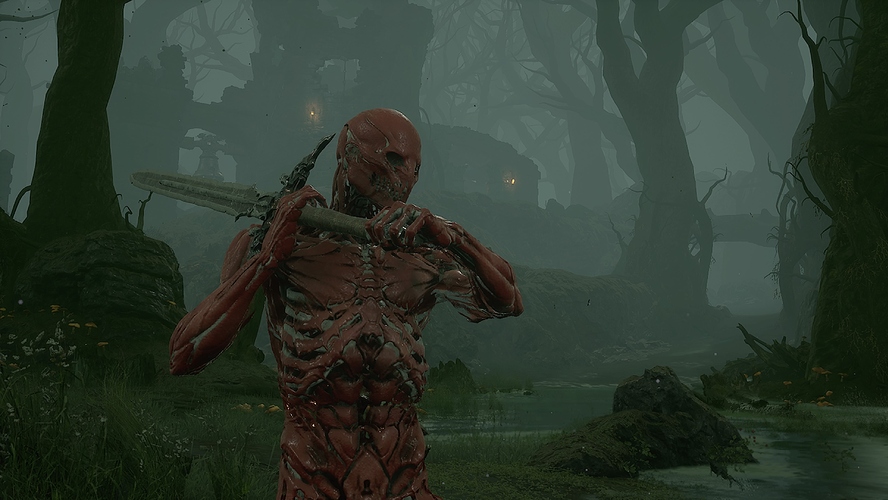 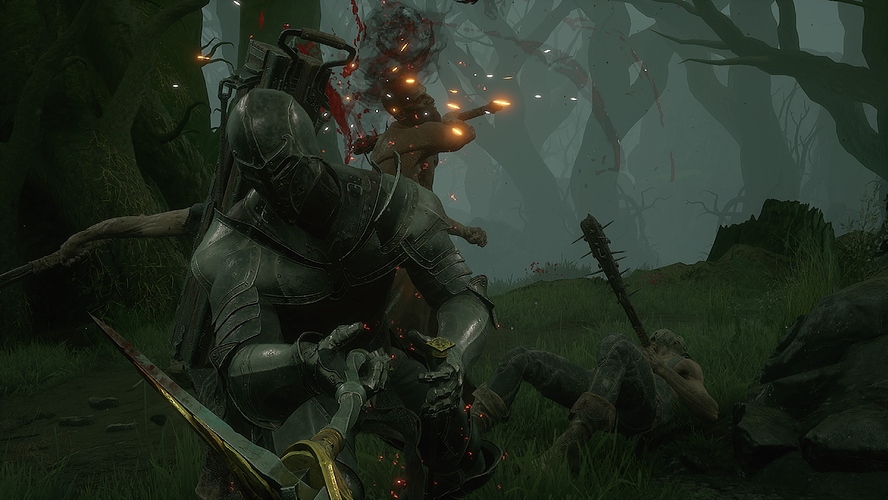 I am mostly scared of Sekiro because I’ve been reading that thread. Back when it came out, just the amount of people who had so much trouble with it made it seem really, really daunting.

Sekiro is ridiculously hard. I’m at best a pretty casual gamer and have never played any other From titles. Sekiro had bosses that took me weeks. If I’m honest, there were areas full of low-level minions that took me days!

The last boss literally took me about seven days of work. It got to the point I was approaching it like actual training sessions for a real fight - an hour or so in the morning and an hour in the afternoon, followed by an hour in the evening. This was every day on just one boss. When I was going to sleep at night, if I closed my eyes there were two posture bars on the top and bottom of the inside of my eyelids!

BUT, for some reason I never, ever got so frustrated I didn’t want to stop and when I started a NG+ playthrough I remembered every minute of why I love it so much. Every boss and even a lot of the areas are incredibly tough, which just makes it so satisfying to finally conquer someone that’s been giving you trouble for days on end.

The amazing thing is that it never really forgets how hard it is and the emotional and in-game rewards seem to be just right. As maddening as it can be, every moment can be very rewarding, whether it’s pulling off the just-right sequence of slash, slash, perfect deflect, slash, slash deflect, roll away, pause and look at each other which feels like a genuine swordfight, working out just the right sequence to clear an areas without being spotted, or finally sticking your sword deep into something’s neck after 10 to 15 minutes of battle.

Somehow the juice just always manages to be worth the squeeze. (Especially when that last red dot appears on a particularly troublesome boss and the musical clue plays - I’ve literally yelled out loud in joy when that happens.)

slash, slash, perfect deflect, slash, slash deflect, roll away, pause and look at each other which feels like a genuine swordfight

Any of the lone samurai vs Sekiro fights really. Basically any time you squared off against another ‘person’ on a deeply cinematic backdrop and just went at it. But yes, that was a massive highlight.

Speaking of parrying, does anyone really like parry mechanics?

Really depends on the game. I never got comfortable enough to do it in Dark Souls, but have enjoyed it in others. LOVED the mikri counter in Sekiro.

BUT, for some reason I never, ever got so frustrated

To me Sekiro mastered the “hard but fair” paradigm. Yes, there were some enemies that were bullshit. But, the bosses especially seemed well designed; when I died I always knew exactly where I messed up.

Heck yeah, I was waiting for someone to mention the Mikiri counter! Thank god the timing is very generous. It’s probably the only new thing Sekiro brings to the table in terms of dodging, parrying, etc. Dodging into an attack is kind of novel and awesome and the animation of Sekiro literally putting his foot down in front of his confused enemy never gets old. “They said the pointy end goes into the enemy, but it’s not working. I think my weapon is busted.”

For what it’s worth, playing Mortal Shell in one hit KO mode brings a little bit of the excitement of mastering Sekiro.

LOVED the mikri counter in Sekiro.

Oh completely. There’s also just something so cool about the contemptuous way you stamp on the weapon as well.

That’s the other thing that I think Sekiro brings to the table. When you’re not getting slaughtered by nameless nobodies or getting carved up in seconds by bosses, if you start reaching a level where you’re actually competitive, there are some amazing moments where you really feel like a serious, hardcore warrior that can’t be touched.

To me Sekiro mastered the “hard but fair” paradigm. Yes, there were some enemies that were bullshit. But, the bosses especially seemed well designed; when I died I always knew exactly where I messed up.

Absolutely agreed. Especially as you start to learn the bosses a bit more and it often becomes a game of composure and patience. On NG+ I’ve died a couple of times more than I should have through being greedy and thinking there’s just one more hit I need rather than respecting the opponent and pulling back to be patient and wait for just the right time.

There’s also just something so cool about the contemptuous way you stamp on the weapon as well.

the animation of Sekiro literally putting his foot down in front of his confused enemy never gets old.

So much this. It’s a fantastic animation. Very satisfying and satisfies the risk vs reward aspect of parrying (as noted the timing is also pretty generous).

Sekiro does a good job in almost a rock paper scissor fashion. Some attacks you want to deflect, some dodge, and then you need to jump over sweep attacks and mikri thrusts. Once you get the rhythm down it’s so satisfying.

then you need to jump over sweep attacks and mikri thrusts.

And then you get to slap yourself on the forehead shouting ‘it’s a sweep, it’s a sweep’ as Sekiro drops to his knees and rolls onto his back after dodging chest-to-chest into someone’s swing.

And then you get to slap yourself on the forehead shouting ‘it’s a sweep, it’s a sweep’ as Sekiro drops to his knees and rolls onto his back after dodging chest-to-chest into someone’s swing

Would say I agree with most of the consensus.

The Good
-Fun combat, I mostly ike the hardening mechanic and parrying is a good risk vs reward
-Good selection of weapons. I prefer a few well designed weapons over a ton of very similar ones.
-Shell system is a fun twist on classes, and returning to your shell is a nice feature.
-I like the streamlined abilities structure

The Bad
-Level design is not good. Finished the pillars of infinity or whatever it’s called and holy cow I did not enjoy it. Cool concept, but poor execution.
-Enemies are pretty boring, and bosses are not very fun.
-Copying the method of telling story like a Souls game, but it doesn’t seem very deep.

The Ugly
-Wow the swamp is ugly as hell and annoying to navigate.

Overall I enjoy it. Mostly frustrating because the bones of a really good game are in there, but it just can’t quite rise above a lot of the issues.

Next Gen version with free upgrade for PS4/Xbox One owners to the respective console.
I may finally give it a shot. 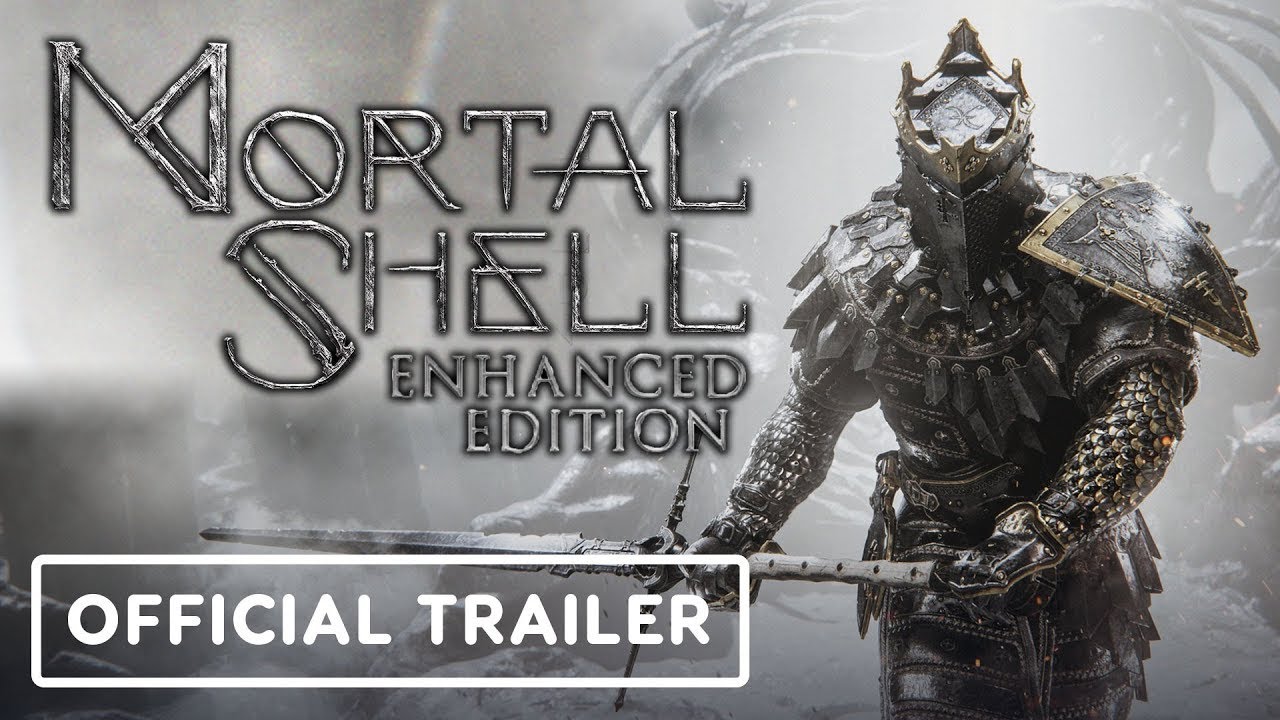 I’ve been playing the PS5 version, it’s kind of a bite sized Souls, somewhat like Ashen in that way. Early game is pretty hard though, there’s no grinding up.

Dualsense support is pretty well implemented. Good haptics and nice resistance trigger implementation that assists gameplay, Left Trigger vibrates if you try and harden while it’s on cool down and Right Trigger gets stiff when you use it when very low or out of stamina. Better than I was expecting from a port.

I’ve started to play this because the performance of Surge 2 is annoying me a bit, and I just felt like some Dark Fantasy, and boy do they nail the atmosphere with this one. If only the gameplay was as interesting as the Surge to go along with it, but, you know, it’s not bad!

Does this game even have a story? I know Dark Souls takes a lot of shit, but even at the very beginning, while there is the haha ring the bells and something happens line, there is at least some setup, ok Lordran, undead, got it. In this there is…nothing? Even once you get to the keep it’s like ok how about you grab me some glands to heal me, and then off you go.

I thought I remembered some setup in the demo? Maybe something about a Mortal shell?

There is in fact a four line…thing as you start a new game about how the Mortal Shells search for meaning.

Anyway, what I really came here to post is that they’ve announced a DLC: 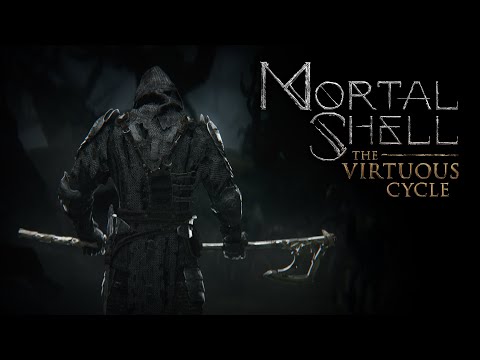