"The catch is, a boat this big doesn't exactly stop on a dime." The Cosmonaut Alexei Leonov has three things going for it that made me immediately fall in love with it the first time I saw 2010 in a theater in 1984. First, it is massive..

I did not see this one coming and it delights me. I'm going to re-read this post with the Red October soundtrack going to achieve the proper effect.

Fantastic pick, also didn't see this coming. Love this particular ship, even more than the Discovery.

Man, now I want to watch that movie tonight (I always had a soft spot for it, don't know why) but Netflix streaming has failed me again.

Okay, it is a pretty cool ship, but that doesn't excuse your cinematic taste. The rotating bit is cool, the industrial style is evocative, and of course it expresses something about the Soviet mindset in space. But, Jesus, when you watch Discovery approach Jupiter and you realize it's like a sperm encountering an ovum... 2010 could never be that confident in the symbolic freight its images deliver.

Still, since we're just talking about the spaceships and not the films, good article.

You are absolutely right in your point about symbolism. 2010 is a blunt instrument when it comes to that. The movie has John Lithgow and Elya Baskin making "easy as cake"/"piece of pie" jokes for goodness sake. To say nothing of the number of times Peter Hyams makes us listen to, "My god, it's full of stars!"

To say nothing of the fact that Bob Balaban rocks planets.

I've never seen 2010, so perhaps this is a dumb question, but... are you _positive_ that picture is of a ship from that movie, and is not accidentally a screen grab of an Omega Class Destroyer from that one episode of B5 where they went on a spacewalk? Because that's exactly what it looks like...

Nope, that's totally the scene from the movie where Lithgow and Baskin are making their way over to Discovery to reactivate her.

I've never seen 2010 most likely because it's a sequel by a different director with a different vision. I like my franchises consistent.

So I guess you've steered clear of the Alien franchise then?

Yeah, it is a funky comma. But I liked the way it scanned when I did my out-loud rewrite.

You got me there. I totally forgot about Alien and Aliens. I've seen and enjoy them both.

The sequel I had in mind was 28 Weeks Later, which is great from what I hear from the movies podcast. Still, I've been quietly avoiding it for silly reasons.

Great article, but the Leonov is anything but massive: it's only 1/3 the size of the Discovery

Been working on a 3d CGI model the Lenovo’s interior. I’m doing the Wardroom first, but I need all the refs I can get. Been scouring the net but I think I’ve gotten all I can get online! 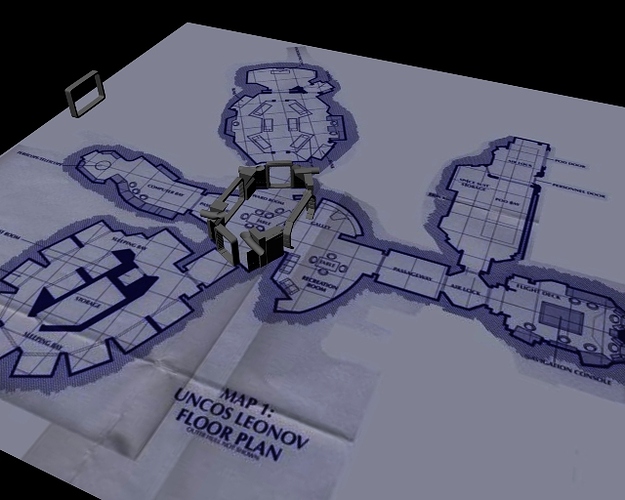 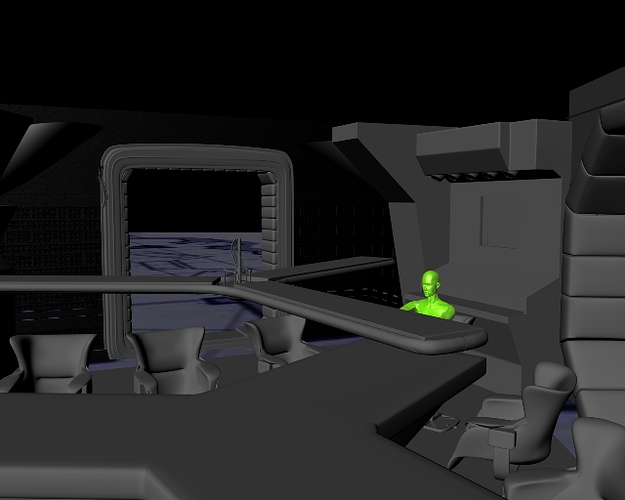 The problem with the rotating center is that it has nothing balancing the rotation with counter rotation. So when it rotates the rest of the ship should be torqued the other way.

And the inside does not fit the rotating mid section, not for creating centrifugal force gravity.

I must be missing something and I’m certainly confused, why is this in the Gaming Forum and not in the Movie/TV/etc forum?

And you waited six years to complain about it? [I’m kidding.]

As I had not ever seen this thread here before, I clicked on it assuming that it was some kind of special ship being sold for Star Citizen.