That’s probably pretty OK. I tend to think that her “Embiggen!” powers would have looked terrible in live-action.

This is kind of where I’m at - it’s not quite the same as stretching powers that Reed has - in the comics she will do things like make her first the size of a Volkswagon and smack someone from twenty feet away - it’s neat but it never visually or creatively did a lot for me, so I’m actually finding myself more interested in the character with a new power set, honestly.

(very Plastic Man of her!)

In the comic, she’s like a blend of Elastigirl & Ant-man, usually getting bigger more than smaller, which would work best in an animated show. I feel like this show would be a perfect counter for Marvel/Disney+ to throw at Image/Amazon’s Invincible had they gone that direction with it, and I’m honestly disappointed they didn’t. But I’ll still give this show a chance to win me over!

(very Plastic Man of her!) 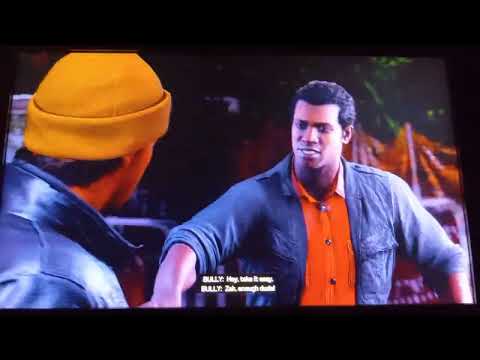 @CINEPAPI
15 year old Iman Vellani made a Ms. Marvel suit for Halloween and all her friends thought she was The Flash😭. Years later now she IS Ms. Marvel in the MCU. Like woww https://t.co/PbRPdbnj7E 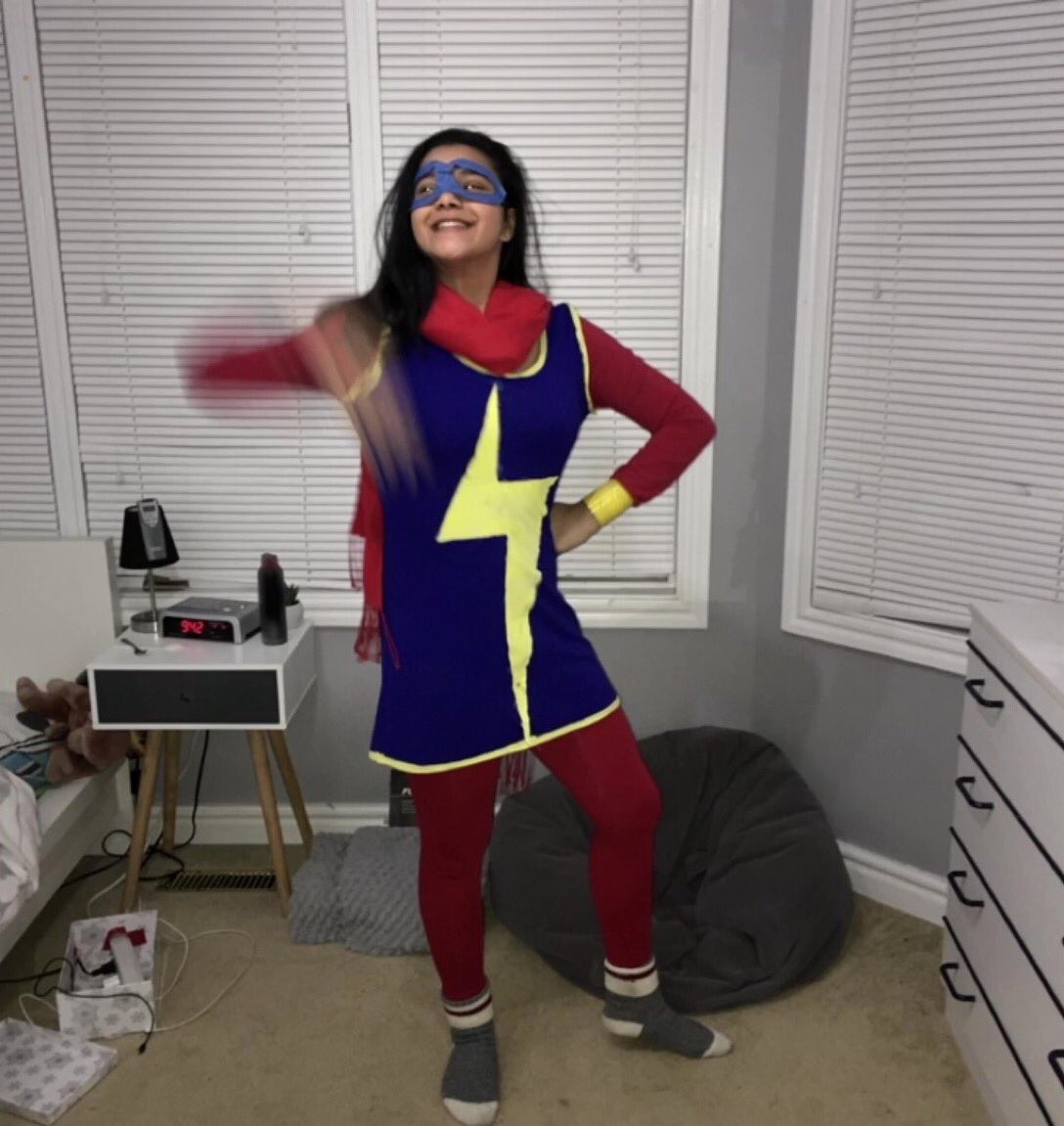 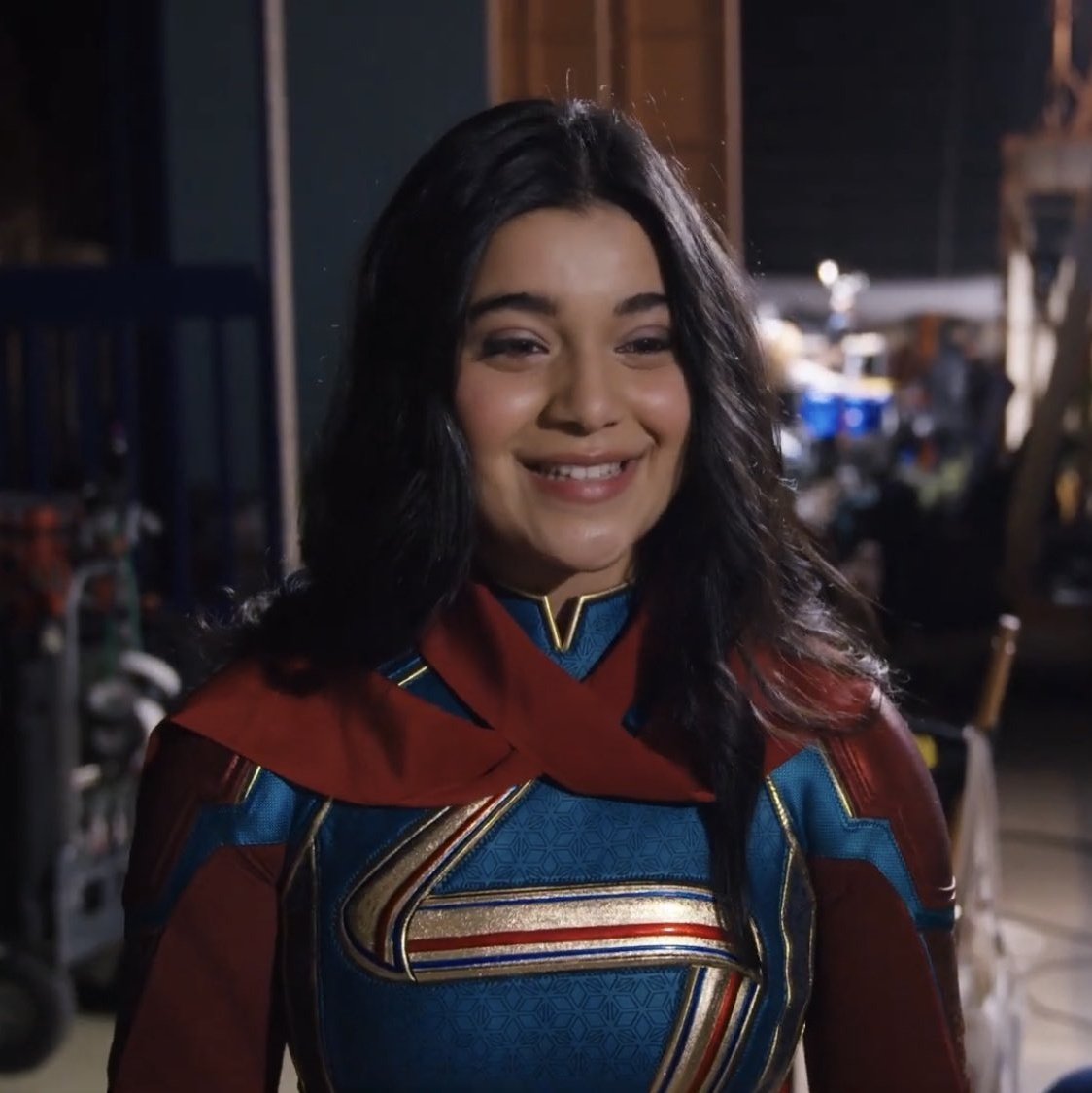 That is such a Ms Marvel backstory! For those who haven’t read the comics, her character is like the biggest superhero fangirl ever! When she meets Wolverine, she takes a selfie with him and freaks out about how cool it is to team up with him the whole time.

Clearly they’ve found the right actor to convey that energy.

Pretty good handmade cosplay too. It looks better than mine did!

When she meets Wolverine, she takes a selfie with him and freaks out about how cool it is to team up with him the whole time.

I’m sure he loved that, lol. 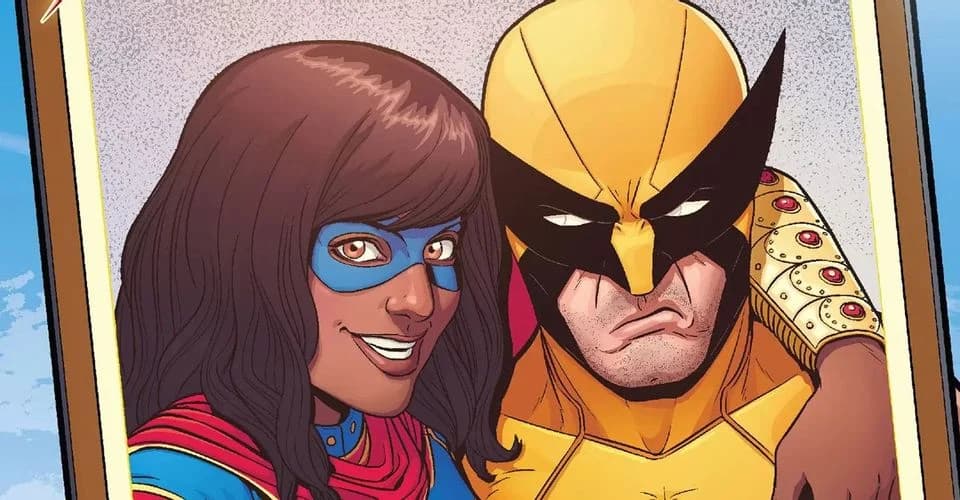 Well this was just absolutely charming.

I’m excited to watch it when I get home tonight. Kamala Khan is one of my favorite Marvel characters - her family, her circle of friends, her superhero fangirl-ness, her weird villains. I don’t care that they changed her powers from the comic books - that’s the least interesting thing about her.

The number of nods to the original comic book team during the first episode was excellent.

Really digging the cast and the quirky energy/vibes the first episode had going for it even if the family conflict is the typical thing you’d expect from a show centered on a teenager. My main concern at this point would be that it will lose some of its charm as it dips into standard MCU territory in later episodes.

The first episode has a nice early Spider-man vibe to it.

Let’s hope the rest of the series doesn’t have her suddenly become the heir to Tony Stark.

I had a really hard time with the whole “let’s spend a ton of money to intentionally make the visuals look cheap” schtick. Both the CGI for the powers, and the way they seem to have perfectly duplicated the look of bad TV series targeting 10 year olds. I don’t know if it is the lighting, the camera, or what, but it just looks awful.

But then they make it clear that a lot of time and money went into this, with the good and unobtrusive CGI elsewhere. It just seems to be a conscious choice, just like wandavision’s aesthetics, and I’m finding it equally uncharming.

I like the cast and the dialogue. The story seems like totally standard second generation immigrant fare. Which is fine, but also something we have all seen a hundred times. I’ll be curious to see whether they manage to make more out of the Muslim part, or if it’ll continue 99% generic with just the surface level “let’s sprinkle in some foreign words”.

I like that Ms Marvel seems to going in an entirely different style, even if I’m perhaps not squarely in the demographic of what seems to be 10-14. I would prefer that Marvel continues to make a broad variety of shows that caters to different tastes then just a single flavor. Marvel might also introduce me to a directing or aesthetic style that I might like.

I think the casting for Ms Marvel seems spot-on - she seems to be able to channel the Ms Marvel fandomness and naivete fairly well, and surely there can’t be many more deserving persons than a teenage Ms Marvel cosplayer to be awarded the role!

It’s definitely aimed for a younger audience than, say, Moon Knight or even Hawkeye… and there’s nothing wrong with that.

The direction/cinematography was pretty impressive during the exposition scenes – the bike-ride to school with the animated murals was fun, and the texting scene with the (mostly) physical effects showing the conversation was just delightful.

Yes, the 2nd generation thing is a trope, but it’s also pretty well-done and very true to its comic roots.

It’s interesting that the show chose to make the older brother sympathetic immediately – as I recall, he was a bit of a foil in the comics and was only slowly revealed to be a reasonable and personable guy.

The direction/cinematography was pretty impressive during the exposition scenes – the bike-ride to school with the animated murals was fun, and the texting scene with the (mostly) physical effects showing the conversation was just delightful.

Reminds me of Mitchells vs. The Machines, Katie and Kamala similar too in their creative endeavors and YouTube channels.

Reminds me of Mitchells vs. The Machines

Yeah, that’s what came to mind to me right away.

My kid and I kept thinking Nickelodeon. Just were both beyond bored. A few good laughs but that was it for us.