my boss asked me to look into what our options are for replacing or supplementing ms teams since our company is adding a retention policy (“we’re not retaining all this crap after 30 days”). i remember hearing lots of good things about slack but my boss said he waned something that can be managed/controlled by us in house. not sure how that works with any of the teams replacement options. basically we want to store faqs/how-tos, ask questions, etc. and save it.

does slack need to have servers owned/controlled by slack to work? or can the client do that? if not, what are teams competitors i should be looking at?

Slack is only SaaS, you can’t self-host.

Note you can set retention policies in MS Teams, so that’s not a reason to switch, particularly if you’re already paying for office365.

Everything else sucks compared to Slack but if you want to self-host Rocket chat is OK.

Lead with a Communication Hub that allows total control of your data. All in one platform: team collaboration, omnichannel engagement, DevOps and ChatOps.

So you’re looking for a self-hosted option? I heard of something that might work, though I haven’t used it myself… hang on while I search…

So, didn’t find whatever it was I saw (could even be a different kind of software), but there’s something called Mattermost? Very Slack-like, it seems, so maybe it fits the bill.

If I find whatever was in the back in my mind when you made your question, I’ll post it here. ;)

Zulip combines the immediacy of real-time chat with an email threading model. With Zulip, you can catch up on important conversations while ignoring irrelevant ones.

Aaaaand it was Zulip that I had in the back of my mind after all. Thanks, @Clay !

Teams retains all data forever by default. So someone in your organization must have changed that.

Two years ago we looked into Slack alternatives. Mattermost seemed like the most mature one that stage and I also remember being told that Ubisoft planned to switch from Skype for Business at that point. Rocket.Chat was super-rough and definitely not ripe enough for proper use way back. People in the team didn’t like the Zulip UI, but I gotta say that, to this day, Zulip probably has the best implementation of threading. (That’s a thing that still feels very tacked on in Slack and I’m not a big fan.)

None of the alternatives we evaluated then had the polish or maturity of Slack, and none of them could be as easily integrated with other tools and services like Slack. It has a better eco system in that regards. Some things certainly will have improved in the past two years though.

Discord is trying to push into the business segment stronger these days and move away from its image as gamer app. I know a smaller studio or two that use it as main tool for their internal real-time communication. Isn’t on the same level as Slack when it comes to tool pipeline integration, but I do like the functionality of setting up voice/video channels that people can simply jump in or out at will. That’s a neat feature in times of distributed teams and WFH because people can see who is in there and maybe just wants to socialize a bit. No self-hosting either though.

How about your very own IRC server and everyone gets mIRC?

+o for VP level and above.

Way too old school, dude. They don’t even make those lawns anymore.

So your (guessing not IT department) department head wants to implement a chat/conferencing app -outside- of the company Teams integration. I’m just here to tell you good luck on that mission, it’s the budgeting and separate cost that will most likely not fly.

Can you tell us what kind of job function your department is; accounting, marketing, sales, software development?

I kind of hate Slack for work purposes. It demands constant attention, is abused by a lot of people, and the treading is awful. Seems like a lot of people are Slack-fatigued.

Why a Slack Backlash Is Inevitable

It’s great for social/hobby uses, though.

we use our software product to make insurance websites. yeah, i asked my boss what he was expecting: some sort of big budget thing? and how we weren’t going to be hit by another data retention policy.

thanks for the recommendations so far, i got a starting point now for compar pros/cons of each.

It really sounds like Teams is your best option, tbh.

The integration from Teams to all other MS products is the killer. It’s also come a long way very recently with additional features like break-out chat, break-out conferences, hidden and replaced backgrounds, etc. Add to that the long list of integrations with other products and vendors like Jira and Trello. There are even third part add-ins via code for things like GitHub.

So you’re going to be really hard pressed getting a good match. Slack would have been my first guess for that fit. Beyond that, you start losing quite a bit of functionality for any integrated products and you get more toward team chats and/or conferencing, not all-in-ones.

Someone above mentioned talking to management about YOUR retention. I think that’s honestly your best option. It is very possible to select specific teams and/or users to have a different retention policy. 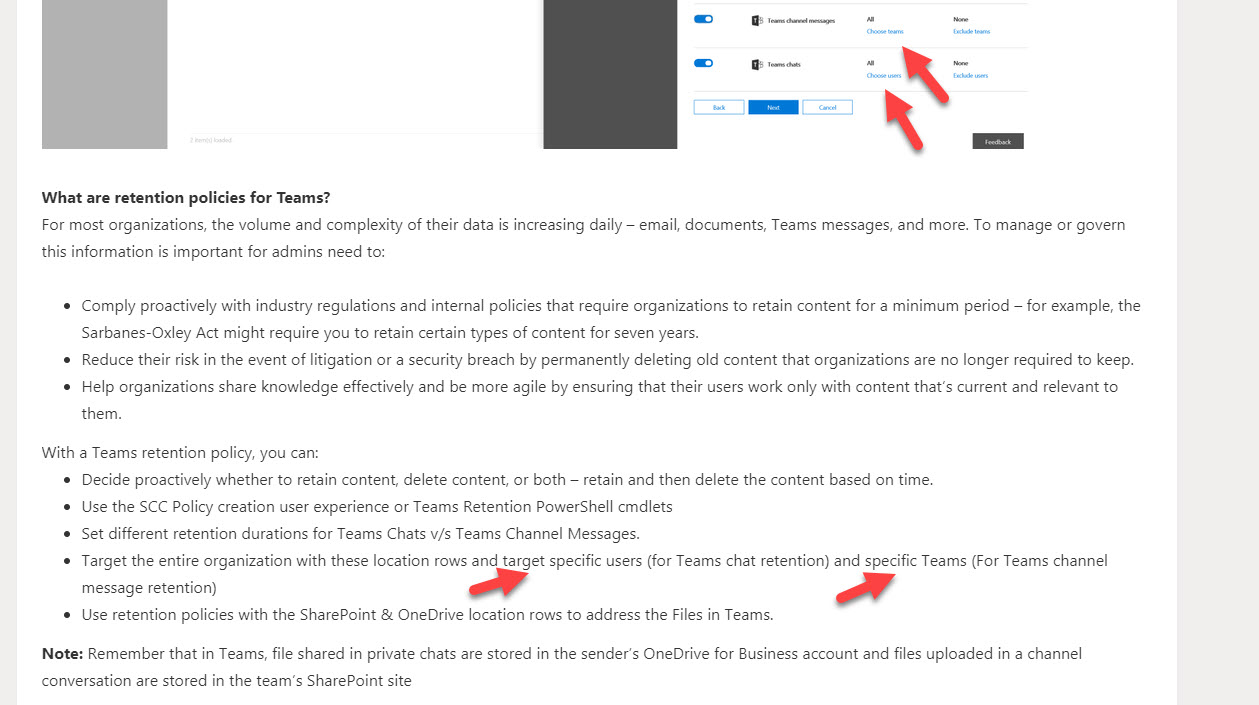 Teams is OK, but really everything sucks compared to Slack. Teams is just a better deal because MS throws it in with Office365 which you probably pay for anyway.

That’s blatantly anti-competitive and I’m sure Slack is thinking about suing.

That’s blatantly anti-competitive and I’m sure Slack is thinking about suing.

They sort of did, starting in the EU where their odds are better.

Slack Technologies, Inc., (NYSE: WORK) today announced it has filed a competition complaint against Microsoft Corporation before the European Commission. The complaint details Microsoft’s illegal and anti-competitive practice of abusing its market...

How is adding a collaboration tool into your for-pay office suite anticompetitive?

Consumers and Innovators Win on a Level Playing Field — Spotify

My goal for Spotify is and has always been to reimagine the audio experience by giving consumers the best creativity and innovation we have to offer. For that to be a reality, it is my firm belief that companies like ours must operate in an ecosystem...

That is very different. Is Microsoft charging a fee for Slack to be sold on Windows now? Did I miss that?