Mythgard is the Advanced Squad Leader of collectible card games 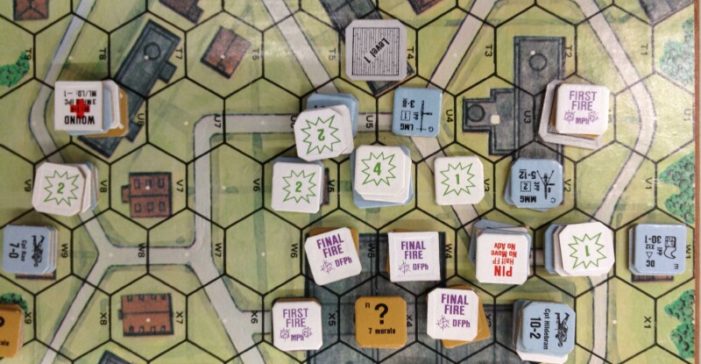 Collectible card game design has come a long way since the days of Magic’s blue denial decks.You can almost see the edicts that must have come down from the high halls of design theory: don’t prevent players from doing something they have already legally done..

Is it possible, though, to just play H2H with a pal, and start with some interesting decks, without any grinding? Because I sure just want that. I do not want to earn coins and all that horseshit.

Is it possible, though, to just play H2H with a pal, and start with some interesting decks, without any grinding?

Yes, and this is definitely the way to approach the game. You get starter decks for each faction and there are a rotating set of community decks always available. And as I think I mentioned in the review, if you want to do some deck-building, just breakdown the cards for the colors you don’t want. This will give you plenty of resources to craft cards in the colors of your choice. Rhino also makes it easy to access I think about 20 free packs with a couple of promo codes you can easily find.

Mythgard is NOT a grindy game.

I don’t know how to react to this article because there’s no review score at the bottom.

I played a little bit a few weeks ago, after Tom’s review went up. Then inexplicably, the next day I ran into the same problem someone else did, where they got an Invalid Password or Token error when entering a correct password. I tried to submit it as an issue in-game, and it wouldn’t submit.

Ah, thank you so much!

Your review made me think of Up Front! I’d never thought about Up Front! as a collectible card game before.

Yep, if Mythgard is Squad Leader of CCGs then Up Front is the CCG of Squad Leaders. Or something.

Anyway it also has terrain cards and lane-based units.

I really enjoyed this review. Mythgard has been my go-to game for the past couple of weeks, ever since I saw Tom’s positive review. And I played the heck out of Advanced Squad Leader back in the day. So I know both games pretty well, and I kinda see the resemblance. I do think Mythgard is a lot easier to learn, though!

Like Brooski, I’m worried I’ll eventually tire of Mythgard and move on to something else. After all, that happens with almost every game I play. But for now Mythgard has me hooked. It’s a great design, the artwork is gorgeous, and it makes me think. I like that!

Yeah, Up Front occurred to me, too! In high school, a friend of mine and I would buy tons of Coca-Cola (glass bottles!) and Kit-Kats and play that game until 1 in the morning. Which in the early 80s seemed like really late. We called it “The Game.” “Hey,” we’d say to each other. “Wanna play The Game?” It does have lanes. But the difference between it and Mythgard is that in Up Front, the lanes are NOT ephemeral. You have defined characters with certain skills and weapons in each. And the loss of your LMG team is a big deal. The mechanics were far less likely to produce an unlikely hero.

You’re totally right about the shifting terrain, too. Very Mythgardian, in a way.

I think it gets better with more cards, which is the case with any good CCG. But I eventually quit, because the game simply has no player base. Playing against bots gets boring. And @tomchick is ducking me.

I still think Netrunner is the best CCG/LCG ever produce, because it gets rid of all the dudes/creatures/minions…ENTIRELY! They are gone. The very thing that dominates all other CCGs (and it is awesome, incredible, and totally sweet)

Also as a sidebar it was the only card game I played regularly at a local FLGS every week with roughly the same group of people over a period of years. (that helps)

A really great review Bruce. I started reading with absolutely no interest in Mythgard, but by the end I really wanted to try Advanced Squad Leader.

Don’t say that out loud!

I’m not going to, like, actually go learn about dice modifiers and movement phases and all that stuff, but I’m not kidding when I say the review makes it sound exciting. Rubble markers? How can a game not be good when it has destructible terrain?

IKR?!?!? Tom Chick’s drive-by plaudits are so frustrating! “Enjoy this game I loved, suckaz, I’m on to the next thing.” What do you play with the man who plays everything?!?!?!?

Interesting read, especially the parts about why modern CCGs are the way they are. It’s nice to hear I’m not alone in thinking interrupts are annoying and make electronic implementations a drag.

I’ve completed the tutorial campaign, which is fine I guess, but it’s the puzzle scenarios that really make me think about the game’s mechanics. Having fun so far!

I’m having fun too. I just finished a couple of the ‘alpha’ puzzles.

Have any of you tried the player-made decks of the week? What a neat feature that is! You can take these decks into constructed (PvE or PvP). In my one game with the “sacrifice” deck, I won easily, although that’s not a playstyle I normally prefer. I won two out of three using the “arena” deck, but I had much more trouble with it. Its central theme is supposedly using the Arena to have your minions duke it out with theirs, but I haven’t really gotten that working for me.

I also like that there are so many PvE options, including a draft mode – and they all bring rewards, all the time. I’ve played about a half-dozen PvE gauntlets, going the distance in all but one of them. OK, the AI is not as good as a player would be, and it occasionally makes dumb mistakes, but mostly it plays well enough.

I, um, actually haven’t tried PvP at ALL. In Hearthstone, I’d get very stressed out playing actual humans. Here, I don’t have to. So maybe I don’t care if the servers are mostly empty. Although judging from the chatter in the Discord, there are people playing online.

Only playing PvE so far. I wonder if you can set up a draft tournament that’s invite-only. In this or any other digital card game, really.

Codes are going up this week for a free copy of all the cards in the core set. There should be one code per color. Codes are redeemable until March 15.