With only a 50Mb upload I wouldn’t tell everybody to direct play, no. I would:

put the 2700, PSU, RAM, and 1050ti in your case. Install proxmox. Create a Plex LXC. Pass through the /dev stuff for NVENC hw encoding. Install Plex in the LXC.

nice, and you can sometimes find a very capable secondhand Quadro for almost nothing

Proxmox is such a powerful product for free, its astounding.

It really is awesome. I have a 3-node proxmox cluster at home, comprised of small power-efficient 1L PCs purchased from eBay. Basically double the size of a NUC, but vastly cheaper and they can fit a 2.5" drive.

It’s extremely slick, all my containers and VMs replicate across to the other two nodes, and if their running node goes down they start up on another one. If I need to reboot a node I just migrate its stuff to another node then do it. It easily backs up to my NAS too.

Thanks for the lengthy and useful replies.

I want to make use of the Ryzen 2700 but an ITX mobo would be $250 and initially my thoughts were better spent on a QuickSync-capable Intel CPU and $160 mobo instead.

Plan was to get a NAS or JBOD tower/enclosure of 4-8 drives (TerraMaster, Synology whatever) to pair with the SG05 ITX server (which needs either just a mobo or a mobo + CPU) case.

HW transcode of Plex streams can’t be done in Linux Plex right, only Windows (and the hacked NV drivers are Windows only I thought) Plex right?

Hardware transcode works great in Linux, I’ve been doing it there for years. The $140 complete freakin’ computer I linked is quicksync-capable and I can personally attest it works. I have never used nvenc in Plex so I can’t speak to it. 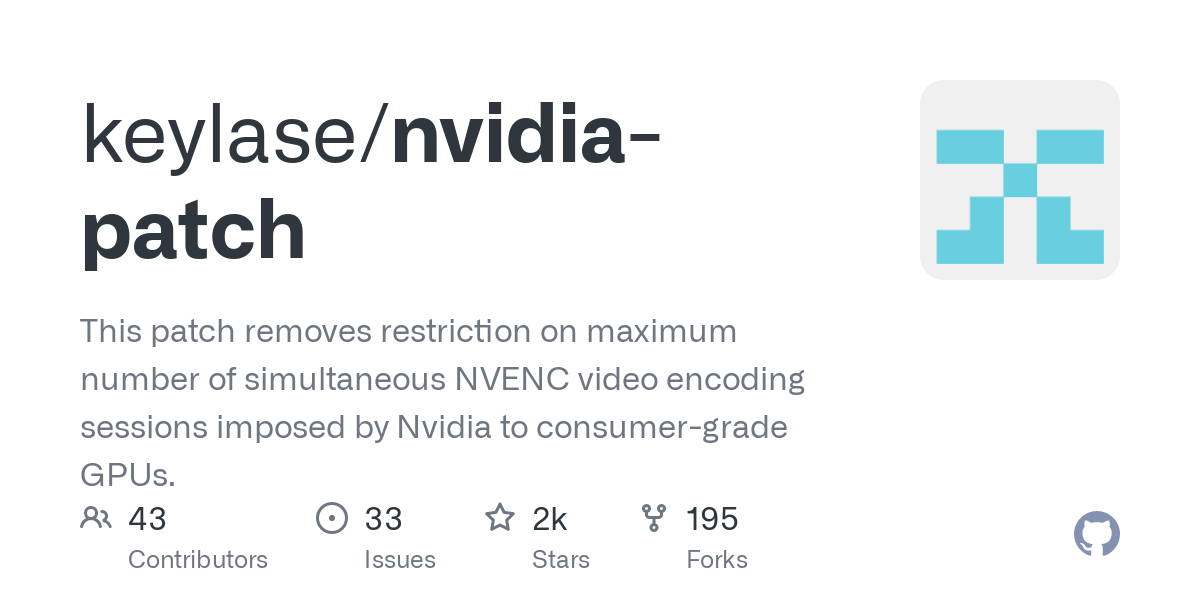 Does anyone have any tips/advice for mounting a 40mm fan to this heatsink? Apparently the HBA cards can run pretty hot. 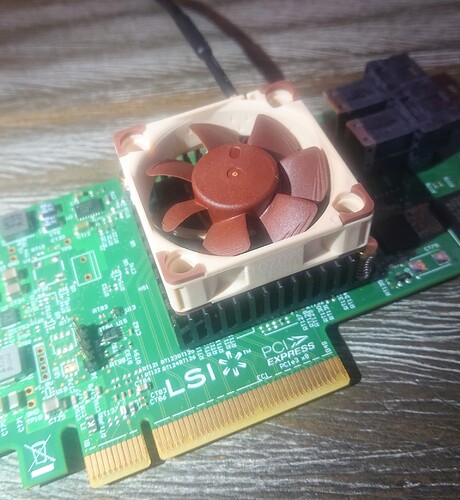 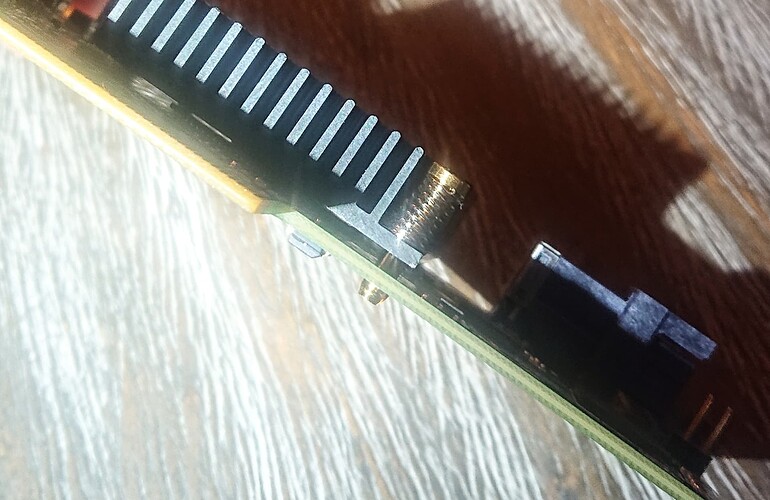 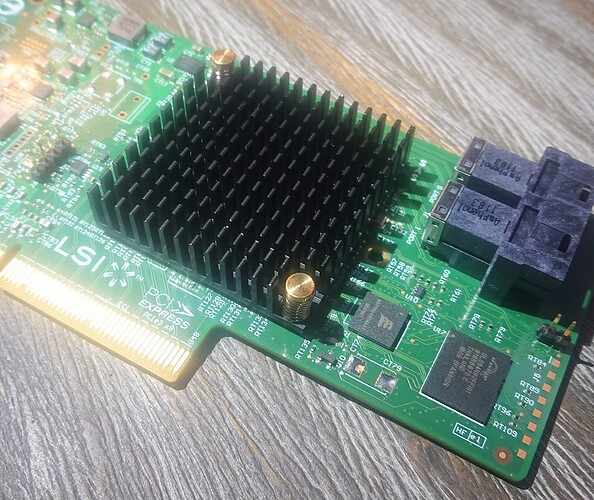 Bend some paper clips to clip it.

You might be able to get thin zip-ties under the edges of the heatsink, and up and around the fan? 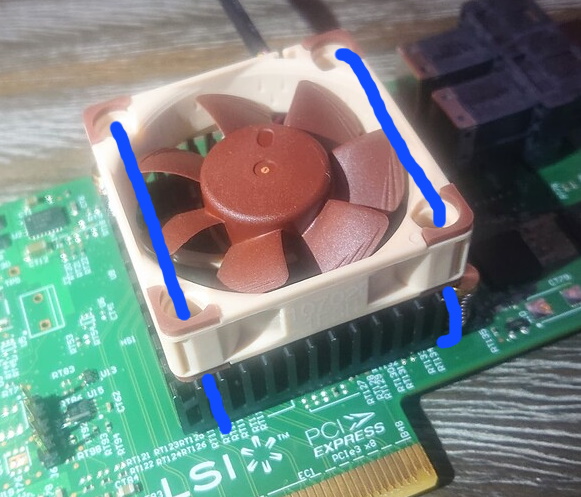 Tie it on with floss.

That’s a nice approach. I’ll see if there is a enough clearance for under the heatsink.

It never did on my Voodoo Rush 3D.

Fishing line will soften and starts to get rubbery over about 70C, probably don’t use that.

If you use mint floss it’ll start to vaporize the mint before the floss breaks, which will warn you before anything bad happens.

Allows the installation of a variety of 120mm fans on to Scythe CPU heatsinks.

This sort of thing. Bend and fold some wire

I bought one of these for $267 CAD, over half of the cost of a Synology

Synologys are really expensive for the money, no doubt, but just like other overpriced companies like Apple and Sonos, their products are extremely pleasant to use. They don’t make me mutter “fucking piece of shit” frequently under my breath, as most devices do.

I’m a NAS person now! I bought a Synology DS220+ but only have a single 8TB HD in there right now. So far I’m just trying to replicate what I was doing with my little second PC server - Dropbox, Media, and iTunes server. It’s syncing everything now, but it seems like it’s going to do that just fine.

What other fun things can I do? I’m not a super pro at this, and I don’t think I want to run my own VPN or mail server, for example.

IMO it’s be very wise to add another drive of same size to that ASAP. Right now you appear to have no redundancy or backup, which puts the data on that shiny new NAS at risk.