In addition to using my second PC as my productivity machine, I’ve been using it as a server for Plex and Sonos, and as a host for external USB drives I use for backup. However, with an upcoming home office reconfiguration, it looks like I’ll need to shift to just having my primary gaming PC also double as my work PC and sell the older desktop. Rather than running the Intel i9 with 3080 24/7, it seems to make sense to move to a NAS to hold my videos, music, and backups.

Looks like Synology and Qnap are the top recommendations on Wirecutter. PCMag also likes Asustor.

Current thought is to get a Synology DS220+ and a pair of bigass WD Reds, Exos, or IronWolf Pros and run them in RAID for data security.

But I’d love to hear caveats, recommendations, and features I should look for from those of y’all who are already NAS users or who know the market. It’s one of the few pieces of modern tech that I haven’t messed with at all. Does it make sense to get a two-bay unit and throw in a pair of 16TB drives, or would it be better to go 4 bays with more, smaller drives? (Looks like 4 10GB drives would net me a massive 27.2TB in RAID 5.)

Edit: Oh, wow, now I also see some NAS devices also have m.2 slots, which I guess are for caching? Looks like I have some reading to do…

IMHO, these little custom NAS units are too expensive and not flexible/configurable enough for most people comfortable with building their own PC. They are just little embedded Atom/Celeron/ARM computers. Your older desktop with an added multi-SATA card would probably make a better NAS than these little custom devices, if you reformat with something like OpenMediaVault, or even a full TrueNAS setup.

Are you trying to save power, space, noise?

Current thought is to get a Synology DS220+ and a pair of bigass WD Reds, Exos, or IronWolf Pros and run them in RAID for data security.

Synology all the way! I recently upgraded my old entry-level J series to a DS220+, and yeah it’s fantastic. Small, quiet, reasonably snappy. Everything running Dockerised.

A big selling point for them is the great web-based ‘desktop’ software, and strong 3rd party support. Sure you could probably hack something together with a PC, but there’s a lot to be said for out-of-the-box plug-and-play too. :)

Can’t really help with drives, I’m running a pair of 4TB Iron Wolfs - not quite the ballpark capacity you’re after.

I’m also a big fan of Synology. I’m on my third unit now - a 4-bay DS920+. I’m running 3x10TB Western Digital Red Plus drives in a raid setup with one slot open for future use.

I prefer 4+ bays as I want 1 disk redundancy and expandability. With just 2 bays, there’s just 50% disk space utilization. You may also want to read up on SMR vs CMR drives when buying for a raid setup (link)

In addition to backup and streaming, I’m using it for Home Assistant. With docker support, the newer Synology units can run pretty much whatever you want.

Your older desktop with an added multi-SATA card would probably make a better NAS than these little custom devices, if you reformat with something like OpenMediaVault, or even a full TrueNAS setup.

Are you trying to save power, space, noise?

Definitely agree with this, depending on why you’re looking at a purpose-built NAS. I set up a box on Unraid early this year with my old gaming PC parts and it’s been great. Currently handling my media libraries and could easily set it up for backups, plus spin up VMs or other Dockers depending on needs or if you want to toy around with something (personal cloud is a popular one).

Synology all the way! I recently upgraded my old entry-level J series to a DS220+, and yeah it’s fantastic. Small, quiet, reasonably snappy. Everything running Dockerised.

Plus one here. I love our Synology NAS, which has been our go-to Plex server for years. Small, quiet, expandable, reliable, never goes down… can’t imagine living without it.

If you’re looking to run Plex media server, make sure you buy a NAS with an Intel CPU supporting quicksync for hardware transcoding. The Synology plus line mostly supports that, but they’re starting to move to Ryzen CPUs, which are more efficient and faster but lack quicksync, which is bad for Plex, assuming you need transcoding.

Consider spending the extra money for a 4 or 5 bay model. This lets you run SHR/RAID5/RAIDZ1 with 1 disk redundancy, wasting a lot less space.

I haven’t kept track in the past two years and missed FreeNAS rebranding and consolidating. 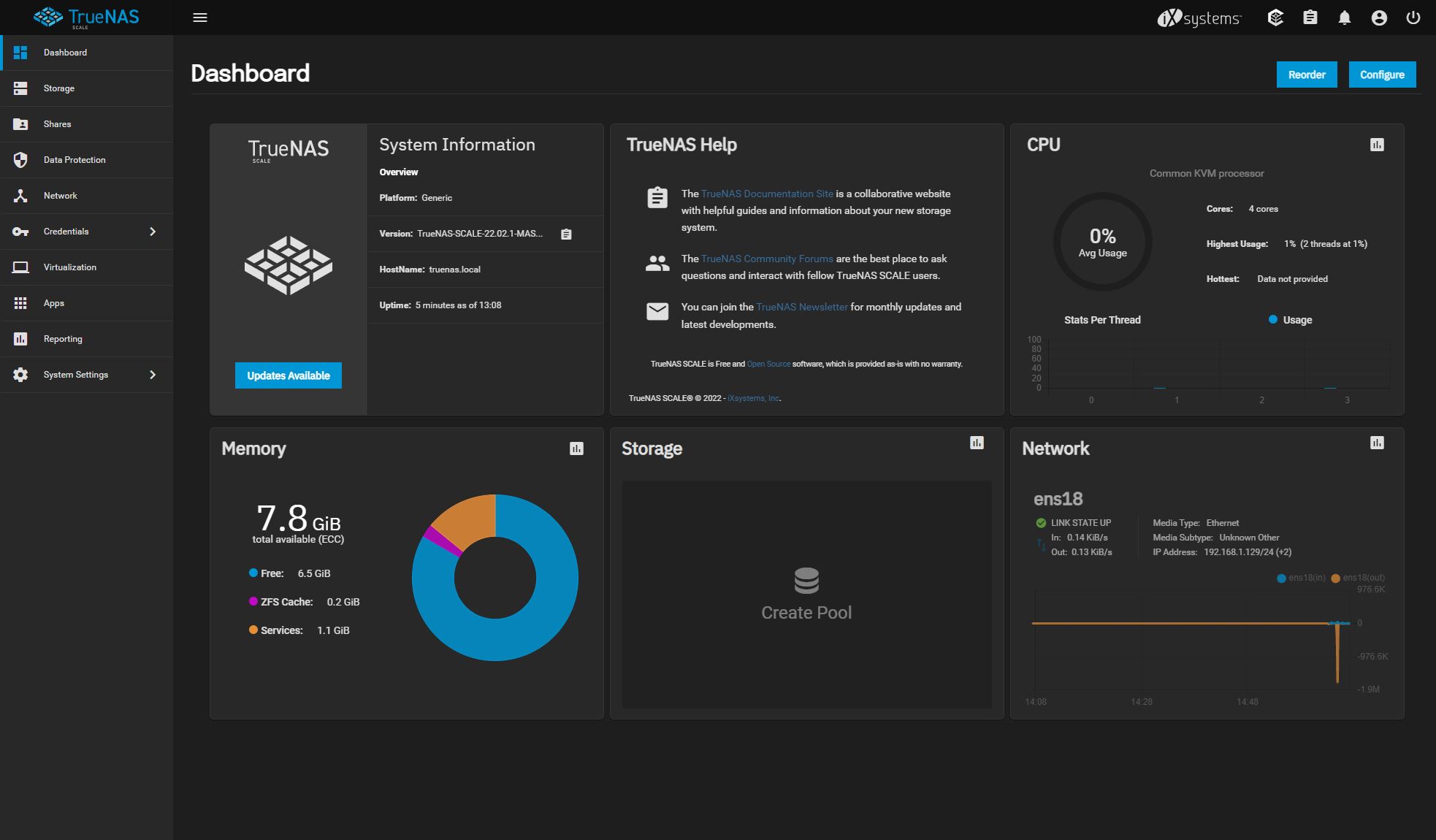 TrueNAS Scale 22.02 hits release and it resets the NAS or hyper-converged paradigm in a big way with the new open source Linux solution

Makes total sense when you think about it, they were selling TrueNAS Enterprise but releasing FreeNAS for free, therefore getting a ton of free positive marketing for a product they didn’t sell.

Avoid the 220 at all costs. Synology purposely gates you from installing many many apps and you will be pissed as I am for buying that POS.

If you only want to use it as a NAS, go ahead, but if you have any interest at all in running all the apps that you can run, forget it.

If you buy a used Synology you can upgrade the RAM too without worrying about warranty.

I upgraded my DS920+ from 4 GB RAM to 20 GB which is 12 GB more than is listed as supported. The unit complained a bit about having a non-standard RAM stick installed, but it works fine. 20 GB is quite nice when running multiple docker images and/or VMs.

If you’re super lazy like I was years ago and just want to run consumer Windows, you can use Storage Spaces or:

You lose out on valuable IT job-related admin experience if don’t want that sort of thing mucking with TrueNAS CORE/SCALE. Some people don’t have the time or patience to learn it though, I understand.

I just upgraded to 8GB, to avoid that warning. I don’t run much on my NAS anyway, just a calibre docker container because calibre insists its ebooks be stored locally. Well, and watchtower, portainer agent, and calibre-web.

As far as I know, upgrading the RAM does not invalidate the warranty anyway.

Unless it’s changed they wouldn’t accept for warranty repairs if you had RAM other than what was on their tiny compatible tested listed. In that case most people removed the upgrade stick and replaced it with the original (keep it around for this purpose) before sending in for warranty repair.

Yes of course, I would just pop the stick out.

I was more worried about possible data corruption than about the warranty. I bought a 16 GB module fom a list of 16 GB modules on nascompares that had tested as working. And I ran the Synology memory test after installation. Works on my machine ™

Thanks, everyone. Lots to digest here!

If I was going to keep my second PC, I’d just keep things running as I am now – WIndows network shares, a few backup scripts, and a [email protected]$$ USB drive for archiving stuff. But (1) it’s in a big case and I really won’t have room to keep two PCs set up (and I don’t want to mess with KVM crap to consolidate them), (2) it’s got some resale value – Core i9-9900K, 32GB, RTX 3080, so I could pay for a nice NAS and likely have a few bucks left.

If I went with a DS920+, I’m guessing the m.2 wouldn’t be worth adding if I’m not running VMs, etc. on it? Not even sure if I’d need more RAM, as the only things I can see running on it outside of storage is serving a single PLEX transcode at a time or maybe some of the photo categorization software.

Also, what’s the USB port good for? Guessing not drives…

Correct. One m.2 drive gives you a read-only cache while two m.2 drives enables read-write cache. Neither are very useful unless you access the same small files over and over.

Also, what’s the USB port good for? Guessing not drives…

Printer. Or USB memory stick - allowing you to backup the contents of an USB drive onto the NAS.
I guess you could use it for storage expansion as well, but there’s an eSATA port for that.