Thanks to Netflix’s recommendation system, and the ease of popping open a new tab and adding movies to it when I see a film mentioned elsewhere, I’ve seen a few obscure (as far as mainstream movies go) films that I’d never have discovered otherwise.

A couple of recent films I enjoyed:

Talk to Her. Not the film I was expecting–a sappy flick with a couple of guys lending support to each other while their wives sat in comas. Beningo’s character was pitiable despite his actions, and surprisingly complex for such a simple man. Superb performances, the most perfect pair of breasts ever to grace a comatose woman, and the best use of a six-foot-tall vagina in a silent film.
You broke up?

Any Netflix gems you guys can recommend?

When I first subscribed to Netflix I was giddy with delight because they had Cracker, the British mystery series starring Robbie Coltrane (recently of Hagrid fame). Somehow I missed it when it aired on A&E back in the 90’s. It was the first thing I rented and still ranks as my favorite of the Brit-mysteries. Highly recommended.

Three Women: A bizarre and mostly incoherent movie by the director of MAS*H, Robert Altman. Overall, it wasn’t completely satisfying, likely because I tend to be dumb about movie symbology and such and the ending (last 20-30 minutes) seemed unnecesarily abstruse. But the movie was incredibly engrossing while I watched it, and I suspect I had a dumb grin on my face (and probably drooled, too) the entire time. And Shelley Duval’s character (prior to the “character swap”) is so pathetic you can’t help but like her.

All the Real Girls: I enjoyed the realistic dialogue and common, everyday characters. I felt like I knew all of the characters. What’s more, the movie doesn’t fall prey to what I fully expected to be a cliche ending. It ends just as you might expect a rocky, real life romance- not a hollywood one- to end.

Talk to Her is pretty much standard Almodovar, in that it’s good and different and about women. I’m not a huge fan of his stuff, but I really enjoyed that one, mainly for the performances. Denny, you might consider moving on to Bad Education next, which is, umm, Almodovar meets Hitchcock.

Philosophist, I loved All the Real Girls. Great movie. And a great example of what you can do when you turn actors loose, but not too loose. I don’t normally care for that sort of improvisational tone, but it worked well in All the Real Girls. It’s the best movie from David Gordon Green, who’s a sort of self-described Terence Malick protege who became an actual Terence Malick protege with his last movie, Undertow, which Malick produced. Unfortunately, it wasn’t very good. Green’s first movie, George Washington, is also worth renting, although it’s a bit more experimental than All the Real Girls.

Okay, here are mine:

The Return: I still have no idea how this ended up in my queue. It’s a great mystery about childhood, in the tradition of The Reflecting Skin. It’s best if you go in knowing nothing about it. And try not to think how the actors look like Russian versions of Haley Joel Osment and Billy Bob Thornton. Seriously. Try not to think about it.

Mute Witness: It’s nice to see an old slasher film that isn’t a total throwaway piece of junk. A friend of mine who worked at a Blockbuster says he regularly recommended this to people and they invariably came back satisfied. It’s certainly a popcorn movie, standard in most ways, but with a few nice twists. Plus, it’s got Alec Guinness! Yes, Alec Guinness in a slasher film. Ha, and you thought Obi Wan was the worst thing he ever did!

The Casebook of Sherlock Holmes

If you ever read the old Sherlock Holmes stories as a kid and always wished for a decent tv version of the character, this is the show for you. You have to get past the BBC-level production values, but I’ve really enjoyed these. I think you can Tivo the series if you have BBCA or Bravo too.

This is not a good movie. Not even close. It’s a bad early '70’s Italian occult movie that makes so little sense it actually diminishes the amount of logic in the world. But it is a lot of fun to watch in its wretchedness. If only MST3K were around and covering movies with lots of boobies.

The Casebook of Sherlock Holmes

If you ever read the old Sherlock Holmes stories as a kid and always wished for a decent tv version of the character, this is the show for you. You have to get past the BBC-level production values, but I’ve really enjoyed these. I think you can Tivo the series if you have BBCA or Bravo too.

Jeremy Brett owned Sherlock Holmes to such an extent that it’s just about impossible to imagine anyone else even bothering to try. Hard to believe he’s been dead for over 10 years now.

Do not fall for Robert Coffey’s Nude for Satan pitch!

Bauman tricked me into watching this one. It’s artless, not at all titillating, and utterly forgettable. It is a movie that peaked once they thought up the title.

Maybe this is too big a movie to be called a “find,” but how about Peeping Tom? Great 1960 Brit flick about a budding filmmaker/serial killer. It’s drawn comparisons to Psycho, though I think this is actually a much better movie due to the more realistic portrayal of the killer. Criterion version is gorgeous, too. Fantastic restored color. Great extras as well, including a BBC documentary on the author of the script, Leo Marks, who was a codebreaker during WWII.

+1 to Almodovar and Jeremy Brett.

Any Netflix gems you guys can recommend?

I recently rewatched both Comrades: Almost a Love Story, and The Princess and the Warrior. The former features Maggie Cheung (those not familiar with film outside the U.S. might know her as Flying Snow in Jet Li’s Hero); the latter is directed by Tom Tykwer (who did Run Lola Run, a wholly different film), and stars Franka Potente (who played Marie in The Bourne Identity).

Another page from the same book: I’ve been rewatching Prime Suspect 1-6, in anticipation of series 7 sometime this year. UK television really has a lot to offer, actually, and you can get a ton of them from Netflix. Other favorites of mine are MI-5 (known as Spooks in the UK) and Ultraviolet, but I’ve only scratched the surface of British television.

Netflix is really excellent for foreign films and various hard-to-find things. I’ll wind up a shut-in, if I’m not careful.

Do not fall for Tom Chick’s Anti- Nude For Satan pitch!

It’s not about titilliation or art–it’s about incoherence and one guy doing all the male voice dubbing. Badly. With Irish accents in the Italian countryside.

He is right that it peaked with the title. This is neck and neck with Fat Guy Goes Nutzoid for best film title ever.

Good lord. Someone else in this world has seen Fat Guy Goes Nutzoid. “But what about the mookah?!”

The best part of the film was that the videocassette box art covered every single plot point in the film. It was beautiful.

Sadly (well, the opposite of that, technically) you won’t be able to find it at Netflix.

Topically, now, with a latin flavor!:

Without netflix active, I don’t know when I ever would have seen both “Maria Full of Grace” and “Y Tu Mama Tambien” both of which I really enjoyed. I’d heard of them before, simply wouldn’t have ever seen them without the sheer ease of renting dvds while in one’s underwear that is one of Netflix’s strong suits. (I hear they frown on that method in retail rental places.)

Neither involve nude Satanic nuns, or fat guys who go nutzoid, but they’re pretty good films regardless if you don’t mind reading, or are bilingual with spanish. Also, who doesn’t like seeing someone fight to swallow fifty condoms full of cocaine?

All About Lily Chou-Chou: It’s about Japanese teenagers who are obsessed with a Bjork-like pop icon. When I got this movie from Netflix I just let it sit on my computer case for a few weeks, wondering why the hell I ordered such a movie. From the title screen to the credits I was rapt. The film is gorgeous, and furthers Days of Heaven’s evidence that fields are the most beautiful places on earth. It uses a combined Debussy/pop score that complements every scene perfectly. And it captures the overcharged emotions of being a teenager more viscerally and realistically than any other teen-themed movie I’ve seen.

Then again, I’m just a sucker for Asian movies.

Also, I’m not sure how I went this long without seeing Series 7: the Contenders. I suspect it was at the tail-end of my queue for a year or so, then kept getting shuffled about when I used that queue-randomizer bookmarklet. But it got to me eventually.

There’s an old thread I almost resurrected for it, started by wumpus no less, but I let that lie. Apparently the film suffers for being behind the curve of reality television; if it does, I was oblivious due to having no idea what’s the current state of it. I dug how cheerfully and obviously contrived huge chunks of it were, and periods of narration being in total opposition to what’s happening on screen–Tony holding a knife to baby’s throat, or his paralysis from the self-inflicted knife wound to the back, sprinkle scare-quotes freely.

I noticed Netflix has an original movie coming out called Collateral. I’m assuming this is a remake of the Michael Mann movie starring Jamie Foxx and Tom Cruise. I really enjoyed that one, so I’m going to go into this one blind. Hopefully it’s just as good, even if it’s not a remake. 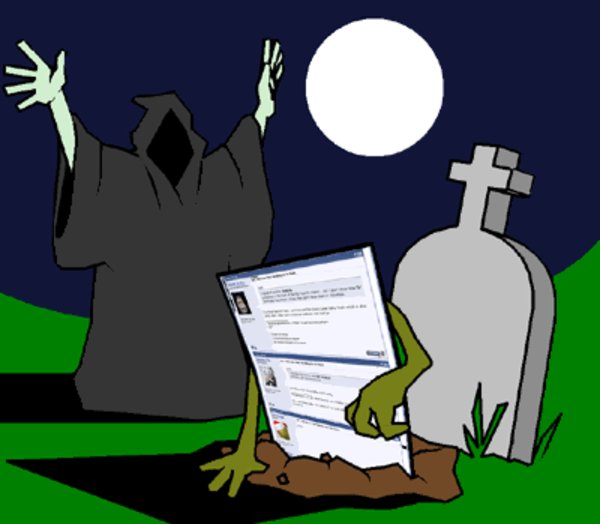 I realize I’m over ten years late to this particular discussion but Fat Guy Goes Nutzoid is not nearly as entertaining as it’s title would suggest. Though I kind of miss the days of video stores where a cheap movie could rope you in with a catchy cover and title.

I figured this was as good a thread as any to post this link to an article about finds on Netflix. There are a few of these published each year and I’m always amazed at how few of the movies listed I’ve even heard of.

Looking forward to this one. I heart Roxanne Shante.