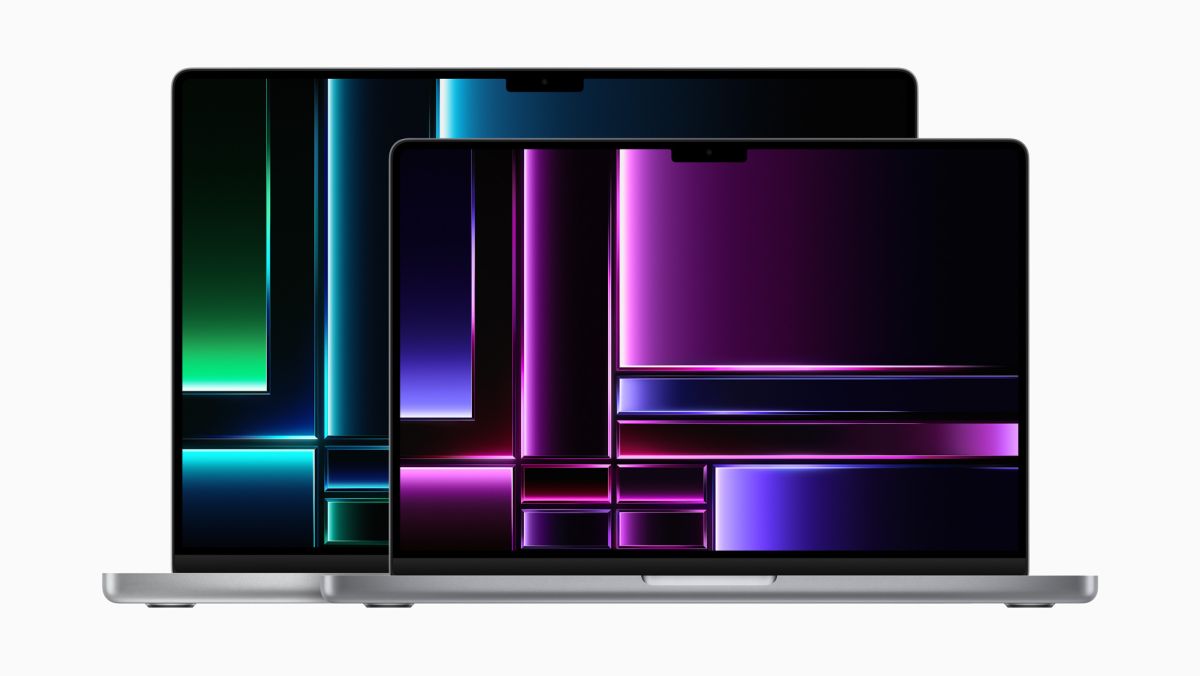 As leaked, only real question was whether they would raise prices and it seems like the answer is no. The mac mini sounds amazing starting at $599, but the minimum configuration you want with 16GB RAM/512GB SSD is a thousand dollars, which seems like a lot for what it is and what RAM and SSDs actually cost in 2023. $400, an additional two-thirds of the price of the base system mind you, to add 8GB RAM and 256GB of storage? Sure, why not.

Based on the few benchmarks, the smart consumer will find discounted M1 Max laptops (and if you own an M1 Max there doesn’t seem to be a real reason to upgrade). The Mini does look like a meaningful upgrade.

Indeed, M1 stuff has been discounted for the past couple of months and some of it is quite reasonably priced. The apple chips fare much better in mobile than desktop because they obliterate x86 on battery life. On desktop that doesn’t matter, and while the intel and now AMD chips can use a silly amount of power that’s only under load, the vast majority of the time your computer is sitting idle, and while Apple wins there too most people don’t care whether their CPU uses 6w or 36w idle when it’s plugged into the wall.

and while Apple wins there too most people don’t care whether their CPU uses 6w or 36w idle when it’s plugged into the wall. 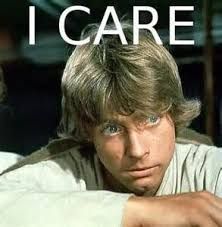 I missed this: “Thanks to the improved performance of the ‌M2‌ Pro and ‌M2‌ Max, the new 16-inch MacBook Pro features up to 22 hours of battery life – the longest battery life ever offered in a Mac.”

I’m still on track to replace the M1 Max with an M4, I think. I was also glad to see they didn’t raise prices (unless you compulsively buy max RAM, in which case they got an extra $400 out of you for 96GB.) 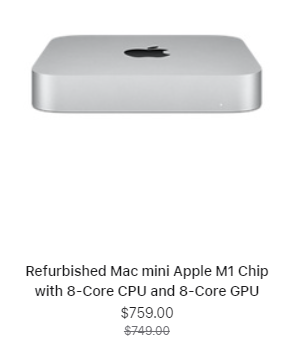 The old price was lower!

The 8GB/256GB M1 model has been on sale for $550 regularly and $499 on occasion over the past 6 months or so. Unfortunately the 16GB version was always a custom build so very little was ever available. If only they were upgradable. Apple, shrug.

I’m not buying a computer with 8GB RAM in 2023. The mere thought is offensive to me. Cellphones regularly come with more memory. Not even expensive ones. 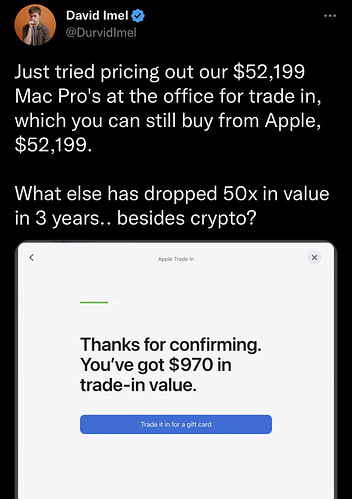 Mac Pros win the award for biggest difference between Apple’s offer and the used market value.

They did raise price on at least one market outside US, probably all of them. The new min spec Macbook Pro 14 with M2 Pro is a whopping ~NZ$300 more expensive. That is about US$200 more. At least now I don’t feel bad getting the M1 Pro 14 last year.

I have an m1 mini and i thought it was the best bang for the buck computer out there…M2 for 599…amazing.

I’m the only one stupid enough to bought these.

I’m getting closer to breaking down and finally grabbing a mini to have around. I’m definitely looking at them as something to use for my daughters, if a laptop isn’t being used. One has a laptop from when covid started that will eventually need to be replaced, and the other is using mom’s old iMac that Apple needed to replace the storage on. I imagine we could get her a mini, and use the old iMac as her display when it finally needs to be upgraded.

Interesting that Apple is bringing back the full size Homepod. I have a few of the originals and they sound pretty good. I also have a mini which sounds mediocre in comparison.

That’s up to Spotify, isn’t it? I recall Apple added 3rd party music support a while back.

Not stupid, I love my original HPs, they sound great. The software I find to be a mess though and I am more frustrated than not with them nowadays. They are still usable, just sometimes a real battle to get them to do what I want them to do.

Nothing new on these though to make me want to buy new ones. It’s more a refresh of the old model than anything else.

If Apple cared about it, they would make it work. Apple has effectively infinite resources.