That general area is where I stopped my original Wii playthrough, for what it’s worth. Great game that did a lot of cool things but it had some pacing issues, even on the second visit.

Most of it is great, but there are spots where the design falls short simply because they were blazing new trails.

Specifically, you could manually orient the camera in Super Mario 64 while playing, but there are some parts where it’s tricky to navigate the platforming and the camera at the same time. With Galaxy, the camera mostly works independently, and it’s really good at figuring out the best angles for whatever you’re doing. It’s really nice. 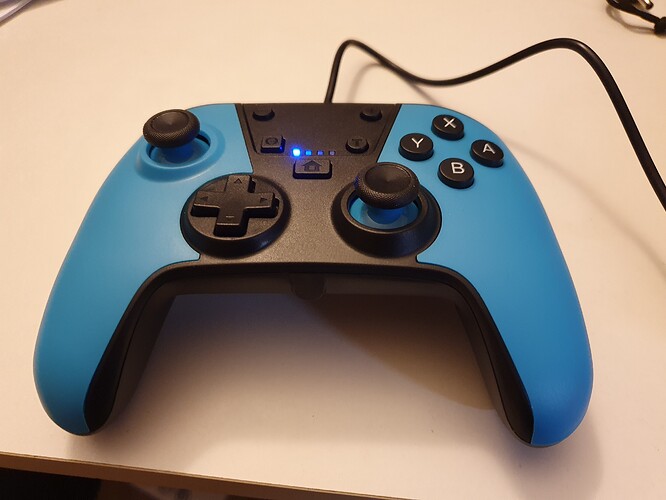 Supposedly they’ll send me another one free if I give them my order info, email and leave an Amazon review that doesn’t show or bring up the offer but that feels shady and I probably won’t. I only really need the one anyway, and $20 or so was a fine price.

(It is wireless but can also plug in via USB.)

Out of curiosity, does it have motion control and HD rumble? $20 is certainly a good price.

Have to admit I paid for the Nintendo Pro Controller because it actually does hold a 40 hour charge. Have never seen such a thing in my life.

The only functional difference that I know of is that I believe only Joy Cons and the official Switch Pro controller can wake up the Switch by pressing the home button. Any other controller you need to walk over and press the button on the Switch, then wake up the controller to connect. A very small thing, but a subtle annoyance.

It lists having a six-axis gyro sensor and dual motor rumble. I don’t know what “HD rumble” is and haven’t ever used motion controls (Ring Fit aside) on the Switch so I don’t know if that’s the same as the official Pro or not.

Out of curiosity, does it have motion control and HD rumble? $20 is certainly a good price.

I think most have motion gyros, but many don’t have HD rumble, or NFC (for Amiibos).

This one reportedly lacks NFC per Amazon Q&A. (And I guess it was $30, with a $5 coupon knocking it down to $25. still way more reasonable than $60). Fortunately I do not own or have any interest in acquiring Amiibos.

this is the listing if people are curious:
https://www.amazon.com/gp/product/B08J6VZ9S4/

It also appears to be compatible with PC, PS3, and Android, though it only lists Android and Switch over Bluetooth and you might need a wifi dongle for the others? The manual just says it doesn’t come with a dongle. It’s definitely got Switch layout and buttons though.

I don’t know what “HD rumble” is

It’s the same type of nice subtle variable rumble you’ll feel in the joy-cons. The newer consoles have it too. It gives a lot more range to the vibration.

Compare to the jackhammers in the older Xbox controllers!

Mario 64 is an incredible design that still mostly holds up.

However it was doing things never done before, is 25 years old, and game design has evolved since then so there are definitely rough edges.

Playing this on Switch was great for a nostalgia blast, but that camera is so godawful.

How much the camera falls under ‘rough edges’ or ‘insufferably bad’ is an exercise left to the reader.

I think today is the last day to get Ghosts ‘n’ Goblins in addition to 1943 free by downloading the Capcom Arcade Stadium. All other games are paid DLC in packs.

My favorite part about the (sometimes-frustrating) Mario 64 camera it’s a very literal and obvious representation of why “inverted” camera is the only logical orientation for third-person games. (Now I run and hide, I think.)

I think that’s the reason why the inverted horizontal camera didn’t bother me in Mario 64. It’s the only game in which it didn’t bother me. They make clear at the start of the game that it’s a bee that’s holding the camera, and that you’re controlling the bee using the C-buttons. So of course if you hit left, the bee moves to its left, which means the camera looks towards the right.

You made Lakitu sad. 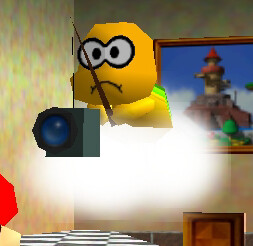 To be fair, neither had the Mushroom Kingdom.