My son got a bit impatient with me always firing up Super Mario Odyssey, when there are clearly 3 other games on the main screen. So I fired up Zelda and played briefly. I’m digging the physics and the way Link interacts with the world so far. Then he got impatient and had me chose another game. I played Super Mario 3D World, and right away this game feels and plays better than Odyssey. He got impatient and had me pick the final game, which is actually 3 games (he doesn’t know that), so I picked Super Mario 64. I’m a little shocked at the seeming low frame rate, I don’t remember that part. But soon I was jumping around and exploring Ba-bomb’s place and it felt so good! The controls feel so crisp and precise compared to Super Mario Odyssey.

Hopefully I’ll come around on Odyssey. Weird that I picked the one game to start out of all of them that makes the worst first impression.

My kids aren’t really into Odyssey either for whatever reason. My daughter sticks to Animal Crossing and my son is all about Pokémon. I probably don’t need to buy any other games.

I probably don’t need to buy any other games

I know what every one of those words mean, yet that sentence makes no sense :)

You have to teach your kids the lesson of scarcity so that they may attain their true backlogging self as adults.

I may have been lucky, dunno. I looked at the Target store website and all the stores in my area were out of stock, except for one having a “limited quantity.”

I stop by, there’s nothing in the case besides the Mario Kart living room toyset and one Switch Lite. Not even an old Switch. Was about to leave, but I asked the clerk on the way out if they had any OLED Switches, and the answer was yes. They were all “in the back” or whatever.

I know what every one of those words mean, yet that sentence makes no sense :)

I mean, I say that, but I do have a copy of Xenoblade Chronicles and Metroid Dread in my Amazon wishlist. I’m carrying on the time-honored tradition of teaching my kids to do as I say, not as I do.

I probably don’t need to buy any other games.

I remember being ten years old and buying a game (I won’t date myself) and thinking “Yeah once I have this I won’t need any more video games!” That feeling didn’t last long.

Screen much better on contrast and enough bigger to make a diff. The stand is just perfect now. Probably only worth it for people who play mostly handheld/tabletop.

I played Super Mario 3D World, and right away this game feels and plays better than Odyssey.

I got my time/money worth out of Odyssey but I have no desire to ever pick it up again. I loved 3D World and the Galaxy games before that. At this point I think different styles of Mario game are just for different people.

For those of you who, like me, switch the A and B button on the Nintendo Switch, do you also switch the X and Y buttons too? Or do you just get used to the fact that those are switched?

But I’m assuming I’ll eventually run into games that have all 4 face buttons do different things.

Switching A and B is aces, it really works. I see A and I see B, and I never look down, I just KNOW that A is at the bottom in the South position and B is in the East position on the right. And so reversing those two is perfect.

I either switch both button pairs or neither. Otherwise you wind up with the two most common buttons (ie. jump and attack) being opposite from one another and awkward to press simultaneously.

The other problem I ran into is I’m going to have to learn to ignore the button prompts on the screen sometimes. In the Claw game, it says to press X to make the claw go North, and A to make it go east. Which only makes sense if you don’t go by the actual letters, but actually North and East. Then I would automatically think Y and B if I reverse them.

Edit: No wait, I’m confusing myself. If the buttons are reversed, it wouldn’t be Y and B. I just don’t want to reverse the buttons in that situation. D’oh!

Yeah, that’s an issue. Similarly, some games have prompts that just show the diamond arrangement with one button highlighted, rather than a letter prompt.

I would probably learn to live with those sorts of issues, but then it turns out that button remapping is disabled for some reason on the Split Pad Pro. And I don’t want to go back to using joy-cons, or confuse myself by having a different layout in handheld vs tv mode. So I just gave up on remapping in general.

You should all be aware that there’s a Switch Online outage starting at 7PM EDT today, 10/25. It may last for upward of three hours. When it’s done, presumably you can upgrade to Expansion Pack for a prorated price based on what’s left of your current subscription. If you don’t have Switch Online, the price for Expansion Pack is $50 a year for a single user or $80 for up to eight “family” users.

Also, I may be the only one, but I ordered an N64 controller and it shipped today. They are real and are on the way.

Shin Megami Tensei 5 is something I’m keen to check out - it will be my first SMT game but it sounds like the kind of JRPG that I’d be into, and I’ve been tempted many times to pick up titles in the past for older systems when they were the hot new thing. I believe @ShivaX has enjoyed this franchise in the past on 3DS, for instance, but this will be my own first time in.

I don’t 100% know what to expect, I’ll admit, but I’m still pretty excited to have something like this to dig into, and from what I have seen it looks great and folks are digging it - a preview embargo has dropped and while it’s frustratingly strict (only the first few hours can be discussed and no footage may be shown) it’s a very strong start, from what I’ve gleaned. 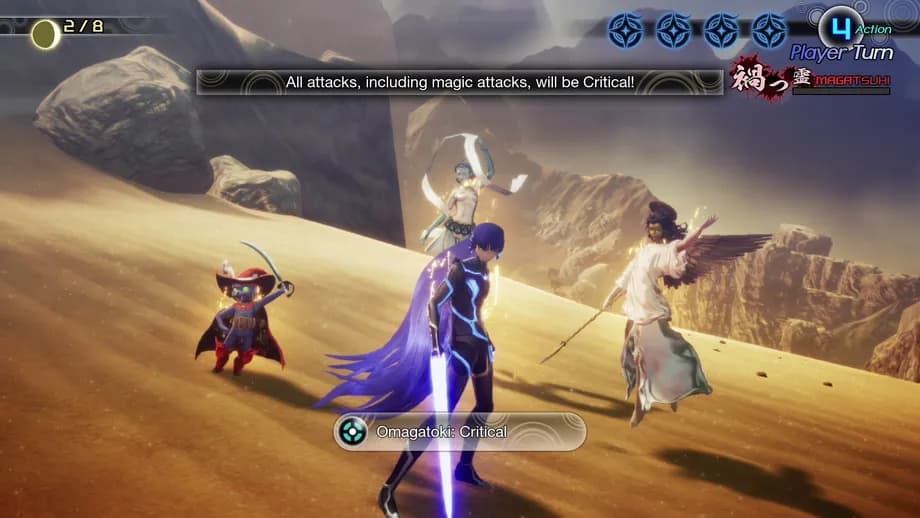 I don’t 100% know what to expect, I’ll admit, but I’m still pretty excited to have something like this to dig into

Did you play any Persona games? Persona is a SMT spin-off so it’s very similar to that in terms of core battling and demon fusing.

I … uh, have not, really. I started Persona 5 when it was free and I had just gotten my PS5 and I was enjoying it for the first hour (VERY early) but then my cousin was telling me he had a copy of the superior Persona 5 Royal so he loaned it to me and it’s sitting on my shelf right now, unopened…

Persona 5 is sensational. SMT is a lot more focused with a different kind of feel, as it lacks a lot of that extra school socialisation stuff that Persona added.

SMT is goth pokemon. I love it, but that’s fundamentally what it is.

The biggest different from Persona is that it’s more of a dungeon crawl format than Persona’s JRPG format. It’s generally crueller, with higher difficulty and more skill checks. Lots of emphasis on elemental weaknesses, such that you can get 1-shotted pretty easily if you aren’t specced correctly. So, it really rewards weird min-maxing on breeding, etc, in a way that you can in Persona, but it isn’t as necessary. There will definitely be a learning curve as you get acclimated to the magic system and demons since a lot of players will be steeped in them for years, just learning what the various nouns mean, and internalizing which demons will probably have which kinds of abilities.