It’s the only one available actually, but I just ignored that other game I had never heard about and seemed anime as hell XD
The game is 40% off in the EU shop, should be soon in the US is my guess.

I haven’t finished Stranger of Sword City yet, but it’s been a very enjoyable dungeon crawler. Got it first for the Vita, then picked up this edition for the Switch. That other game is supposed to be similar as far as gameplay mechanics, so yeah, it’s “more anime” and supposed to have more story elements, but gameplay is still the same.

I kinda want this

It’s good, and has an active thread if you join in right now! ;)

I’ve spent a few more hours with it and there has been some surprisingly simple yet clever ideas.
Excepting for the dialogues which I tend to skip (and that may not be a good idea?), the pacing is also perfect.
Like Yomi, the loots are random, but the money being so hard to come by and being so much use to customize it properly, it hasn’t been an issue at all. There also lots of extra characteristics that needs to be checked for in the weapon’s description, because of the many mechanics in play.
It’s really good, I can’t wait to skip more work to play like a bad kid!

So my 4-year-old was delighted when I gave him one of the two Switch controllers while playing Zelda, but it was impossible to control whether I had the button side or the movement side.

So I fired up Super Mario Odyssey, since I’ve heard it has a nice 2 player mode for beginners. But it wouldn’t recognize it as two controllers, it was insisting I had to attach those little black things that came with the console, which I couldn’t figure out before. I see. So they’re what tells the console that you want to use the two sides as separate controllers I guess?

Anyway, so I slid one of them on to attach it. But I got it wrong! Oh no! The side I put on said minus on it, and the controller I put it on said plus. D’oh! I fiddled with it for about half an hour, and just couldn’t get it off.

The internet to the rescue! I just found this video: 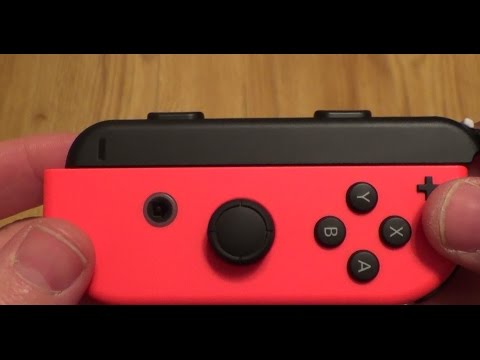 Holy shit. I’m so grateful right now. You know what this means? I didn’t permanently screw up the controller after all! Woohoo!

Limbo is 90%(!) off on the eshop. Don’t know if there’s anything wrong with how it plays on the switch or something? Should be fine when Hades runs decently.

Holy shit. I’m so grateful right now. You know what this means? I didn’t permanently screw up the controller after all! Woohoo!

Been there, done that. It’s amazing how stuck they can get when you put them on the wrong way.

All time low deals going on all over the place:
https://www.dekudeals.com/black-friday

Do you know if they are legit and international? Some great deals I would like to take advantage of.

Amazon usually doesn’t sale non legit codes!
Nothing is international on the Switch eshop, but you can create an account anywhere (in this instance, the US) and activate it there.
As for the language supported, most Nintendo games are international releases, but you can check on the shop’s site for a particular language.

Gamestop and Amazon are legit:)

Those are mostly from the Gamestop deal. I took advantage of it two days ago and entered the codes I got. They took their sweet time getting me codes though, I did the order on Saturday, and they didn’t get me the codes until Monday morning.

$25 clone protroller is excellent. Why haven’t I been using it all this time?

I kept falling off platforming because the joycons keep autorunning forward

I picked up 4 games off gamestop for the kids, a lot of new games are being sold for about $1 more then the used ones, it isnt shipping near as fast as they said it would, the one digital version, was almost instantly delivered.

Now im just looking for a sale on joy cons, or wireless pro controllers. Im unsure about the off brand ones, mainly due to reviews about connection issues or battery life.

I am dumb. Thought Dekudeals was the actual store. Thanks all.

You should bookmark that site: it’s the most precious Switch owner’s friend!
It even covers every single regions of the eshop.

Im unsure about the off brand ones

Treat yourself if you have the money, the official ones are solid, quality devices! A joy to hold. :)

Also that battery life is just without equal. Incredible to be able to game for serious hours over a week or two before having to plug again that controller.

Joy cons? Or the Pro Controller too? The design of the Switch finally made sense to me once I realized this. At first I thought, wow, the wires are short enough that the only place I can keep the Switch Dock is on my existing mess of wires, and I have to kneel down there every day and connect these joycons back to the Switch when I’m done playing. And then I saw your comment about the battery lasting days, and I thought, wait, then I don’t have to get down in the wires every day. I can just keep these joycons wherever. I only have to attach them once a week or so.

Never used up the joycons, but I never used them much!
The Pro Controller is part of my hands.

Joy cons? Or the Pro Controller too?

I believe the Joy-cons each have around half the life of a Pro controller - which is still 20 hours. The Pro controller is a ridiculous 40 hours per charge!