Is that this one?

Shiren the Wanderer: The Tower of Fortune and the Dice of Fate for Nintendo...

Legend has it that Reeva, god of Destiny, holds sway over the past, present, and future. Said to dwell in the mysterious Tower of Fortune, Reeva decides the fates of all mankind with a trio of magic dice... Lead Shiren The Wanderer and his sidekick...

If you want a pile of quick play arcade games for variety, Capcom has Stadium packs 1,2 and 3 combined on sale right now for $19.99. 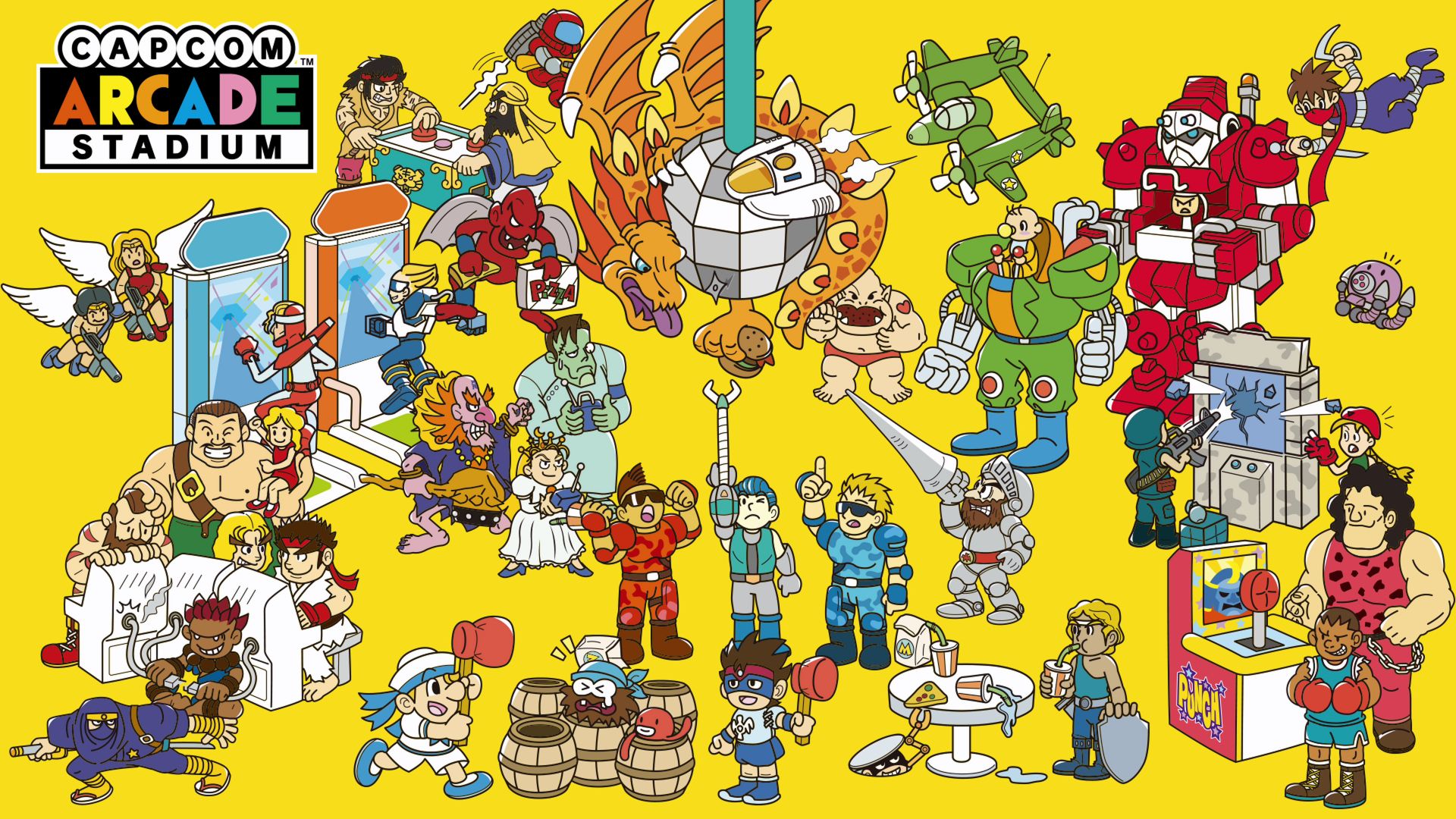 32 games sorted for your convenience!

Ah yes, that is the one. Sorry, of course they dropped the handy number! ;D

Just a handy tip: although the Switch behaves nicely offline, sometimes games occasionally require a check (on their first run?) so be sure to run the games you want to play at least once before leaving home.

Thanks for the suggestions & the offline tip - will check all of this out before we leave!

Anyone have a favorite deck builder or roguelike?

I’ve gotten sucked back into Binding of Isaac with the big Repentance expansion.

Samewise. It’s insane how quick the hours go by in this game, and how impossible it is to interrupt a run. I plunged back because of Repentance less than a month ago and can’t pull myself away from it.

I mean for what it’s worth, HowLongToBeat clocks it at 25 for focused playthroughs and closer to 40 for 100%ers. I haven’t been in the right mindspace to delve deeply yet, so, YMMV.

Yeah, I liked Spiritfarer a lot, though ultimately I drifted away before I finished it. It’s not a short game.

I’m not very good at it, and Repentance seems to make it even harder, but I really love the massive variety of items, and the delightful chaos from the way the effects interact and build upon one another. I’ve put maybe six hours into it since I picked it up again, and I think I’ve only found the same item a bare handful of times.

Anyone have a favorite deck builder or roguelike?

Streets of Rogue is a delight and is currently on sale.

Interesting, haven’t heard of this one before, thanks Brian!

I’ll second the recommendation! It’s a lot of fun.

Best co op as it increases the chaos but still fun solo.

I’d say the Castlevania collection with the GBA games, Mario + Rabbids, and really basically any Nintendo first party game you don’t already have.

I imagine Streets of Rogue might not click with you, so buyer beware! If 2d Deus Ex sounds right to you then go for it.

I’ve always had a weak spot for tactical RPGs and many modern XCOM clones. I quite like Phantom Doctrine. It’s often on sale for a very low price. It’s quite unique because of the setting and it’s more forgiving than XCOM. But it’s kinda more repetitive and like with most of those games the game really wants you to play in a specific way, and till you understand what it wants it might feel repetitive and hard. Won’t recommend it over XCOM2 or Mario+Rabbids or Valkyria Chronicles, but it’s an interesting game.

If you’re ready for anime overload there’s Banner of the Maid. Gameplay-wise it’s a take on a very traditional Fire Emblem formula (limited roster of pre-made characters, most scenarios have something happening in them, not just an army VS army). Story-wise it’s anime French Revolutionary Wars. But it doesn’t just turn everyone into an anime girl, you have anime girls fighting besides relatively faithfully portrayed Murat.

Both games are on sale for me right now, but I’m not sure if this is a regional sale.

My daughter is Evil and takes great joy in “accidentally” messing me up and then apologizing profusely afterwards. I fall for it every time and love it.

sniff That’s some beautiful family shit right there, that is.

Haha, that absolute randomness, as you nicely put it, makes the Switch the best console ever to me!

I always meant to play it since a friend showed it to me oh so many years ago, I’m probably going to. I hope it doesn’t have rights troubles and get stuck out of the eu eshop.