That is amazingly close to what I experienced! We had an outdated financial database that was always going to be migrated Very Soon Now. I ended up quitting after moving to a new role at work, AND continuing to support the legacy system which still hadn’t gone away.

Has anyone bought any of the “Cloud Version” games on the Switch? On the one hand, it sounds like a great-ish way to enjoy higher-end games…but on the other hand, I’m livid at the idea that someday I’ll go back to a game and remember “Oh yeah, the servers went down and I can’t play it anymore.”

Seems like nothing has topped that one in that gaming space, yet?

I don’t think anything has topped it, but I did think that both My Time at Portia(I haven’t played the sequel) and Graveyard Keeper were interesting twists on the formula.

Cripes. Looks like I’m skipping Factorio, this is crazy.

The director of Factorio (shown during Nintendo Direct) has a history of...

In early summer of 2021, we had a thread regarding this situation. While it was discussed in the gaming community for a bit, it faded away fairly quickly. During today's Nintendo Direct, I hadn't even realized that Factorio was the game at the center...

Usually Libertarians don’t go to the “Technically, it’s EPHEBOPHILIA” well so quickly, but they all get there in the end…

You can try them all for free, they been around for a while. They are not very good experience to me, nothing like what you could get on a PC with that same concept about ten years ago, but I only go to try them from Asia and Europe, not the US.

Them being priced as full game is ludicrous I think.

I’ve watching the Nintendo Direct now, and he pronounced “Live A Live”.

If this English voice over/translator is correct, it’s pronounced “Live (as in “Let’s do it Live”) Alive”.

Edit: Also, you guys weren’t kidding about these farming games. I guess it was inevitable given the success of Animal Crossing.

I’d blame Stardew instead, but the truth is they have always been popular in Japan.

Speaking of which, yet another enhanced port of Hitsuji-mura (well, a new one after the last one which was like 15 years ago) is due out this year.

It’s regrettably not based on the best farming game ever, aka the DS version of it which was actually released in the US, but on the Sony ones.

Still, you can slaughter animals, have to defend your own animals from assault from the occasional predator using a variety of doggos, and it features one of the best mascottes ever. 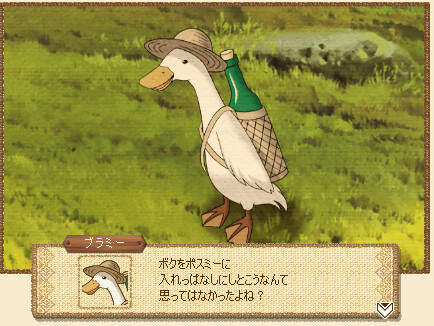 Sorry which game is that?

I honestly can’t remember the US name it was sold under, and looking it up hasn’t helped me. This is annoying.

Beloved golf-game developer Clap Hanz' latest work makes its Nintendo Switch™ debut! Play with friends, family, people from all over the world, or kick back and golf on your own! Earn new characters, costumes, and courses as you play rounds in the...

It’s been bought and tested a bit ;)

Doesn’t play as smoothly as on the phone, and I also experienced a freeze already. But I’d like to think it was pushed out for the direct and that it’ll be patched very properly, given the guys who made it.

Perfect, I’ll seek it out, thank you!

Wow I can only find the PSP version of Shepherd’s Crossing at my usual sources. Crazy.

Holy crap Shepherd’s Crossing 2 for the DS is HUNDREDS of dollars on ebay. Wow.

While I think it is very good, I don’t think it might be that good ;0
The pricing for a lot of older English translated Japanese games is totally out of whack.

one of the best mascottes ever.

The craziest thing about the Direct was it confirmed release dates this year for the Front Mission, Crisis Core, and Romancing Saga remakes, and added Various Daylife to the enormous pile of games already coming from Square Enix this fall.

Also, you guys weren’t kidding about these farming games.

I’d link the latest dunkey video but I think anyone that would appreciate that probably already subscribes.