The new PC trailer today is chock full of boss spoilers and only reiterates what we already know, so there’s no need to watch it.

Only 3 weeks away. More like 3 weeks to try to forget all the bosses and locations in the trailer that I’ve nearly committed to memory at this point!

Been looking forward to this for an age and am quite excited as Nioh was one of my faves!

I am going in blind, not really followed anything since console launch.

Oh and unless you have an HDR monitor, it will look pretty last gen like the last game. It doesn’t seem like they made any other changes. Just setting some expectations.

Oh and unless you have an HDR monitor

I’ll be playing it on an LG C9 OLED, which has great HDR and caps out at 120Hz anyway, so all that sounds great to me. And honestly, last-gen-ish graphics running at 4K/120Hz tend to look just fine to me, and use most of the GPU’s bandwidth.

And I’m also going in blind. I use trailers and such to help figure out whether I want to buy a game, and then ignore them once the decision is made. And the first game was enough that I was sold on this the moment it was announced.

So that gives me three weeks to wrap up Sekiro, and hopefully do a bit of something else as a palate cleanser to reset my muscle memory before diving in. I… probably could have planned that better.

Just a heads up there are minor complaints about the PC port from the press build. The mouse cursor doesn’t disappear with mouse controls (seems like a trivial fix) and performance is worse than it should be when there are heavy particle effects.

Nothing that bothers me but some people might want to wait a bit. Someone mentioned it took them at least a week to wring out Nioh 1 on PC.

I haven’t pre-purchased a game in awhile, but I’m in on this one. Looking forward to it! Couple more days.

I’m pretty tempted! It’s been a while since I had a good Souls-type experience. I enjoyed the original even though I stalled about halfway through.

No preload on this one hey? I believe it’s around 90GB or so (though that’s probably unpacked).

If anyone has build or mechanics questions, I’d be happy to answer while we all wait for tomorrow.

You can also browse r/glamurai to see if there are any pre-built characters you want to copy. Lots of mediocre recreations of pop culture and anime characters though.

Character codes won’t work in the PC build, apparently. At least not the PS4 ones.

Also starting with a sword and dual sword build, with a focus on lots of yokai abilities this time.

I’m trying to go in blind, so I’ll probably wait until I get wrecked before asking for help. :)

I played most of the first game with katana and dual swords, but I want to diversify a little in Nioh 2, and perhaps use more ninjutsu or onmyo magic… and definitely try the other weapons.

My character will probably be my own Nioh 2 version of Nier: Automata’s 2B, in which case katana, odachi, spear and fists would all be great choices. I do have a soft spot for the kusarigama though, and I’m curious about the splitstaff and glaive, so… ;)

I rotated through all of the weapon classes in the first game over the course of all my playthroughs, pretty much moving on whenever I found a new shiny that looked fun, and expect to do the same here.

As I recall, the way they set up the stat system strongly encouraged generalization for the first playthrough or so – you got significantly more value out of the first 10-20 points in each attribute than you did above that, and your damage output early on was mostly based on gear rather than stats, so you weren’t crippled by using a weapon class you weren’t specced for. Then by the time stat scaling became significant in the various NG+ cycles, respec items were common enough that it wasn’t a big deal to switch things around to dump 99 points in whatever stat mattered for the weapon.

@TimJames is that sort of build flexibility still the philosophy in this one?

I believe it’s still like that. I’m just overthinking, as I usually do. I’d like to find a weapon that fits my playstyle best, so I’m probably be trying, well, all of them, but that means I’ll have a skill threshold that might hinder me in the game (since I’m trying a lot but not training or mastering anything), and I wonder if that would hinder my enjoyment. Anyway, again, overthinking. ;)

That’s certainly true. You can almost ignore it in NG. If you’re a very particular person who worries about these things, I saw this light weight article from around the original release of the game. I don’t think patches affected any of this too much. 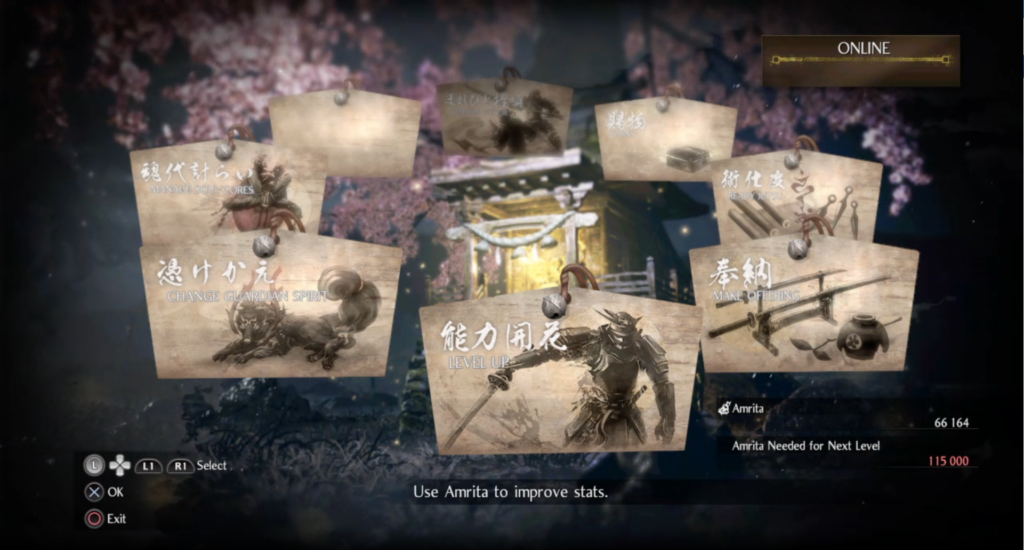 A comprehensive guide on Nioh 2 stats. What are the soft and hard caps, how to get the most efficient build you can. It's all in here!

I’m not familiar with the franchise at all but I saw this thread and then looked at the Steam page where it says it has coop. Does anyone have a good overview of what kind of coop experience this game offers?

You can almost ignore it in NG.

Great, that’s what I was hoping. I’ll proceed with winging it.