Film noir is a descriptive term used by critics, and as far as I can tell few (or none) of the classic noirs were intentionally made to fit the label. So any movie can be noir if it reminds you of classic Hollywood dark movies. The discussion page for Wikipedia’s film noir article is as expected an endless back-and-forth over what noir is and what movies qualify. No point in arguing, but I’m to do so anyway.

Yeah, I’ve been thinking that Fargo is noir as well.

Does it matter? It’s a fantastic movie regardless.

I just watched The Maltese Falcon again. Never noticed it before, but sure enough now that I looked for it, wet pavement everywhere. I also forgot or didn’t register before what a sleazeball Sam Spade is. The cheaper the crook the gaudier the patter, says the man who got something clever to say to everyone he meets.

In hindsight, I’d put The Usual Suspects up as noir as well.

Last night, TCM had Truman Capote’s In Cold Blood on. I taped it as I was doing other things, but watched Mank’s intro and the first few minutes.

Good lord was that some awesome B/W direction/cinematography with just fantastic use of shadows and light. From the first few minutes, it was just amazingly dark, and oozing atmosphere.

Hitchcock’s “Notorious” is one of my favorite movies & falls into the Noir category.

Hear hear! That final scene is a masterclass in dramatic tension.

“Shame to leave it.”

It was a shame this thread left Dead Men Don’t Wear Plaid off its list too, which even features a shot from Notorious.

I’d also give a nod to the first Sin City, which might be the last good thing Robert Rodriguez did. I’ve only seen it at a bar, in dim lighting, with subtitles instead of sound, like the moving comic it was meant to be.

Last night, TCM had Truman Capote’s In Cold Blood on. I taped it as I was doing other things, but watched Mank’s intro and the first few minutes.

It’s amazing how much Blake and Wilson look like Perry Smith and Dick Hickock.

I read that book when I was a kid, and it scared the crap out of me. All night I would hear every little sound in the house and be convinced someone was breaking into the house.

I thought this thread revival would be about Nightmare Alley, which is a skillful, if flawed, homage to classic noir.

One I haven’t seen mentioned and I suspect is the most expensive neo-noir ever made, isn’t technically a film but heavily draws from into kind styling albeit filtered through the syntax of art cinema is Nicolas Refn Winding’s polarizing mini-series Too Old to Die Young. It’s basically a 13-hour endurance test of a movie and might be the most indulgent thing committed to the screen in recent memory. It focuses on two parallel actions of a detective procedural in L.A. and infighting at a palatial cartel estate intersecting, but do not go in expecting Drive 2.0 or even Neon Demon, or something enjoyably hard-boiled because Ed Brubaker’s co-wrote the series - this is the most languid, career-sabotaging work Refn’s done.

It features Miles Teller as a corrupt cop dating an underage girl in the most affectless, empty performance - it’s like anti-acting with zero emotion. His main form of expression is spitting between every excruciatingly slow line delivery. The pace is so glacial that it genuinely resembles slow cinema works like Lav Diaz. It luxuriates in tableaus of decadence, sex and violence that always look immaculately designed - it’s shot by one of the greatest cinematographers ever, Darius Khondji, the guy who helped develop the visual signatures for Fincher and Jeunet, but the seediness is so excessive and gross that when combined with the unorthodox narrative delivery it feels like a parody. It’s excessively prurient with the principal cast sharing some kind of oedipal complex that is never implied but always made explicit.

Even the work obviously benefitted from a hefty budget, towards the end it seems like Refn ran out of money as it just kind of ends. Give the lack of promotion from Amazon, I suspect they were really unhappy with what Refn gave them and told him to wrap it up. 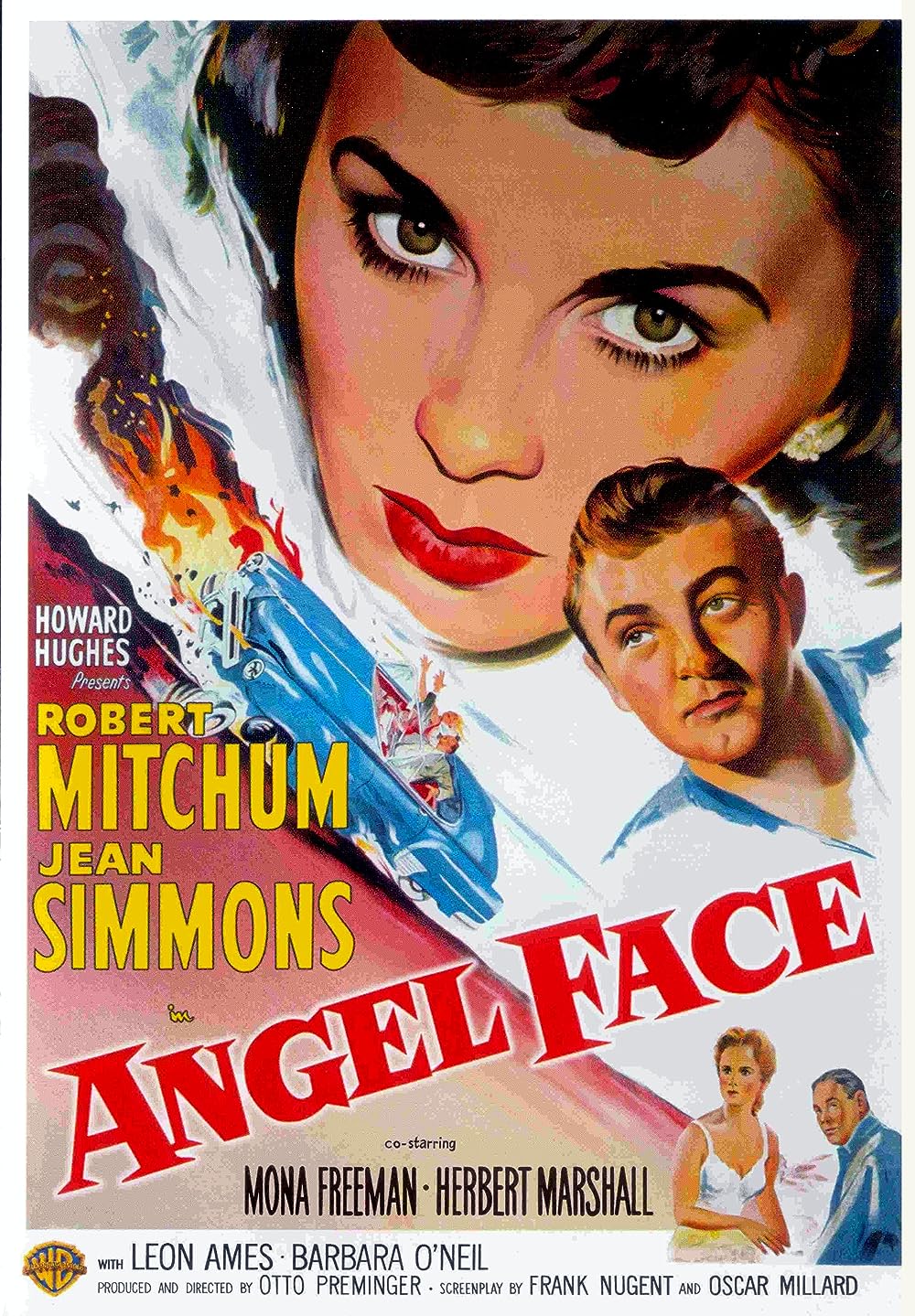 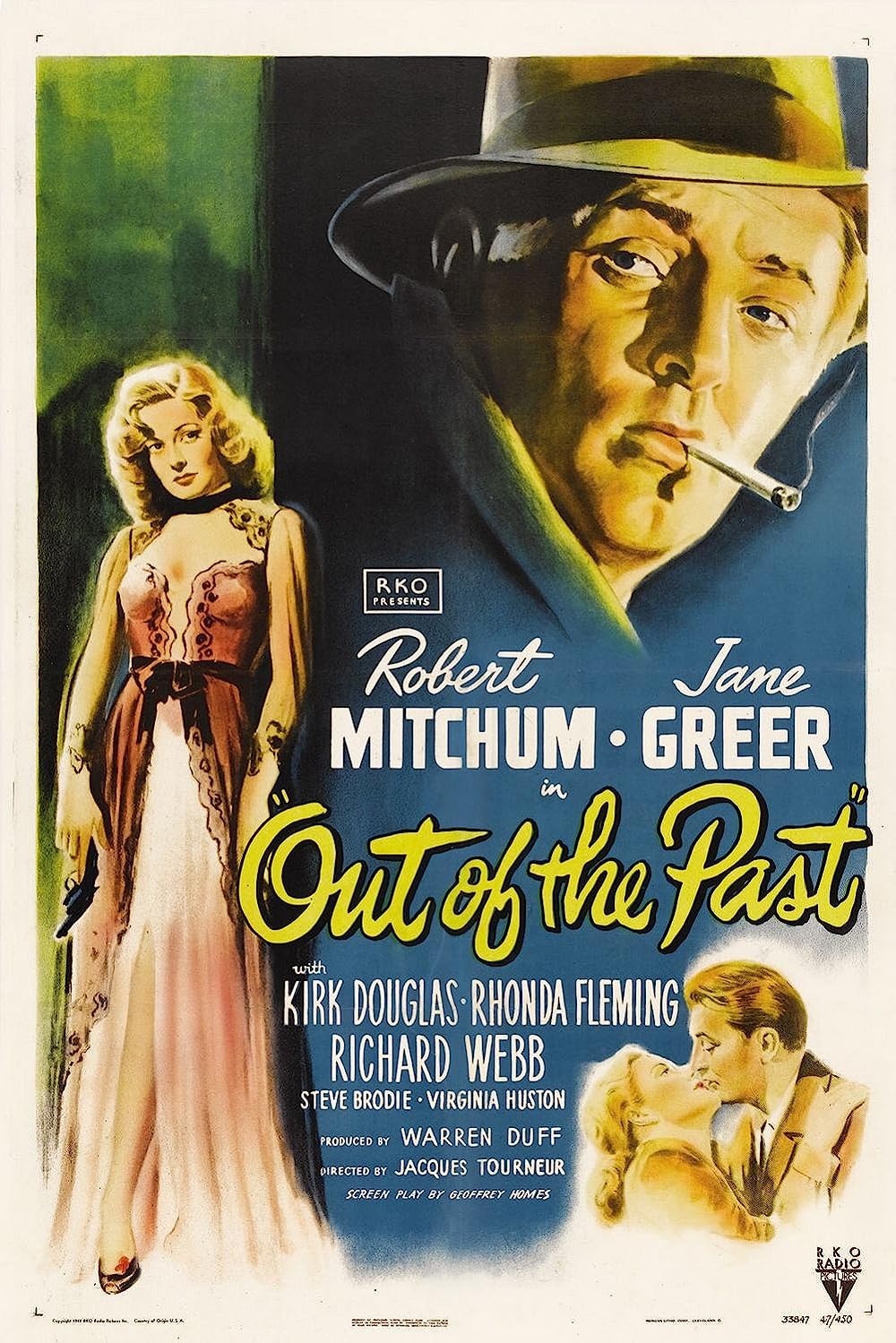 Out of the Past: Directed by Jacques Tourneur. With Robert Mitchum, Jane Greer, Kirk Douglas, Rhonda Fleming. A private eye escapes his past to run a gas station in a small town, but his past catches up with him. Now he must return to the big city... 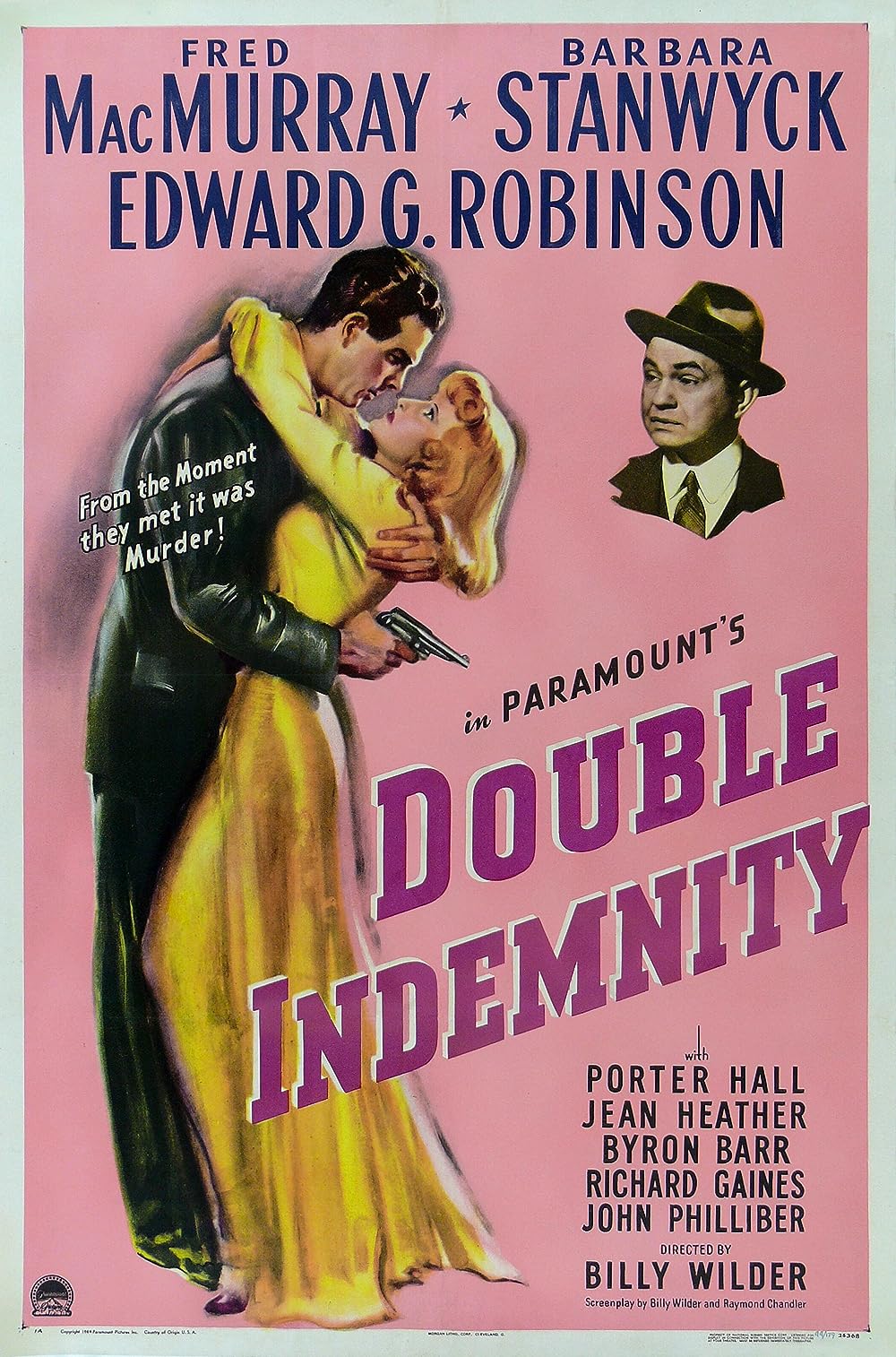 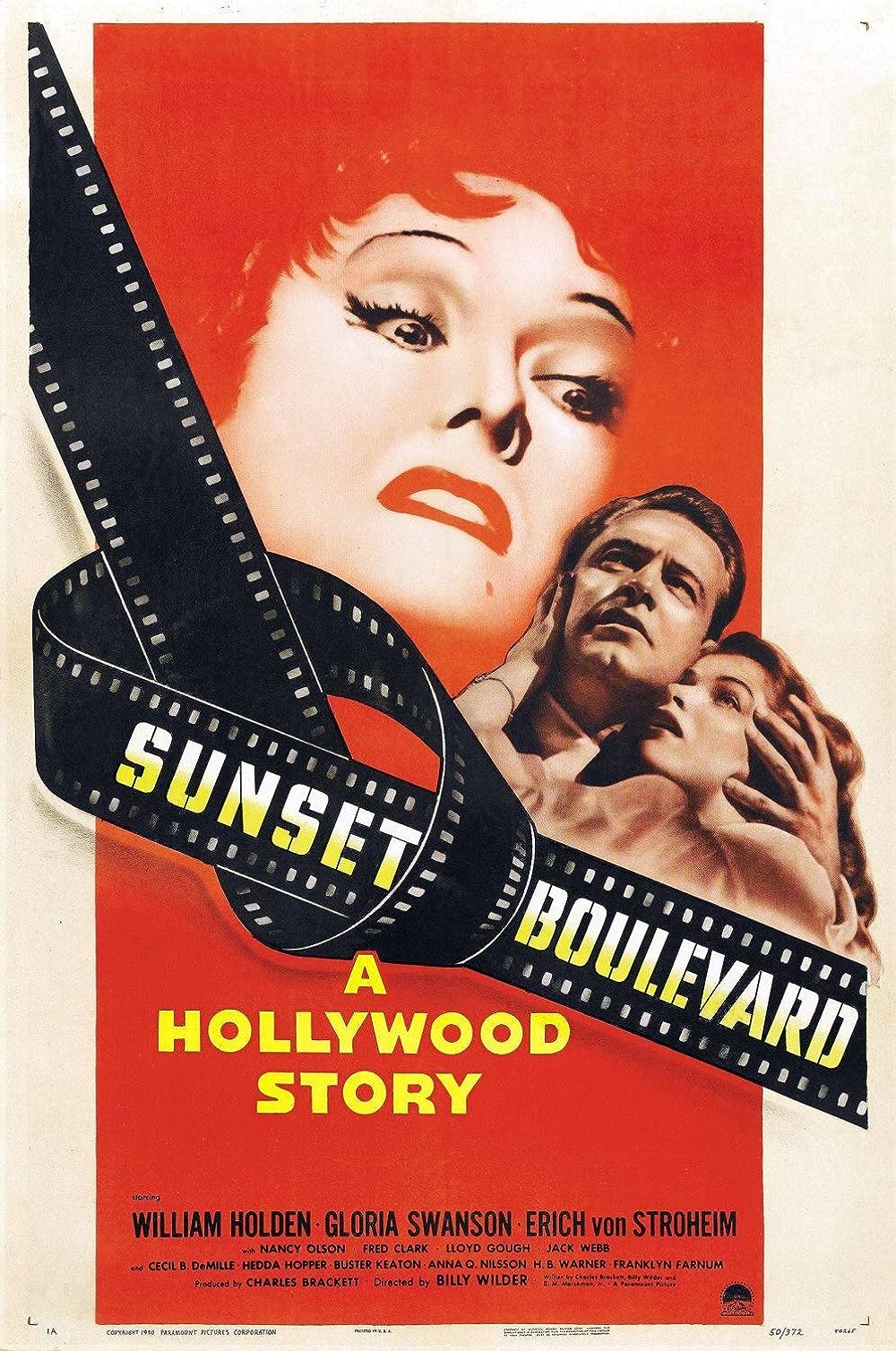 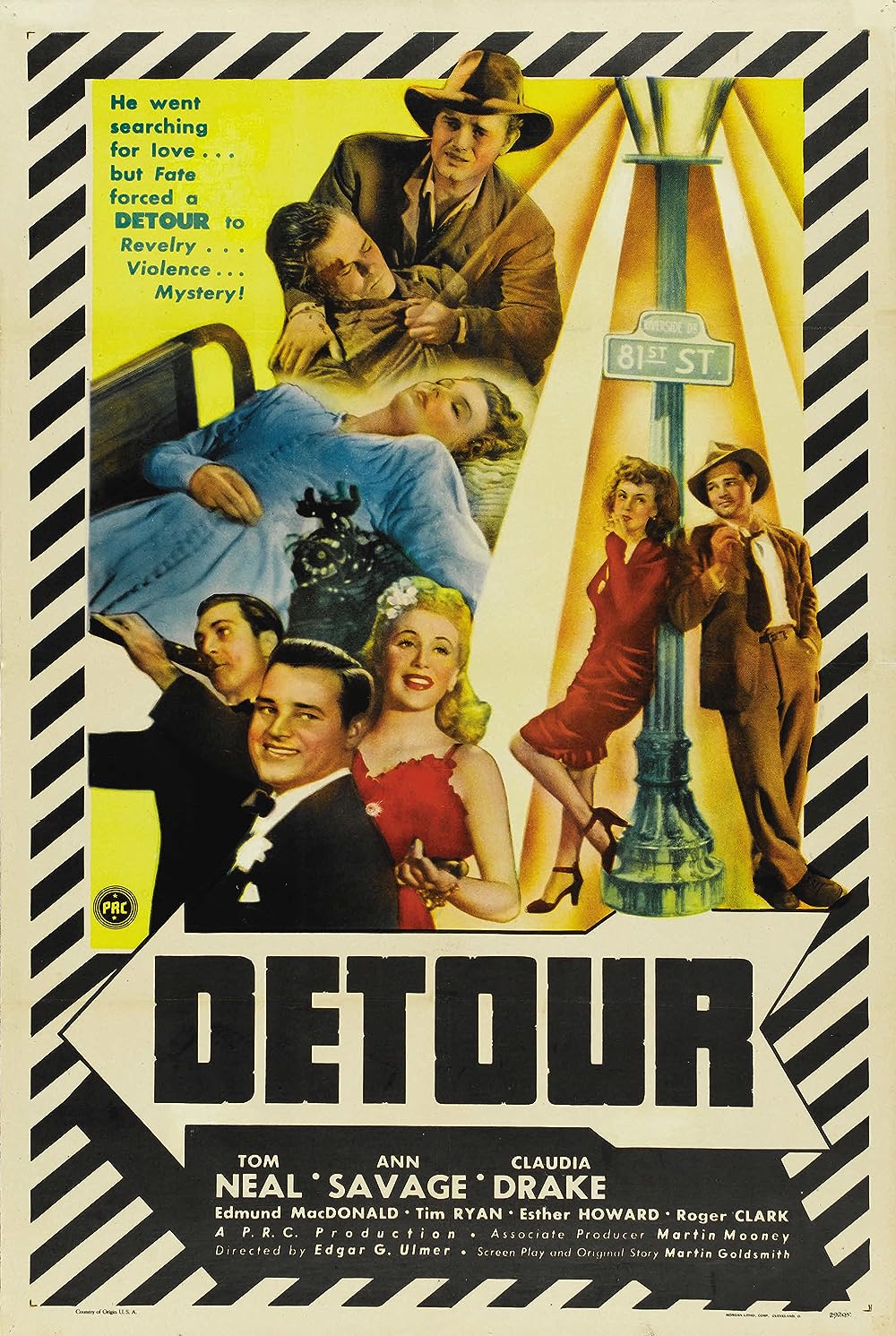 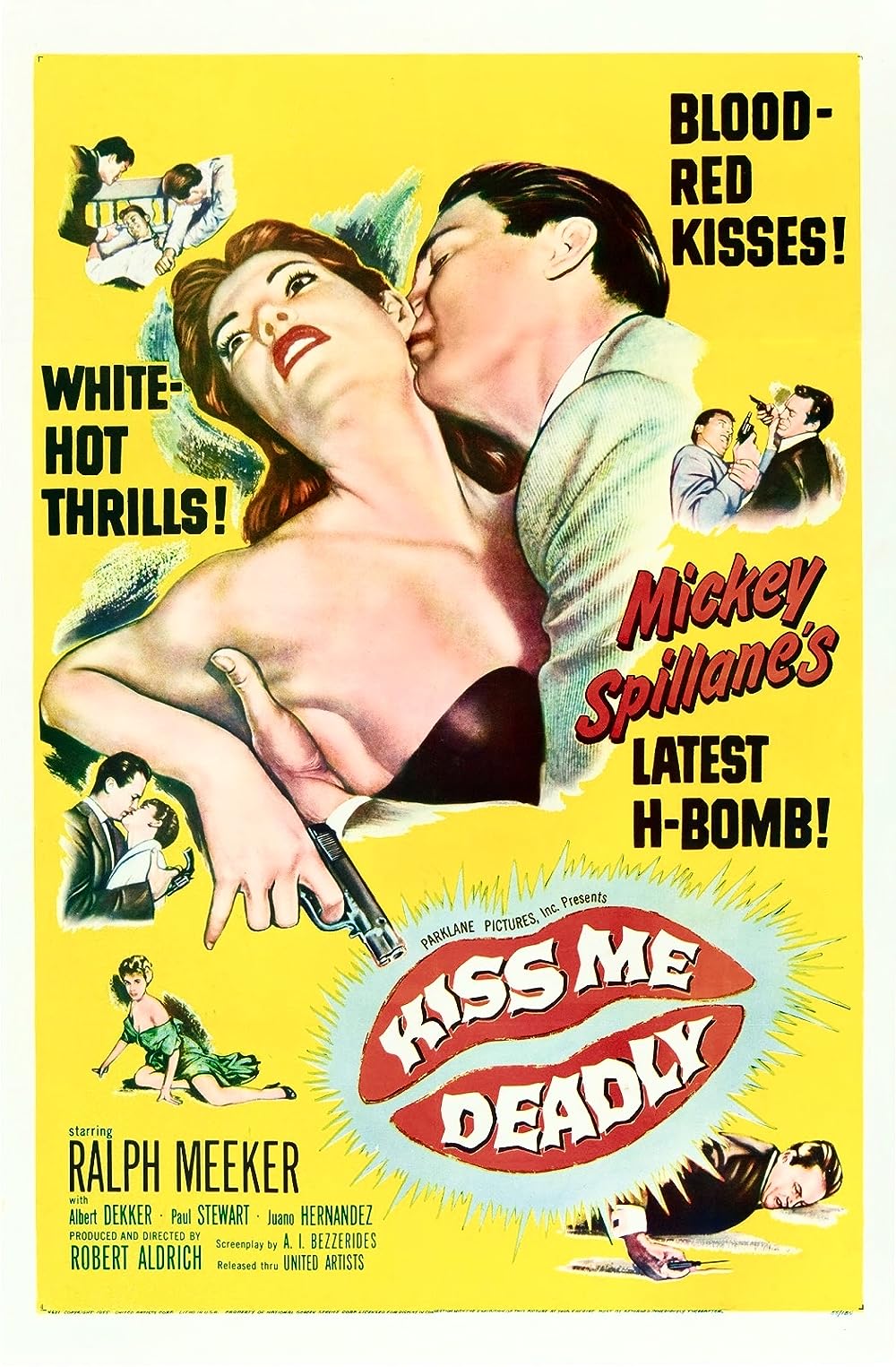 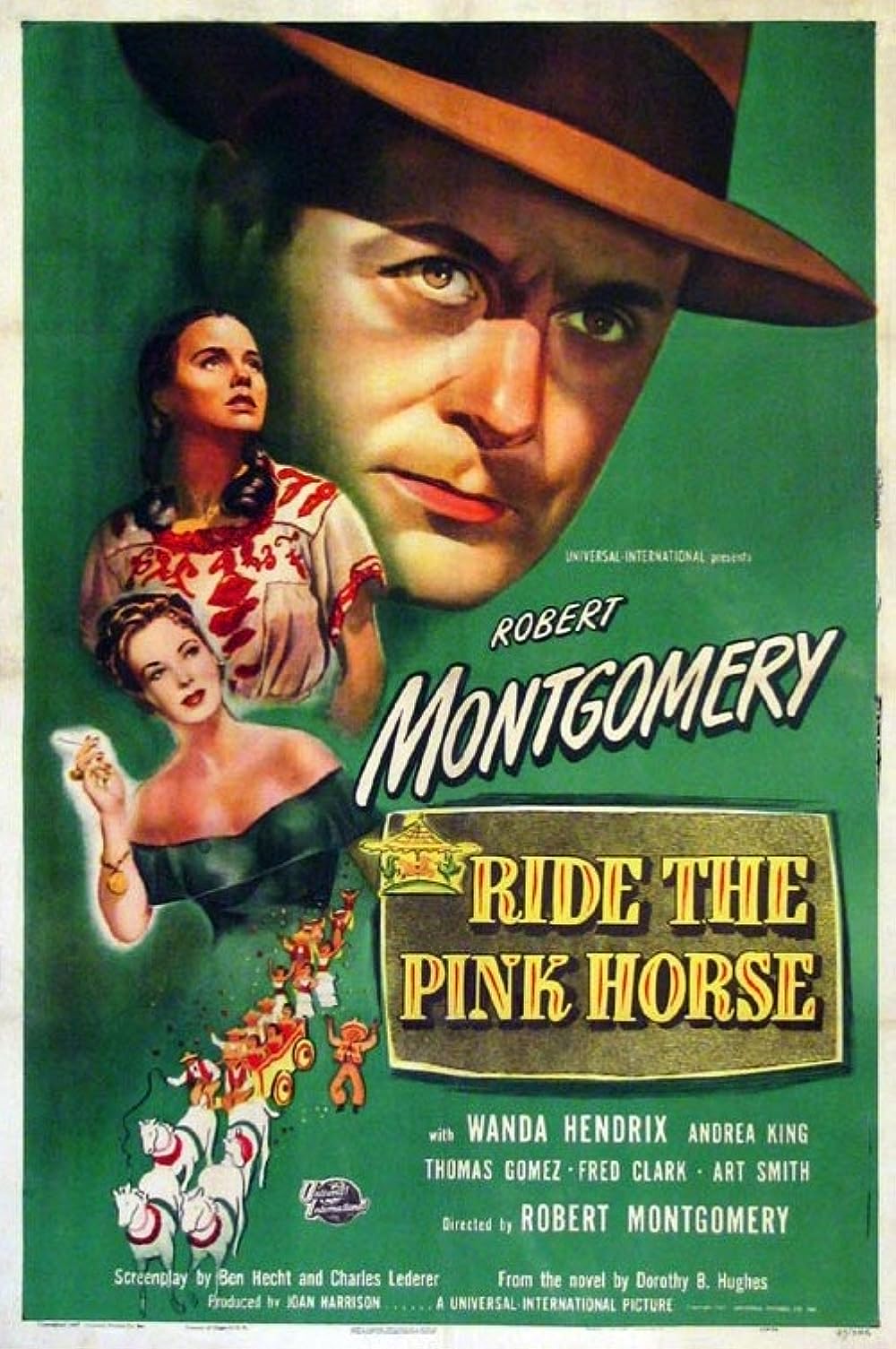 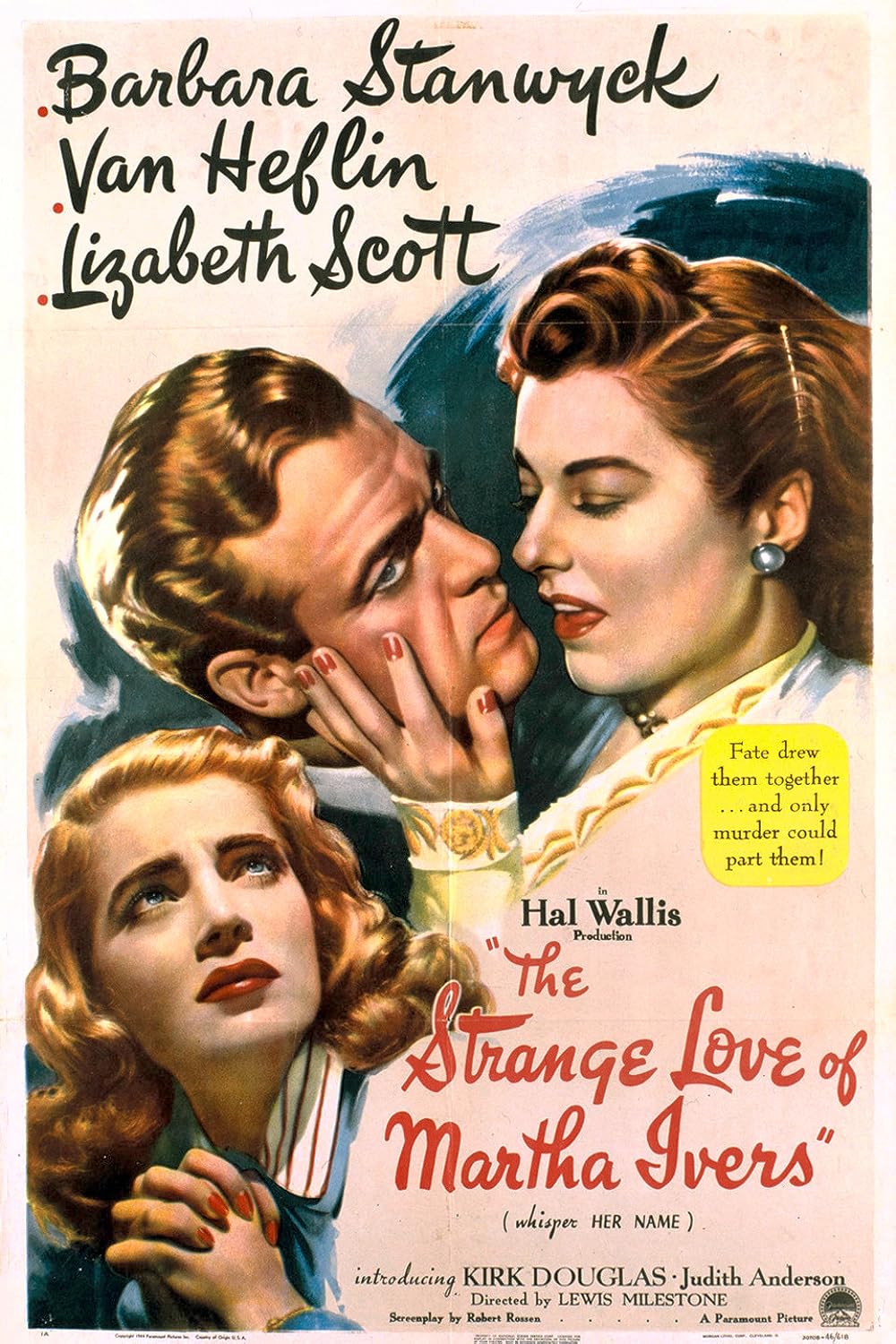 The Strange Love of Martha Ivers: Directed by Lewis Milestone. With Barbara Stanwyck, Van Heflin, Lizabeth Scott, Kirk Douglas. A man is reunited with his childhood friend and her husband, who believe he knows the truth about the death of her rich...

Out of the Past

Kathie Moffat: “You ought to have killed me for what I did a moment ago.”
Jeff Bailey: “There’s time.”

Yeah, out of that whole list, I think Out Of The Past and The Strange Love Of Martha Ivers are probably my favorites. With Double Indemnity very close behind.

Angel Face is not as well known as the others, but for years after seeing it on television, I was really in love with it, and it took over a decade for me to find a VHS copy of it. Actually, my girlfriend found it for me online somewhere and gave it to me for Christmas. Years later, it finally got a DVD release (briefly), so I snagged that as well.

And while it’s overall not as good as those other classics, I still love a lot about it. Namely an extended scene of Jean Simmons desperately running through a house, and the devastating ending is among the very best of them.

I grabbed this from IMDb:

Prior to a 6/21/11 airing on TCM, Robert Osborne revealed that this was the final film of Jean Simmons under her contract with Howard Hughes --he’d bought it without her knowledge from the J. Arthur Rank Organization in England. Her displeasure led her to cut her hair off, knowing that Hughes preferred long-haired leading ladies and thinking it might prevent him from utilizing her before the contract’s end date. Instead, he put her in this film, and she was given a wig to wear throughout. He also promised the director Otto Preminger a bonus if he finished shooting before Simmons’ contract expired, which he collected.

Angel Face has been on my list for ages, but sadly my local public library doesn’t have it.

I think it was during that production that Robert Mitchum belted Otto Preminger across the chops for mistreating Jean Simmons.

That’s a very Noir thing to do!

For that matter, Angel Heart was noir as fuck, with a lot of fucking. Also the devil.

I think it was during that production that Robert Mitchum belted Otto Preminger across the chops for mistreating Jean Simmons.

When Robert Mitchum got fed up with repeated re-takes in which director Otto Preminger ordered him to slap Jean Simmons across the face, he turned around and slapped Preminger, asking whether it was this way he wanted it. Preminger immediately demanded of producer Howard Hughes that Mitchum be replaced. Hughes refused.

That’s a very Noir thing to do!

Mitchum was Mr. Noir to me.
But to be fair, there were a bunch of leading men who filled that role perfectly. And women for that matter (filling the roles of femmes fatale). Some of these people weren’t considered among the best actors back in that time, but wow they could certainly deliver in the Noirs! I adore this genre.

Say what you will about the works of Guillermo Del Toro, but I enjoyed his thoughts regarding noir.

My Film Noir 101 professor would have loved that.

HUGE film noir aficionados here. My wife and I are always looking for something we’ve missed (after watching these for decades, sometimes hard to find one we’ve missed.)

Angel Face is available on the Criterion Channel.

Yeah, to me that is a perfect paragraph. Love it.

Love it - did he write that as part of the Nightmare Alley promos, or was this prior to it?