And by that I mean that God Eater Ressurrection and God Eater 2 Rage Burst are out for the PC. The Steam page shows only God Eater 2, but it’s actually a bundle - you get both games:

As for the game, it’s a Monster Hunter clone with a sci-fi, post-apocalyptic backdrop, much more story-focused than MH, and very anime (in a good way). Considering that there are not many Monster Hunter like games for the PC (only other I can think of is Toukiden: Kiwami), this is rather good news for fans of the genre who don’t happen to have a 3DS around.

I played God Eater Ressurrection a bit yesterday - the graphics are adequate (textures are crisp, and it runs great at 60 fps, but being a port of a PS4 port of the original PSP or Vita version, it’s obviously not “visually stunning”), and my first impressions are very positive. I’ll make sure I report anything worthy of note as I play.

Also, it supports multiplayer - so if anyone here on Qt3 wants to eat gods with other God Eaters, make sure you look for me online. ;)

Being a huge MH fan I’m in - if only to snort derisively at the dumbed-down action gameplay. ;)

I avoided getting this on Vita as I knew it was PC bound - and now it’s here! Or it would be, if I weren’t still waiting for my game key. :)

I saw the name of this game on Steam and immediately hoped it was a sequel to God Hand.

very anime (in a good way)

Explain. And I’m not being the least bit snarky. As someone who knows pretty much fuck-all about anime, what’s the distinction between being very anime in a good way and very anime in a bad way?

Good question. I don’t know. I’m not very knowledgeable in anime in general, but God Eater gives me the same anime vibe that I got from Naruto Shippuden Ultimate Storm 3, which I thought was brilliant. Maybe it’s the art style or the overall “feel”, but I have a good feeling about it. It’s too early to say, really, but that’s the feel I have to far.

I also had a second motivation to say “in a good way” - some people see the word “anime” and react negatively by default, and I didn’t want for that to happen in this case.

I know what about half of those words mean.

Imagine if it was a sports game. Total Chick confusion!

Anyway, that one is a great game that distills the best parts of the Naruto Shippuden anime into a playable tour-de-force. It’s really good, at least I thought so.

Anyway, that one is a great game that distills the best parts of the Naruto Shippuden anime into a playable tour-de-force. It’s really good, at least I thought so

Would you say that it visually stuns, by that token? 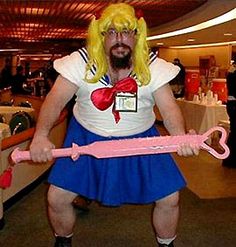 Would you say that it visually stuns, by that token?

Ultimate Storm 3? Oh God, yes. The animated cutscenes are gorgeous, and the way they fuse into the gameplay in certain fights is absolutely brilliant. I love that game so much.

But this is a topic about God Eater, which isn’t visually stunning at all, even if it looks pretty good in my opinion (but I’m more of a “gameplay over graphics” kind of guy, so take that into consideration). Not sure about the anime cutscenes - of which there are quite a few in the game, I’ve heard - but the couple I’ve watched so far seem to be pretty good.

I want to know if the title was derived from a random game name generator.

In the case of God Eater, no. It makes sense if you know the lore of the game, because the title is basically your job in the game. Sort of. ;)

As for the Naruto game, well… the full title is actually NARUTO SHIPPUDEN: Ultimate Ninja STORM 3 Full Burst. Not sure how much of it was procedurally generated.

Pretty decent port, but make no mistake about it, this is a port of an old game.

60 fps. I might wish it went higher but it is still good for a port i guess.