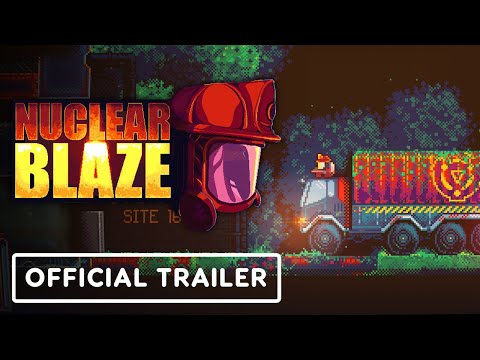 Interest is piqued, anyone thinking of picking this up?

Hadn’t heard of it, but it looks cool. Eagerly awaiting your impressions :)

I agree - this does look cool. I’ll wishlist it until I hear further.

Way to bury the lede about the Dead Cells connection.

You check that door for heat?

I did mention 2D! Ok made it better I think.

That trailer. Wow. What a brilliant idea for a game. I’m not sure if the idea is enough to sustain a full game, but a great idea nonetheless.

No anticipation necessary, it’s already out. Apparently it’s a fairly short game, but that looks like it might be about the perfect length.

Oh, nice! I’m so used to trailers meaning I have to wait months for something and didn’t pay close attention to the Steam embed. I’ll probably play it this weekend. Some time ago, I made peace with short games so long as they are good and deliver as much value/hour as a movie ticket. :)

What a brilliant concept.

Some time ago, I made peace with short games so long as they are good and deliver as much value/hour as a movie ticket. :)

Same. This is absolutely the right attitude, we will get great short games if we keep this up.

Reviews on Steam mention 3 hours long. Which is REALLY short.

I played some of this last night, the execution so far meets the concept. Once you get into things you’re tasked with putting out fires completely to progress, and of course if you leave a fire burning it will keep spreading, so it’s often a race against time to extinguish the thing in the right way to keep it under control. The platforming is solid, it has that nice, glowy, pixelly look that’s not dissimilar to Dead Cells, and there are kittens to rescue! So far so good.

As for 3 hours, that seems about the right length. It’s not a roguelite, it’s a continuous progression forwards with only named areas (and different settings) to act as markers. Also, when Steam reviews say X hours, I usually double or triple it to get my actual playtime. The last game I played the earliest reviews (and hence most visible) were whinging that it was a 6 hour experience, it took me 21 hours in total.

You know, this is a really awesome game. The firefighting mechanics in here are so well done, and it’s really uniquely executed, just a brilliant little 2d platformer that does excellent things with its core concept. Once you get in the thick of it, the highlight is actually fighting these fires which take on a life of their own, spreading and igniting rooms, and you have to figure out the best way to tackle them so they don’t re-ignite behind you. It slowly introduces more abilities so that fighting fires near the end of the game are real exercises in planning. And the graphics are perfect, colours are used so well to convey the intensity of fires.

The only downside is that right near the end they also introduce… well, something that makes the game really very frustrating - a creature that instantly kills you if you make a mistake. No problem, you think, it’s not far from the previous checkpoint. Only, the later fires take such a lot of effort to bring under control, to then get instakilled by said creature means going back a short distance in space but a long distance in time! I’ve spend the best part of an hour on this huge fire near the end, which is about the same amount of time that’s it taken me to play the rest of the entire game, just because of this one thing. Yes, it’s a fairly short game overall, I know I’m near the end because the achievements told me so! But frankly the length is about perfect.

Anyway I am posting this because I know from experience that whinging about something on a forum means that I will instantly beat it on the next attempt.

But really, other than the fact that I suck, I highly recommend it!

[edit] OMG it worked again! Beaten the game. It also has a cool little kid mode with a handful of short, very easy scenarios where you can’t die and have to rescue the kitties. Anyway, short and very sweet.