This isn’t related directly (well, sort of), but I pimp this article when I get the chance because it is… not great, not terrible.

A Star in a Bottle

An audacious plan to create a new energy source could save the planet from catastrophe. But time is running out.

The concession are planning on getting their Tokamak up to full power next year.

China Is Building an Artificial Sun

The nuclear fusion reactor will burn as hot as 360 million degrees Fahrenheit.

We don’t need an audacious future tech. We don’t need a Manhattan project or a Apollo program to develop fusion power. We have what we need, it just needs willpower to implement it.

Advocating for an Apollo program to produce fusion power is the same as joining the anti-climate change crowd. It’s actively harming progress. Addressing climate change will take hard work, and ‘waiting for future solutions’ does nothing.

Nuclear power is by far the way to go.

It highlights the difficulty that humans have grasping really enormous ideas like climate change.

Even folks who aren’t skeptics, and say that climate change is an existential threat… They don’t all ACTUALLY think that it is. They don’t actually think that it’s going to destroy human Civilization, or really, even have that big an impact.

They grasp these things in some level, but it’s abstract. It’s not the same kind of “knowing” that they have about normal stuff.

Because if you actually believe that climate change, caused by carbon release into the atmosphere, is going to have a truly calamitous effect… Then the things holding back nuclear power become entirely trivial. The environmental impact of nuclear power is nothing by comparison. Things like archeological impact studies become silly to even think about.

None of that shit matters, when weighed against continued fossil fuel use doing massive harm to the entire planet.

If you actually believe that climate change is an existential threat to humanity… And nuclear offers you a means by which you can easily generate all the power you need in the short term… then you take that, because none of the downsides of nuclear constitute anything approaching an existential threat.

Even if you look at something like Fukushima, and all the fuckups surrounding it, it didn’t cause harm on anything close to the scale of an existential threat like acidification of the ocean.

If folks say things like, “but we don’t know what to do with the waste,” then those people don’t actually believe that climate change is that big a deal.

I heard a long time ago (and maybe it’s not accurate) but one major block for new nuclear power plants is you must have insurance that can cover that massive cost of cleanup in case of something catastrophic going wrong. Even though it’s an extremely small chance the cost of such an effort is so expensive that it’s hard to get coverage for that amount.

I think there are legitmate concerns with nuclear power: security is a big one. Another is that the expertise and materials goes hand-in-hand with nuclear weapons. A third is that site selection and waste are political no-fly zones. I don’t think insurance is that big, because it gets looked at by accountants who figure out the low risk.

The three above though are true issues that raise costs and timelines, and potentially make nuclear non-feasible, at least in our current environment. Which sucks.

Even if you look at something like Fukushima, and all the fuckups surrounding it, it didn’t cause harm on anything close to the scale of an existential threat like acidification of the ocean.

If folks say things like, “but we don’t know what to do with the waste,” then those people don’t actually believe that climate change is that big a deal.

The insurance problem is in liability coverage I think, which is not something that can be rationally calculated. Actual tech risk is easy, but human actions and greed are complex.

But in general, I think that the costs of nuclear power all told are far less than the costs of ignoring it as an option. Had we not backed off nuclear after TMI and Chernobyl, but instead doubled down on understanding and mitigating risks, and investing in cleanup and waste storage/removal options, we could have been far ahead of where we are now in terms of clean power.But that ain’t how it played out, and at this point, nuclear power is so politically toxic that I doubt it can get traction.

But we don’t see joe-cargo-ship using nuclear power plants because it wouldn’t actually be cheaper, right? (I feel like Russia must have tried this…)

I don’t have an informed opinion, other than to note that although my perception as a US citizen has been that people consider nuclear power to be a bit radioactive, when I worked in Canada the people I worked with considered it to be a fully green technology.

They don’t actually think that it’s going to destroy human Civilization, or really, even have that big an impact.
[…]
Then the things holding back nuclear power become entirely trivial.

Except regulation, state control, and deficits, because neoliberalism is stronger than physics.

That applies to any carbon free solution though, so what matters is: how cheap is nuclear against those competitors and how fast can we build it? Right the answer is very expensive and very slowly. Though potentially a massive government investment could improve on both with massive scale. (Even if it is not economical against alternatives we should do some investment and build some plants just to keep the tech knowledge in the population for future advances…) But even the most optimistic terms we would have be starting the process (evaluating sites, talking to local governments, etc.) for nuclear plants now for them to be online in 15 or 20 years.

We could actually make massive improvements to the US power grid with a fairly small (single digit billions) investment that would pay off hugely for any power source we go with in the future, but it’s basically politically impossible to HVDC powerlines across states. Not technically, just politically. That’s why you see some crazy projects like undersea power cables proposed, not having to deal with local politics is so valuable that people are willing to build powerlines in the ocean.

how cheap is nuclear against those competitors and how fast can we build it? Right the answer is very expensive and very slowly.

You have to look at the whole system, right? Like is there a place you can position X solar and Y wind and Z natural gas, + misc other options or storage, and given a particular power grid construction, that provides baseline power (based on a simulation of the weather of the last 20 years or whatever, if it had existed.) What’s the cost of that system? Each component? Does nuclear play a role?

Back when I looked through proposals like the that biggest problem wasn’t baseline power, it was peaking power. You can run a simulation and figure out quite accurately for any particular grid, what % of the time you can expect X power at every point of the grid over any point of time. But for momentary gaps you would need something short and quick, something like natural gas that can turn on and off immediately more than you need continuous power. (You need this even in a country with mostly nuclear power since it can’t ramp up or down much, except very slowly over a period of days or longer, and you don’t save must cost by ramping down at all.)

Though to a certain extent, doing anything more about climate would be a positive right now. I don’t care what we build, just stop putting crap in the air and throw a bunch of money you get from carbon tax into associated research.

14 years ago, they began constructing a new reactor in Olkiluoto. The first new reactor ordered in Western Europe since something like 1990. It was supposed to cost 3 billion EUR and be in production in 2009. Actually it’s still not in production, and was just yesterday pushed back by another six months, now to early 2021. The current cost estimate is 11 billion.

That was just building a reactor at an existing site, btw, not an entirely new plant.

Another two nuclear power licenses have been granted since then. One was entirely abandoned, the other currently looks like it’ll take 11 years from.the license being granted to them even managing to start construction. It probably never will.

That’s the ideal case. A politically stable country, a climate where renewables just are not an option for large parts of the year, tons of heavy industry, no nimbyism on this particular matter, and no controversy about the long-term storage of nuclear waste.

I used to be rather heavily pro-nuclear. I still have nothing against it. But given the economics and the glacial deployment speed, it’s not going to save us.

What if the choice was simple. Nuclear power, or the death of millions of people all across the globe?

I’m fully on board with building more, safer nuclear plants for baseline and peak power demands, but it isn’t going to happen until the climate crisis is so bad that it compels drastic government action. Maybe in a hundred years?

As amply noted above, the obstacles are almost entirely political; the technical issues can be worked with if not solved given enough money and willpower. The real problem is not so much opposition to nuclear, but the lack of any reasonable alternatives from the anti-nuclear camp. And I agree 100% that infrastructure enhancement is key, especially in developed countries where electric vehicles are going to probably be a huge growth area. Much of our country is running on an electric grid that is substantially nineteenth-century in its tech level.

The real problem is not so much opposition to nuclear, but the lack of any reasonable alternatives from the anti-nuclear camp.

I don’t think that is actually true. It might well be the case that it is technically easier to provide baseline capacity with nuclear, but that doesn’t mean it can’t be done with renewables, hydro and storage. Those are perfectly reasonable alternatives.

The real problem is that we will do none of the above, until it is far too late. The jackpot is coming.

48.9 degrees C on the farm (western Vic) yesterday. Cockies falling dead from the trees. People and wildlife cannot withstand the extremes we are already experiencing and this is just 1 degree of warming. We are on track for more than 4. 😔#ClimateEmergency https://t.co/cAQacRRP86 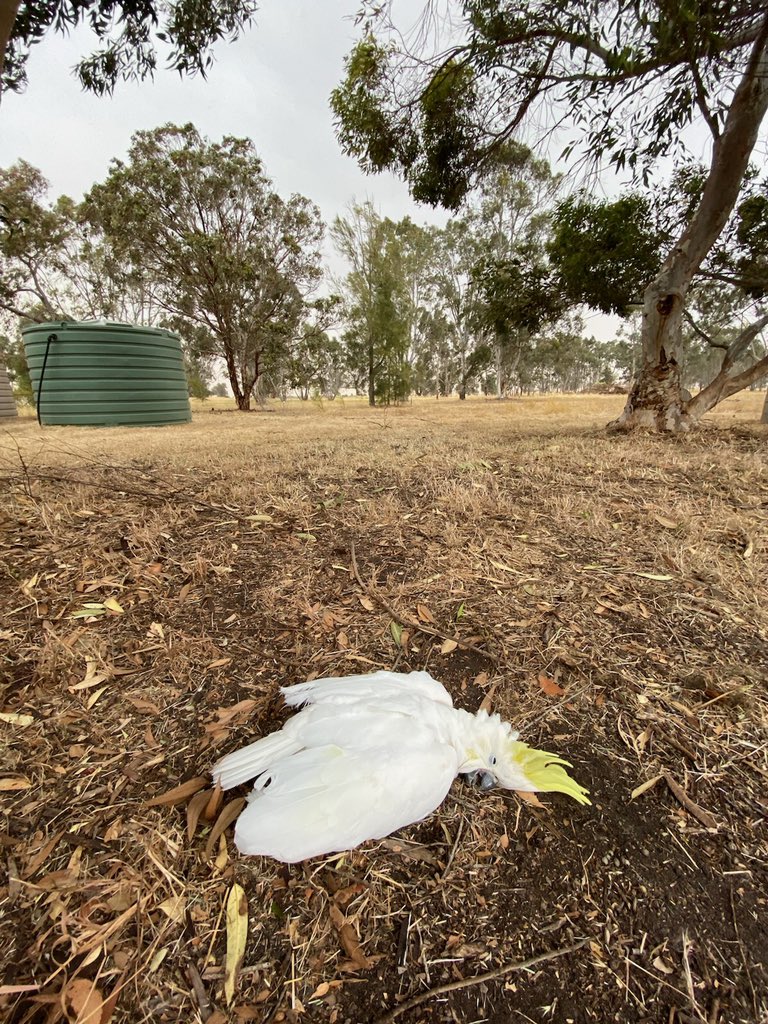 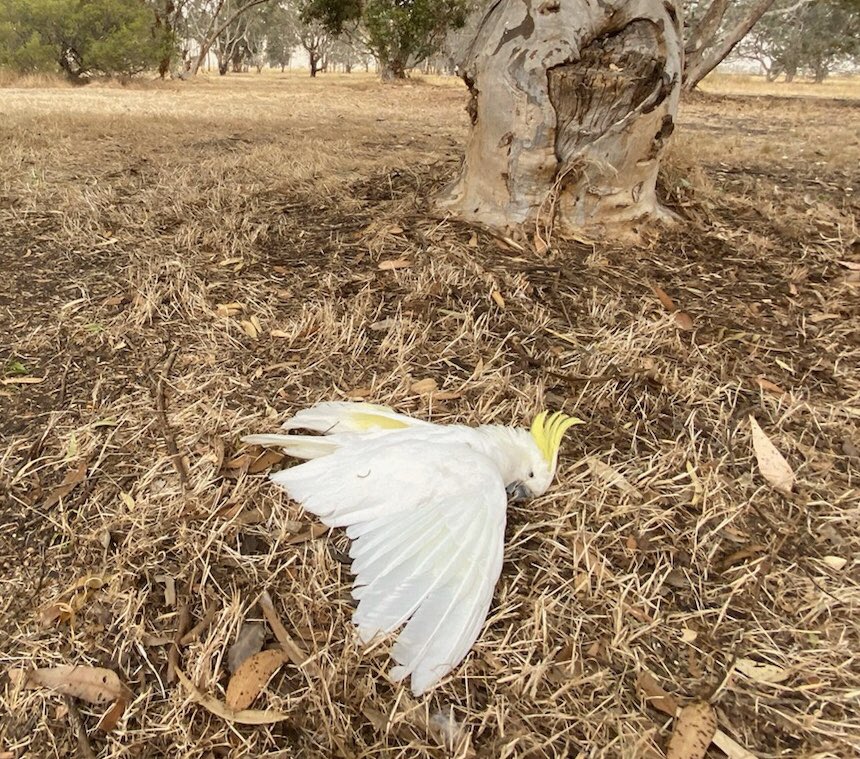 I see this insane argument popping up over and over again. Yes, it’s true that nuclear isn’t competitive cost-wise. This is also completely irrelevant. We don’t need nuclear power to be cheap power. We need it to replace coal-plants that are killing the planet. And yes, renewables would be better, but as pointed out above they don’t come anywhere near to satisfying energy demand.

Not to mention that any sort of solution to the climate issue is going to be searingly expensive in any case. Going, ‘oh, but it’s not cost effective’ is so asinine it just beggars belief every time I see it.