John Mahoney, the veteran actor best known for his 11-year run as patriarch Martin Crane on the hit sitcom Frasier, has died. His manager confirmed reports of Mahoney’s death to Variety, saying that he died yesterday while in hospice care in...

I’m still a little blown away he was only 77, he would have been in his 50s when he was playing Frasier’s dad I guess. Think the first time I noticed him was in Say Anything, but he’s been in a bunch of great stuff.

That’s very sad to hear. I loved him in Moonstruck and Say Anything. :(

That sucks hard - his turn as Frasier’s dad is one of my all time favorite TV characters. :(

edit - only a 14-year difference between him and Kelsey Grammer

RIP. Started out at the Steppenwolf Theater in Chicago in its 1970s glory days.

I’ll always remember him from Barton Fink as the William Faulkner analog. (“Honey?
Where’s my honey?”) He got to hit a lot of notes in a short amount of screen time in that role.

Great character actor who was a mainstay of many movies.

And I had no idea he was British!

My feeling as well. I also first mixed this up in my head with the Coach from Cheers for a second.

I also first mixed this up in my head with the Coach from Cheers for a second.

Yeah, that guy passed away… some time ago. During the second or maybe third season of Cheers, actually. I remember it happening when I was a kid.

He was on an excellent series of the experimental HBO show In Treatment. I loved his arc in that season.

I believe the actor who played Coach passed away before Woody Harrelson joined the cast. I remember finale having a very sweet tribute to the actor, when Ted Danson adjusts Coach’s picture frame before turning off the lights and leaving the bar.

I was also surprised to see that Mahoney was considerably younger than I thought, but that could just be because Kelsey Grammer had played his son for so many years. :)

Mahoney was so, so good in Say Anything with a role that could’ve been a cookie-cutter or caricature.

Woody Harrelson was the replacement for Coach.

And the photo was of Geronimo that actor Nicholas Colasanto had kept in his dressing room. They put it on the wall after he died as a memorial. It was a lovely touch that Ted Danson adjusted it before he walked off as San Malone for the final time.

Oh, that was an inspired choice for a replacement. That show had a terrific cast.

I just remembered Mahoney’s role in Barton Fink. He was extremely talented.

Mahoney was so, so good in Say Anything with a role that could’ve been a cookie-cutter or caricature.

Yeah, I always feel bad for the guy, you think he’s going to end up being a tired villain type but he goes way past that.

I had forgotten about Barton Fink, he was great as a Faulkner-esque screenwriter.

Oh, that’s a bummer. Just over the last few weeks I rewatched Eight Men Out and The American President, both of which he had memorable roles in.

What @triggercut said. I’ll never forget his performance, or how this moment made me feel… 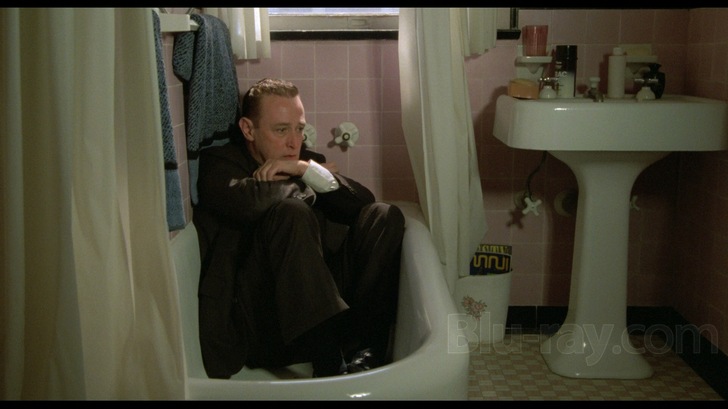 Yeah, for me he’ll always first and foremost be the dad in Say Anything. His performance is just as important to that movie’s success as Cusack’s.

“I wipe their mouths!”

with a role that could’ve been a cookie-cutter or caricature.

Crowe didn’t write it as a cookie-cutter part. But yes, Mahoney more than did it justice. The authentic love for Diane (as opposed to the usual teen-movie authoritarian schtick; see Kurtwood Smith’s character in the same year’s ‘Dead Poets Society’ for contrast) is in the script but Mahoney humanizes the moments where the dad must function as an antagonist (“I just think you should break up with him”). His acting smooths over the bumps in the script.

IIRC he was the voice of the general in the Iron Giant. He was great in anything I ever saw or heard.

This is sad news. I was a HUGE Frasier fan and he played a great foil for Niles and Frasier.