Thanks, that is very helpful indeed.

Sorry for the somewhat random question, but my Internet and forum searching skills are failing me…

I’m wondering, how long does it take to play an average game of Old World to completion?

Really? I had it in my head that Old World was relatively short for a 4x game. Not true?

It depends entirely on how you play. There are design elements intended to head off the drawn-out mopping up period, so a normal game should be shorter than a comparable game of another 4X. But there’s also substantially more and different kinds of gameplay early on, so I’d say the pace evens out.

Much appreciated. I’m looking to dig into a PC strategy game with a moderate length, fun decisions, and story potential. This sounds like it will work well.

For me it is closer to half, the time of Civ game . I’ve finished about as many OW games as I did CIV IV, so say about 15-20 of each, even though I spent a lot more time playing Civ IV than OW.

Several reason for this, less turns 200 vs 500. The longer turns don’t bog down as much as they do in Civ IV. Civ turns increase almost exponential, more cities = more units, where as in OW the number of order increases basically linearly. On the other hand, I spend a lot more time thinking in OW, on things like research, who to marry, there are far fewer no brainer decisions than in Civ. That to me is a good problem to have. Finally, between double Victories and ambitions, almost all my games are between 100-150 turns. In Civ so much time is spent hitting the next turn button, to build the final spaceship part, get the final UN Vote etc. There is a lot less in OW.

I fired up the first OW game since the Christopher Tin soundtrack was added to the game. Wow, it is now my favorite game soundtrack. Baba Yetu is still my favorite song, but OW soundtrack is just gorgeous. The AI also seems to be better, I had to drop from Glorious to Noble, cause I tried 1/2 dozen games at Glorious and got crushed.

Thanks! I just played the first couple of tutorials. This has come quite a ways since I played in early access.

Plus, if you pick the right difficulty level, it can be even fewer. On an easy level (in terms of your strategy games skills, not any particular level in the game), it can take around 80 turns or so. A moderately difficult can take around 150 turns. I haven’t played enough to go into more challenging levels.

Plus, if you pick the right difficulty level, it can be even fewer. On an easy level (in terms of your strategy games skills, not any particular level in the game), it can take around 80 turns or so. A moderately difficult can take around 150 turns. I haven’t played enough to go into more challenging levels.

This is true of Civ as well, of course. I have never played a game of either Civ or Old World that has gone the distance; I’d say Old World tends to come a bit closer.

I’d say a game of Old World takes me roughly the same time as a game of Civ IV, but only because I tend to quit Civ games when the turns get long and I’m sure I’m going to be able to win.

Just play like me and fall behind on order generation, and your games will fly by in no time.

I was playing the second Carthaginian scenario - I really quite like the scenarios btw - and I hit a sad event. I had just conquered the third Iberian Phoenician tribe camp, as part of my scenario goals, and this triggered an event that spawned a number of barbarian units (including a warlord). That’s fine - but the goal was marked as ‘failed’ as the barbarians replaced the Phoenician settlement.

OMG! I finally figured out the bug the was crashing Oldworld at startup. I’d noticed that starting it via Epic launcher (steam didn’t work either) it would say ‘launching additional’ so I always figured there was some sort of process associated with OW running, but never could find it. Reinstalls never worked so I just gave up and was waiting til the Steam release. But today I decided to check discord and there was one post that mentioned ‘launching additional’ then crashing back to the Epic launcher which sounded exactly like my problem. It also mentioned that he had noticed the issue when he had Discord up. I don’t use discord but did install it for something (OOTP maybe) a while back. So I checked and it is in my startup sequence so I disabled it and bingo, OW launches! It still says ‘launching additional’ under the OW icon as it’s launching but it launches fine it appears. Whoohoo!

Discord has a game overlay, I wonder if that was interfering with things? Conflicting with the Epic overlay or something?

Discord has a game overlay, I wonder if that was interfering with things? Conflicting with the Epic overlay or something?

There was more to that Discord thread that probably explained what was going on, but I’m not sure I want to try and open it again and screw up my OW again just yet, hehe.

I have Discord running all the time, but I haven’t had any problems launching OW. There must be differences between your PC setup and mine, which makes it tricksy to debug the problem. Glad that the fix worked for you!

I went back and it has something to do with Discord and OW overlays but only if your in Discord in admin mode. Maybe I am, couldn’t find a way to change that in my account/profile settings. But so long as I don’t start Discord I’m good with OW.

so long as I don’t start Discord I’m good

Coming to Steam and GOG on May 19th. Also, expansion on the way! 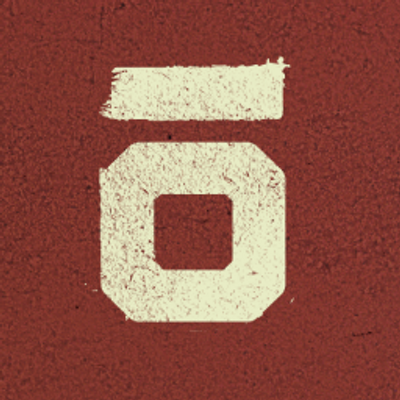 Check out the announcement trailer for Old World's first expansion, Heroes of the Aegean, which goes to Ancient Greece with six new historical scenarios. https://t.co/SqAFhdq2GP
← previous page next page →