Stellaris has them but there are some… consequences. EUIV has them, and I feel like it’s usually a good option to get rid of it, and there are consequences later in the game to keep them… been awhile since I played EU but i do remember a strong incentive to change that trade.

One of the most powerful early game civics in Civ IV was slavery. Use that whip to sacrifice a population pop for production.

A big part of some of the biggest survival games, like Rust and Ark all feature taking players taking other players as slaves. You can research handcuffs, cages and such.

While not a boardgame, it makes , what I assume is children and youngsters, into actual slavetakers in a game instead. 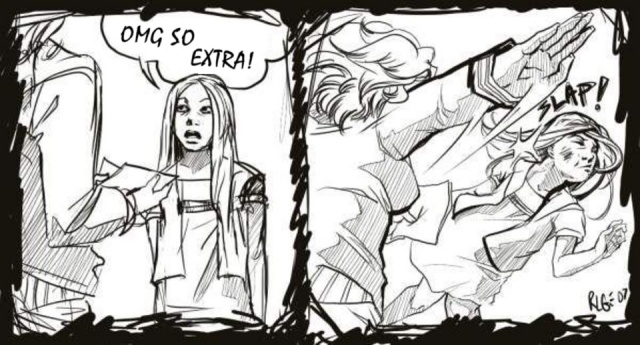 Does the article actually claim gamers are toxic and their culture often leads to the radical alt-right? I think they misconstrue gamers with fringe Internet extremist wackjobs on Twitter and any other Internet comments section.

Does the article actually claim gamers are toxic and their culture often leads to the radical alt-right? I think they misconstrue gamers with fringe Internet extremist wackjobs on Twitter and any other Internet comments section.

It doesn’t really say anything. It’s a lot of words for a hot take. I say this as someone who’s normally sympathetic to the argument. Most of it is “this game exists”, “there was a big bgg thread”, “this game got canned”.

If you think the cancellation of Scramble for Africa was some big seminal industry thing, I don’t really think you pay that much attention to the industry outside a pretty small publisher.

So I guess the purpose of the authors is important. If they just wanted to make a game, and this setting was the correct one, or they have a nasty political agenda in conflict with human rights.

I don’t mind a game containing reprehensible acts or characters as long as it is a choice. I tend to avoid games where you HAVE to, say, play as the Axis.

If you think the cancellation of Scramble for Africa was some big seminal industry thing, I don’t really think you pay that much attention to the industry outside a pretty small publisher.

My wife is a complete non-gamer but saw and read the article. She thought it raised some interesting points. We are in a self-selecting echo chamber and I’m pretty sure that article was intended for a different audience. It sparked one of the more thoughtful discussions I’ve had with her about games.

Come on, we can’t use illuminated? It’s such a fancy schmalzy word!

Some might remember when Sid Meier got flack for not really dealing with slavery in Colonization. The challenge isn’t so much about representing “bad” sides in competitive games, but in creating circumstances where the gameplay logic dictates players do things that are materially beneficial in game terms but which would be reprehensible in reality. This less of an issue with sci-fi/fantasy stuff than with history-based games. No one really gets all worked up about planetary bombardment, say, or slaughtering the orcs, but when you reward players for actions that mesh much more closely with historical or contemporary reality, things can get dicey. Like the infamous airport massacre sequence in an FPS some time ago (forget the game).

It’s an interesting question, really. It also depends on the type of game, i think. First-person, super immersive action games are very different here than the cerebral strategy stuff. You can situate the decision to colonize or enslave, say, in a strategy game as an exploration of historical practice, distancing it from ethical choices more easily than you can situate the ability/choice to machinegun civilians in first person I think.

There’s a reason most WWII games do not deal with the extraordinary waste of resources resulting from the Third Reich’s pursuit of its racial agendas, with the death camps operating and the trains running full of murder victims up to the very end of the war. You’re never really given a dialog box with choices like “Spend X build points to transport 10,000 more Jews to Treblinka.” I’m pretty sure no one would want that. Things like slavery or imperialism or even collateral damage from bombings, etc. are a lot more ambiguous though, for different reasons. You can’t really simulate certain parts of history without including some of those things, yet I think there is a legitimate discomfort with in effect “monetizing” such actions within a game.

Well, slavery is central to Field of Glory Empires, really cannot be avoided as you play. There are consequences – slaves are a lot more likely to rebel than other pops. There are choices, but they are fairly realistic for the times, and citizens may object to freeing slaves, for example.

It is historically accurate, but by its nature, the player is pushed towards increased sympathy towards slavery because slavery seems like a necessity in order to survive.

The article isn’t about the alt-right or “gamer culture.” I think it’s also important to note that this is a news article about an issue, not an opinion piece that’s trying to advance a particular point of view.

At release Stellaris was by far the worst of any game I’ve ever played. Not only could you make alien species into slaves, but you probably should as it gave you a big economist boost with little downside.

Then you had several toggles of what was effectively How to Genocide sliders, such as slowly killing them off, preventing them from growing, starving them to death or just outright wiping them out.

This YouTube video shows a good portion of the communities attitude when Stellaris was young. I also imagine the evil humans were played X times more than the good humans for a long time.

Well, slavery is central to Field of Glory Empires, really cannot be avoided as you play. There are consequences – slaves are a lot more likely to rebel than other pops. There are choices, but they are fairly realistic for the times, and citizens may object to freeing slaves, for example.

I should clarify, i’m referring solely to North American chattel slavery, a far different beast than ancient slavery. No one really cares much about simulating slavery in 300 BCE in Laconia or whatever, but they do care about slavery in 1830 in South Carolina.

Are we allowed to say “extra”?

On topic, without having read the article, I’d say the answer posed by the headline is obviously yes. I’ve been exposed to some very interesting and thought provoking stuff through games (particularly the Pax games), and if a game can make something more immediate to someone and get them to consider or reconsider it in a new light (or sometimes any light), then all to the good.

Having now guilted myself into reading the article, I would say (the author quotes someone but does not specifically raise this objection himself) that the Holocaust is not a good point of comparison. If it was a relatively obscure event in the popular consciousness like Belgium’s exploitation of the Congo, then sure make that game. However, it’s one of the most universally-known symbols of evil, so there’s little educational value to be had for basing a game on it. If, however, Scramble for Africa gets people who play it to pick up King Leopold’s Ghost, then again all to the good. I disagree entirely with Cole Wehrle (yikes) that it’s a, “story everyone is already taught in high school”. That applies to the Holocaust, yes, but the Congo? No.

That applies to the Holocaust, yes, but the Congo? No.

Even the Holocaust is not universally taught, and certainly not taught always in ways that many would find adequate. Every year I ask my (college) students about what they learned in high school, particularly in regards things like American slavery, the Holocaust, etc., and I’m always amazed at the sheer variety of responses, from “we covered that a lot, with AP-level readings,” to “lol, wut?:”

I would never in my wildest dreams have imagined that people would not be taught about the Holocaust, holy shit. Maybe they just didn’t pay attention? xD