Once Upon a Time in Hollywood - Tarantino, Pitt, DiCaprio, Manson

Fascinated by this. It could be pretty amazing…or it could be an absolute trainwreck. And there’s a reasonable possibility of “Why not both?”

We’ll be getting reviews in a couple of days after it premieres at Cannes, but since it’s a couple of months out from the general release, Tarantino’s pleading for those lucky enough to see it in the south of France don’t spoil the fun for the rest of the world. Since the filmmaker has a penchant for revisionist history, what are the chances that Bruce Lee roundhouse kicks Charles Manson into oblivion?

Once Upon a Time in Hollywood (OnceInHollywood) 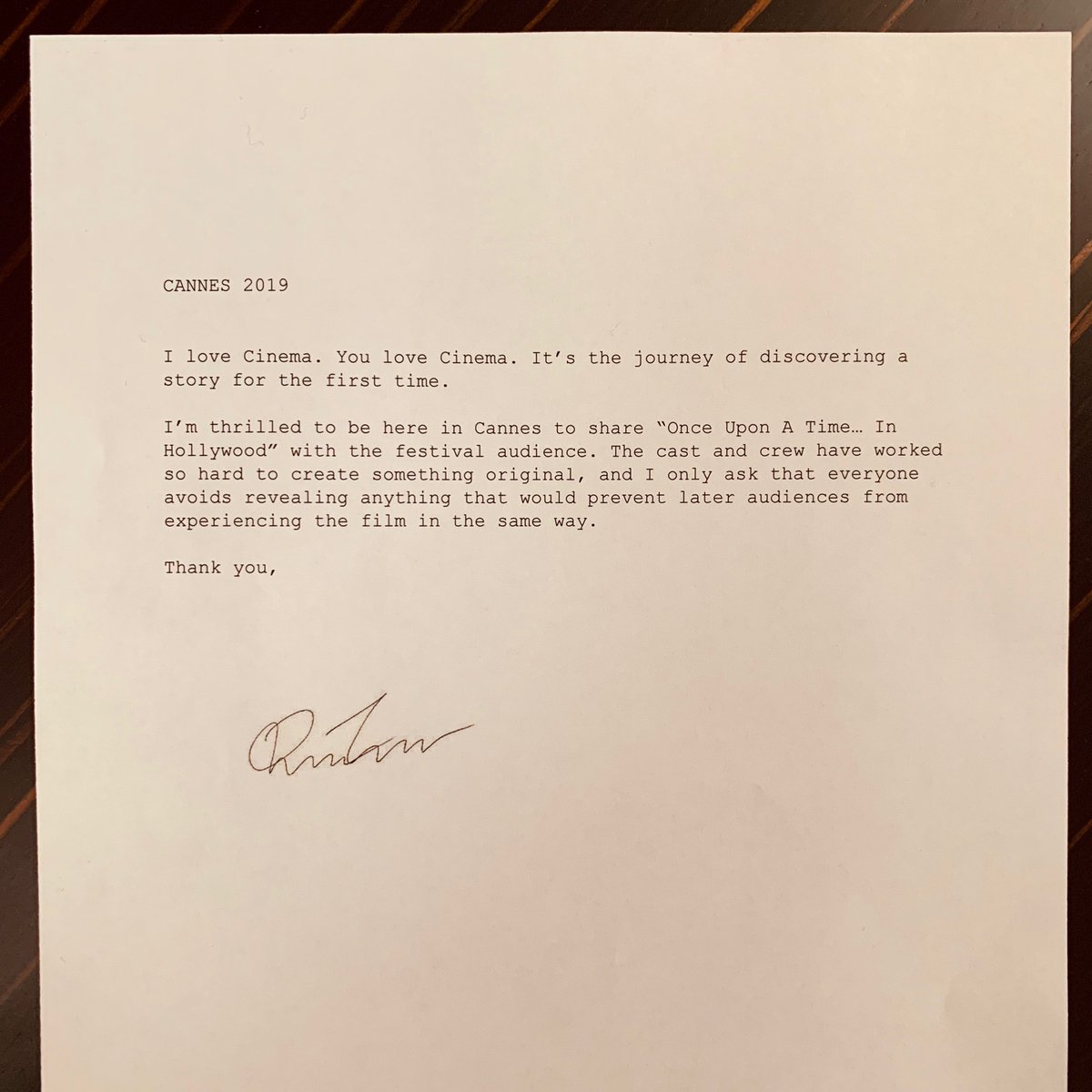 It’s worth pointing out that although it wen to to pick up the best actor award at the festival, Inglorious Bastards received a mostly negative reception a decade back when Tarantino last competed at the festival, which led to the director and the WTC (ugh) substantially re-editing the film (cut a Boston flashback with Cloris Leachman who gives Donny Donowitz his bat and cut a subplot involving Maggie Cheung as the Parisian theater owner), so there could be big changes between the premiere and the wide release. Tarantino Posts Plea Ahead of Once Upon a Time’s Cannes Premiere: No Spoilers!

I’ll say this for Tarantino. Whoever edits his trailers, really knows how to cut them. They all look unmissable, regardless of the eventual quality of the film.

The initial reaction from Cannes is extremely positive: 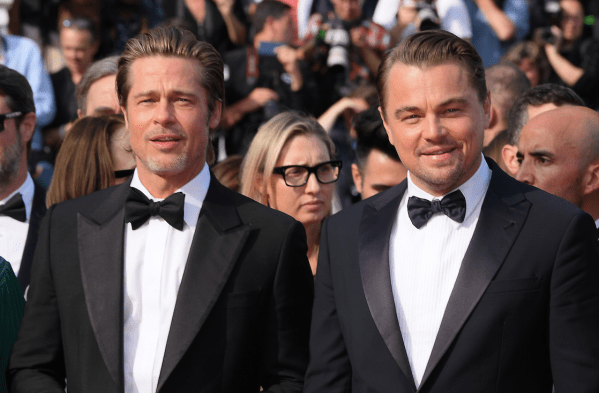 'Once Upon a Time in Hollywood' Review: Quentin Tarantino Has Made a...

In our Once Upon a Time in Hollywood review, we take a look at the latest film from Quentin Tarantino and it lives up to the hype.

A massive feature on Esquire, featuring new interviews with Tarantino, DiCaprio, and Pitt.

Three Kings: Quentin, Brad, and Leo Take You Inside 'Once Upon a Time...In...

Director Quentin Tarantino and his headlining stars, Brad Pitt and Leonardo DiCaprio, get together for their first conversation since wrapping the movie.

A massive feature on Esquire, featuring new interviews with Tarantino, DiCaprio, and Pitt.

Thank you for this!

I was extremely worried that QT would play this like Inglorious Basterds and we’d get yuk-em-up weird and crazy alt-history scenes instead of what I’d call a sort of a believable verisimilitude of the real world. And it seems like this definitely leans to the latter, thankfully.

I mean, you can tell just by reading that interview that those guys have listened to the Manson episode arc of the podcast You Must Remember This. So yeah, high hopes. 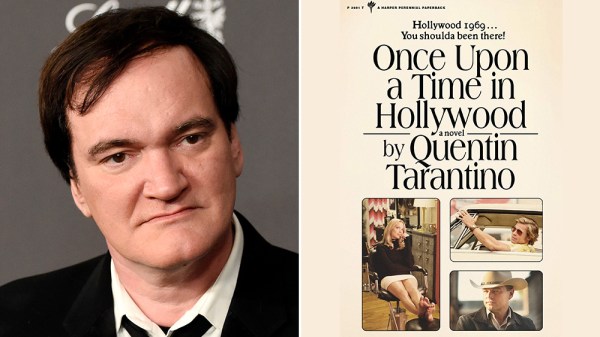 Quentin Tarantino Now Bestselling Author Too With ‘Once Upon A Time In...

Cinemas are just reopening, but two-time Oscar winner Quentin Tarantino has the No. 1-selling book on Amazon with his Once Upon a Time in Hollywood: A Novel, which just dropped today. The 400-page …

It’s not just based on his screenplay. The book remixes the timeline and apparently greatly expands a lot of the story - including answering some questions you may not have wanted answered.

So “Once Upon a Time in Hollywood: the Snyder cut”?

I just finished the book. It’s pretty good - assuming you like Tarantino’s dialog style. Most of the novel is one or more characters sitting around swapping old Hollywood stories or the narrator telling the reader those stories. (And it’s hard not to hear Kurt Russell’s voice in my head as the book’s narrator.) It’s self-indulgent as all heck, but I doubt anyone would read a book version of Once Upon a Time written by the director and not expect that.

Tarantino plays with the reader’s expectations a lot. For example the violent climax of the movie is mentioned in an almost offhand paragraph about a quarter of the way in the book. The climax of the book is Cliff coming to grips with his career and rehearsing lines with his child co-star.

Speaking of which, there’s a lot more of the cowboy show that Rick is prepping for in the movie. In fact, the fictional show sounds fantastic and I’m sad that it’s not a thing that really exists.

There’s also a lot more about Manson hanging around Hollywood’s music scene in the 60’s and the novel fleshes out Cliff a bunch.

It’s a really good book! I hope it’s not his last novel.

This is so weird.

Was watching QT on Kimmel last week promoting this book, and they go down the path of novelizations of movies. And QT mentions the 1977 gem Orca.

Which is better than it ever had any right to be, and also happens to be my first foray into grownup scary movies (kinda). I was 9 or 10, and Orca was playing at the Cinema 4 which was a three-block bike ride away. And so that summer I would gather my quarters together to go see that thing at least a dozen times at afternoon matinees.

And in fact, so obsessed was my tiny child brain with that movie, that while being dragged grocery shopping with my mom, I saw the cheesy, novelized paperback version in the book rack, and somehow convinced her to buy it for me.

And so now here’s QT on Kimmel, like 40 years later talking about how Arthur Herzog’s novelization of Orca is one of the best novelizations of a movie ever. I still have that faded, dogeared paperback somewhere. And at the time I read that stupid book a hundred times. And now…I think I might just read it again.

It was the most seen and validated I’ve felt in a while. :D 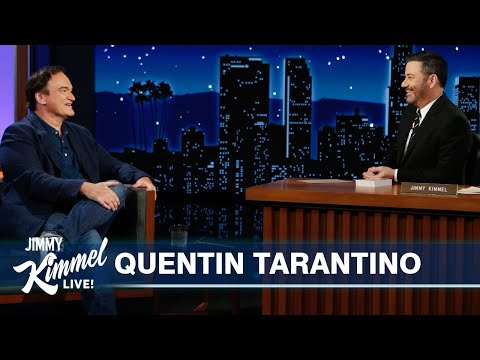 Oh man, I remember that it seemed like every single comic book from that summer of (checks notes) 1977 had an Orca ad on the back cover. I was a little too young to see the film back then. I always assumed this film was a Jaws knockoff but hey, Richard Harris(!).

I’m kinda surprised that many in the crowd caught the Saturday Night Fever reference.

Oh man, I remember that it seemed like every single comic book from that summer of (checks notes) 1977 had an Orca ad on the back cover. I was a little too young to see the film back then. I always assumed this film was a Jaws knockoff but hey, Richard Harris(!).

And Charlotte Rampling! And Will Sampson! And Robert Carradine…and Bo Derek in her first major movie role, I think. And its one of the dozens of movies of that era where Robert Towne was brought in to do (in this case extensive) uncredited script doctoring to get this thing to even be remotely watch-able.

Oh jeeze, you guys are gonna make me rewatch Orca, aren’t you?

Orca is pretty amazing. I don’t know if I’d call it good, but it does go all-in on the concept of a pissed off killer whale hunting its human nemesis. That showdown at the end is nuts.

This thread reminded me that I somehow had never watched Once Upon a Time in Hollywood so I rectified that last night. Man, what a great flick and the tension builds at such a leisurely no-hurry pace. Overall it’s just a love letter to cinema made by a cinema nerd who knows how to make great cinema.

This film would be a great capstone to QT’s portfolio, but I think he’s said previously he would make ten films, so perhaps one more to go (at least).

I rewatched this over the weekend, and honestly, I think it might be my favorite film of the 2010s. I just absolutely adore it.