Only Murders in the Building -- Steve Martin is back, on Hulu!

Hulu just dropped the first three episodes of something called “Only Murders in the Building”. It’s a comedy with Steve Martin, Martin Short, and… Selena Gomez.

I just watched the first episode. It’s quite good. It’s so wonderful to see Steve Martin again. I thought he had retired from acting to focus on his bluegrass band!

Martin Short is good too, he doesn’t do his totally-over-the-top thing. He’s pretty restrained, but his character allows him to let it out a little. Even Selena Gomez is good! Must be weird for her to be working with all these old dudes, but she holds her own.

Weirdly, I especially liked the music (I don’t usually notice music very much). Some weird violin thing that reminds me of Libertango.

Anyway, it’s Steve Martin, so check it out.

Loved it! We watched all three available episodes tonight and enjoyed it immensely. It’s like a Ted Lasso Murder Mystery with old farts instead of a Midwest college coach.

Oh my, time to actually use my Hulu sub!

I watched the first episode and thought it was good, but not great. I’ll give the other two a try and see if they change my mind.

OK, it’s going to be tough for me to ignore Steve Martin Short so I’m not going to even try.

Their Netflix special last year was so good. They were also great together on The Late Show with Colbert recently. I’m going to have to watch this.

Watched the first episode, and liked it quite a bit. It’s nothing more than what it looks like: a vehicle for Martin and Martin to be amusing and have all their showbiz friends come on and do small parts…but it turns out that’s exactly what I was looking for at the moment.

It’s nothing more than what it looks like: a vehicle for Martin and Martin to be amusing and have all their showbiz friends come on and do small parts

For sure this. I would say that the 3rd episode was the funniest, and I’m wondering if that’s them hitting their stride with the material. 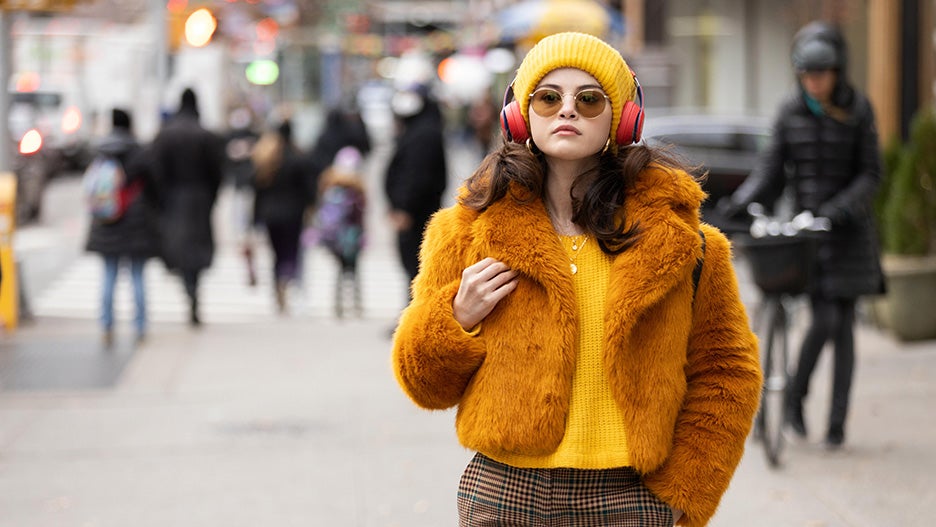 'Only Murders in the Building' Is the Most-Watched Comedy Premiere in Hulu...

We watched the first two episodes today (and are currently on the 3rd right now). We really like it. Selena Gomez is exceeding my expectations as an actress.

For those of us in Canadiana, this is available on Disney+. I am really enjoying it!

Selena Gomez is exceeding my expectations as an actress.

I’m not enamoured with her performance, but she’s doing fine. I’m really just there for the Martins though.

I think the show suffers from its release format. Weekly releases for a 25 min episodic means that just when we are building momentum, the episode ends.

That said, I continue to enjoy it. I just wish I had more of it.

I really hate the weekly release format as well. Especially with a “mystery.” Just when you’ve caught up on all the threads from the previous episode, the current episode ends.

I think I know why Hulu does this, but it’s not like this show is going to generate week-to-week buzz. It’s not Game of Thrones.

I’m a grown-up. Give me all the episodes and let me decide how to watch them.

Oh, I also saw yesterday that it’s been renewed for a second season.

Fortunately (?) for us, we tend to watch a bunch of episodes and then forget about a show. Then when we remember it, a bunch more episodes have dropped!

Of course you could do what a lot of people do with respect to book series - don’t start the thing until it’s complete. That would require a bit of self-control though, and not everybody has that (not pointing any fingers, just stating an opinion).

It’s not polite to make rational points while I’m busy grumbling about something stupid like not being able to watch a television show when I want to. ;)

stoopid episodic tv. Stop doing that!! Give me all my episodes now.

stoopid episodic tv. Stop doing that!! Give me all my episodes now.

Now you’ve got it!

Between this, Reservation Dogs, What If, and Lego Masters, we usually have something to watch (yes, I know Lego Masters just ended, but we’re like 7 episodes behind, so no spoilers!).

And three of those are on Hulu. So that subscription is finally paying off.

And three of those are on Hulu. So that subscription is finally paying off.

HULU is definitely dominating my time lately with Y, The Last Man, What We Do in the Shadows, Only Murders, Brooklyn 9-9, The Great North, and Archer.