This is weird… when did this game actually come out? Because that trailer in the first post in this thread suggests a release of 12/2/19.

Is that a European date scheme, so it came it in February? Or did it come out earlier on steam, and in December on Xbox/PS4?

It doesn’t look like it’s on the switch, which is sad because it seems like it might actually work very well on the switch with it’s dated graphics.

Thats the normal date scheme for everyone in the world except USA i think :p

Yeah, it came out in March or something for all platforms. It’s pretty fun, but really really janky. If you can get it got cheap and you have any interest, definitely check it out.

I traveled around the world, ignoring main quest, and when I returned to my hometown it was destroyed. I guess you are not the hero in Outward, but some random person living in a fantasy world

I guess you are not the hero in Outward, but some random person living in a fantasy world

Yes, and that’s what makes it neat. Though, at least the storyline I did follow (there are three exclusive/distinct storylines), you do get wrapped up in world-shaping events. You aren’t the Savior or Prophecied One or anything, but big things happen around/involve you

We got owned by some electric shrimp and ended up pretty far across the map running from bandits and chickens (who stopped to fight each other). Camped out and logged off.

Decided to grab it, but I’m not sure when I will have time to play it.

Damn it, we gathered 150 coins, but too much time had passed I guess, and they won’t give me my house back. Burn this crappy town to the ground!

Damn it, we gathered 150 coins, but too much time had passed I guess, and they won’t give me my house back. Burn this crappy town to the ground!

The bad news is winter is cold. 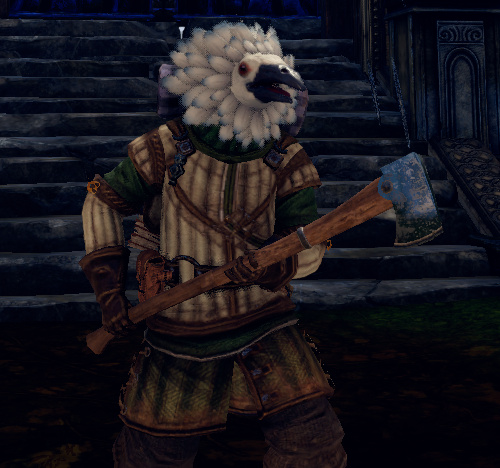 Me! I hope this is what Elden Ring strives to be with a bigger budget!

Yes, I did. I am in the camp that consider it a “flawed gem”, and look forward to the same team or others continuing these concepts in the future. It’s a true “Old School Revival” OSR RPG.

I convinced my buddy to pick it up on the strength of its resemblance to Asheron’s Call (jank included).

I picked this up based on recommendations and having a nightmare with it. Main menu refusing to show so I can’t even start a game. Can’t find any fixes online so I’ve decided to refund. Shame 'cause I love some old school RPG.

[Update]
It was the EPIC Game Launcher that was causing the problem! If you don’t run the game through their launcher it still runs but doesn’t display the main menu. Strange form of protection, but at least I can finally give this a try.
[/Update]

Sometimes I hate y’all with the way you can make a game sound so appealing and enjoyable. Because sometimes its a lie. This was one of those times :-(

“Asheron’s Call (jank included)” vastly undersells the issues - I say that as someone who adore(s/d) AC1. The combat is so so so janky bad. And hideous character models.

Oh no! If only your post had been 3 hours earlier, when I finally succumbed and bought the game as well.

Damn, well I’m having a good time. I might be having a good deal less of one, though, if I wasn’t playing it co-op with my favorite games partner.

Yeah it’s Piranha games level jank. Not a pretty game. But the systems and the philosophy are interesting and I hope they are expanded upon in other (better) games. It’s not a mass market title with wide appeal. I enjoyed my time with it. :-)

Maybe your tastes are dissimilar enough to mine. And you can always get a refund it if you end up not liking it!