I would like to release a game called The Outer Outward Wild Worlds, just to make all gamers’ brains hemorrhage.

DLC announced! I’m getting back into this after buying it for my brother on sale to play co-op with me. It was fun the first time, but goofing off with a friend is sweet. 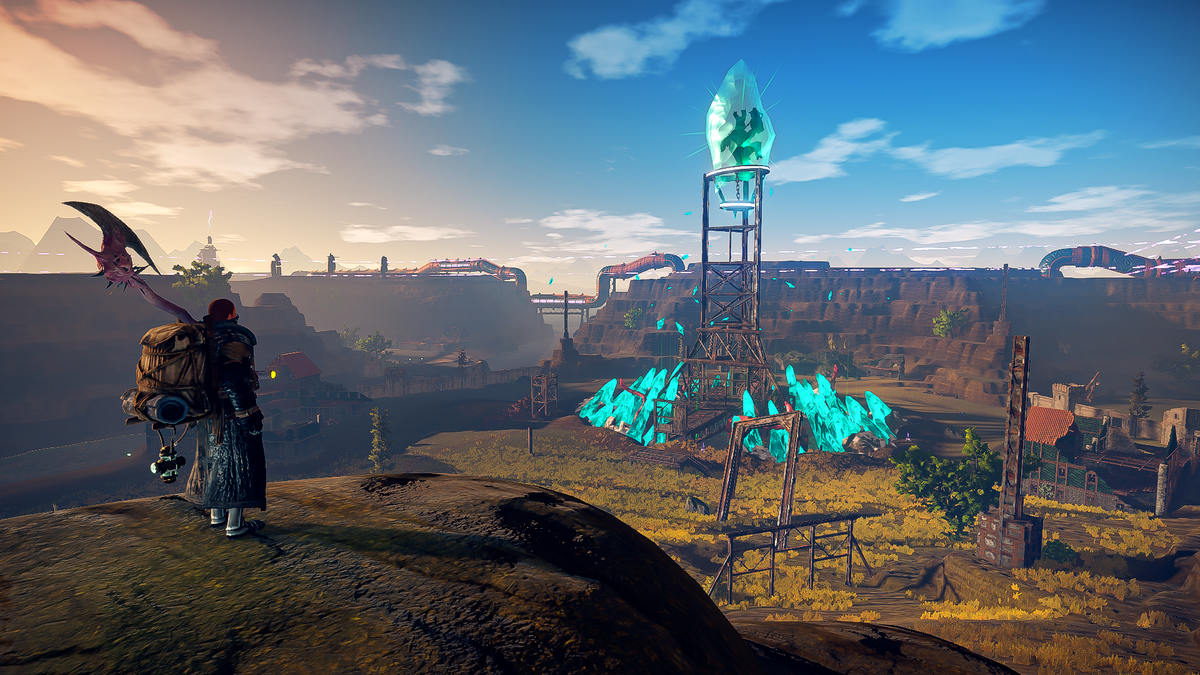 Survival RPG Outward has a DLC coming called The Soroboreans

Fantastic. But will it add another region? I didn’t see that in the article or any others so far. I sure hope so.

I hope so, too, but I haven’t seen any mention of one, either.

Pah. This game cries out for a base/home building thing.

Apparently, there will be another region! A developer mentioned this on their Discord:

Hi @everyone! The new DLC has finally been officially announced! Some of you already had guessed it right, it’s taking place around a fourth faction, the Soroboreans! We’ve got new features coming like the enchantment system, the corruption, a new region, a new questline and much more :) We hope to keep you busy for a while with this update and it won’t take too long before it’s out, hopefully ;)

It’s good :) It’s an open world game with quests, cool exploration and dark souls-lite combat. It’s not the second coming of The Witcher III, but there’s quite a bit of fun to be had.

Someone upthread compared it to Asheron’s Call, including the jank and the graphics. It’s a pretty apt comparison. I played for about an hour before giving up on it. I just can’t play something that looks and plays like that in 2020, but others can.

Outward feels like a super modded 2010 RPG that added in things like a survival system and nicer graphics. But it’s all in the base game so you don’t have to spend hours dealing with mod conflicts.

Is this a single player game or MMO?

It’s not an MMO. It is mostly a single-player game, but can be played co-op, both online and split-screen (yes, even on PC).

It’s a weird thing. There aren’t a lot of quests, main- or side-, and even those that are there sometimes have timers on them- sometimes delays that force you to go find stuff to do out in the world (“come back in 3 days and I might have something for you”), sometimes limits, that they may or may not tell you about (“finish this in a month”). So you have to be willing to play in the sandbox- if you’re looking for something to hold your hand, this isn’t it.

There’s also no leveling. No XP. You get ‘better’ strictly through getting better equipment and getting money which lets you buy skills from trainers. There’s a limit on those, though- you can get a bunch of low-level skills from every trainer without restriction- you can buy every one in the game if you wanted. Every trainer also has high-level skills, though, too, and you can only unlock those from 3 different trainers. So you kind of build a ‘class’ as the game goes on.

It’s janky as hell. Not buggy, really, but just not super high-budget (I think it was made by a team of 9 people or something). It’s got some interesting systems. If you’re interested, and can buy it for cheap, I recommend it.

Sore beans? That does not sound appealing.

Don’t worry Don --I will grab with soon enough and spend 100 hours on it. I am kidding.

I thought it was fantastic - I got it on sale on PC and then bought it on console the same week as I knew I’d be spending a bit of time on the couch with it.

‘Janky’ is not really the word - as Don_Quixote mentions, it’s perfectly functional, just a bit … archaic.

It is very much a ‘set your goal and work slowly towards that’-type game. I myself spent so much time getting prepared, that I did very little of the main quest in the end.

I’d recommend it highly - I’m not a regular poster so that recommendation means very little, but at the very least it’s unlike anything else.

Haha, it was my fault. I saw you’d replied to me, but didn’t actually look to see what post you’d replied to, and assumed it was the one immediately above. I reread it like eight times, hit cntrl-f, couldn’t figure out what the heck you were talking about. Then after I responded, I actually clicked the little arrow. Oh, it was the post from a month ago. Heh.

Yeah I’ve been looking to grab this on a good sale. Pedro I appreciate your comments too. I really do plan on grabbing this soon. I think I know what I am getting into with it. Seems like a lotta fun.

It is very much a ‘set your goal and work slowly towards that’-type game. I myself spent so much time getting prepared, that I did very little of the main quest in the end.

Reminds me of No Man’s Sky. At least, this is how I play NMS so maybe Outward will work for me too. Only $15 right now so worth a shot

@SlainteMhath listed this game in the bargain thread. I like the concept of survival RPG. Consensus here seems mixed. How’s the replay value and is there a better type of game than this? The description makes it seem like it’s game that has you hunting/crafting/eating while gaining new skills to become successful. That sounds interesting.

Finally if not this is there a better version of this game recommended? Thanks.