And that OW1 purchase and progress is now dead forever as it’s totally replaced by OW2 now. Unless you give your mobile and permission to be recorded you can never play any OW again. …Because of cheaters and toxicity?!

I can’t say I didn’t get my 30$ worth out of OW, and they were never going to make a cent off of me in OW2, so probably for the best both directions.

I’m able to link accounts, but I don’t see any specific thing about doing a merge.

On the PS4, in game, there’s a button that says account merge, but it doesn’t do anything… also, in OV2 on the PS4, I don’t have access to anything anyway, and it’s all in a starter state. And OV1 doesn’t even exist in the store anymore for download.

Like, I think that everything is already merged, in that both consoles are seemingly linked to my battlenet account, but neither of them has any progress from OV1.

By the fact there is a hovering alert on the left side of my PC OW2 client that I am in the “account merge queue”, I am thinking it is not an automatic or instantaneous process. Given the server situation, it may not be a priority. How that works with any progress on different account since yesterday? I don’t know. I’ll tinker with PC only (my primary and only used account up to now) until the dust settles a bit. 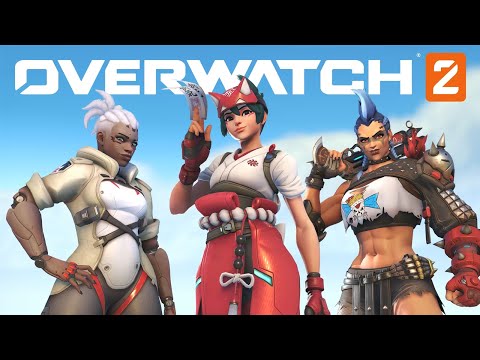 “It’s a battle royale where you try to keep Overwatch 2 on longer than any other player.”

I got in and played a few matches this morning on my PS5 and I’m shocked by how sluggish it felt. It has been a while since I played OW1 on the same machine, but even with the performance options set to prioritize framerate it does not feel as smooth and the dynamic resolution drops were noticeable. I didn’t expect render performance to be my issue with this game at launch. Maybe it is just an issue with the PS5 build and PS4 might be better? Or maybe weird network issues are causing the slowdown?

I still can’t get in.

Go to the Asian region from the Battle.net main menu and it should be much easier.

Overwatch 2's Phone Requirement: 'It's Like Being Punished For Being Poor'

Blizzard's FPS should be free-to-play, but it keeps propping up barriers to entry

Every single Overwatch 2 player, including those who had previously purchased Overwatch , need to provide a phone number that fits certain requirements in order to start the game. As part of those requirements, numbers can’t be attached to a prepaid phone plan, landline, or use VOIP.

Prepaid phone plans like Cricket and Mint Mobile allow people to pay the cost of their usage up front. Though unfairly maligned as Breaking Bad -type “burner phones,” prepaid phones are easier to incorporate into low-income budgets, with monthly cost usually between $15 and $50. Some companies like AT&T even advertise prepaid services directly to low-income customers.

“I am ashamed of having a prepaid phone,” one Reddit user, who posted in r/Overwatch and received one thousand upvotes in less than 24 hours, said. “Never thought I would be disqualified from playing Overwatch based on my ability to afford a phone contract, but here we are…Blizzard is the first company to make me feel too poor to play a game.”

“Cannot believe Blizzard is denying people with prepaid phone plans access to Overwatch 2 ,” one Twitter user wrote. “Why does it matter how I pay my phone bill?? 6 years of my life, all the time, money, and progress down the drain.”

Haha, really? That solves that problem for me. I use a Prepaid phone plan when I discovered it randomly as a $25/month, 8gb, unlimited AT&T branded account. To change it would probably cost $40-60 a month more for basically the same service.

Phone numbers are rapidly turning into two-factor default IDs. Changing your phone number is increasingly difficult as more and more companies use your phone number for login verification. In fact this prepaid plan is linked to a cancelled credit card number that I lost and had to reissue, which makes it impossible for me to sign up for online billing or even pay for it every year. Linking your phone number to a Blizzard account is just as likely to get your account lost if/when you ever change numbers.

Post about overall launch status stuff, but they are dropping the phone requirement for existing players. I guess all-new accounts/players will need to provide a phone # still. 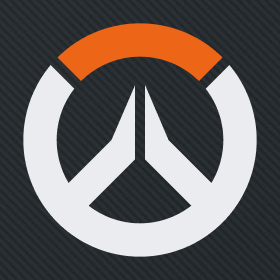 Hello, heroes. Yesterday was an exciting day for the Overwatch team—a day that we know you have been looking forward to for a long time. While millions of people have been enjoying the game, the launch has not met your, or our, expectations. First,...

Man, WotLK classic has that queue game too! Blizzard is good at making that type of game.

They didn’t invent the genre, but they certainly put out the most polished version!

Seriously, this is a game which was in production, being played by people on Monday.

And now its a total shitshow.

WTF Blizzard? This isn’t even a new freaking game. It’s literally a patch.

WTF Blizzard? This isn’t even a new freaking game. It’s literally a patch.

This is where I’m at with this. I haven’t played OW in well over a year (maybe 2). I really liked and stopped playing mostly because there were other games I wanted to spend time on. I managed to get into a couple of games of OW2 and I’m not seeing anything new or interesting. Even the intro movie is exactly the same. Very underwhelming.

Because they shed a massive amount of talent in the past couple years?