Thanks for the tips!

BTW, it was one of my biggest source of frustration is that game is so sandbox, that I never was really sure what to do for at least my first 1/2 dozen serious attempt to play the game. I often was so far down a bad path, (like running out of algae) before switching to alternative oxygen sources, that ended up starting over.

I think the next DLC helps with this a lot, with a better system for monitoring various resource shortages and upcoming problems via a new UI dashboard. I think that will be part of the base game, once the DLC is released.

I think the next DLC helps with this a lot, with a better system for monitoring various resource shortages and upcoming problems via a new UI dashboard. I think that will be part of the base game, once the DLC is released.

What more can you say about the DLC, any idea when it will be released?

It’s available in early access as of December, I think they describe it as a 1 year EA period. Edit: ~3-6 months of EA planned.

And just to comment on it - I tried the DLC in December and was very encouraged by what is there already, but there are enough features still yet to be added, and some already in that are being tweaked a lot, that I prefer to let it full bake before investing another 500 hours in the game. Will be playing some other titles that are fully done until then.

The Expansion EA is still in really early stages. According to developer posts the majority of work they are doing is still focused on the technical foundations to accommodate all the gameplay and quality of life additions.
Only the very start of the rocketry is available and radiation (which apparently is planned to have quite a few uses) is not yet in a usable state.

Besides new plants and critters the most important addition is the complete overhaul of rockets, space travel and multiple distinct colonies on different asteroids.
You actually build rocket interiors with base buildings, including energy and oxygen production. The first rockets also come much earlier in the tech tree and colony progression.

Currently there are two starting asteroids available. (New) Swamp and a start similar to old vanilla.
In the swamp one-of food is more abundant making the start easier. Farming is slightly harder, mostly because your starting crop has a very short shelf life so you can’t easily overproduce and stockpile. I would recommend not going over 4 dupes until you are sure your production can keep up.
Also, electric slugs. 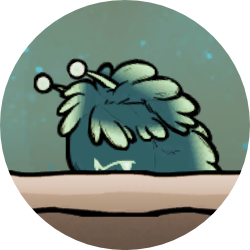 I do really like the new swamp start. Even in these early versions the separated resources on smaller asteroids are very noticeable and I do enjoy the game being limited in that way. You no longer are only two minutes if digging away from almost all resources. All asteroids have their own limited but flavourful niches for energy, oxygen, food and critters as well as one or two of the resources for higher tier production.

The one thing somewhat distracting is that the “pacing” and balancing for the new systems is pretty rough still. The first rockets work but they don’t really have a good purpose. It’s much easier to research the complete tree than it is to establish a second colony and transport network via the early rockets right now.

Is it really a DLC, or a ‘new’ game? I though I had read that it so fundamentally changed things that it essentially was its own thing.

Er… I guess what I’m asking is, EA status aside, is this something you’d use ‘from the start’ or is it only something you add after you’ve exhausted the base/vanilla game?

But it is also one I would use ‘from the start’ as it significantly changes the start. Worldgen is completely different (not just additions). And the tech tree also is reworked.

So it is a DLC that changes aspects at all game stages, not a DLC that is a content expansion that expands the end game further with only additional end game content.

Thanks both for the clarification. I bet I read something about it not just being end-game expansion, and confused that with somehow making it a ‘new’ game rather than various improvements over vanilla.

Klei tends to provide pretty significant expansions and ongoing support after the official release, so I can see how some may think they qualify as more than just a DLC. That’s just how Klei does it - great developer.

The feeling when you look back at your brand new petroleum boiler that has been running well and see the faint purple tinge of sour gas, including a leak down into the hollow diamond spike which is at 1600 degrees C.

Got it all out, but there is now a pool of liquid iron and gold in the bottom of the spike and I’m just leaving it there :)

The DLC “spaced out” launched this month. Right on schedule (pretty impressive engineering).

ONI, is not on my list of games to revisit, but the DLC may change my mind.

Anyone been playing it?

Their animated shorts are really clever and fun. 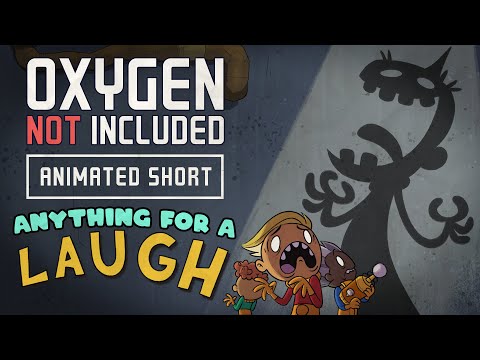 I found out that my old game was not cloud saved (guess it wasn’t supported when I played), and that was ~400 hours, so I’m waiting until I completely forget everything before going for it again.

I’ve bought the DLC now it’s out of early access and at some point I will get back into multilayer pipeline management and bizzarre heat physics simulator.

Thanks I got and Immediately got hooked even though I’m only at cycle 18.

I’ve gone generally around cycle 20-30 after I have a natural gas geyser hooked up.

The problem is that the swamp biome is filled with mud, and not much else. In particular, I have no idea what should do for power there. I’m stuck using manual generators. I’m a long way from getting Exo suits, which will allow me to hook up the oil.

Perhaps sludge pressing the mud for clean water which you can feed into electrolysers to skim hydrogen for generators would work, but sludge presses are not a setup I’ve had to use myself (so far).

Electrolysers are always worth doing if you can afford the water as they take care of both energy and oxygen generation.