Anyone tried it yet?

It’s on my wishlist.

It’s on my wishlist.


For those unaware, it’s currently available on EGS: 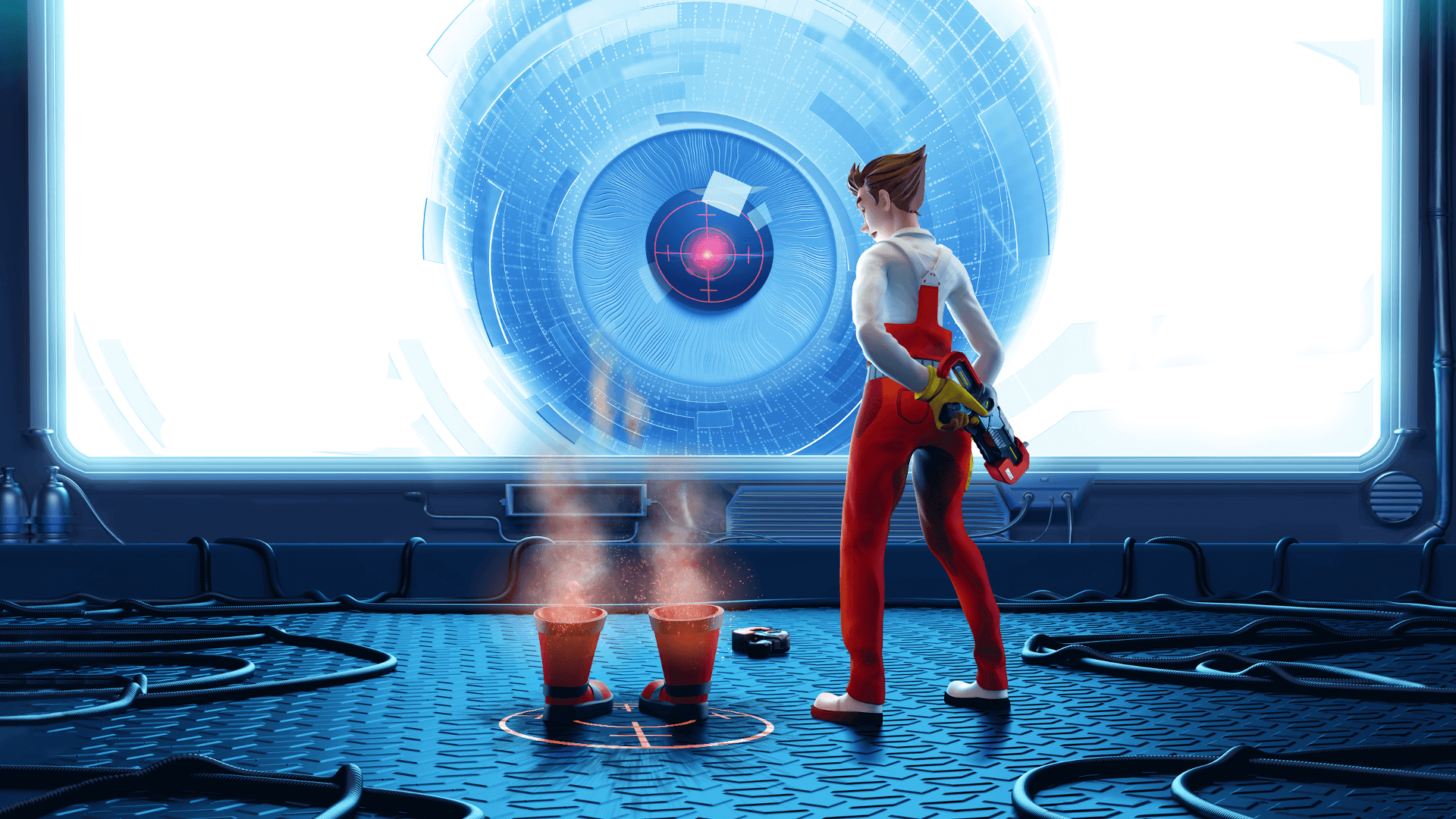 Lead a team of four Troubleshooters of dubious loyalty, who obey orders from Friend Computer, a paranoid and irrational artificial intelligence. Inspired by the classic games of the CRPG genre, experience the first adaptation of the cult role-playing...

Oh man, a game of backstabbing and betrayal and accusing people of being disloyal.

Just like the current Administration! Loved me some Paranoia RPG. Don’t see how that would translate to a single player game, but whatevs.

Definitely planning to play this one, but waiting on a sale due to my insane backlog.

The Computer encourages all citizens to make this mandatory purchase

One thing I noticed in the trailer is that around 0:58 you can see character #1 repeatedly shooting character #3 in the back. I wonder if that’s just having friendly fire on or if there’s some concept of only “owning” one PC and trying to kill your party characters with plausible deniability, which was a not unusual occurrence in the original game.

In the Paranoia-verse, the party members turning on other party members is as common as swearing undying loyalty to the Computer.

Paranoia is a dystopian science-fiction tabletop role-playing game originally designed and written by Greg Costikyan, Dan Gelber, and Eric Goldberg, and first published in 1984 by West End Games. Since 2004 the game has been published under license by Mongoose Publishing. The game won the Origins Award for Best Roleplaying Rules of 1984 and was inducted into the Origins Awards Hall of Fame in 2007. Paranoia is notable among tabletop games for being more competitive than co-operative, with p The...

Ha ha that cover looks like a modern day office. Minus the battle armor. Sometimes.

For those unaware, it’s currently available on EGS:

Well, shit. I wish I’d known. I wouldn’t have just bought Jurassic Park Evolution, since this is more my speed. I may just have to get a refund and get this instead.

The RPG was all about tricking your team mates into doing something treasonous so you can execute them, or doing something treasonous and getting away with it and tricksy word play and fast talking your way out of endless catch-22 situations doesnt translate well to single player. Just looking at the old editions on The Trove and the humour and setting ought to work well so perhaps they can work from that.

I agree. This will just be a shooter in the ‘verse.

I just started watching Splattercat’s gameplay video. I don’t think this has been mentioned, but one of the two credited development houses is Cyanide. Fair warning.

The setting is right. The conversations with Friend Computer happen as you’d imagine - traps to self-incriminate. I managed to hit 41% treason the first mission, and I wasn’t even trying to join any [REDACTED] or use my [REDACTED] powers. I would say more but it would be a spoiler.

The engine plays like the shadowrun conversations, and combat is a pausable simple arpg type. move to spots, shoot things till they die. It is primitive but serviceable.

Reviews I’ve seen haven’t been too great, unfortunately. Let us know if it is better than they say, @wisefool.

Short answer, yes. I went to read three reviews after you mentioned them.

If you can put up with a basic engine (similar to shadowrun remake), and you are a fan of paranoia like most in this thread seem to be, you will find an adventure you can enjoy. I recommended it to my old d&d buddy.

Whoever wrote the adventures is a paranoia fan. It’s hard to say what is fun without spoiling the fun when you play. My first adventure I managed to rack up 44% treason from silly infractions. I discovered confession booths, where you can argue with Friend Computer and reduce your treason points. I ended up arguing myself into more treason points while agonizing over the choices, which is highly realistic. I quickly learned the other troubleshooters are not me - I can control them during combat and mess with their inventory and all that, but they can and will report your ass for treacherous behavior in order to save their own bacon. I also approve of this.

I had a few [redacted] ask me to join. Some I decided to report as commie mutant traitors. Some I joined which trigger bonus goals during the mission which is also the same as the pen and paper.

One minor change is the troubleshooters do not have a dayjob in INTSEC, R&D, CPU, etc. The various departments are introduced during missions.

Thanks for breaking that down. It does sound like fun!

This has been quietly pulled from sale.

Paranoia: Happiness Is Mandatory has been secretly pulled from sale

After launching on December 10th, Paranoia: Happiness Is Mandatory has, at some point in the past few weeks, been pulled from sale without warning or explanation. Based on the tabletop role ’em up Paranoia, the dystopian RPG launched as an Epic Games...

Clearly the work of commie traitors!

Thanks for reminding me why I stopped reading RPS

What a unique game. We had party wipes before we finished equipping ourselves. Hard to bring that to a computer dialogue.