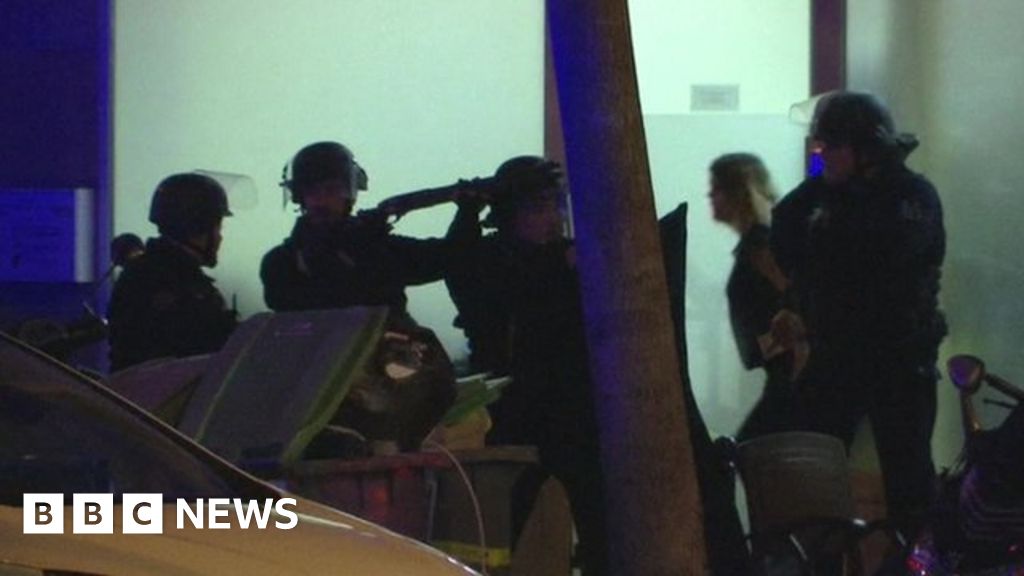 France declares a national state of emergency after at least 128 people are killed and more than 180 wounded in gun and bomb attacks in Paris.

26 dead so far. Hostage situation a theater. This is really horrible.

Any idea who is doing this?

No idea, but witnesses said some of the hostage takers did mention “Syria”.

Paris attacks: as they happened

Live coverage as dozens of people are killed in multiple attacks around Paris and France declares a state of emergency, closing its borders.

Any idea who is doing this?

Of course ISIS has claimed credit for it.

A bomb outside the France-Germany soccer game and hostages at the concert site.

I posted this thread here b/c I imagined it would go political. Good info in another thread though in the Everything Else section. Maybe merge them? So sad and angering.

Sixty dead and climbing, according to French TV via CNN. Multiple locations, including shootings and suicide bombings. The video from the soccer game between France and Germany is chilling, in that you can clearly hear a huge explosion during the match, caught on video. What’s more frightening is the hostage situation at the theater. Given that these types of attackers–assuming again it’s ISIS or related–are usually suicide types, “hostages” in the usual sense of the term seems unlikely.

Speculation so far includes returnees, people who went to the Middle East to fight for ISIS and returned, but there is no real info. That’s something that people have been concerned about though. It’s certainly a black eye for French (and western in general) intelligence and counter-terrorism that so many could be so heavily armed and do so much without being detected beforehand. Not that there’s any real way to stop this stuff I guess. It’s even tough to talk about going to the source of the problem. Unlike the IRA, the PLO, and various anti-colonial groups over the years, these attackers don’t have a discernible, specific goal. It’s all about a war to the death with “others,” anyone not like them. I don’t think there is a single thing people who are not ISIS could do that would satisfy these people, short of recognizing the entire Middle East as their sovereign preserve I guess.

I see twitter reports of heavy police presence in Paris prior to the attacks, so perhaps the authorities did know something was going to happen.

WTF!? I hope they catch the assholes that did this and hang them from lampposts. And don’t let them drop.

My wife and I were at a hotel five blocks away from the Bataclan (that theater with the hostage crisis) just two days ago. Very relieved this didn’t happen then, but sickened at the reports from these very familiar places.

Dj, are you still in Paris? If so, are you alright?

I really debated posting that but Twitter is aflame with similar thoughts.

What’s happening now in Paris is horrifying. Everyone regardless of their political persuasion is shocked, angered and sickened by this.

US intel is suggesting the attack has the hall mark of Al Qaeda but they are not ruling out ISIS.

Sigh, I can’t wait to see what kinds of threads certain folks around here will start in the wake of this. :(

@newtgingrich
Imagine a theater with 10 or 15 citizens with concealed carry permits. We live in an age when evil men have to be killed by good people

My god, what’s wrong with people?