Brian’s jam is space games, and mine is party based rpgs. I’ve played most of them so i thought i would create a thread just in case anyone was interested, and where those interested could ask about past titles if worth getting, and discuss hidden gems this genre (or I can talk to myself)

I also thought my posts on the indie titles ive played that are not talked about as much and whether i enjoyed them or not, and why. If you have one you want thoughts on and I havent mentioned, please tell me. ALWAYS wanting to find a hidden gem!

I really wanted to like this game, it had XCOM elements and base building but it ultimately did not resonate with me for a few reasons
No choosing skills for your team or even choosing their class so while they level up no interesting choices building them up
The base building is static, the only question is what can you afford to build and thats fairly linear
The research is also static, at least for the first 10 hours, so again no interesting choices
The only choice you really get is the tactical battles and they have tricks like high cover and reinforcements and other twists that make them more puzzles than real strategy tests. In short, not xcom just the veneer of it.
Lots of crashes to desktop, also drained my endurance for this game, after only 10 hours I gave up

and loaded it up this weekend.

It was NOT what i was expecting. It has leveling up your squad but you dont choose new stats that i see, the powers you get a based on your class which is based on the weapons you have in stock. You can have 1 power carry over to another class if you are high enough level. Otherwise thats it to leveling up your team

No map, no mini map, and not a great or compelling story, giving it a few more hours but right now, my advise so far is save your money…

To prove im not a debbie downer I did really love Arkham Horror: Mother’s Embrace or how to make compelling game that requires you make a sanity check whenever using the games GUI It has its own thread!

Well I just recently finished Mario + Rabbids Kingdom Battles, which is a delightful twist on the Xcom style. Honestly it is the game in the genre where movement felt better than any other I’ve played.

It elevates a solid if simplified take on the genre, into something so much more. In fact movement abilities are one of the keys to success, and I really dug that.

Ok lol, thats unexpected. Ill have to try it out if i can get the switch away from my significant other and her obsession with animal crossing.

I bought this game right after reading this article. 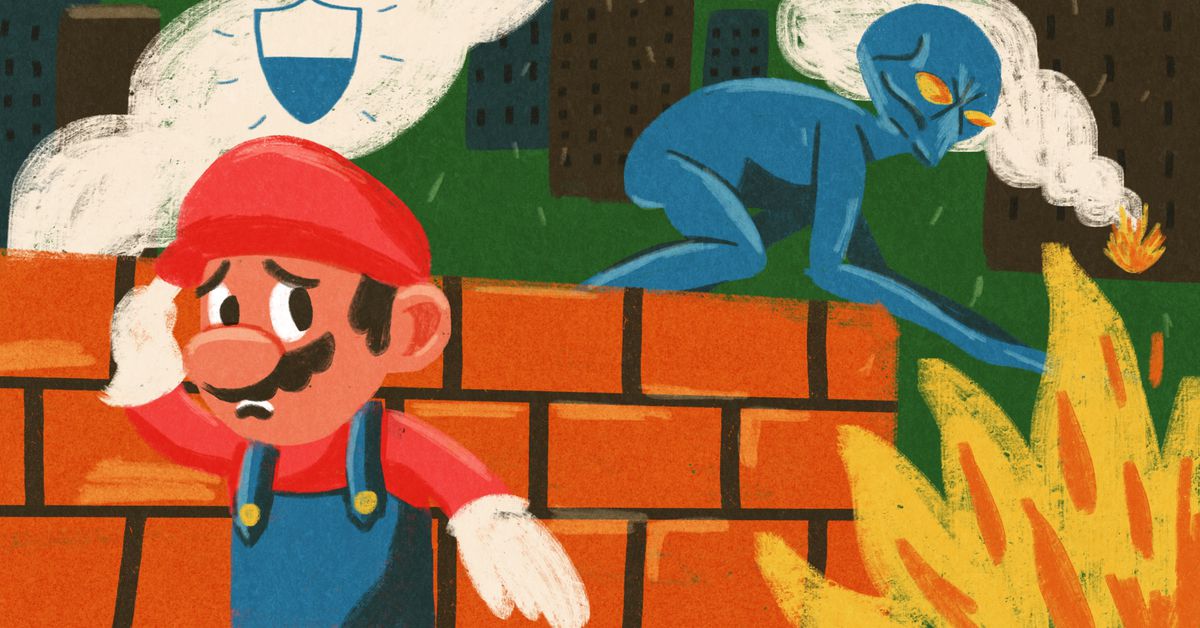 The creative director of XCOM on Mario + Rabbids Kingdom Battle

The Obligatory Party based cRPGs: (starting in 1998 with Baldur’s Gate)

Note the following omissions, while technically party-based, the focus in combat is always on controlling a single character with the rest being AI-controlled AKA pre-kickstarter / console era BioWare! (moreover a character anchored camera / lack of free camera)

You may want to look into this instead. Its still early access, but really, really well done already.

You should go back a few years and add Eye of the Beholder to that list!

Haha, I’m probably Qt3’s resident Mario + Rabbids fanboy but I rank it up there with SteamWorld Heist as one of the best XCOM-likes (and that includes the new XCOMs). Into the Breach is one of my all-time favourites as well. All three of these are simple and unique but deeply satisfying games that work beautifully on the go too (perfect on Switch).

Oh, I almost forgot! The excellent and criminally unknown Tenderfoot Tactics, which I made a post about here. It’s got a very particular design that isn’t for everyone but I loved its oddness.

I really wanted to like this one. I spent about 8 hours with it, and the puzzle aspect, verse simulation of running a squad of mechs was a turn off to me. Did it offer anything more once you got further in, or was that its core appeal?

You should go back a few years and add Eye of the Beholder to that list!

Yes! SSI had a lot of great RPGs back in the day, including Pool of Radiance, which was the game that got me hooked on PC gaming.

No no, that’s definitely the core appeal of it. Later you unlock different squads each with their own quirks and challenges to complete. It’s honestly a miracle to me how they made a game with proc. gen. levels, varied squads, gear, abilities, objectives, enemies, allies, environmental hazards, spawns, then have some kind of programming voodoo make each level a tight tactical puzzle that could always be cracked. Even if you made mistakes, it was possible to get out of incredibly tough situations with minimal collateral. I’m not sure how much of that is good design or good tactics, or both, but it was a constant joy to me. I felt like I could rely on the game to give me a crunchy, bite-sized campaign every time that didn’t feel unfair.

the maps are all handcrafted

Yeah, you’re right. They were handcrafted with some procedurally generated elements to vary things a bit. It was a good mix. The levels definitely didn’t seem the same each time I played them, but they were still recognisable. They certainly didn’t play out the same either!

The types of problematic terrain configurations was quite varied so we eventually decided that we could not rely on procedural generation of maps. Instead we opted to manually design the basic layout of each map and use procedural generation for less important aspects of maps (such as forests and sand locations) as well as elements that were unique to specific missions (such as where key structures were spawned). The result was a lot of variety of maps while avoiding problematic layouts as much as possible - however if you play enough you will likely start recognizing key features.

Devs on Into the Breach , Astroneer , and Moon Hunters chat with Gamasutra about how they've learned to best use proc-gen techniques in their games -- and what other devs looking to start should know.

Here are my list of additional mentions in this sub genre:

Let me know if you want any more info on any of them, please add if you know others that should be on this list!!! :)

The Omnissiah demands the presence of Mechanicus on this list.

“Where things are spawned,” though, for sure, I can see that being randomized to some extent. Not sure I’d dignify that with the lofty term of “procedural generation” although I guess it technically counts!

oops. I had a whole big post here and I meant that ^ to be a follow-up, and instead I just edited the whole post to be that one line. Oh well. Sorry, world, no big long post for u