Not sure on the best way to get a 5mb txt file your way. Is there something specific you tend to search for when combing through one?

Stick it on https://pastebin.com/ or upload it to the QT3 discord?

I’m not sure what to look for, either, but it should be at the very end…

How is this going to work on console?

I saw a lot of entries on strings or objects not found, so did an integrity file check and was then able to get through the Act 1 tavern fight. Which I couldn’t do before. The cool thing is they fixed letting you mount up, which was a huge win for a Gendarme with 20 STR at 5th level and lots of cleave feats.

I can’t say for sure, but I will say this summer I played Pillars of Eternity and Baldur’s Gate (1 and 2) on my Switch with a controller and it actually worked really well. In both games, you “steer” the main/top character and the rest follow in formation and when a fight starts the game pauses and you have a cursor you can use to select actions, and a pause/unpause button. Plus the AI does a lot of heavy lifting on smaller skirmishes. Navigating menus and the like wasn’t easier with a controller, but it wasn’t a big deal either.

It DID take an hour or so to get used to it but once I did I kind of wished I could play with a controller on the PC version and was surprised to find out those editions never got a patch to allow for controller play. 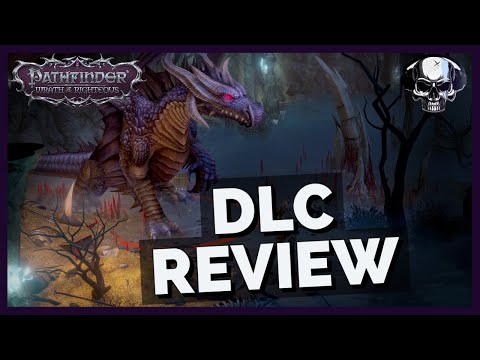 And the game is crash-a-palooza again after the 1.04 patch and DLC I bought. Can’t even create a new character before it CTD, the gamelog file showing missing strings and objects. Frustrating, I’m trying to create lawful good enlightened philosopher (oracle) aasimar named Father Aurelius or Aquinas and go angel mythic path (a first for me after 430 hours), but can’t even get through creating him.

I haven’t had any crash problems, but at 1.4 launch characters were holding their weapons backwards. It was pretty funny.

This sounds like a validate your Files and type situation?

Oh, trust me, I did. I got it stable enough to let me create Father Aurelius and get him into Act 1’s various quests.

I’m not sure what it is about the cleric spell line, but I find it somewhat boring. So despite a few hours with Father Aurelius as a oracle I’m now debating starting over with a neutral good shaman and giving that a try. More spells, hexes, and something like the shadow shaman seems like it might be a decent melee build too if spec’d right.

So for the resident WotR experts here at Qt3, for a good-aligned angel mythic path build, do you suggest oracle or shaman?

I did a shadow shaman angel run and it was great. OPAF. Shaman are very strong for a full caster.

Spent about five hours with my shadow shaman and punted to a straight-up pally for my angel mythic run. Just wish the game would stop crashing so damn much.

Think I’ll go divine bond or a mount, keep those level 7-20 feats free from all the mounted combat stuff, and probably higher dmg output from the pally itself. Weird how with 430+ hours into this game I’ve yet to go angel or demon paths.

I wish I could help you with your crashing. The game has been very stable for me. Maybe try a complete re-install?

Be aware that mounted aggro is broken in TBM. Enemies will run right by your tank if they’re mounted. This is not an issue in RTwP. (It will depend on your party makeup and difficulty whether or not this is an issue for you.)

Meanwhile I’ve been banging my head on my unfair run. I’m second guessing my build. I went Kitsune for Pounce, but I’m thinking an extra +2AB from almost any race that doesn’t take a STR penalty would be pretty sweet about now. I’m 20 hours in, halfway through Lost Chapel. I really don’t want to do those Vescavors again on unfair.

Plus, unfair is just not fun. It forces you to play with classes and characters you may not want to just to optimize every single roll of the die. Large zones like Marketplace, Lost Chapel, and Drezen take forever to reload, and you will do that a lot.

And the broken aggro I mentioned above just makes everything so much worse. Part of me says I should wait for them to fix it, but a bigger part of me thinks that they never will.

Isnt the enhanced edition, coming out later this month? Pretty sure we get to upgrade to it for free if you already own the game. I’m holding off on playing thru again until then.

It is! September 29th. I’m not holding my breath on that date, however.

Not a single crash tonight, got my pally into act 2, bought the Dragon Fang +3 longsword with elemental barrage for a nice dmg boost at level 6. She’s on foot, I tend to enlarge her so her threat range is embiggened since I took power attack and cleave at the earlier levels.