Are they picking up any of the traits or other options that the mods brought along?

it really exacerbated PF’s already-substantial problem where it’s very possible to build perfectly great RP characters who are noticeably less useful in combat than others, taking it to its logical extreme, where encounters that were challenging for the badass Champion Path Mythic Characters were super unfair, one-hit killers for the social-focused characters

I use my system mastery for good instead of evil - I can take all of the ridiculous social and RP abilities without weighing down the party if I can make myself effective with just a couple of choices.

I heart all my tabletop homies, even if I haven’t actually played tabletop in years and years. 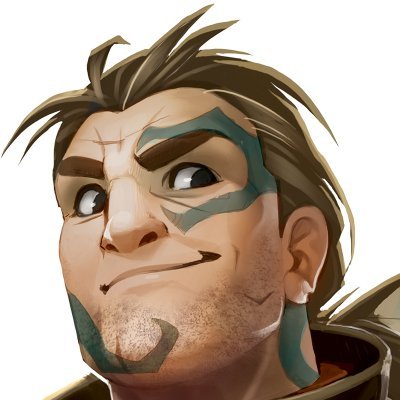 Quick update just hit backers - Beta 2 drops on May 5th and while we got a bit of an overview (more content, more art, bug fixes, QoL improvements based on Beta feedback, that sort of thing - sounds like a really big update) we’ll get details in the coming weeks.

For now, we do know that one of the Kickstarter goals, the sentient weapon (which sounds cool - it doesn’t even know it’s a weapon, but it acts as a bit of a companion piping in with his opinion here and there, and eventually you can unlock its true potential and choose what kind of weapon it is) is being added to Beta 2, so that’s cool.

This Doc is private 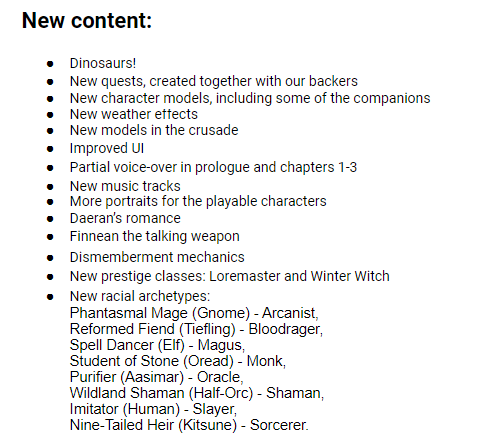 I’ll try to get this installed over lunch and have a quick look at how it looks now as we get nearer to release date!

Which was just announced! It was going to be June originally with the Kickstarter, but who in the world thought a Kickstarted RPG would make it’s initial date? Ha. Anyway, it’s new release date is September 2nd, 2021! Not too far out, and the delay is largely thanks to the incredible feedback and suggestions from the alpha and beta testers. Here is the full text. 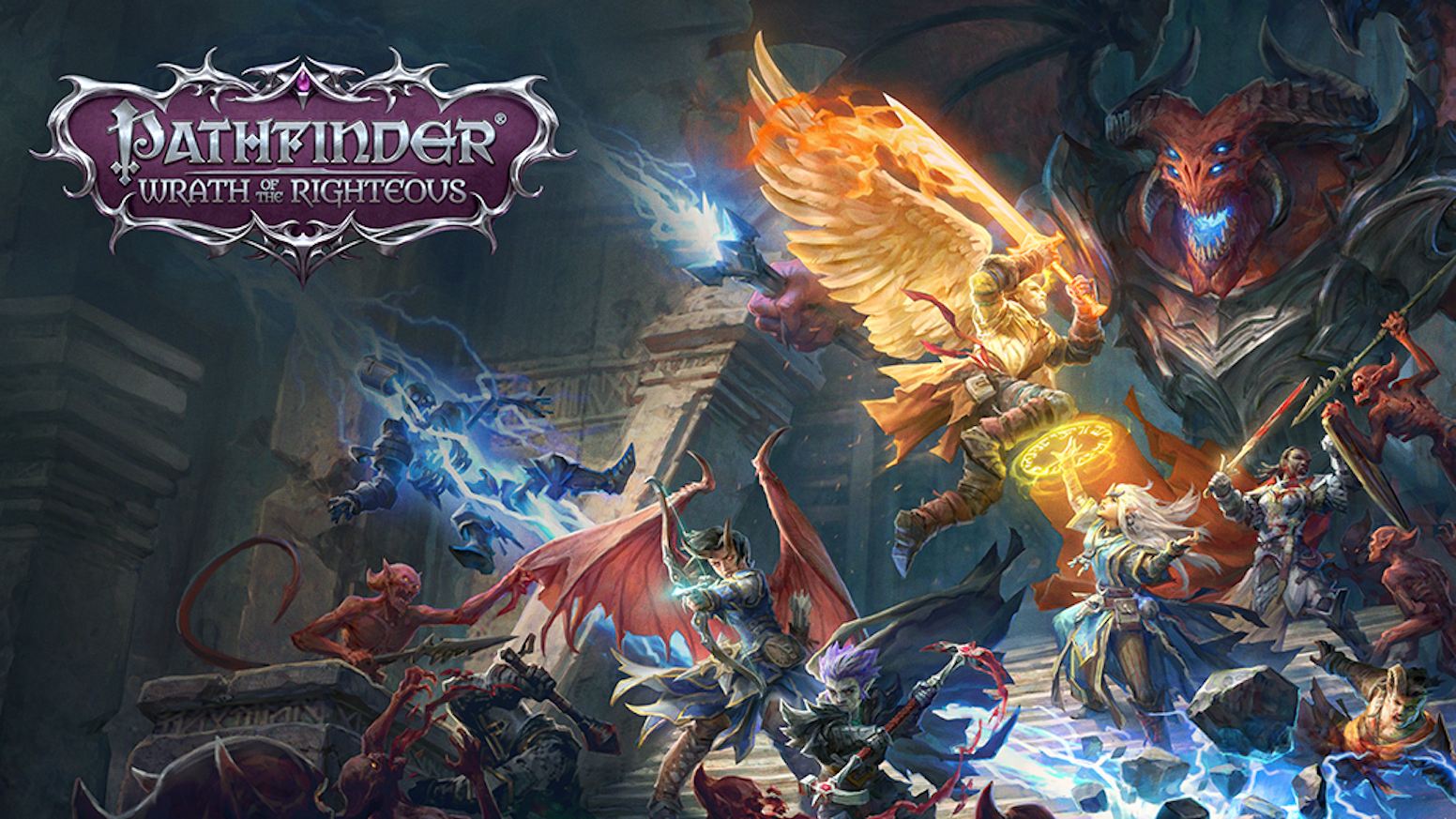 Pathfinder: Wrath of the Righteous

A new isometric single-player RPG set in the Pathfinder universe – an indirect sequel to Pathfinder: Kingmaker.

I hope they buff the Nine-Tailed Heir. It’s a bit weak for Sorcerers.

Oh, it just replaces the bloodline spell… that might be okay, although the spells do cap out at 5th level, so DC saves are a bit of an issue. 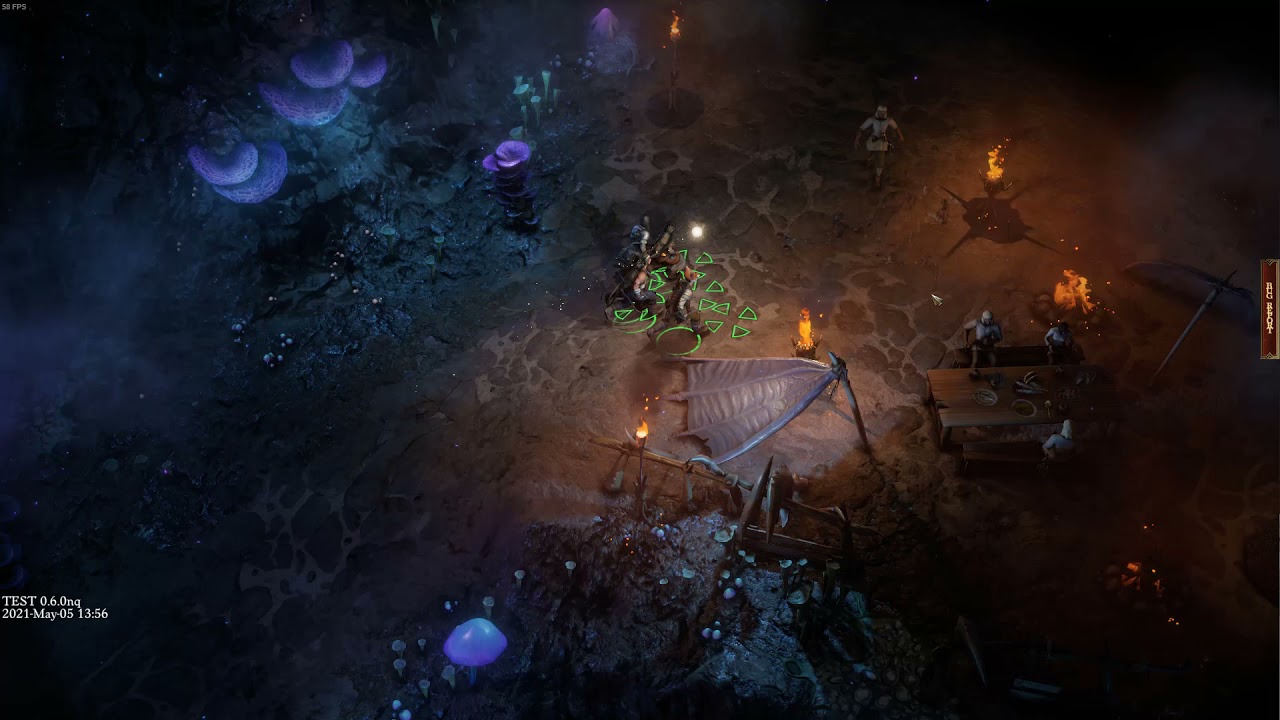 they still have a ways to go.

They have about 4 months to get it there.

From what I saw so far this morning this feels a lot better than the last build, but it introduced (perhaps to be expected) new issues as well. But the upgrade over the last build I played is substantial, and that was 3 months ago, so it will be interesting to see what they do with the time they have left (or if they delay).

5 ft move is a button that toggles between 5 ft move and normal movement. Just press it!
Also, “Auto Level Up” is in the Difficulty settings. You moused over it several times :)

Really looking forward to the game. Pathfinder: Kingmaker was awesome and this looks even better.

5 ft move is a button that toggles between 5 ft move and normal movement. Just press it!

Didn’t I in the video? I didn’t see any clickable buttons, and like I mentioned in the description, on Discourse I was told right-click to toggle movement modes is the ONLY way to do it right now. Can you screen grab and point me to the button?

You’re right, and I forgot that - I was doing it out of habit from playing more recent turn-based D&D stuff, it may not be required here. I’ll try to do some more testing on that score.

Didn’t I in the video? I didn’t see any clickable buttons, and like I mentioned in the description, on Discourse I was told right-click to toggle movement modes is the ONLY way to do it right now. Can you screen grab and point me to the button?

I might be mistaken, but this is how it works in Pathfinder: Kingmaker. I’ve not tried the beta. 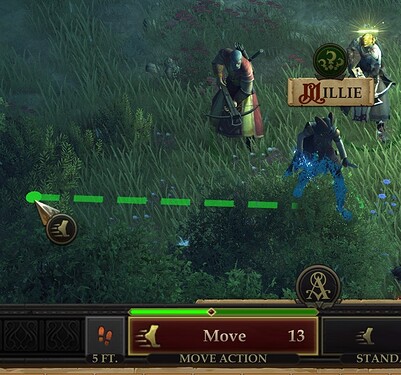 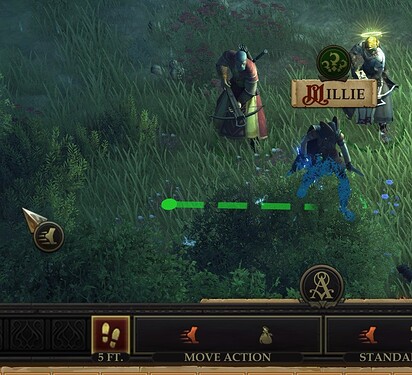 I thought about saying just that, but I’ve done enough math geekery in the forum these last few days. ;)

Yeah, I was clicking on that in the video and it didn’t do anything. Right-click is how you toggle between them, apparently. Hopefully they fix that by release, it’s not very intuitive.

10% more complete where completed is version 1.0.

The violence being done to the very concept of semantic versioning in this thread is concerning.