I had the dwarf one, it was OK. My favorite so far was the Tailwind of Good Hunting -

Works for Primal Druid, Sacred Huntsmaster, Sylvan Trickster, Hunt Caller, Sylvan Sorcerer and Feral Champion:
Every type you kill an enemy, all party members are healed by an amount based on how many different archetypes from the list are represented in the party (2 characters = 1d6, 3 = 1d8, 4 = 1d10, 5= 1d12, 6 = 2d6 per character level)

I had 3 in my party. Only needed to cast a heal on the final bosses.

I have started and stopped this game so many times. I’ve hit a point where that damn undercity where you have to rotate the map to advance has me frustrated to the point of stopping.

This happened too in Pathfinder 1 with the end dungeons, but is there anything to help make this section more palatable? 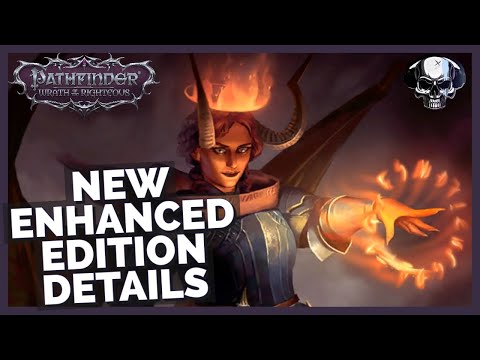 Was just coming here to post that exact same video. Some interesting stuff.

People are rightfully pissed that GD is being ignored. It was a stretch goal, too.

I played that path at launch? Ir is that something else?

Apparently the enhanced edition is not adding any content to the Gold Dragon path. They say it’s because it was already one of the paths with the most content, so it didn’t need a boost.

They say it’s because it was already one of the paths with the most content, so it didn’t need a boost.

More precisely, they said that they WANTED to, but time and money did not allow for this and maybe next time around.
The reason I pedante about this, is that this is what always happens these days - it doesn’t really matter what people get or don’t get, someone will always be up in arms, believing they know better how a company should spend its resources, instead of trusting those who are closest to the process.

While this is often because of…well, enthusiasm, it really doesn’t come across as such most of the time, and generates even more of the strife we are so used to by now on the internet.

I too played the GD mythic path at launch. There were three terrible fed-ex quests and boom, you’re a GD and then there was one other quest that was bugged. I did eventually go back and do it but I remember nothing about it.

Legend may need more content, but it’s hard to remember because every time I go Legend I’m basically high on might and giddy as I one-shot everything in the room. Every room.

Swarm-That-Walks shouldn’t even be in the game…

Despite all my builds and 450+ hours in the game, I’ve only finished the it as a Legend and Aeon. My current goal is to do my pally + angel build, my mad dog + devil run, and then maybe a bard + azata play through.

Seeking some clarification regarding the new DLC, maybe one of you nice people can help.

Does the Roguelike game always stop at Mythic 3? Because I ran through it once and I think it ended on Mythic 3 (maybe 4?) and then I had to start again. Is the tailwind the only thing that persists between runs?

I feel like I’m missing something as I kind of expected there to be some kind of endless mode to see how far you could get or for the content to at least go to the level cap.

Yes, that’s Owlcat’s shitty way of forcing you to start over with a new group. They force you to start over after every boss. There are bosses at the 5th, 9th, and 13th maps. So when you kill the 3rd boss on your 3rd run (assuming you didn’t die / restart) that will be a total of 5+9+13 = 135 islands. And the game ends again, and you have to start over again to go through it all once again to reach the final boss, which is on the 14th map, so that’s a total of 205 islands and four groups (minimum).

You get a new tailwind with every group after the very first one.

E - oh, and of course the more islands the higher level and mythic level you can reach.

Thanks for the clarification!

Pets are now hidden behind their owner in the party bar.

r/Pathfinder_Kingmaker - So we heard managing pets was a pain... Some surprises... 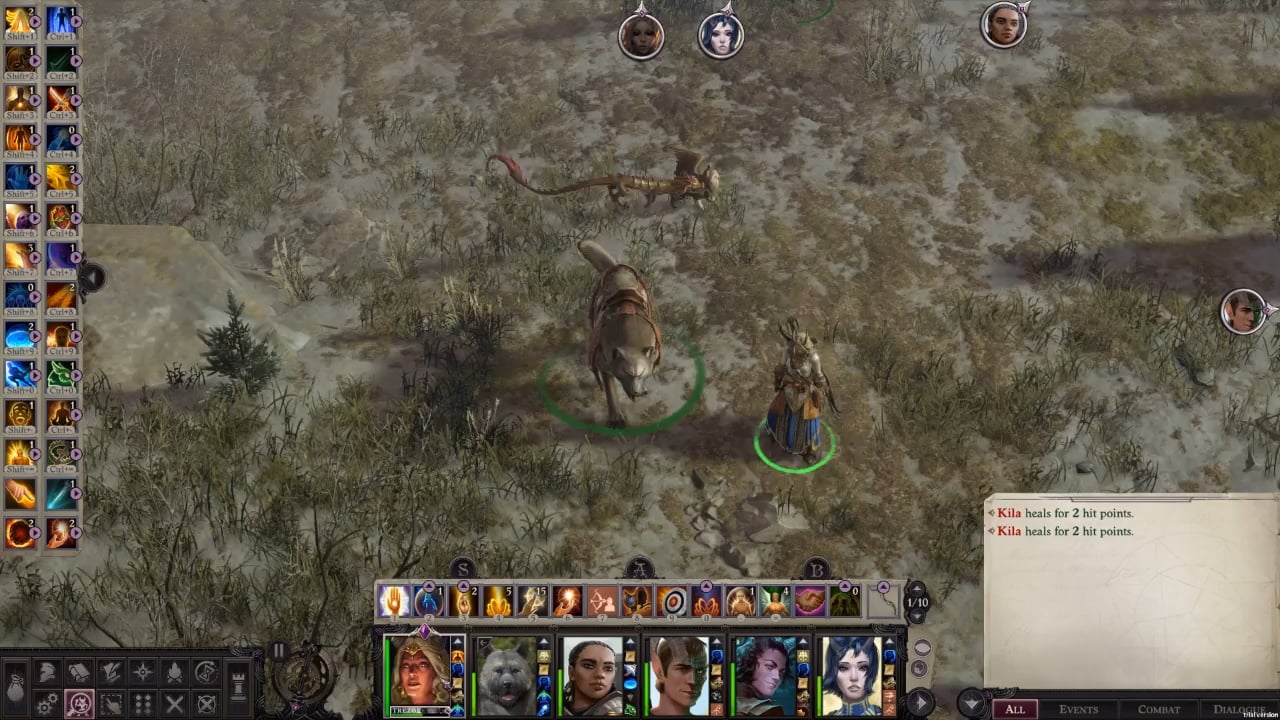 r/Pathfinder_Kingmaker - You asked and we delivered - Inventory now has a Search... 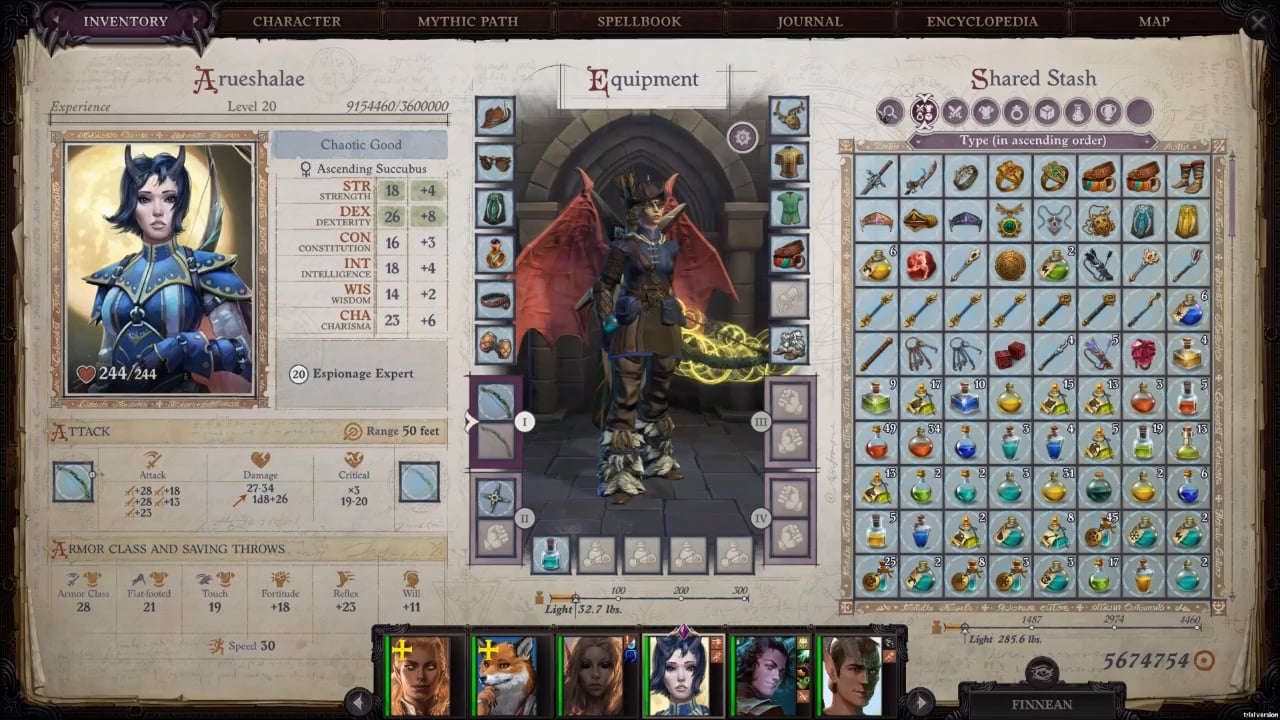 Not having to slowly mouse over each potion or scroll in my inventory for the tool tip trying to figure out if I have what I need since I certainly haven’t memorized every single icon would have shaved like 40 hours off my play time.

The pet change to the UI is a nice QoL addition.

Haha! Yeah, totally. Kinda neutral about the pet management change, as it didn’t really bother me, but this search bar addition to inventory is going to be killer.

Oh, and I’ve started in on a game of the DLC Through the Ashes, since I haven’t had the opportunity yet. Strangely, I decided to let the game choose a name for my character and I missed that it chose the exact same name as my second character I played through the main game. Ha! Can I change the name?

I’m a bit unsure of it at the moment; I’m feeling I really just want to be in the main game and not doing this thing that’s outside of it all. Going to give it a chance, though.

Wait till you see the transmo-… cough… I mean refor-… cough

Did I say anything? No, nothing.