They posted online about being able to change a lot of appearance options. Recoloring armors and the like, so full on transmog wouldn’t surprise me.

Latest patch broke a lot for me. Abyssal Anchors don’t work in Midnight Isles meaning so saves. Lots of weirdness with full attacks not executing properly as well.

I have a ridiculous # of builds for this game, most having stalled out in Acts 3 or 4 (20-30 hours of play time each). And I keep making new ones. I need an intervention.

I think I’ve put 100 hours into just the Midnight Isles since it came out.

Ha! But really, hey, you enjoy playing the way you play. Sad you don’t get to experience a lot of the later game with those builds, but no intervention required. Maybe after you’ve cycled through all the builds you’re interested in trying you’ll take your faves further.

I’m totally the opposite. Only a few builds and I play the game through to completion with each, nothing partial. Your lack of follow-through with your builds makes me itch. I prefer @Balasarius’ more, um, thorough style. I mean, if I had another lifetime to play.

Wow. So which acts are your favorites? I think, based on my play history with the game, that I have to say acts 1-3, and mostly the first two.

I’ve finished the game twice, I just seem to stall out in late Act 3 or somewhere in 4 (which is my least favorite act).

Act 4, by a LARGE margin. I love everything about it. Fortunately, Acts 5 and 6 are relatively quick so I’m able to push through and finish the run after the best part of the game.

I’ve only done the DLC3 stuff integrated into the main story once, so I’m not sure how I feel about it extending the game. There’s a few nice pieces of loot there, but I’m not sure it’s worth the added time burden.

(I skip the Enigma, of course. Fuck everything about that place.)

Act 2 is ok, but Drezen is way too long.
Act 3 has too many large dungeons - “Wintersun,” Blackwater, Ivory Sanctum, and Midnight Fane. E - oh, and Areelu’s but it’s small.
Act 4 has only one dungeon and it’s small!
Act 5 has two dungeons but by then you’re usually so OP I usually just blow through them in RTwP.

Then Threshold to see if my build can one-round Khorramzadeh. 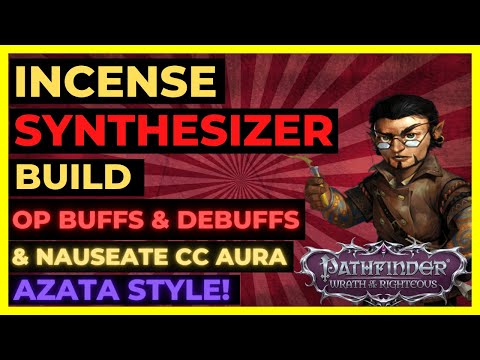 Played a few hours with this class and got to level 4. Not following a lot of his Feats recommendations though, and I think Destructive Dispel + dispelling bomb is a better use of a feat slot than something like Outflank, especially for a support class. But this build won’t come into its own until act 3. (also not wasting a feat slot on martial weapon proficiency when the azata superpower makes you proficient in all weapons and armors).

I tried one of these as a merc. The, um, Clarifying Incense? The one that gives you a +2 buff to saves against mind affecting does not work at all. So that’s cool. I usually like to bring a merc alchemist with me for the Vescavor Swarms and I was hoping Clarifying Incense would help. It did not.

The build is weird because it’s split between melee and ranged bombs. I do suppose Azata is the only way to roll with an alchemist, though. Unlike Kingmaker, for some reason there are zero items in Wrath that benefit bombs. I think this generally makes them a poor choice for MC outside of Vivi.

Incense Synthesizers pay 5d6 for their incense, so you’d only want to use the bombs for their effects, not damage. I think I’d rather have it as a merc.

I played a Sword Saint with Death’s Consonant - the Bardiche that uses INT. It works well, but takes a long time to come online. And keep in mind if your primary job is bashing shit over the head with a big 2-hander, you’re gonna need Power Attack and Mythic Power Attack.

Yeah, I find Act IV to be one of my least favorites, too, and the first acts are my faves overall. My first reaction to Act IV way up there in this thread was not positive:

I now find myself in the Abyss after the Midnight Fane portion and things have really gone off the rails. It’s so chaotic, even with the journal telling me what to do, I’m feeling a bit lost. Part of the problem is that I can’t find a place to rest that won’t corrupt me to the point I’m no good in combat so I’m hurrying it rather than doing my usual exploring.

Unfortunately, I’m not enjoying this part of the game and I feel I’ve left something undone or skipped something important earlier. I’m sure it’ll iron itself out, but what a massive shift from the crusade above.

I think it got better once I played through it as a Demon then Angel and already knew some of the tricks of it. Maybe it just fits certain paths better than others.

Perhaps my Abyssal Checklist will provide some minor assistance. This is all the stuff you should do while in the Abyss, less the obvious stuff like the quests and go in all the buildings you can. It’s in a rough order of what you should encounter / do first in each zone.

I got to level 6 earlier today, early Act 2 stuff, and I enjoy the class a bit, but it’s pretty weak for the early parts of the game. Totally agree on the YT video’s build choices: just a weird hybrid of feat and class selections alternating between ranged and melee rather than focusing on just one, and all because of the Death’s Consonant bardiche. Which isn’t going to be that effective without a lot of supporting Feats he didn’t pick. I’ve been focusing on ranged with it. Going to play him into Act 3 to get the Sacred incense option and see how well that does or doesn’t work in combat, go Azata for the spells. I have enjoyed the Infusion choice allowing personal spells to be cast on party members though.

I have enjoyed the Infusion choice allowing personal spells to be cast on party members though.

Infusion is great, but Woljif can do it as a Vivi.

Infusion is neat, and I like alchemists for enemies with really high AC, but much lower touch AC. I’ve been using them a lot in Midnight Isles.

I still think my fav build so far for early game stuff has been the Gendarme cavalier. He mowed through enemies during the Act 1 inn defense fight, but then plateau’d out quite a bit in later Act 3 fights.

My current midnight isles run is glitched so that not only are the save points nonworking, but all the inventory for the vendor has disappeared except for what I sold him! I should really stop playing until after the Enhanced Edition launches, and maybe a few more patches to boot.

Got that incense synthesizer to 7th level and the attack on Drezen and I’m getting a little bored with him. He’s a great buffer, I took enduring spells which helps, but in terms of involvement during actual combat it’s pretty limited so far. I know more of his incense modifiers come online in the next 3-4 levels but gameplay-wise that’s still just moving him within 30ft of enemies and hoping they fail their saves.

I’ve yet to play a pure spellcaster in this game, so I’m thinking hard about a mystic theurge/angel build, elemental specialist with ascendant element for fire with a ecclesitheurge cleric and the abundant spell mythic feats for tons of just blasting enemies. I wanted to do the angel mythic path with my pally, but she got boring around 12th level.

Ooh, this is a good one. I didn’t realize the utility of Divine Hound before; I may have to give it a try. The thing is I’d want to go melee riding the mount and the only mount you can ride with legendary proportions on both the rider and the mount is a horse. Not a huge deal, I guess. I played an Inquisitor and though it was surprisingly strong for a 3/4 BAB, having to turn on three judgements every combat was a pita.

BFTs are amazing. But don’t make Nenio one, heh. 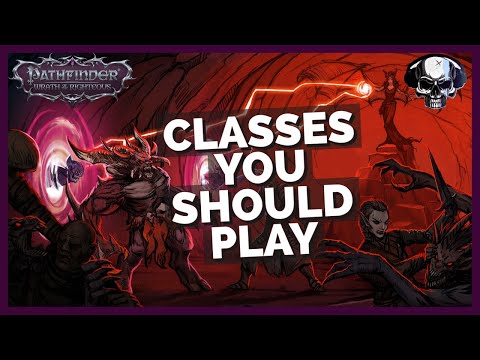