I’ve been waiting for the controller support, but think maybe I should a few hotfixes more, based on your recent posts.

Here’s a video. Note that cRPGbro makes a mistake in the video. He tells you go battleaxe. However, the Grave Singer weapon is an artifact that you craft and can be either a hand axe, battleaxe, or greataxe. If you’re gonna two-hand it, then you want the greataxe version.

They also nerfed Elemental Barrage since the video was created. It’s no longer worth taking for any melee. 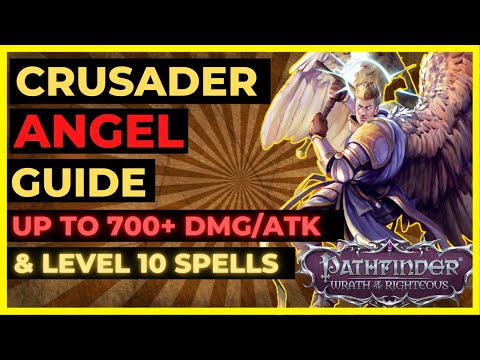 but think maybe I should a few hotfixes more, based on your recent posts.

I went with the Crusader subclass since I wanted Father Seraph (yes, I rock with fantasy names) to engage in melee and felt that the 5 combat-oriented bonus feats you get is worth the loss of one domain at 1st level (which you can re-acquire via one mythic path level up). So I think I went with stats like:

I went with a background that lets you substitute your WIS for CHR for persuasion checks since I dumped CHR and didn’t care about losing #s on the default heal ability. Using a glaive for a reach weapon and been using the bonus feats for focus, crit and specialization on it (went human so took power attack and cleave at 1st level, then martial weapons at 3rd, combat reflexes, outflank, and heavy armor at some point, etc). I’m at mythic rank 4 so I’ve taken the three abundant casting choices and a cleric domain (animal and then boon companion for my 9th level feat, took a dog and named him Apostle, went bully and took trip feats with Seelah’s horse to get tandem trip, a teamwork feat for the two of them. . .I was amused watching them repeatedly trip the evil treeants in the Wintersun area).

All that said, really haven’t decided on the next 6th mythic rank choices, doubt I go enduring spells since the game is generous when it comes to resting and thus rebuffing. Mythical pet is a given, so maybe another domain and then combat oriented stuff for focus and crit on the glaive. But like I said, getting that merged spell book for a full caster build and accessing spells like Bolt/Mark of Justice in the middle of Act 3 is just crazy powerful.

cRGP recommends the great axe version of Grave Singer all the time now, he’s in love with it. I’m expecting a wizard build where he uses it here soon.

And to belabor the point of Balasarius’ post on 1) choose angel / 2) profit is to make sure you merge your spell casting when you hit mythic rank 3 and choose Angel as your path. This is what boosts your casting level and allows accessing those higher level cleric/angel spells early. This choice is one of the steps you click through when choosing your mythic path and it’ll show two choices, with the one you want displaying (Cleric) at its end. It’s pretty intuitive which one you want to take. 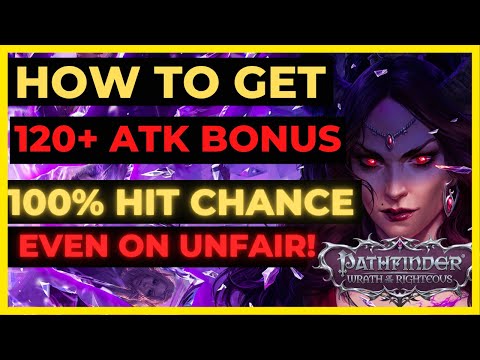 In my new game, I just completed the tavern battle and it. Took. 46! Rounds! WTF. On turn-based, that is one insane long time. Considering previous games only went, maybe, into the teens of rounds, I almost bailed because I thought it was glitched.

Speaking of glitches, my Paladin chose a mount at level 5, it shows up and he can saddle up, but there’s no way for me to interact with it the way that I do with Seelah’s horse. There’s no way to expand the portrait from my portrait like Seelah’s either. Is there something I’m missing?

And the horses only have 1 hit point and are level 0, which made it a pain for Seelah in this battle because her horse couldn’t stay alive and the enemies targeted it every chance they got, even when it was already down.

I really feel like something is messed up with that battle. I reported it all as a bug, but yipes.

my Paladin chose a mount at level 5, it shows up and he can saddle up, but there’s no way for me to interact with it the way that I do with Seelah’s horse.

Did you try saving and reloading?

As for the tavern battle, you don’t want to TBM that. It takes too long and it’s too easy for the minotaur to crit you and one-shot you at the end. Just RTwP it. This is how you do it.

Even if this fails, you’re still looking at 1/5th the time investment of a TBM attempt.

I developed this method by trying TBM, dying at the very end and getting pissed off at the time I wasted, then just doing it again in RTwP in a rage and realizing it’s not that hard to RTwP and a LOT faster.

I even did this on Unfair. But I did hide behind Irabeth when the minotaur came out. ;)

Yeah, I would have saved/reloaded but I went into the battle immediately after leveling up, didn’t think it’d last so long.

I typically don’t have much of an issue with the tavern battle but thanks for the tips all the same. I try to play as if I don’t know what’s going to happen so I do very little prep and don’t style my party builds to work ‘best’. It’s a struggle at times, but it keeps it fun.

The only difference this time was the insane length of the fight. I’m not sure what changed that’d make it a little less than four times longer than any time in the past. Definitely cursed that one.

My Crusader is still in Act 3, haven’t gone into the Midnight Fane yet, and he hit 13th level and got access to 9th level spells. Craaaazy. Blew through the Ivory Sanctum without a single rest, killed Xanthir in like 3-4 rounds.

Father Seraph and company have entered the Midnight Fane. I honestly think this is my all-time favorite CRPG, even over Baldur’s Gate 2 and other classics.

Owlcat added a dock section in the Abyss in Act 4, noticed it at the start of the lower city. Which begs the question: is 14th level high enough or should I wait before tackling the Midnight Isles stuff (or even wait for more patches)?

I wait until I get M6 before doing the DLC3 stuff.

Out of curiosity, why M6?

Just for the power bump. DLC3 is a lot of trash – well, it’s all trash. I prefer to use RTwP on trash, I don’t have the patience to TBM it and that means you need to be overpowered.

Yeah, same. Just wasn’t sure if there was something specific in DLC3 that tied into M6.

I blew through the Midnight Fane in a single push, those higher level Angel spells just nuke demons.

I’m not entirely sold on the DLC3 content as part of the main campaign. There’re a few nice pieces of loot, like the mask from the first boss and the robe that adds +3 caster levels. But otherwise, I’m not sure it’s worth the added time investment.

There was a cleric/merchant by this new dock area selling tons of magic gear, spent about 600k gold there on upgrades since I’m running a pet-heavy party. Really enjoying Act 4 a lot more this time, never done it with the Angel path.

Angel has the best extra content in Act 4 (and Act 5 and Act 6, for that matter).

At 2300 hours I have just recruited evil Arueshalae (“Evilrue”) for the first time ever. Her barks and camping dialog are making me giddy.

Say what now!? For games like Factorio or something, that wouldn’t make be bat an eye, but here… woah.

There was a cleric/merchant by this new dock area selling tons of magic gear, spent about 600k gold there on upgrades since I’m running a pet-heavy party. Really enjoying Act 4 a lot more this time, never done it with the Angel path.

That dude and the DLC stuff kind of toss balance out the window.

“Fight a bunch of mostly trash and get piles of gold. Also here is a dude selling +5 weapons, armor and +6 items for not that much really.”

But then the DLC area probably bugs out and you can’t progress, so I guess there is a cap on it.

I killed the umbral dragon for the first time (this is my 3rd time this far in the game, all of my builds stall out in Act 3 or early Act 4), did it in 3-4 rounds thanks to Ember’s hellfire rays and my cleric/angel’s bolts of justice. One pet died and that was it. Some really nice treasure there too, plus fecal Nocticula gave me a better path to the next dungeon level than the lift I’ve always taken.

Love this game so much.