So Pathologic 2 is half off ($17.49) on GOG now as part of their big Summer Sale until June 15. That means no more excuses from me, dammit. It’s in my cart right now.

One question remains: The soundtrack. Looking on YouTube, it appears to be over 3 hours long?!? A gave it a brief listen, and love what I’m hearing so far.

I dont know, I don’t buy video game soundtracks, but it does seem to be that long.

Oddly enough, my favorite track from the game doesn’t seem to be in the soundtrack: 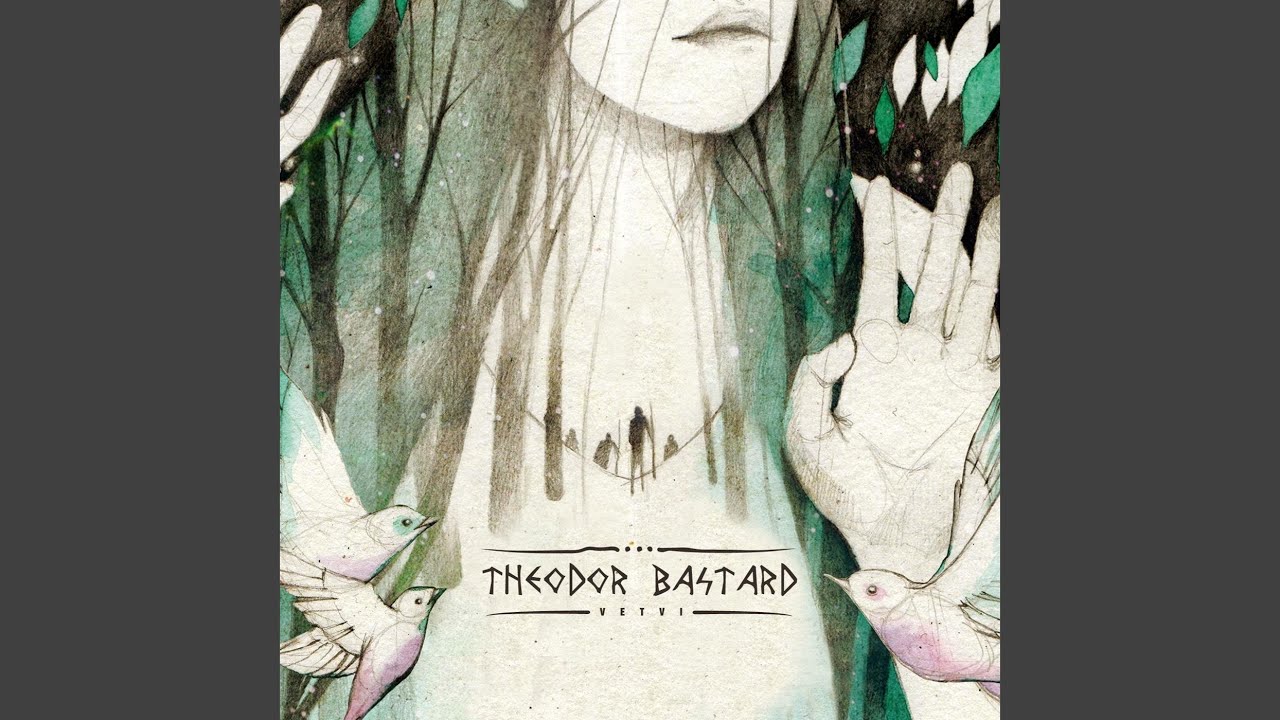 Great dramatic timing for it in the game too!

The context: everything is fucked and it’s all your fault. 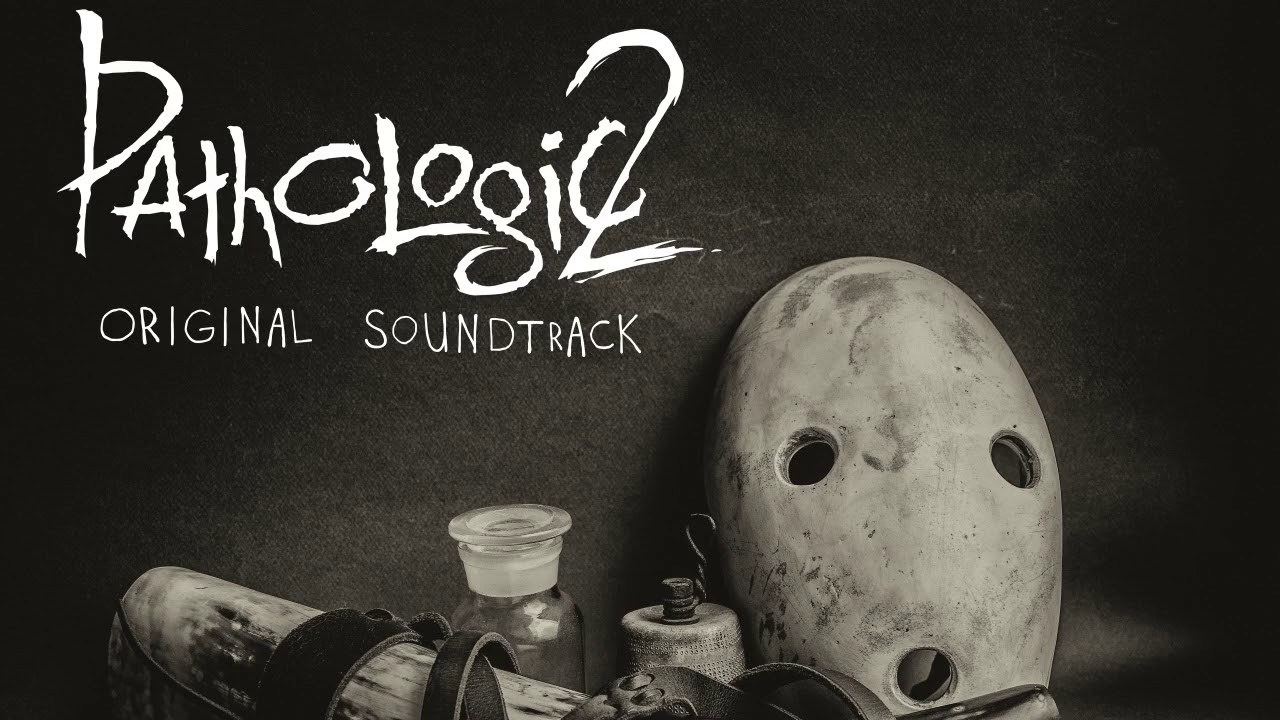 Okay, okay one last post and I’ll stop gushing and move on. Gosh, 2019 has been a great year for well-written games and I’d put Pathologic 2 in the race as well. Sunless Skies and Disco Elysium are very well written games, but they both definitely have a “guys, look at me, look how clever I am!” side. Pathologic is stately, slow, but is as deep as any video game has ever been.

Damn I hope they get to finish it. 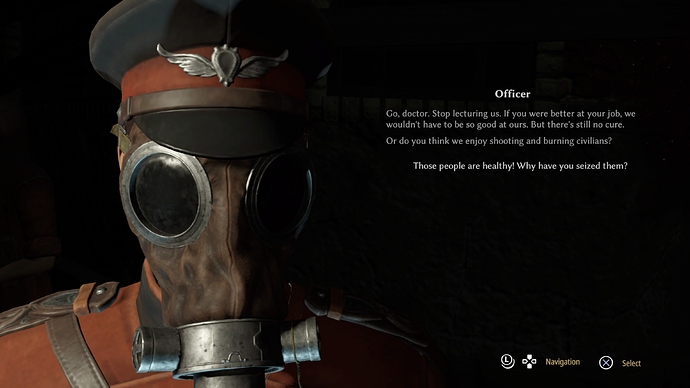 Gah, I’m not even going into all the really interesting (but spoilery) stuff.

This is a great article, but beware it spoils everything!

Pathologic 2: Who Inherits the Earth?

How fares your kine, Khatanger?

I have the original Pathologic in my Steam library–is it worth actually firing up? Or should I just go with Pathologic 2?

Upthread roughly 10 posts, @Woodlance says you can just go ahead with Pathologic 2, which has thus become my plan. Also, when I picked up Pathologic 2 at GOG during their big sale, I managed to get the game down to $14.99 by picking up all the other stuff associated with it. Otherwise, if all you want is the game, it’s $17.49, which is as low as I’ve ever seen it.

I’m currently watching an excellent analysis of the first Pathologic on YouTube. It was uploaded in November of 2019. I imagine it is spoiler-heavy, at least for the playthrough this guy did. It’s over two hours long, but my god, it’s one of the most well-written videos of any kind I’ve ever watched, informative and entertaining. Also, the plague in the game along with his commentary eerily parallels the virus situation we’re dealing with now.

I bounced hard off the first game, and this video might be a necessary watch for me to attempt giving that game another go. He does a beautiful job of explaining what is going on in the game, and he did over 600 gigs of video capture (over 68 hours of gameplay) to get the footage he needed. It’s truly a fascinating watch if you have any interest in the game. Nicely edited and beautifully narrated. 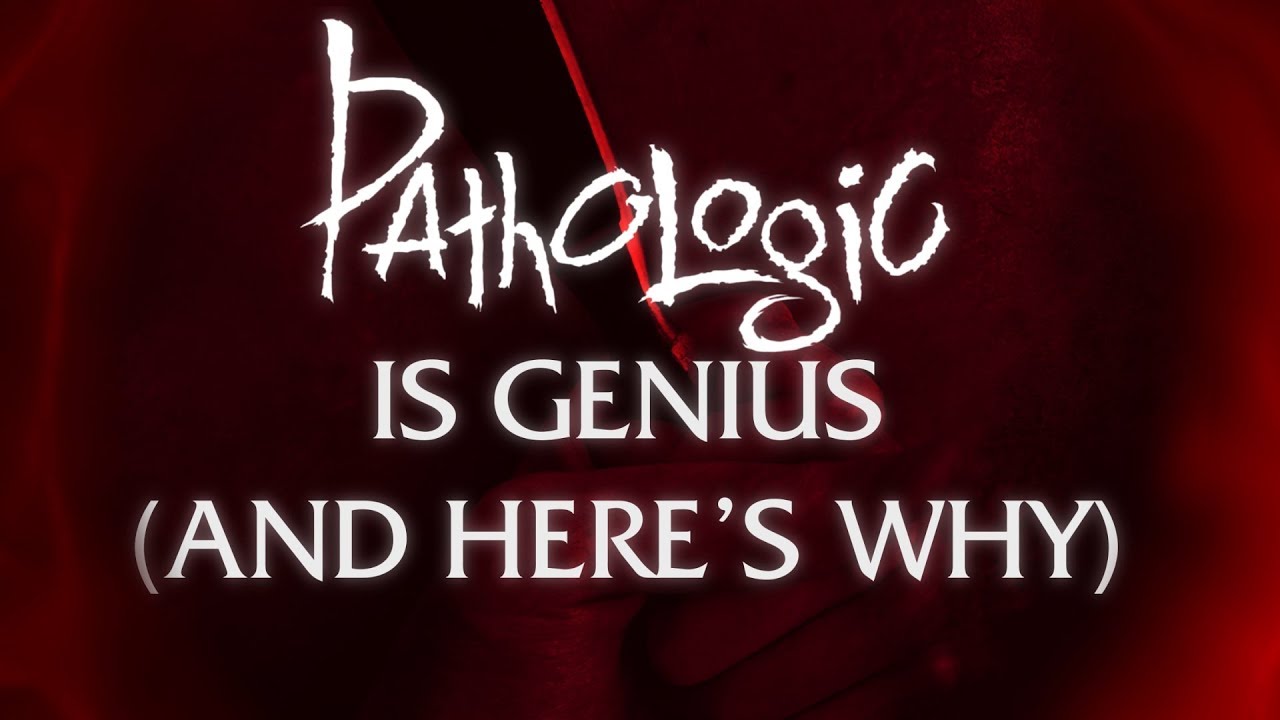 I fired this up again last night, and I’m picking it up what it’s laying down for the most part, but boy oh boy is it an awful lot of walking around. That’s why I usually end up drifting away from this kind of game. The core “gameplay” of “moving from one place to another” is just…not interesting.

Edit: as for the first game, I’m still tempted to play it by videos like the one you posted, Giles, but oh my godddddd the Changeling’s voice acting. Aside from her delivery, which is bad, why does she talk like she took an entire bottle of Nyquil? No human has ever spoken at that speed.

I won’t argue that it’s really dry stuff. However, once events start to unfold, I think it’s the planning on how to do stuff that’s more interesting than the actual walking, and every new day brings some event that messes with your prorities. The walking is like, less than half as boring as it was in the original… can you imagine?

This (link) seems to be the freshest news from the studio. It turns out things are not as bad as they were in last year’s articles. The team lead is not as burned out as they said, finances seem okay, two mobile games in the works, Bachelor will happen someday with very different mechanics (by the sound of it, it’s a long time away…), expect news this summer.

Right now, they actually seem embarrassed that they made a game about an outbreak.

As it turns out there is a Tabletop Simulator mod of the tabletop version of this game, and once the John Company game I am in wraps up (which ought to be shortly) I could possibly try to run a forum game of it. I will delve more deeply into the module and the rules and see if this is feasible. Any interest? It would probably be easiest if I played the Sand Plague, which would I believe leave the three roles open for three other players.

Well, considering all the time I’ve spent talking about this stuff, I’m in.

Bought this on the PS4, and just got to the beginning of what appears to be the proper first day. That into was extremely unsettling and disorienting, but I’m digging the tone.

Let me know if you want some spoiler-free tips.

I could definitely go for some! I’m near the end of day one and I’m loving it, but I’m questioning my decision to start off on the intended difficulty as well. I’m tempted to restart back on something lower. I love the atmosphere and characters, and I kind of feel like the meters might get in the way of that?

I can’t imagine how I’m going to make it through. I’m done with day 2 and the hunger meter is a constant, constant prod. I went to change the difficulty earlier and a message came up all “are you sure you want to turn off the intended difficulty” and shamed me into leaving it on. The shit hasn’t even hit the fan yet and I’m already practically starving.

I love the gun, and I haven’t even used it! The loading animation, where I carefully put my single bullet in the cylinder and rotated it to be under the hammer, fantastic. And then later when I got a second bullet, placing it just as carefully next to the first, such a nice small touch.

Also, I can’t remember what possessed me to do this, but I tried to fire it at Big Vlad, and the bewildered-looking animation when the gun refused to go off, wonderful.

Yeah, I like how you load every bullet lovingly at a realistic speed. Just having a full chamber feels like an accomplishment. Those punks won’t feel so lucky anymore!

Speaking of realistic guns, they just released Receiver 2. I’m going to try it sometime soon and I’m keeping my eye on it in case there’s a sale. They added new features, like bullets ricocheting in your face and shooting yourself in the foot. Fun!

I want a battle royale game with Receiver’s gun mechanics.

I ended up restarting my game at the end of Day 1, and am very glad I did so. Turns out, I seem to have wandered off the intended path through town and missed a lot of very helpful tutorials and other little useful bits. Revisiting the intro with a bit more context was also quite illuminating.

I knocked down the difficulty, and while I may bump it back up if it starts to feel too easy, but at least narratively it makes sense that my character isn’t going to starve or die of thirst quite yet on Day 2.

My main concern at the moment is missing stuff. I know I can’t (/shouldn’t?) help/save everyone, but I don’t quite have a feel for the balance between exploring, following the central path (such as it is) and just waiting/sleeping.

I don’t quite have a feel for the balance between exploring, following the central path (such as it is) and just waiting/sleeping.

I think the confusion about priorities is very much intentional. Basically, it’s a role playing game. Just try to do as much good as you can as a flesh-and-blood doctor pushing his limits in a desperate situation, not as a map icon-hoovering superman.

Or y’know, kill people on the streets to sell their organs and let it all rot.

Ah, okay. I’ll keep that in mind. Maybe the issue is that because I know the game’s reputation for difficulty and bleakness–and have already seen a glimpse of where things will be in ten more days–that I feel a pressure outside of the game to stockpile, and rush to take care of everything I can now.

So far, that’s actually working to take me out of the game and make it more difficult to roleplay.