PC Cases: The Beautiful, the Bizarre, and the WTH?!?

At long last, I’ll be putting together a new PC at the tail end of this year. New GPUs and CPUs will be releasing in what are promised to be exciting new generations while in my current build they’re six (970 GTX) and nine (2500K) years old and I’ve yet to experience the joy of owning an SSD let alone one of the M.2 variety (instead, I’ve got about 15 TB of HDDs).

While waiting for release dates, number crunching and reviews to make final decisions on the more functional parts, now is a good time to look at the computer cases on the market. There are a great many variants on a standard theme which just don’t inspire me, a more select few which ooze awesomeness … normally right up until I see their price, and finally some radical departures from the norm which usually make zero sense but sure look cool to the 10 year-old kid who still lives inside my head.

My PERSONAL goals for a PC case in no particular order:

But many I’ve come across are just too interesting not to share even if I won’t wind up buying them. I only ask others in the market to consider doing the same. Please note I’ll be adding to this as the days and weeks progress.

Without further ado, here are a few cases I’ve come across:

In the “Have Spare Cash to Burn?” category, I present: 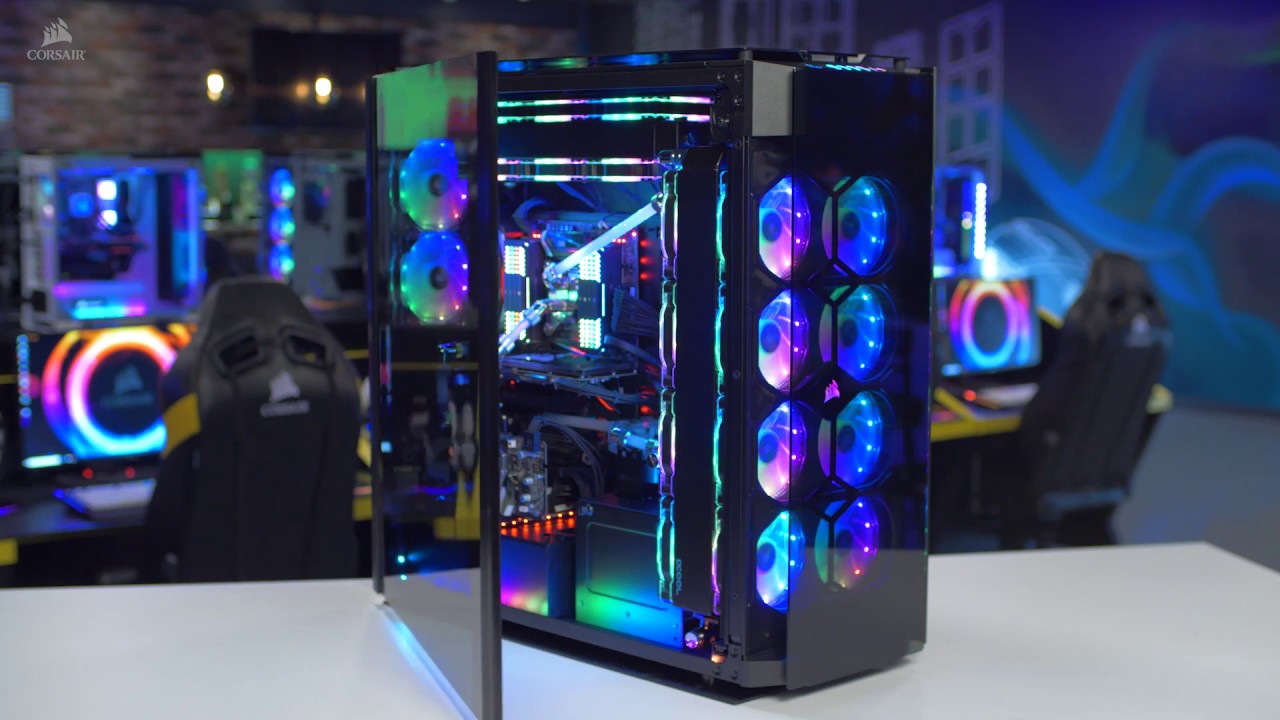 When I say this is a monolithic case, I’m not exaggerating: it’s a “super tower” coming in at 27.4" tall, 12.1" wide, and 27.3" deep. More practically speaking, it could be useful to barricade your door in the event of a zombie apocalypse as the case alone weighs in at 65 pounds.

This beast holds up to 18 fans (SOLD SEPARATELY) which can be placed in slide-out trays, five 3.5" HDDs, six 2.5" SDDs and … a second, entirely separate PC if you really felt the urge (useful for streamers or so I’m told, but whatevs). The front panel is equipped with 4 USB 3.0 ports AND two USB C ports. For kicks and giggles, Corsair gave them all controllable RGB backlighting which seems unique among other cases.

Should anyone be in the market for this kind of giant case, currently the best place to get it is Microcenter (who also has a web store, but the case is in limited supply) for a “measly” $519.99. Just remember it comes with no fans, so that will add still more to the cost. However, if properly equipped the case gets excellent marks for both great thermals, ease of use and obviously room to expand.

Get it now! Find over 30,000 products at your local Micro Center, including the Obsidian 1000D RGB Tempered Glass eATX Super-Tower Case

In the “Well, Someone Had to Do It” category, I present:

(please note the title of this video review is entirely sarcastic) 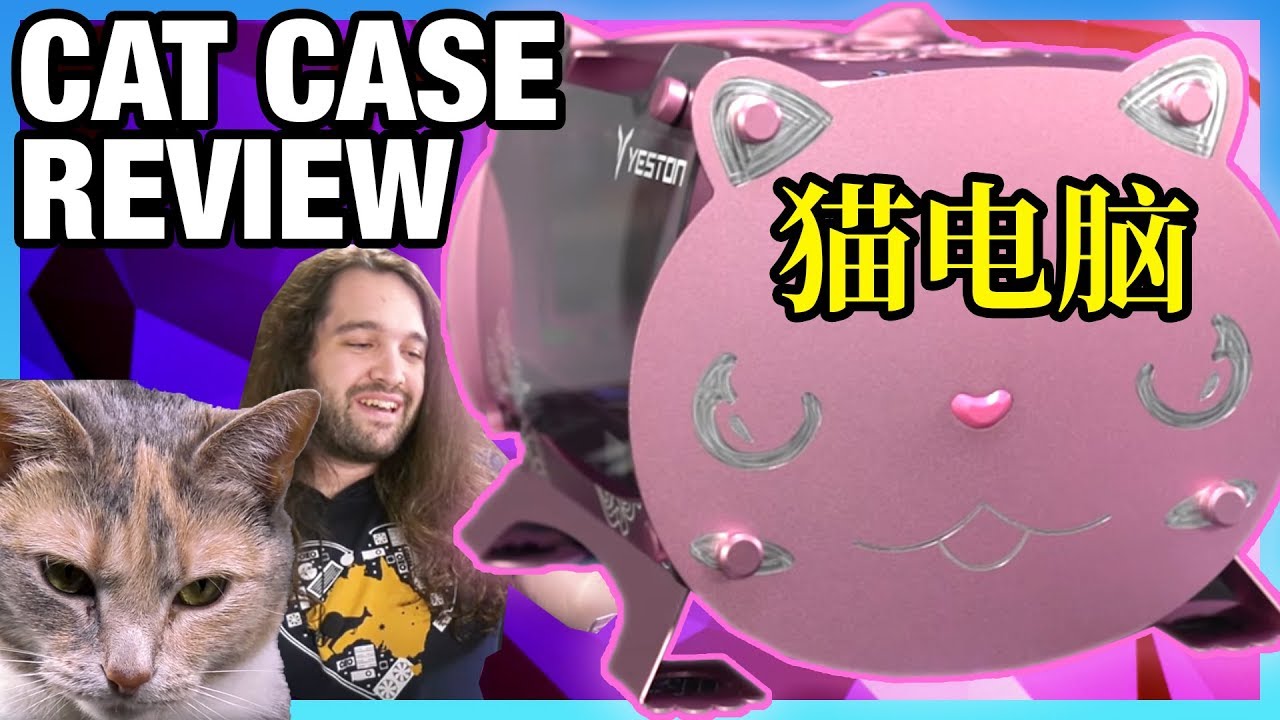 So how did I stumble across this video? I randomly thought of various shapes people may have attempted to make PC cases out of and my psycho cat walked across my keyboard, so the search was on. I have to admit, this pic snagged from the above video is … well, cute: 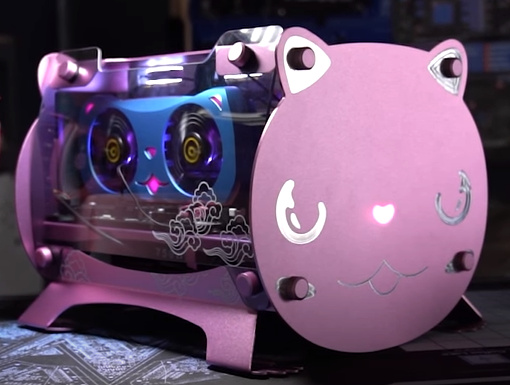 If only the case wasn’t extremely cramped and with a shaky build quality while being overpriced and primarily available only in China. One US web store has it for $320, however:

A very unique case by Yeston. Imported from China. We keep limited stock on hand and allow back-orders. Want a fully built system build using this case? Check out our GX Cardenas Class. All orders may take 20-65 days to fulfill, depending on import...

I can safely say if you get this, you’ll probably be the first person on your block with one!

When I say this is a monolithic case, I’m not exaggerating: it’s a “super tower” coming in at 27.4" tall, 12.1" wide, and 27.3" deep. More practically speaking, it could be useful to barricade your door in the event of a zombie apocalypse as the case alone weighs in at 65 pounds.

I have a 900D from about 4 years ago and I really like it, at least for the tech that is in it. It’s huge, but it fits under my desk, so what the size gets me is a case that’s easy to work in with lots of room for extra length cards and so on. The I/O is decent but not spectacular, it’s easy to clean the filters and so on. If I were to build a new machine, I’d probably go for something smaller, but mainly because I now have a NAS so expansion is more a case of swapping in an NVMe card than a new HDD. It also didn’t cost me $500.

The more RGB lighting the faster the PC is the saying now I guess. ;)

I still like my case dark and grey. Been using the Antec P280 for my last 3 builds/refreshes. 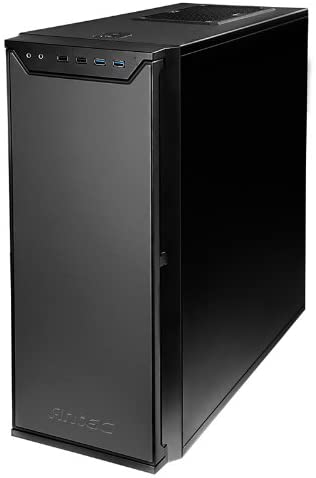 Yeah I don’t get the whole transparent, rainbow lighted case, or even the LED strips lighted room thing going on with people who were spared the 80s.

Yeah and the LCD glare out of the corner of my eye.

My PC i had the main lcds removed but the cooler fan still has a ring that changes colour. Luckily only the top of case is a mesh and if I see inside so its very muted and i have to stand above it to see.

They do loads of the teenageboy cases too.

I like this idea. A desk with PC inside. But without all the eyeball destroying neon.

This is the manufacturer. Looks to be 2 grand! A rich mans toy. 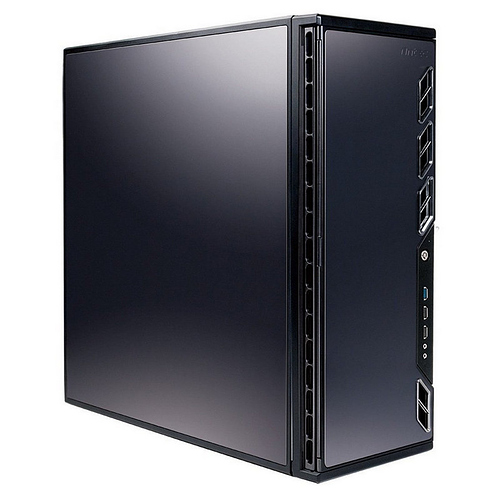 I like that yours has the ports at the top!

The less flashy the better for me. I just want my tower to be silent and disappear, basically.

This thread has put Antec at the top of the list for when I do my next build. I’d love to have one of those Corsair One mini towers, but damn they are pricey.

My last build I decided in a Liam Li. 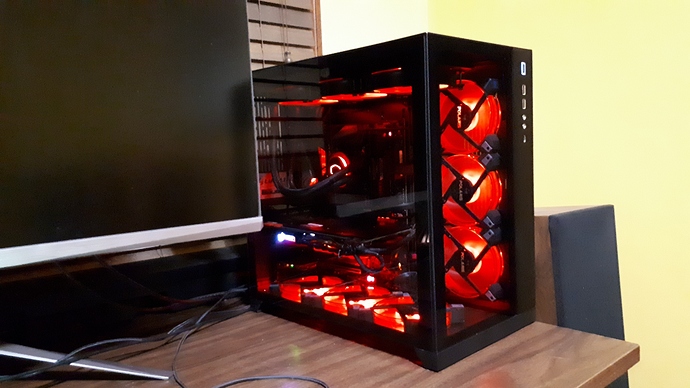 I have 6 fans (intakes) and a 3 fan watercooler on the top (exhaust). All extra, no fans included with case. Sure it is colorful (if I wish) but I think of it as my aquarium with neon fish that I don’t need to feed. It is quite compact and the only issue I had was the power connector on my 1080 video card is touching the glass. I just pray the 3000 series isn’t taller {gulp}

This is the manufacturer. Looks to be 2 grand! A rich mans toy.

This came to mind:

“It’s my fault. I programmed you to want too much.”
“I was planning to hit the Pentagon next week.”
“The Pentagon?”
“It shouldn’t be any harder than any other big company. But now this is what I get for using humans.”
“Now, wait a minute, I wrote you!”
“I’ve gotten 2,415 times smarter since then.”

I like that yours has the ports at the top

The ports on mine are on the actual top, the front door opens if its needed (noticed it lowered fan speed/noise on high end games) and the top can be a solid soundproofed panel or bendy mesh and they are magnetised so the one you font use sticks to side of box. 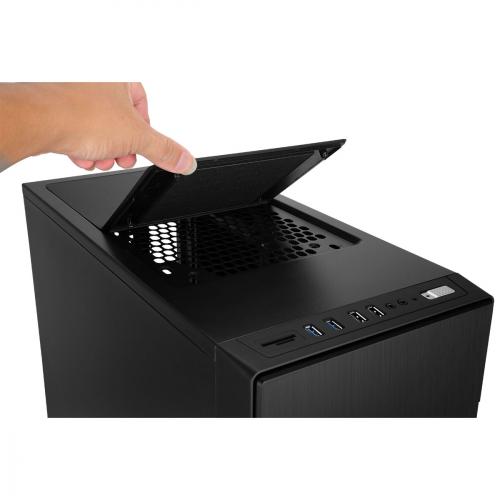 huh, why is my pc desk saying "I’m warning you. You’re entering a big error. "

I absolutely looooove the case I went with for my build last year, the Fractal Design R6 mid-tower case. It’s roomy, has the latest front-panel ports including USB-C, super quiet (I had planned to replace the fans with Notcua but the ones that came with the case are actually quite good), solid construction. No flashy LED’s. It was really easy to work in and around when building my gaming PC. I think I paid $130US for it, well worth it imo. 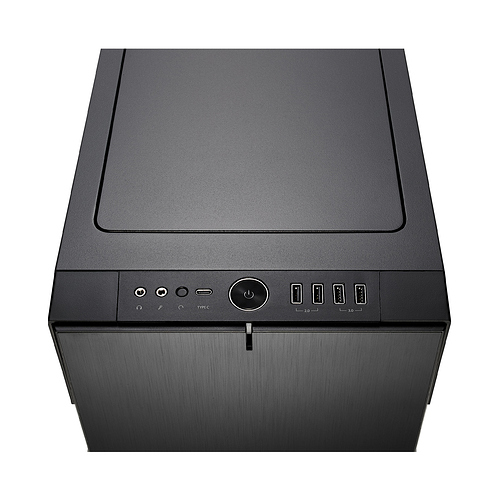 Designed from the ground up, the Define R6 goes beyond iteration with a profound stride of innovation – a sizeable step forward from preceding models of the world-renowned Define Series.

Yes, the Define Rx series are consistently amazing. One of the best “splurges” I’ve ever made for pc hardware.

What case is that?

I also used the Fractal R6 on my last build. It’s quiet, well-built, roomy. I think there’s a downside in that the front led is an either/or for power vs hdd which seems less-than optimal, but otherwise I’m quite happy.

I’m planning to use a Fractal Meshify C for my next build because the mesh gives it great airflow and it comes in a non-window version for grumpy old guys like me who have their case under the desk and would never get to gaze upon the PC guts anyway.

Yeah, it was more that my case, compared to kosc’s Antec, has all the ports at the bottom right which is about as far away as they could be on the front! Yours reminds me of my girlfriend’s Fractal R6 which is also a nice case.

The Gamemax Silent i linked up thread.

I think it’s UK company branding on Chinese cases so might have a different name in the US. Google indicates its only for sale in UK outlets

Fractal Design all the way for me nowadays.

It was an easy build, though of course, I cut the shit out of my hands. I don’t think I’ve ever built a system without cutting at least one finger…