Tom you are so bad at zooming in!

It’s out an apparently they have said all their upcoming DLC will be free. 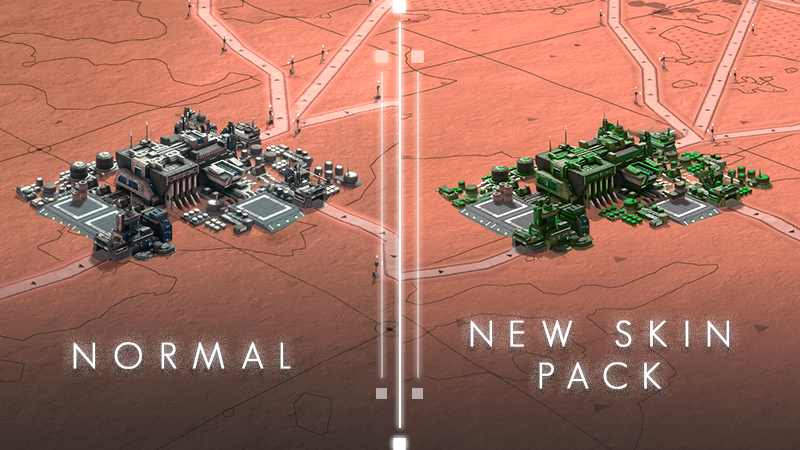 Our very first DLC is launching today. Totally free! We designed these new skins to add variety to the buildings on the Martian surface.

We are working on some HUGE updates🌿, which will be delivered as DLC and free of charge.

DLC teased, but not a lot of details. 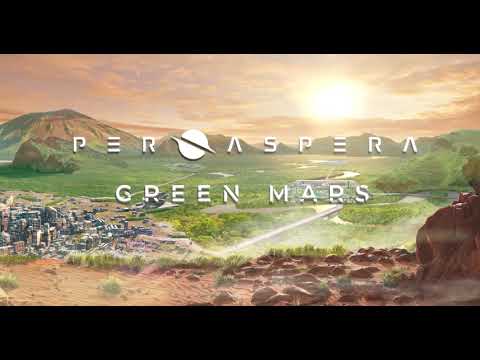 Awesome. Though I hope they do more with destructive possibilities. 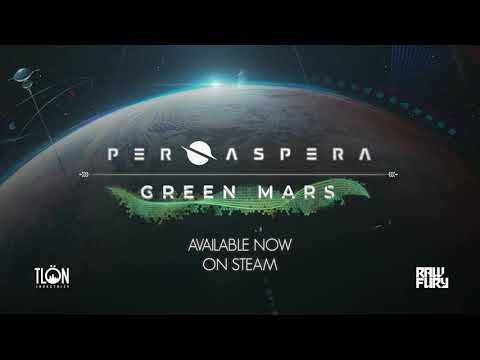 Looking forward to running another game of this. I just hope they redid balance so multiple large cities are necessary.

That looks great, can’t wait to find time to revisit.

Well, that just sucked four hours out of me.

I am still on my first game of Green Mars, and I cannot get O2 levels anywhere to where they need to be. They’re at about 60%. Sometimes I can whittle it down to 58%, but then it shoots back up. I’m importing Nitrogen, and building O2 capture plants everywhere, but I suspect that the more green Mars gets, the more plant life is converting CO2 into O2.

Pre-Green Mars, it’s all about finding Nitrate nodes and building nuclear nitrate extractors, but I have only discovered about six or seven of those and I’ve scanned most of the planet.

…it’s all about finding Nitrate nodes and building nuclear nitrate extractors, but I have only discovered about six or seven of those and I’ve scanned most of the planet.

Uh-oh, here we go again. Wasn’t this sort of game-destroying resource imbalance patched out of the game? I remember it being an issue when the game was released, but I thought it had been addressed.

Resource balance was perfect… ne’re easy in my latest game (before this FLC). Will have to see in my next game how it fares.

Okay, that was my dumb. I’M SUPPOSED TO BE RAISING O2 LEVELS TO 120millibars. I kept thinking the 60 was percentage of oxygen, which is really bad. No. I need to raise it to 120millibars to support higher lifeforms.

I had 50+ oxygen capture facilities that were kneecapping me badly.

I’ve been playing this (on Utomik–go ahead and google it now) and really enjoying it. I’m not sure I’m playing WELL… in fact, I have a lot of inefficiency that I’ve managed to slowly work my way out of, one resource at a time. From skimming the thread here, it appears I need to invest in hyperloops soon.

Was definitely disappointed to find combat get introduced. I’m currently looking at my one known opponent (in the campaign) and thinking I can drown them if I get a little further on terraforming? It almost feels like that’s the “peaceful” way the game wants me to fight them, but maybe I’m making that up.

Anyway, here’s my colony, with branches to get to some of the special research spots, but no stand-alone colonies because that sounded like a headache. I won’t be shocked if I end up behind the curve somehow because of that choice. 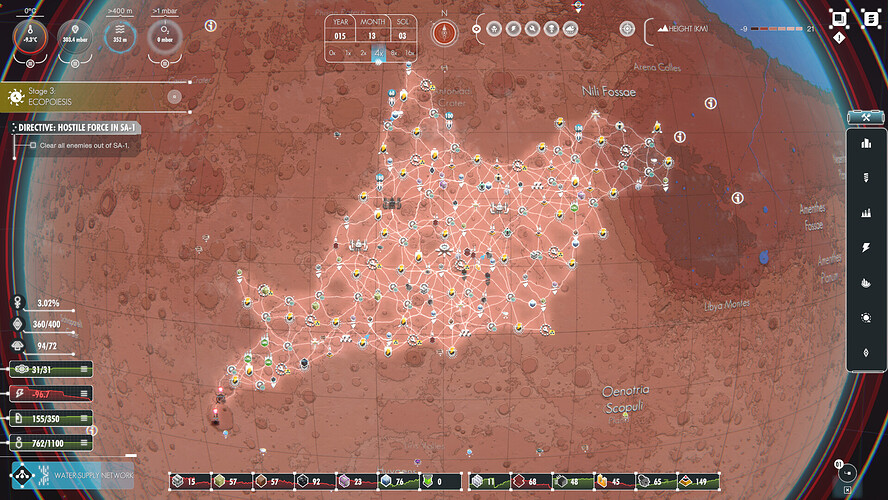 Anyway, it’s a pretty good, crunchy colony sim! I have a hard time with building games without a campaign to frame them, and I’ve been pretty happy with how this campaign has progressed so far.