The solution then: vehicles should gain XP!

Agreed. I only ever used captured vehicles and the biological analog for base defense support, never on missions as they took up too many unit slots (and units are much stronger by mid-game)

I don’t like playing with vehicles in these kind of games (Xcom, xenonauts, etc) because i feel like im missing the opportunity for my soldiers to gain experience.

Experience point gains in Phoenix Point are fixed regardless of how many soldiers you send. In other words, if you send one soldier, he gets all the xp. If you send six, they divide it amongst themselves. But you’re going to earn the same amount of xp for the mission either way. That’s one of the elements of the game’s tuning that makes vehicles viable: it’s never going to take xp from your soldiers.

So for instance, say you’re running a B-team of newer soldiers, trying to level them up. Sending a vehicle along is going to boost their firepower considerably, but it won’t affect the amount of xp they earn one whit. Or say you’re got a team of experienced soldiers you don’t want to risk scouting ahead on the map. Bringing a vehicle will give them an unmanned scout and it won’t reduce the amount of xp they earn.

Ohhhh that’s nice to know, might give vehicles a try next playthrough.

Yes but. If you bring a vehicle, you can’t bring as many soldiers. And those soldiers will get 0 experience. Also, each soldier you bring gets 10 skill points. So you would lose out on that.

Yes but. If you bring a vehicle, you can’t bring as many soldiers. And those soldiers will get 0 experience. Also, each soldier you bring gets 10 skill points. So you would lose out on that.

Well, sure, but I suspect most players are operating under the (incorrect) assumption that taking vehicles has an additional cost by depriving soldier of experience points. You admitted yourself that you never use them, and I’m guessing that’s partly why; you didn’t realize how experience points were earned. Phoenix Point has a lot of very meticulous design elements – I mean, we’re talking Juilian Gollop here – and many of them are only communicated in the documentation…that many players don’t even read. :(

My overall point is that vehicles have a carefully engineered role in Phoenix Point and I find them very useful, particularly when playing at more challenging difficulty levels. I’m excited to see how they further develop the vehicle system the same way the last DLC developed the aircraft system.

OK those are decent points, but I wouldn’t fault him or the company. It’s a small company trying to survive in a very difficult market, with no cash cow to fall back on.

That cringing, sweaty desperation then became the central design document for Phoenix Point: “What if, instead of abstracting hit chance into a percentage, we modeled every single bullet ? Then no one could complain about missing a shot!!!” It’s a game designed by committee, and driven by fear. Once again, the game is the opposite of an author’s singular, confident vision.

That’s mechanic is inherited from the original X-COMs isn’t it? The game told you a percentage representing accuracy but then traced the round’s path to the target square, and cover worked by physically being in the way. So you’re wrong and Gollop is doing his own thing, but you’re also right in that his own thing really is the opposite of “meticulous design”.

My source is “I Saw It Somewhere On The Internet”. If that’s not good enough this wiki page gives a lot of confusing numbers that may or may not support my version. Another page says Sectoids’ shots are affected by them being shorter.

Both UFO and TFTD are presented as 2D games, that is to say, all the images on the screen are made up of sprites. In the battlescape, everything is shown from an isometric perspective.
However, the games are only presented in 2D - much of the actual processing is done on 3D objects (albeit primitive ones). These are defined by stacking the LOF templates stored on this file on top of each other.
When a soldier crouches next to a short wall, for example, he may no longer be able to see over it if his head is now below the top. Likewise, he may or may not be able to see through the slats of a picket fence, depending on what angle he views it from.
Likewise, these 3D objects also come into play when bullets fly though the air. If a unit is hiding behind a tree, the thick foliage will likely protect his head from a bullet aimed high - but a low flying shot may easily go past the thin trunk and get him in the legs.
A soldier’s head is positioned slightly higher then the barrel of his gun. For this reason, it is possible for him to be able to see an alien (that is, he has a valid “line of sight”), but not shoot it (because he has a blocked “line of fire”). 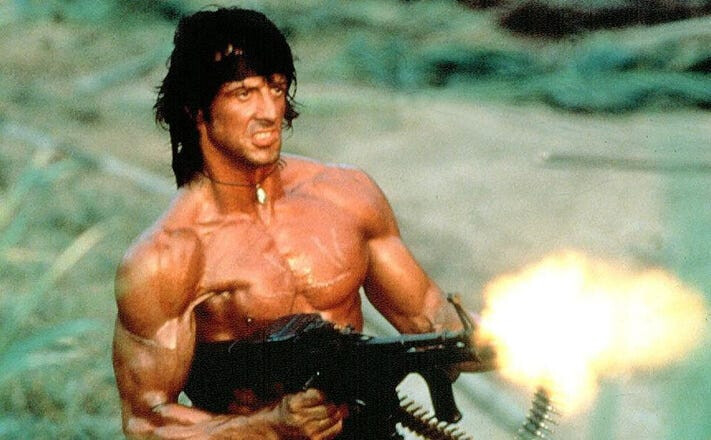 Because what’s under the hood doesn’t need to be simulated beyond how the information presented, and the interface provided, impact player decisions. And in Xcom old and new, you’re aiming at a target sitting on a square.

If what you’re saying here is that it was pointless to do the 3d stuff under the hood when the user was just viewing a 2d map, I think there is something to be said for the results of this system feeling more intuitive for the player when interactive with geometrically interesting obstacles such as fences or trees or windows. Pretty sure Xenonauts just uses a straight 2d line for their projectiles and always felt off with those interactions. I also recall them having to add additional tweaks to try to work around that somewhat.

Oh I won’t seriously defend the different levels for eye vs gun, that seems like a dumb choice. I will defend to some degree the benefits of having a rough 3d system under the hood since even though the game interaction is in 2d the player will project their knowledge of 3d space and 3d objects onto how they expect a bullets trajectory to be affected by those 2d objects on the map.

The Firaxis games place a tile on the map that is defined as “low cover” and say “this is a -20% To Hit”. The old X-Coms, and Phoenix Point, try to physically simulate combat, just like they take a more simulationist approach to the strategy layer.

You can see the shared DNA even if the resulting gameplay may feel different.

You’re not mentioning the suspense of watching the projectiles slowly progress over the map wondering if or what they’d actually end up hitting. It could be agonizing.

The Firaxis games place a tile on the map that is defined as “low cover” and say “this is a -20% To Hit”. The old X-Coms, and Phoenix Point, try to physically simulate combat, just like they take a more simulationist approach to the strategy layer.

You can see the shared DNA even if the resulting gameplay may feel different.

I have a copy of Monsters in the Dark, I still need to read it, but I have skimmed it, and I was totally unsurprised to learn that the original was inspired by nerdy WW2 war games.

That feeling is also exactly what I’m missing from nowadays-XCOM. I loved Tom’s review featuring 1994 Tom so much, because I felt the exact same way playing it.

Only it didn’t connect with 2012 Peter. I’m still over here playing XPiratez.

I played a bit of Phoenix Point (maybe a couple of hours) on the Xbox Series X but somehow wasn’t feeling the tactical combat as in OG X-Com or in the Firaxis games. Maybe it was due to being far from the screen?

Is the strategic layer interesting?

Use manual aiming, that’s probably half the fun

That cringing, sweaty desperation then became the central design document for Phoenix Point: “What if, instead of abstracting hit chance into a percentage, we modeled every single bullet ? Then no one could complain about missing a shot!!!”

This is a wild take, the manual aiming is one of the game’s best features. It makes the limb system relevant and makes shooting way more interesting than just choosing between different percentages.