Ok here’s another couple… I have 10 starting SP, should I boost some stats or save it?
What are good early stats to get up?

I personally would use it. I generally like to boost movement early on, usually movement/ strength for the Heavies.

Not that folk found ways to break the game, that’s bound to happen, but that there could be such a simple fix to solve it and the devs choose not to bother. Does the game support mods yet?

Is your claim that Phoenix Point is broken because a dedicated melee build can one-shot an enemy? That strikes me as a specious definition of “broken”.

But perhaps I’m misunderstanding the claim. It is difficult to keep track of all the claims about Phoenix Point being broken from people in this thread who haven’t even played it. :)

One shotting an enemy is perfectly fine, my issue is that it is possible for 1 soldier on 1 turn to wipe out an entire nest (thus dozens of badddies) via an endless supply of AP. The most basic of caps on something like this (on the AI too if they’re allowed such an abuse) would make a huge difference.

Having not played it in quite a while, I can only hope this is not abusable as it looks on paper, it might be only a very rare occasion with everything needing to be set up perfectly, in which something this silly can occur.

I personally would use it. I generally like to boost movement early on, usually movement/ strength for the Heavies.

Great, thanks! Seems the very first spend can only be strength or willpower, as speed is too expensive.

edit: What are these white glows? There was one in a tutorial mission, but nothing seemed to be there. 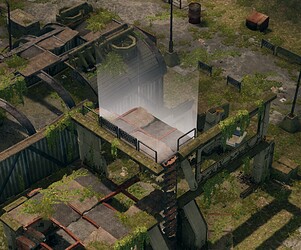 If you move to those spaces, your soldier will receive a willpower boost. I believe it’s +3.

Ah yeah I recall a popup mentioning that in an earlier game, though I didn’t notice the white glow on that occasion.

One more and I’m getting back to it… overwatch and cover. Will my guys step out of high cover to take a shot? Based on the cone, it sometimes looks like they might just shoot the wall.

The high cover stuff is kind of situational, in my experience. They should take the shot on overwatch, but you run the risk of shooting into the wall, or at least some shots being ineffective.

it is possible for 1 soldier on 1 turn to wipe out an entire nest (thus dozens of badddies) via an endless supply of AP.

We needed some counter to the way they move slightly when we manually aim.

edit: I think 1 might be related to Perception, and the reason I don’t see the circle for Stranglers is that theirs is 3 times higher than Arthrons, so it basically always covers past the entire map!

…my issue is that it is possible for 1 soldier on 1 turn to wipe out an entire nest (thus dozens of badddies) via an endless supply of AP.

Again, I have never seen this and I have no idea why it’s “your issue”, since you don’t seem to know much about the game. From where I’m sitting, it sounds like you’re railing against something that doesn’t exist in a game you’ve never played. You and a certain other poster should start a club!

There’s a big orange circle around some enemies when I highlight them, what is this? Move range?

Detection range! You have discovered how they eventually surface the stealth system so players could better interact with it. From the wiki:

…since Behemoth (1.1) update of May 2021…Just hover the pointer over an enemy and an orange circle will indicate the range at which it can detect the currently selected character Observe how during daytime missions most enemies can see most of your operatives from very far away

You probably won’t be able to fully take advantage of it until you’re deeper in the tech tree, but it’s a good time to notice how it varies by whom you select and time of day.

As for alerts, I’d have to look this up on the wiki to answer your specific questions. But I’m pretty sure Phoenix Point has limited awareness, so that some aliens can be alerted, while others are still unawares.

EDIT: Ah, yes, just a few lines below the bit about detection:

A peculiarity about AI and detection: unlike the player who controls the whole squad and is aware of what every operative perceives, the AI controlled characters are only aware of those enemies that they detect, so if one Arthron sees your operative, it doesn’t mean that other Pandorans will be aware of him as well.

While I don’t have a problem with single player games being ‘breakable’, there is an example of what’s being talked about posted in this thread less than 2 weeks ago. 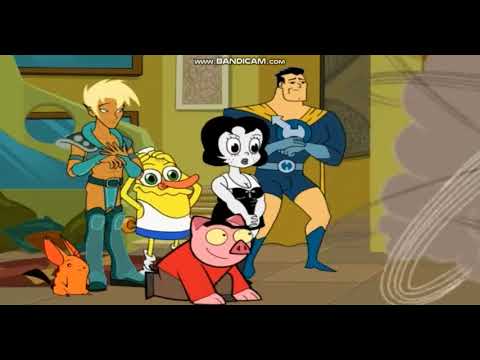 While I don’t have a problem with single player games being ‘breakable’, there is an example of what’s being talked about posted in this thread less than 2 weeks ago.

Ah, so the assertion is that the game is broken because of the Rapid Clearance ability at the top of the Assault class tree? I didn’t realize that was the complaint. So any maxed out Assault class “breaks” Phoenix Point, huh? Ouch. Snapshot should look into that, because I’m assuming it happens a lot. It’s happened to me, and I didn’t realize my game was broken!

I’m still playing the Year One Ed. I’m probably just 10 hours into the game. I’m interested to buy Festering Skies or, the Kaos Engine DLC. Do I have to restart my game or, these DLCs are some mission which will appear by itself in my current game?

I’m still playing the Year One Ed. I’m probably just 10 hours into the game. I’m interested to buy Festering Skies or, the Kaos Engine DLC. Do I have to restart my game or, these DLCs are some mission which will appear by itself in my current game?

You have to start a new game. Where you can enable/disable each DLC to taste.

Oh, ok… looks like I better finish this campaign first. Thank you.

After 12 hours of PP, I decided to restart. I find that the default Veteran difficulty is just too easy. My team of 5 can take out any threats and I became bored actually. There was nothing threatening about each mission anymore. I restarted the game as Hero and, aha, I must say this is more like it. I need to use strategy to survive. In every level, the Pandorians will start to swarm you and so, early in the level, I retreated my team into a room, higher ground, and wait for them to come. After just two hours, I know I need to build a B-team, which I never did under Veteran difficulty.

On falling back and defending from inside a room, PP does not seem to encourage exploration. I used to break my team into two, combing two sides of the map. Hero difficulty though, will mean that one team usually get wiped. So, it’s best to stick together and defend and wait for them to attack. This seems to work, but the downside is that there is no exploration.

After 12 hours of PP, I decided to restart. I find that the default Veteran difficulty is just too easy.

Had you gotten to any of the game’s new mechanics yet. For instance, mind control? I find that the pushback doesn’t really start on the default difficulty until that point. But this, I think is worth commenting on:

There was nothing threatening about each mission anymore.

Ideally, a mission shouldn’t be threatening! You should be able to accomplish most of them without taking losses. The trick is how badly things go sideways when they go sideways. :) The real issue is whether you can absorb losses, and this is affected by two things: 1) the difficulty level, of course, but I’d say the more important factor is 2) whether you’re reloading when things go wrong.

This second factor splits Phoenix Point players into people playing two different games. If you’re playing without reloading – you don’t have to check the box for Iron Man to play this way, but that’s what it’s there for – you’re probably going to want to stick to the default difficulty. But if you’re playing with reloading, if you’re erasing your mistakes and bad fortune, then Phoenix Point might not feel challenging unless you bump up the difficulty level. But that’s on you, and not the game’s tuning. I suspect that’s also how people conclude the game is “broken” when they find a powerful combo; did the combo break the game, or did the erased misfortune leading up to the powerful combo “break” the game? And is the game “broken” because you shunted yourself into a playthrough without enough pushback?

I’m not trying to tut-tut anyone, but it’s important to take into account when you’re talking about difficulty. I’ve never been able to make much progress on the harder difficulties because I prefer to roll with the missteps and bad luck. The default difficulty and taking whatever lumps come my way has been my preferred way to play. One day, I’ll be good enough to attempt a playthrough on a harder difficulty level. But for me, that day is not today.

Keep us posted on your harder playthrough, @habibi. I’ll be curious to hear how you’re faring when the sirens come out to play. :)

So when I get around to playing this (knowing only what we know now) should I enable any/some/all of the DLC or should I play vanilla first?

I could see all the DLCs being a bit overwhelming to a first time player. That said, a lot of the DLC is optional lines of missions. So I might recommend playing with everything but Festering Skies and just take a look at what missions kick off which DLC and just don’t get sucked into too many of those too quickly.