Breathtaking brillance. The Ultimate Cage. Love the pig! We are having porkchops tonight!

Wow, im going to watch a movie about Nicolas Cage and a pig because of its great reviews, what a world.

I gotta admit, all the reviews I’m seeing have me intrigued. This one is reasonably spoiler free.

Bob Odenkirk’s Nobody has a similar running joke with the “fuckin’ kitty cat bracelet.”

I almost forgot about this, but the pay off for this was freaking perfect.

I thought this was pretty great. I agree with the reviews that this is not the movie a lot of people were expecting, based on the premise. That being said, it did get kind of silly in places, but overall I really liked this.

Also, I must have missed something, because I don’t know that I saw a proper explanation of why Robin was living in the shack, and shunned from that weird underground culinary world. I flipped through some reviews, and while some seem to imply that this gets resolved, none of them explicitly state it.

I’m glad I checked this out.

Aren’t we supposed to infer it was his reaction to his wife’s death? That he decided what he was doing didn’t matter anymore, so he withdrew? Basically, a less apocalyptic counterpart to Guy Pearce’s character in The Rover.

But, yes, this was an excellent movie, and the perfect companion piece to Kelly Reichardt’s First Cow, which I didn’t like as much but still appreciated for its slow lyrical quality and its obvious affection for Portland foodies. 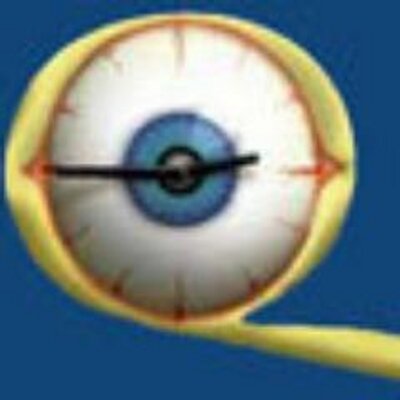 @Qt3
Q: Who would win in a fight between Pig and First Cow? A: Everyone, because instead of fighting, they would team up and make a fortune selling delectable truffle clafoutis.

But unlike First Cow, I’m pretty sure Pig is a…comedy? Of sorts? At least, I’m not sure how serious it’s taking itself and its dive into Portland hipsterism. It feels like a Portlandia skit that doesn’t want you to know it knows how absurd it is.

Also, it’s so nice to know Nicolas Cage can still calm the fuck down and be a good actor. I kept worrying he was going to lapse into Cagisms, but he never did. And I’m always delighted to see Alex Wolff. I could tell that kid was something special in Peter Berg’s Boston Marathon bombing movie. I was worried Pig was going to waste him as a nattering sidekick, but it clearly appreciated what Wolff can do and how he can connect with Cage.

Another Nick Cage movie as #1 two years in a row!

I’m going to be rolling this one around in my head for a while, and might actually catch another viewing. First I was expecting John Wick, then it seemed like it be more like You Were Never Really Here, but then I realized it was something wholly different. Sweet, soft, and powerful.

I saw this one yesterday and enjoyed it but maybe not as much as the reviews led me to believe I would. I’d recommend it but it’s so dark and so slow and so spare that it tried my patience. It wasn’t until nearly halfway through that it started to slowly win me over.

The underground fight club scene really turned me off to the whole thing. It reminded me of one of my least favorite movies ever, 8MM, also starring Nic Cage. After that, the movie had an uphill climb to regain my interest… fortunately, the restaurant scene at Eurydice did the trick.

On reflection, I kind of like the complete subversion of expectations in that fight club scene. You expect this movie to be about our hero who goes out and beats up some guys in order to get information. But instead, he allows himself to get beaten up in order to get information. So, kind of smart writing, but still… wtf is this underground restaurant-worker secret-door fight-club bullshit? Do not want.

The dinner scene at the end reminded me of Ratatouille in the best possible way. More bad guys need to have their hearts melted and travel back in time via just the right delicious meal.

On reflection, I kind of like the complete subversion of expectations in that fight club scene. You expect this movie to be about our hero who goes out and beats up some guys in order to get information. But instead, he allows himself to get beaten up in order to get information. So, kind of smart writing, but still… wtf is this underground restaurant-worker secret-door fight-club bullshit?

Interesting theory for sure! I had read your Portlandia comment before I saw the movie and I thought back to it during the scene at Eurydice with the hilarious waitress monologue and absurd food. So there are definitely a few aspects of the film where I can see what you mean… but not that underground scene. Like, what is being satirized with all that? Fight Club? It also happened to be essentially the first major stop on his investigative journey so I was all like wtf is going on here?

Yeah, the underground scene stuck out to me as well. Maybe it’d fit better with a second viewing, but at the time it really led me to believe it was going to be a more violent film than it actually was. Maybe that’s the point?

Like, what is being satirized with all that? Fight Club? It also happened to be essentially the first major stop on his investigative journey so I was all like wtf is going on here?

The idea of waiters and chef’s assistants as total badass Tyler Durdens who meet after their shifts in dimly lit basements to deliver and endure beatings. Are they really that badass, or do they just think they’re that badass, and is the movie even saying one way or the other? Basically, a sniopet of satire of ideas about contemporary machismo that we all learned – or totally missed the point of – in Fight Club. These service people are only serving you to disguise their purpose; they are, in fact, the secret engines of society! I might be reading too much into it, but as you guys noted, it’s a really weird left turn for the movie to take and it leaves your imagination to run wild.

And, of course, the violence tease that @anonymgeist mentions. That’s really the ace up Pig’s sleeve. It’s a movie about empathy in the wrapping of a violent revenge drama.

Yeah, your last line sums it up very nicely.

My takeaway from the fight club scene (me being a chef in Seattle, actually) was this. The fights are a place you can go to participate in, where you can offer yourself up for others in the industry to take their aggressions out on you. You put yourself up for auction, and folks bid on the right to deliver the beating, and you and Edgar split the take based on how long you last. Edgar tells him he has no worth in this world- he’s been gone too long, his name no longer carries any weight (specifically in relation to the fights, but symbolically for their food world, too). Robin goes in and puts his name on the wall, and a bunch of folks put down a little… and an old guy, looks like a maitre’d puts a lot of money on the floor, and goes to town. Edgar lets it go on for extra time, even. This tells us a few things- he’s definitely still recognized, for one, and he was probably something of the classic egotistical-asshole-chef-who-abuses-the-staff archetype back before he broke down and moved to the woods-that old dude had a grudge. This scene told me he wasn’t always the empathetic soulful character we see in this story. And he takes his punishment, because he thinks he deserves it on some level, and wears it for the rest of the movie.

Being a chef in the area (Seattle), I had an interesting time with the food stuff. That persimmon monologue? I swear I’ve said that, almost verbatim, to a prep cook before. I wonder if they lifted it from the Food Lover’s Companion, now I’m thinking about it. My first exposure to haute cuisine foams and bullshit from Modernist Cuisine (though at the time the books weren’t written and we called it Molecular Gastronomy) in a kitchen was like 15 years ago, and basically had to have that lunch convo with the chef with myself around that time- is this what I want? Is this what it means to cook at the highest levels, and is that desirable to me?

I was in Portland in October 2019, for my yearly trip down there for the HP Lovecraft Film Festival, and Cage was in town filming Pig at the time. Supposedly, he was hanging out in fancy kitchens (Le Pigeon) ‘learning how chefs see the world’ for the role. I’m pretty sure the “Fuck Seattle” in the script came from there, heh.

Great post! That’s a strong, detailed read of that scene.

And he takes his punishment, because he thinks he deserves it on some level, and wears it for the rest of the movie.

This is the key to it, of course. I can’t help but wish this same idea had somehow been portrayed differently. Setting it in a restaurant rather than an underground fighting/gambling ring for starters.

Seems to me the entire premise seems a play on the revenge movies, but with the restaurant biz replacing the drug empire. From strung out truffle runners up to the supply boss. Within which, the underground beat-up club makes more sense.

This is a movie with a weird mythical journey vibe and I totally love it.

The chapters, how Cage starts out as a hermit in the woods with a pig, but in society he is a [REDACTED]…and he has such a single focus and just continues on, completely ignoring his [REDACTED].

I watched this today. I concur with all previous statements: Cage’s best work in a while, great debut from Sarnoski, etc etc.

I used to work in FOH at some high-end restaurants and have worked under the prototypical tyrannical chef. Pig does a great job really showing that world. Rob disappeared 10 years ago, and customers are still brought to tears by memories of meals past. Past sous chefs still love and respect him and past fired sous chefs are like his children. Past FOH staff will pay to beat the crap out of him.

The truffle business is also pretty crazy. We used to have truffle brokers come by the store… it went down exactly like a drug deal with scales and big wads of cash on the table and everything!